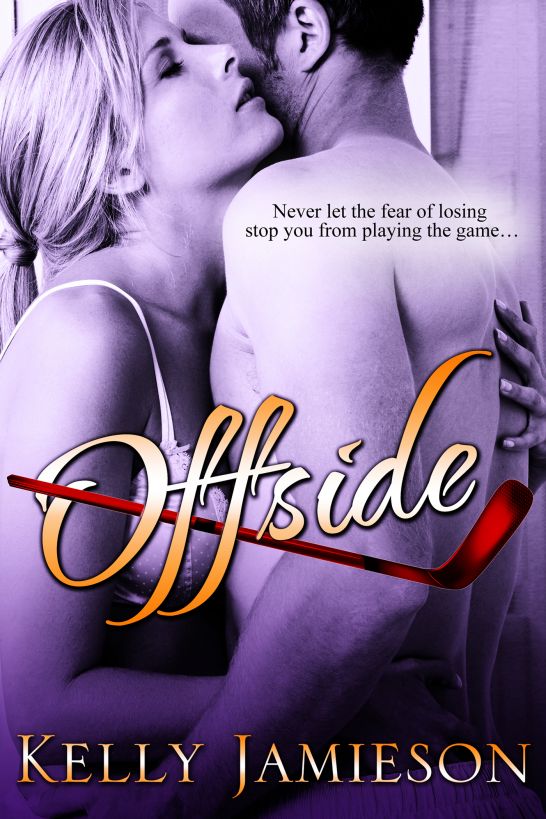 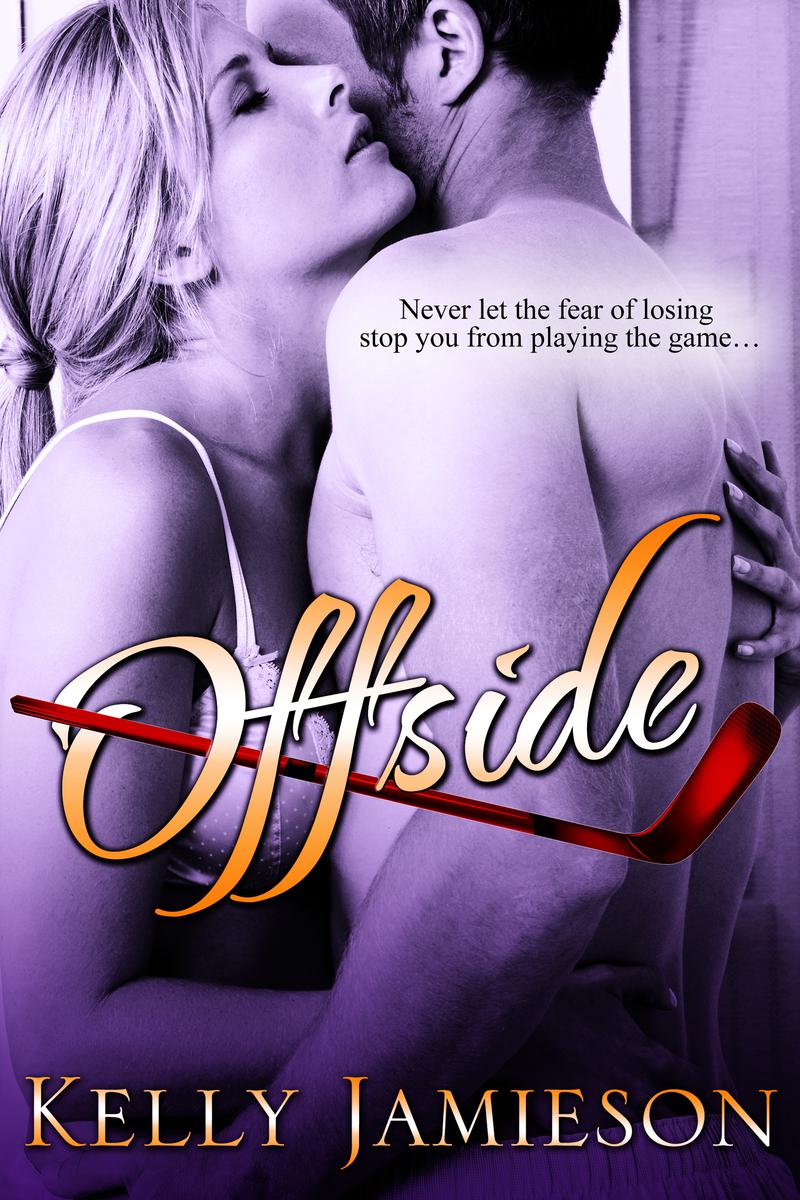 This book is a work of fiction. The
names, characters, places, and incidents are products of the
writer’s imagination or have been used fictitiously and are not to
be construed as real. Any resemblance to persons, living or dead,
actual events, locale or organizations is entirely
coincidental.

All Rights Are Reserved. No part of
this book may be used or reproduced in any manner whatsoever
without written permission, except in the case of brief quotations
embodied in critical articles and reviews

PRAISE FOR THE NOVELS OF KELLY JAMIESON

“
Ms. Jamieson is rapidly
becoming one of my favorite authors.”

“
Her characters are
intelligent, believable and heartwarming.”

“
Ms. Jamieson once again
gives the reader a richly detailed story that is brimming over with
sexual tension, intoxicating desires and intriguing carnal needs
that is edgy and psychologically intense…”

To
Sue Ellen Gower
—you are
so much more than an editor. You are a mentor who has taught me so
much, a cheerleader who wants me to succeed, and a partner in my
writing. I can’t thank you enough for all you have done for
me.

I also
want to thank my all readers who loved my Heller boys as much as I
do, and kept asking for more!

Other books by Kelly Jamieson

Things were finally going right for
him.

After working his ass off, sweating,
groaning through the pain, pushing his body hard, he’d never been
in better shape. He was getting closer to being ready to play
again.

Matt grinned as he stood in front of
his closet trying to decide what to wear.

A suit probably wasn’t necessary, but
a business meeting required more than just jeans, so he pulled out
a pair of dark dress pants and a button-down shirt. He rubbed his
jaw while looking in the mirror and decided against shaving. Once
dressed, he grabbed his wallet, cell phone and keys and headed out
the door of his luxury beachfront apartment.

This place felt more like a hotel than
a home, but it was close to the beach with a great ocean view
through a whole wall of windows, and had a huge pool and full gym,
so it worked for him.

He took the elevator to the
underground parking garage where his Porsche Boxter was parked, the
sweet new ride he’d treated himself to when he’d moved to Santa
Monica to play for the Condors.

There’d been a while when everyone had
been afraid he was never going to walk again, but he’d been
determined that was not going to happen. He’d busted his ass in
rehab, but it was all worth it.

His mood lifted even more once he was
cruising through Santa Monica traffic with the top down on his
Boxter, blue sky and sunshine overhead, palm trees lining the
streets. He hit the freeway but it didn’t take long to get to the
Santa Monica Coliseum. The Condors Community Foundation’s offices
were located in the Coliseum along with the offices of team
management. He entered and walked down the hall, pausing to greet
team owner Steve Holbrook outside his office. Steve was a hockey
legend, one of the greatest players ever, who’d bought the Condors
about ten years ago after he retired. Of course, every time he saw
Steve, Matt couldn’t help remembering the conversation they’d had
eight years ago, when Matt had been newly drafted and trying to
make an impression at summer development camp. The conversation
about Steve’s daughter Honey.

But that was a long time
ago.

Thinking about Honey just pissed him
off, so he didn’t.

He said hi to a few other office
people, including General Manager Rudy Thomas. Then he headed to
the boardroom where the meeting was to take place.

“Hey, Matt.” Trent Maitland, Executive
Director of the Foundation greeted him. “Grab a coffee if you like.
There’re donuts too.”

Matt poured a coffee from the carafe
set up on a sideboard, then moved to find an empty seat at the
board table. Some general chit-chat ensued as they waited for
everyone to arrive. The boardroom wasn’t exactly his comfort zone,
but whatever.

He leaned back in the leather chair
and sipped his coffee, turning his head at the next person to walk
into the room. Then his coffee stuck in his throat and he choked as
Honey Holbrook took a seat at the table.

Dressed in a black business suit,
blonde hair pulled back into a low ponytail, she calmly set a
leather-bound portfolio on the table, opened it to reveal a pad of
paper, and picked up a pen. She tucked a piece of hair behind one
ear and smiled at the people at the table. Then her eyes fell on
him.

Matt was ninety-nine percent sure his
own eyes were as bugged out as hers, especially since he was still
coughing on his coffee. Fuck.

They stared at each other for what
felt like about a year. Heat swept up from beneath Matt’s shirt and
into his face. Honey’s cheeks grew pink, probably equally as
warm.

Matt struggled to get control of his
breathing and smiled and nodded at everyone as they all made noises
of acknowledgement.

“And…” Trent looked at Honey. “You all
met Honey this morning.”

More smiles and murmurs of agreement
went around the room, but this time the smiles were tight and the
murmurs uncomfortable. Matt watched Honey. She still smiled, but
her fingers tightened on the pen she held.

“Matt, Honey Holbrook,” Trent
completed the introductions, not knowing no introductions were
necessary. “Honey has just joined the Foundation as a Programming
Coordinator. Dulcie will be going on maternity leave in a few
weeks…”

All eyes swung to a very pregnant
woman at one end of the table. She grinned.

“The plan is for Honey to help out
when Dulcie’s on maternity leave.”

Wait…what? Honey was taking over for
Dulcie? So he was going to be working with
her
? With Honey
Holbrook?
Fuck me.

Matt’s eye connected with Honey’s
again with a hard jolt. He saw her throat move as she swallowed,
her smile getting tense at the corners of her mouth, her eyes
shadowy.

Yeah, no doubt everyone in the room
knew her. Everyone in the fucking country…no, make that
continent…knew her from her wild escapades. Of course, she’d been
out of sight for quite a while now. Honestly, Matt couldn’t
remember the last time he’d seen her name come on up Twitter or
Facebook or any of the gossip blogs or tabloid magazines. Had she
been in hiding, or what?

Christ. He couldn’t work with her. For
one thing, she was a spoiled little rich girl who had no idea what
real work was. For another, they had…history. History that had not
ended well. Jesus.

He couldn’t take his eyes off her
hands, for some weird reason. Her fingers were long and slender,
nails short and unpolished, no rings. She kept playing with the
pen, which he couldn’t help but think showed some nerves.
Otherwise, she seemed calm, a poised smile firmly in place as she
listened to the conversation.

Which he was not doing.
Pay
attention, dickhead
.

Trent was still talking. “So, Matt’s
been doing a few things for some kids’ charities since he hasn’t
been playing, and we’re just getting going with a partnership
between the Foundation and a local school.”

“Yeah.” Matt dragged his gaze away
from Honey’s hands. “I like kids. It’s awesome to work with kids
who don’t get to play sports much. Also, when I was in the hospital
I got talking to some kids there, and it would be great to do some
work for the Children’s Hospital.”

“I was thinking about that too,” Honey
said. Her voice made his balls tighten. Soft, a little husky, so
fucking sexy.

“Honey just started today,” Trent
said. “We’ll have to give her some time to get
oriented.”

“I’ve been working on getting up to
speed on all the various organizations the Foundation partners
with,” Honey said. “There are some really great ones.”

Matt caught the eye roll of one of the
guys sitting at the table. Yeah, that was pretty much how he was
feeling too. How much time was going to be wasted because she had
no clue what she was doing?

“Of course, I didn’t realize that Matt
was going to be working with one of the groups that we’re looking
at partnering, but I’ve shortlisted a few local youth organizations
and community groups that I think would be great for us to
support.”

The guy leaned over to the woman
beside him and whispered something to her. She grimaced and nodded
and whispered back to him.