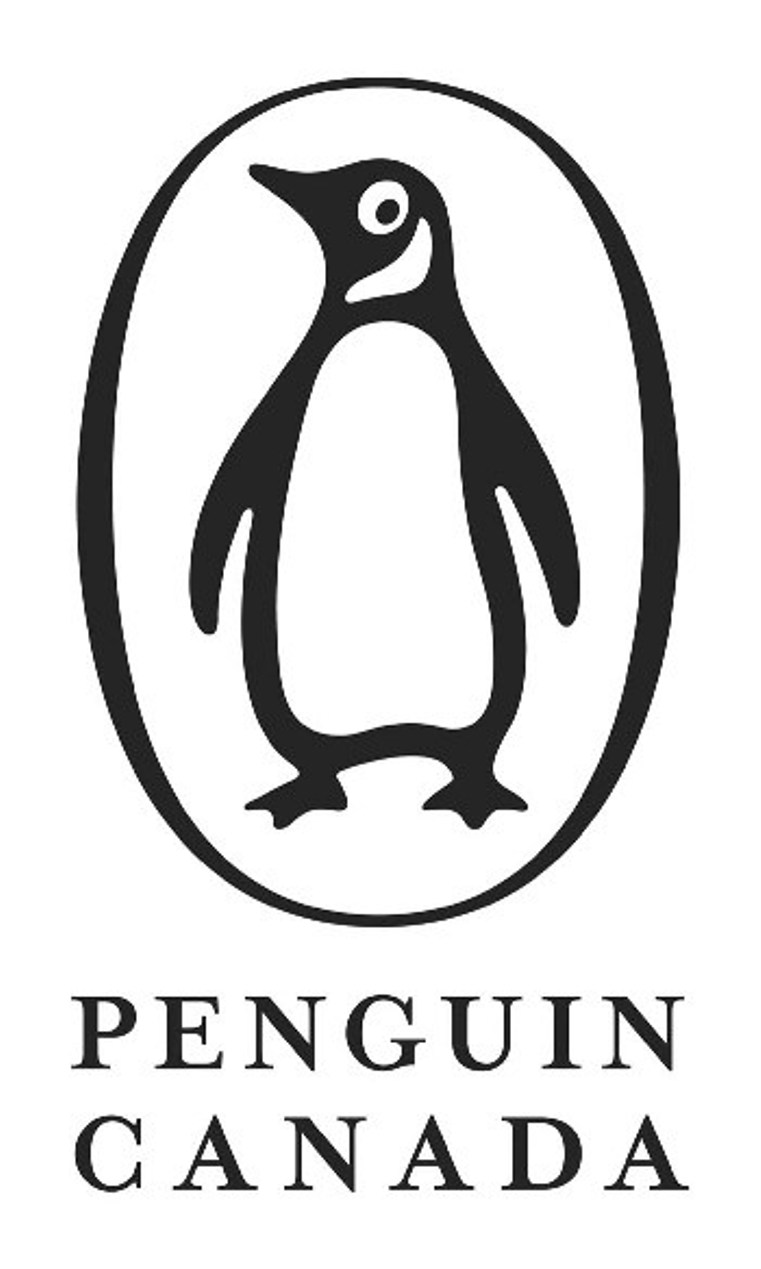 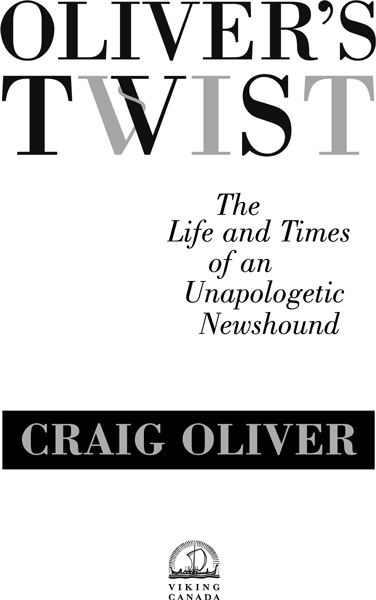 (a division of Pearson Canada Inc.)

Penguin is committed to publishing works of quality and integrity. In that spirit, we are proud to offer this book to our readers; however, the story, the experiences, and the words are the author's alone.

Oliver's twist : the life and times of an unapologetic newshound / Craig Oliver.

4Â Â Â Into the Canoes

A CHILD
OF
PRINCE
RUPERT

Their only child was born in Vancouver on November 8, 1938. When war was declared less than a year later, my father took his small family up the coast to Prince Rupert, where he found work in the suddenly busy shipyards. That job ended when a steel crate fell on his foot, severing two toes. There was no such thing as workers' compensation in those years, but the accident bestowed an unexpected benefit: His disability gave him an automatic deferment from military service.

My father soon launched himself into the more lucrative career of bootlegging. As a schoolboy, I boosted my popularity by supplying friends with premium Crown Royal bagsâdarkpurple velvet pouches with gold braided drawstringsâto carry their marble collections. No cheap whisky for my dad. Unfortunately, like many a good salesman, he was too fond of his own product; otherwise, we might have followed the example of the Bronfmans, who grew rich in the same trade.
Dad was smart enough; he and his buddies just drank the profits.

Murray Oliver was a handsome, good-natured man who impressed others with an easy charm and a sharp intelligence. An old beach photo shows him to be short and muscular, built like an athlete and with wavy dark hair. In his own world he was respected, and other men would approach him for advice or ask him to mediate disputes. He was twenty-five years older than my mother, Elizabeth Easton. Nevertheless they moved in together.

My mother was a lively brunette, short and slim but busty. She was one of four sisters, none of whom could be described as a great beauty, but she possessed a biting wit that did not spare those she regarded as fools, alongside an abiding empathy for those worse off than herself. Certainly, she was up for adventure. It's likely my father took us to Rupert not only for work but also to elude the law. He and an accomplice had been charged and convicted of fraud after trying to use counterfeit liquor rationing cards. There was no jail sentence, but the authorities were aware of his habits.

My grandparents are largely a mystery to me, all dead before I was born and rarely spoken of except in cryptic tones. Both families had emigrated from Scotland, the Olivers to Ontario, where my grandfather, Thomas, established a hardware store in Coppercliff, now a suburb of Sudbury, and the Eastons to Winnipeg, the birthplace of my mother. Her father, William Easton, eked out a living as a bill collector during the Depression. Trying to extract money from people who had none was no doubt soul wrenching. One day in Saskatoon, William walked into the path of an oncoming freight train. The family was scandalized when the local paper called it suicide.

Letters from William Easton to his four daughters survived him, poignant and loving messages mailed from small Prairie towns across his collection territory. Scribbled in dusty rail cars or crummy hotel rooms, they offer thoughtful moral advice on marriage and behaviour, yet they also carry a whiff of gathering gloom, a hint of chronic depression. Like thousands of impoverished Prairie women, his widow, Isabel, moved to the West Coast. There she opened a small bookstore in North Vancouver, but the family survived on the meagre earnings of her oldest son, David. All of the Eastons seemed to have a touch of melancholy. Dog-eared photos portray Isabel as a hard-faced woman gazing sternly at the photographer, the very picture of Scottish Presbyterian rigidity. Still, she wrote hopeful poetry despite a life of disappointment and privation.

The Ontario Olivers likewise went bust in the Depression and migrated to the West Coast. How my parents met or courted was never revealed to me. Whenever I asked my mother for details later on, she would feign memory loss or develop the vapours, and I could never raise the topic with my father.

Prince Rupert was still a frontier town when we landed there, originally the western terminus of the Grand Trunk Pacific Railway and the end of the line for Chinese rail workers whose children grew up to own the city's laundries, grocery stores, and popular eateries. Rupert boasts one of the world's best natural harbours, and the nineteenth-century rail baron and financier Charles M. Hayes intended that it should become the pre-eminent seaport on the West Coast. That dream died when Hayes went down with the
Titanic
, although Prince Rupert eventually came into its own as a port and staging centre.

As in many small northern communities of that era, classes and neighbourhoods were sharply divided. From their homes on Upper Third Avenue, a white-skinned elite controlled the town. They operated the law offices and banking institutions, the jewellery and ladies' wear stores, the movie theatres and car dealerships. Together, they attended meetings of the Chamber of Commerce, the Odd Fellows, and the Loyal Order of the Moose. Occasionally there were scandals, such as when a respected doctor ran off with a teenaged patient, or two Third Avenue merchants swapped wives and offspring. The gentry inhabited a separate world and did not mix much with the denizens of Lower Third Avenueâworking white families, the Chinese, and the nativesâexcept to sell them things and profit from their sweat.

The majority of Rupert's citizens lived by their own rules and worked at jobs full of risk to life and limb. Fishing and logging claimed victims every season, but bar fights and street brawls were equally lethal. A house without a gun was a rarity.

Natives occupied the lowest ranks in Rupert's caste system. At the Capital Theatre movie house and at most churches, natives were permitted to sit only in specially designated seats, the worst in the house at the Capital. That no one recognized this practice as blatant segregation did not make it excusable, even though many of the natives felt ownership in having their own seating and did not want to sit with white people anyway.

My family's own lot was humble. We lived on the second floor of a seedy apartment building, above a strip of Italian grocery stores and a dry cleaning establishment. A long staircase with a skylight at the top led to our one-room apartment. I played on the landing under the skylight until the day I accidentally
tumbled down the stairs and out onto the sidewalk. The bruises don't linger in memory, but my mother's cry of anguish has stayed with me. The apartment came with an icebox and wood stove, and my parents soon bought a gramophone.