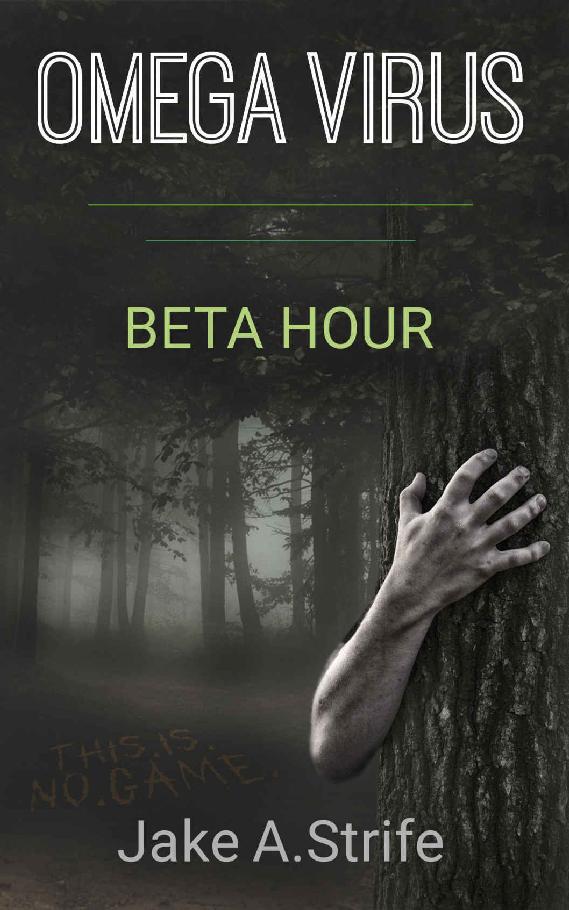 All rights reserved. No part of this book may be reproduced or used in any manner without the express written permission of the publisher except for the use of brief quotations in a book review.
This ebook is licensed for your personal enjoyment only. This ebook may not be re-sold or given away to other people. If you would like to share this book with another person, please purchase an additional copy for each recipient. If you're reading this book and did not purchase it, or it was not purchased for your use only, then please return to your favorite ebook retailer and purchase your own copy. Thank you for respecting the hard work of this author.
This is a work of fiction. Names, characters, businesses, places, events and incidents are either the products of the author's imagination or used in a fictitious manner. Any resemblance to actual persons, living or dead, or actual events is purely coincidental.

DEDICATION
Thank you Misty, for always supporting me, and never letting me give up.

About The Author
Jake is a YA writer, character artist, role-player, and avid gamer. His collection of novels are in the sci-fi/horror or fantasy genres. Throughout the years, he has written multiple short stories and various screenplays.

Jake was born in the `village´ of Bellaire, Ohio. As the population shrank, he knew he needed to get out or get caught in the trap of the average small town-if you don´t get out young, you don´t get out at all.

The earliest influences on his writing were survival horror video games, and sci-fi/fantasy novels. It was the thrill of a good scare and abilities above and beyond the scope of physics that drove his imagination.

For many years, Jake focused only on his artistic abilities and put writing aside. He eventually enrolled in an art school, but after taking a Story Writing course, he became serious about his work and eventually switched to Creative Writing at another university. He was twice published in the schoolís magazine, The Aviator, for his works, Book of Fate and Omega Virus.

Jake spends most of his time with his wife, and is always writing, drawing, or gaming.

LISTEN.
I always loved video games, and was good at them. Before, I even planned on majoring in Game Design; Survival Horror games were my favorite! So naturally, I thought I'd kick ass if the Zombie Apocalypse ever came.
AND THEN IT DID.
Now the virus runs through my veins. I can smell my friendsí flesh and blood. I'm infected, and they know it. It's only a matter of time; yet, they won't let me end my life. They think there's still a chance.
MY FRIENDS ARE WRONG.
The world is a Corpse-filled wasteland.
There are no extra lives, no continues, no cheat codes, one bite, and it's Game Over.
BE WARNED: THIS. IS. NO. GAME.

Groans came from the nearby
shufflers. As a fellow slave to normalcy, I gave them my full support. Mornings
at Milpeg High sucked. My locker jammed. I wedged my fingers into the
sliver of an opening and pulled harder. The door creaked in protest but held
fast.

Programming
class made my
Junior
year better. The joy of being
able to create and manipulate a world had become second to none, yet the locker
of doom stood in my way. I needed that book. I slammed my head into the door
and sighed.

I froze.
What did someone want with me?

I looked
back with caution; it had to be a trap. Tiffany Gainsborough stood a few feet
away with her hands on her hips, cheeks red, and out of breath.

Every day
she wore baggy jeans, some shade of violet t-shirt, and the same black baseball
cap turned backward, atop her hip-length hair; an incredible piece of work.

Both of us
being almost-loners, I likely had nothing to fear. She did have a few friends.
They called themselves, “The Gamer's Guild.”

She
rolled her eyes. “Don't call me Tiff. Only friends call me that.”

“Stop.
It's weird even talking to you.”

My heart
sank.
So much for meaningful conversation.

“Follow
me. I think there's something you'll want to see.” Tiffany pointed at the hall
to the alley.
A trap after all.
Her friends probably
wanted to beat me up.

I cocked
an eyebrow. “Why should I trust you?”

“Don't be
stupid. It wasn't my idea to get you. She just said you play survival horror
games.”

Two
things sparked my interest. One, Tiffany said 'she,' meaning another girl. And
two, I loved video games.

“Are you
coming, or not?” Tiffany tapped her foot.

With a
sigh, she turned to leave. Maybe I sounded too excited. I slung my backpack
over my shoulder and followed.

“I hope
it doesn't go,” Tiffany said. “And I hope those idiots haven't touched the
stupid dead thing.”

“You
know, it could have crawled away.”

Tiffany
broke into a jog, and I did my best to keep up. Running sucked.

Her urgency
unnerved me. She grabbed my arm and pulled me down the hall to the exit.
Without losing momentum, she kicked the door opened. I nearly tripped as we
made it to the empty alley. Nothing stirred or made a sound, not even a bird.

Tiffany
snickered. “Figures. They must have led it somewhere.”

“I'm
confused. You said something was dead. You can't lead a dead thing anywhere.”

Scraping
and a thud came from around the corner of the building.

Tiffany
pulled me again. “Come on.”

We ran
directly into her group: Dave Carnby, a short, fat guy with an affinity for
dragon button-downs; Jeff Mason, a tall, tough-looking senior; and finally
Jessie Bluefield, my Freshman year crush!

My heart
leaped into my throat. We made eye contact for a brief moment before I looked
away. How could I face her? I couldn't! Not since an incident at her birthday
party some years back. One bad swing of a piñata stick and you can never talk
to a girl again.

“You
brought that loser?” Dave snickered. “Jessie, don’t you stalk him around town?”

“N-no!”
Jessie argued. “I’ve never stalked anyone. I swear. I just asked for Zach
because he knows about this stuff.”

Jessie
and I locked eyes, but she quickly looked away, her cheeks turning rosy red.

Beneath
our feet, a dark and crusty substance led to the basement window.
A coagulated blood trail?
Only dead things had coagulated
blood.

“You
threw something dead into the basement, didn’t you?” I asked.

“It
looked like a mushy ball of flesh.” Jessie said. “We saw it just as it dropped
through the window!”

Jeff
shrugged. “I personally think it looked like road kill. There was no need to
get you.”

I crossed
my arms. “This is some kind of joke, right? Did you guys seriously kick a poor
dead animal down there?”

“This is
serious, Zach!” Jessie pleaded. “You’re brave. Will you tell us what it is?”

Dave
shoved me, “Check it out, but hurry! I’m hungry and the cafeteria is calling my
name.”

I stared
at the dark basement window. “What? Why me? We should just leave it to the
janitor!”

Tiffany
lifted the window. “We'll be right behind you.”

“Hell no,
I won't.” Dave crossed his arms, and took three large steps back. “I don’t deal
with dead things.”

Jeff
shrugged. “Ain’t worth it. Not for this guy.”

Tiffany
groaned. “Cowards! Don’t worry, Zach. I’ll be right behind you, even if these
jerks won’t.”

I handed
my backpack to Jessie.

“Be
careful.” She said, and pecked me on the cheek.

My
stomach tingled. Girls never worried about me.

As I
climbed through the window, I cursed under my breath. I misplaced my foot,
slipped, and landed on my tailbone. A sharp pain almost caused me to scream,
but the sticky substance I landed in, turned my stomach. I scrambled to my feet
and wiped my hands on my pants.

The dark
basement stank of must and something foul. Broken chairs and desks were strewn
around, along with old white boards and flat sports balls.

Tiffany
landed beside me and clicked on a small flashlight. She handed it over, and we
followed the blood trail. It ended near some old cabinets.

I sucked
in my breath as something squished nearby.

“I think
it's behind there,” Tiffany said.

I inched
forward, adrenaline pumping. Could it really be a dying animal? The spooky
basement stole my courage, leaving me trembling.

I
shouldn’t be afraid! It couldn’t be more than a poor dog, or cat.

Grasping
the first cabinet, I pulled to the side, but it came crashing down on top of
us.

We
struggled to get out from underneath, but we couldn’t lift it even an inch.

The
squishing stopped, and a scraping took over.

A
grotesque, bloody, lump crawled towards us from behind a sink. The disgusting
mass pulled itself using five bony digits. A partially crushed skull revealed
its brains through straggled hair, and its eyes were dull green and lifeless.

It looked
too human for comfort. The moving torso gripped something in its other hand
;
a twitching mouse.

Entrails
hung from the animal's body as the creature tore away a chunk of meat. It
chewed with an open mouth, revealing jagged, broken teeth. A long airy groan
scraped its throat.

It
dropped the mouse and pulled itself forward.

“Oh, my
God!” I said and put all my strength into pushing the cabinet.

Its
clawed hand came within inches, and the drooling thing hissed.

The
basement door opened, and the custodian stepped in. He held a broom in his hand
and squinted at us through the dim light.

“What the
hell are you kids doin' in here? Making out?”

Unaware
of the blood ball, he stepped right next to it and knelt down, lifting the
cabinet just enough. I crawled out.

The
creature grabbed the man and sank its fangs into his flesh. The blood-curdling
scream reverberated off the walls.

The
cabinet fell back onto Tiffany. She grunted, once again pinned. I crawled back
and stared as the blood ball’s head whipped around like a starving, rabid dog.
The muscular man fought, but it wouldn't let go.

“Help me,
you moron!” Tiffany cried.

I
searched for a weapon and found an old, aluminum baseball bat. Grabbing it, I
swung at the lump, crushing more of its head until the thing finally stopped moving.

“What in
the hell was that?” Tears streamed from Mr.
Murph's
eyes.

His wound
looked black and rotten. I met his terrified gaze, and then his eyes rolled
back into his head. He fell flat.

“Zach!
Get this off me!” Tiffany said.

I stepped
back, looking toward the window on the other side of the basement. I needed to
get out. I had a feeling Murph wouldn't stay dead for long.

Mr. Murph
opened his dull green eyes. He looked around like a newborn. I took his moment
of confusion to wedge the baseball bat under the cabinet. I pushed down,
lifting it, and Tiffany crawled out.

We ran to
the window. I held out my hand and boosted her. I jumped, but couldn't reach
the ledge on my own. The reanimated custodian stood and moaned, eyes fixated on
me.

Jessie
appeared in the window and saw Mr. Murph. She screeched and grabbed for my
hand. Jeff joined her.
Murph's
iron grip grasped my
ankle. I twisted and screamed, kicking hard.

He
snarled and pulled, but my shoe connected with his jaw and he crashed through
the broken desks.

I crawled
out of the basement as fast as I could, letting the window fall shut.

“What
happened in there?” Dave asked. “If someone died, I’m outta here!”

I
scrambled to my feet and looked around the alley expecting to see more like the
janitor at any moment.

Screams
erupted from within the school building, doubling and tripling as panic ensued.
The fire alarm blared.

I
swallowed hard. “It was a zombie!”