Read On Her Knees Online 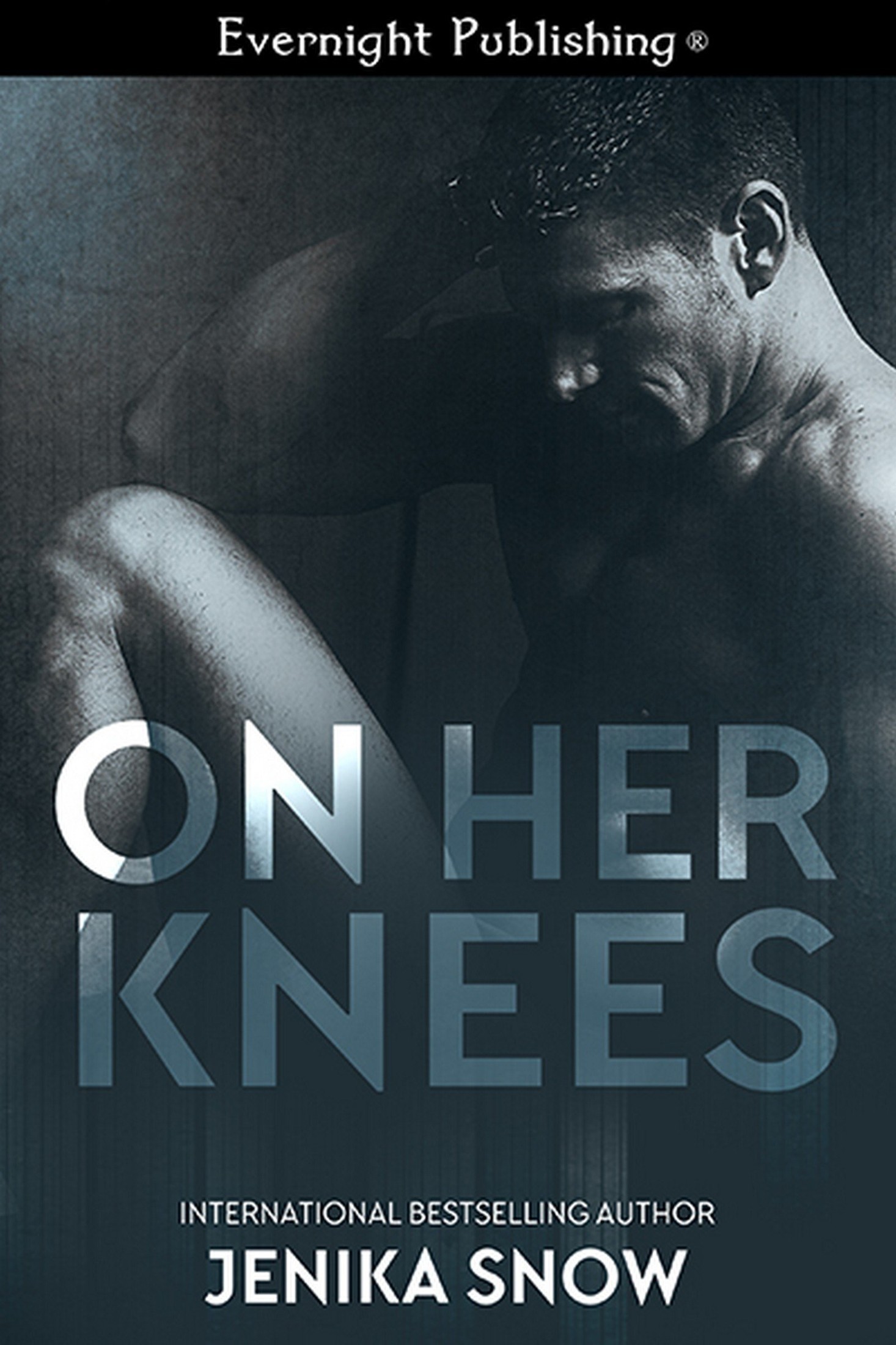 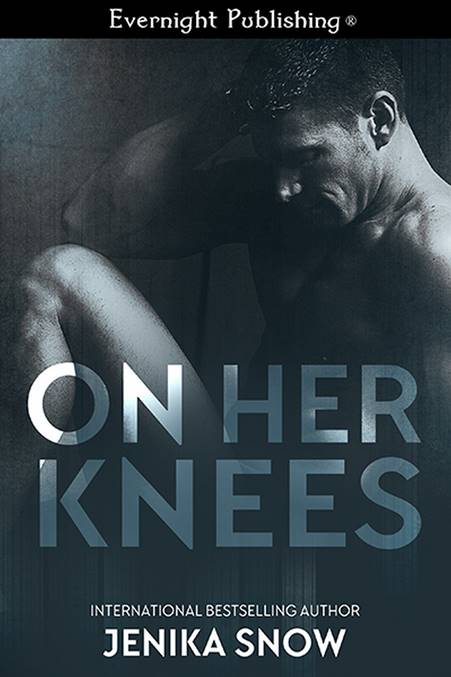 “You’re acting like a real prick
right now, Matthew. If you worked for me your ass would be fired.”

That
was the very first thing Karina heard when she’d come for her interview a year
ago. She should have known then that her boss, Viktor Port, was going to be the
hardest, most arrogant man she’d ever worked for. But to be honest, working at
the Imperial building on 54
th
Street, being able to put Viktor’s
name and company on her resume if and when she ever left, would be such a
benefit that she’d overlooked her employer’s asshole, and frankly frightening,
attitude.

“Honey,
he’s in a mood,” Barbara, Viktor’s longtime secretary said from behind her
desk, her tortoiseshell glasses down the bridge of her nose, and her salt and
pepper colored hair perfectly pinned back in a bun.

He’s always in a mood.

Despite
how Karina felt toward her boss, and the fact he scared her with his commanding
and arrogant attitude most days, he treated his staff well.

When you don’t piss him off, that
is.

Karina
stared at the closed double doors that led to his office, the wood smooth,
custom built, with engravings of his name, title, screaming out how powerful he
really was.

She
held the coffee mug in one hand and a bag of pastries in the other. Despite the
fact she could have ordered these and had them delivered from the shop down the
street, Viktor liked the ones that were twelve blocks over. That meant she had
to get to work, file his paperwork before he even got in, and then leave when
the bakery opened to make sure he had them fresh.

She
lifted her hand and pushed her glasses up, and finally moved toward his door.
Giving it three good knocks, she waited until he allowed her entrance.

“Come
in,” he all but roared out, and she immediately heard him start talking again
to someone else.

She
opened the door and shut it, closing her in with a man who had others’ knees
locking as they realized when up against him they would not succeed. He was
standing, had his back to her, and she could hear the slight murmur of someone
talking on the other end of the phone he held to his ear.

“I
don’t fucking care. If you don’t get those files to me tonight then the deal is
off, Brogan.” And then he hung up, just disconnected the call and tossed his
cell on his desk.

Karina
didn’t move for a second, and felt her pulse increase, as it did whenever she
was in the same room with him, the doors closed, and the full aura of him
consuming her.

“It’s
about damn time, Karina,” he said in that gruff, husky voice of his, the one
that had chills racing up her spine.

Viktor
was a gorgeous man, there was no lying about that, and no trying to pretend
otherwise. She’d heard people call him an asshole, cocky, determined, and, of
course, successful. He didn’t mince his words, and despite it maybe being
“unprofessional” that he cursed and had moments of pure rage when things didn’t
go his way, he did treat his staff well. Her benefits were incredible, her pay
was well above what she was qualified to make, and all she had to do was put up
with a very dominating man who liked to have his way in all things.

“You’re
ten minutes late with the coffee and pastries,” he said in an annoyed tone.

She
set the bag and cup on the table, and looked back down at the ground. “I’m
sorry, Mr. Port. They were doing construction, and then there was an accident.”
But even after she told him the truth, she knew excuses were not what he wanted
to hear. When silence greeted her after she finished speaking, she lifted her
head and looked at him in the eyes. He had the clearest, greenest eyes she’d
ever seen, and coupled with his impeccably styled short black hair he was
certainly gorgeous in every sense of the word.

The
three-piece suits he wore only seemed to enhance his overall strength, and
Karina didn’t try to lie and say it didn’t turn her on to see him wearing them.
She could see why they were called “power suits”. Like now, with his jacket off
and slung over his chair, the fact his muscles were so pronounced she could see
them through his white button-down shirt and vest had this tingling moving
through her. She felt so wrong wanting him the way she did, and although she’d
never show it or act on it, it was still slightly humiliating.

And
even his older age turned her on, made her want to be “taught” by him. At only
twenty-five compared to his forty years, it would seem taboo, maybe even
twisted to others if she actually had a chance with him. But she knew that
would never happen. Compared to the women that she knew he had around him
Karina would go as far as call herself frumpy. She certainly wasn’t a size
zero. No, compared to the models she knew he’d dated, her size sixteen frame
was overweight. Pushing her glasses up the bridge of her nose, she tried to
seem unaffected by him, but she honestly didn’t know if he saw right through
that.

God, you have problems.

He
was still staring at her as he drank his coffee, and she didn’t know whether to
leave or stay. He had no problems barking out orders, and usually when he was
finished with his staff he made sure to tell them to leave, in so many words.
Did he want something else from her? Was he seriously pissed she was ten
minutes late? To some it would seem ridiculous, but in the world he lived in,
where time was literally money, she supposed she could see why things being
later made him upset.

“Is
there anything else you need from me, Sir?” She had her hands behind her back,
her fingers twisted together. She was even still wearing her jacket because
she’d rushed up here with his coffee and pastries to make sure she wasn’t any
later.

He
set the cup down and moved behind his desk to take a seat, all the while
watching her intensely. Karina swallowed, the silence between them thick,
heavy.

The
way he said her name always had goosebumps moving along her arms. His voice was
so deep, with a slight huskiness to it that had her thinking really
inappropriate thoughts most of the time.

“Sir”
was the title he’d asked her to use shortly after she started working for him.
It was also the title no one else called him. The rest of his staff used Mr.
Port, and only his closest friends and associates called him by his given name.

No,
she was the only one asked to call him Sir.

She
turned and left, not showing emotions, and only breathing out when she got to
the file room. There was something darkly engrossing about him, and she didn’t
know why he was the one to bring out this arousal and this crazy sexuality
within her.

It
frightened her to a point, but also turned her on like nothing else she’d ever
experienced.

Viktor
stared at the doors long after the closed, the scent of Karina still
surrounding him. He picked up his cup and took another drink. His dick was hard
like a fucking piece of granite, pressed to his zipper, and his balls drawn up
tight.

Yeah,
he’d been thinking about that, envisioning it as she stood on the other side of
his desk, acting so fucking submissive it made his blood beat in his ears.

He’d
wanted her from the moment he hired her. She certainly wasn’t the type of woman
he normally went after, which were the confident, experienced women that had no
problem submitting to a man like him. But Karina was a natural submissive. She
only spoke to him when addressed, her whole demeanor screaming acceptance of everything
he said. She obeyed him without a fault, and despite the fact it was her job to
do what he said, Viktor still got fucking hard every time she called him “Sir”.

This
sick, he’d even say perverted, part of him loved that she
had
to obey him. He supposed she could have told him to fuck off
with all of his demands, but she was naturally compliant, genuinely timid, and
he loved it, got hard from it. For the last year, since she’d been working for
him, it was her image that Viktor had been jerking off to. He had women at his
feet, could screw a different female every night if he decided to, but he
wasn’t going to lie about what he wanted from Karina.

He’d
grown obsessed with her, plain and simple, and he knew until he had her in his
bed, under him, and submitting to him, he wouldn’t be able to get over this
need he had churning inside of him. He just didn’t know when he’d be able to
coax her, show her that being with him wasn’t the worst mistake she’d ever
make. And he wasn’t sure enough of himself and what he wanted to say without a
doubt actually having her would dim the obsession.

No,
he even thought it might make it worse. She’d grown to be on his every thought,
fill his every fantasy, and it made him pissed because he couldn’t seem to
focus on anything else.

He
glanced at the painting on his office wall. It was an abstract design of a
woman dancing, her red gown moving around her, fading into the canvas.
Inspiration struck him, and he knew what he wanted to do, how he’d see if
Karina would come to him … be with him in every way imaginable.

It
would go against company policy, be breaking a code of ethics because she was
his employee, but at this point Viktor didn’t give a fuck. That was how badly
he wanted her.