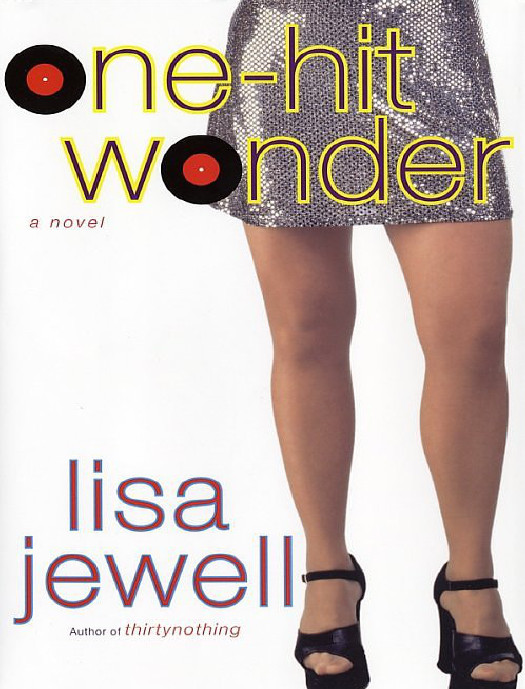 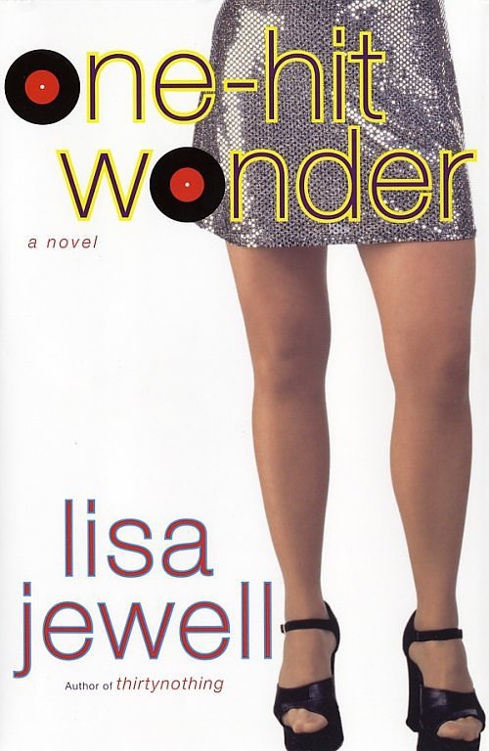 To my mother, Kay, and my father, Anthony,
with deepest love

I never expected to have a sister. I was eleven years old when you
came along and thought that the world revolved around me.

Everyone expected me to be so jealous of you but I loved you from
the first moment I set eyes on you. You were so tiny and weak in
that incubator and I thought that I would die if anything
happened to you. I’d just started my periods at the time and I
remember thinking how I could have been your mother. When you
came home I wanted you all to myself. I thought you were mine. I
didn’t let Mum get near you. You were so precious and perfect,
like a tiny little doll
—
almost like you were custom made for my
small arms. And you were such a good little girl. So obedient,
always happy to tag along with me and run errands for me. You
even gave me my name
—
Bee. I’d always hated Belinda, and then
one day you were calling after me and you called out Bee and it
stuck. I’ve been Bee since that day and I can’t imagine a time
when I was called anything else.

You probably don’t remember much about the few years we
lived together on Main Street. But I do. I remember everything.

And you and I were very close. After Dad left I felt like I was all
alone in the world. And then when Mum remarried I felt
completely abandoned. Until you came along. You were my little
sister and I loved you. I’ll never forget your face when I left, the
tears running down your cheeks and the way you insisted I
take
your rabbit, William. Do you remember him? I’ve still got him,
you know. He sleeps beside me, on my pillow. I always used to
think he brought me good luck, but I’m not
so
sure anymore. . . .

You were four years old when I left and you thought I was
abandoning you. I want to explain to you now why I had to leave.

Life with Mum was unbearable, obviously, but it wasn’t just
that. There was so much I wanted to do with my life and none of
it was in Devon
—
it was all in London. But, if I’m to be
completely honest with you
—
and I may as well be, now
—
I’ve
nothing to lose
—
the main reason I left was because I was jealous
of you. For having Bill. Your very own father. And even when you
were tiny you looked just like him and there was this huge bond
between you. I had no one. Only Mum and . . . well, you know.

I wanted to be with my father. So I left and went to live with
Dad in London, and as much as it broke my heart to leave you
behind, it was the best decision I ever made. I loved my father so
much, Ana, and I’m in pain thinking about how you must be
feeling now, without Bill. He was a wonderful, kind, and
gracious man. He was gentle and quiet, like you, and I can’t tell
you how sorry I am for you. I also want you to know that it does
get better. The pain does go away. Eventually. It really does. I
won’t be at the funeral, Ana. It’s all too complicated, as I’m sure
you’re aware, but I want you to know that I’ll be thinking about
you every single second on Thursday.

I think about you often, Ana. I don’t know what you’re doing
now or who you’re with or anything. But I often wish you were
here. I should have written before, I know that. We should have
kept our bond, but circumstance and Mum and all that stupid
ephemeral stuff seems to have gotten in the way of us being what
we used to be
—
sisters. I’d love it if you came to visit,
Ana
—
came to stay with me. I’m living in a beautiful flat in
Belsize Park (that’s posh, by the way!) and I’ve got a cat and a
motorbike. I think you’d love London. You were always such a
shy little thing. So nervous. Sometimes you need to take yourself
out of a familiar situation and throw yourself into the unknown
to get to know
yourself properly, to find out who you really are.

God
—
listen to me
—
I’m acting like time stood still after the last
time I saw you, like you’re still thirteen! You’re probably living
in New York or trekking through the Himalayas or something
right now. But somehow, Ana, I can’t quite imagine it. . . .

It’s hard to imagine at your age, but one day you’ll be thirty-six years old
—
it’ll happen before you know it. You won’t have
any youth left to look forward to
—
it’ll be behind you and you’ll
wonder where the hell it went. Don’t waste it, please. I’ve realized
that I was never meant to be middle-aged. Every night, when I
stand in the bathroom brushing my teeth, I look in the mirror and
I cry, because it’s the end of another day. It’s like a little death,
every day. Music doesn’t move me anymore. Kind words and good
friends and happy days don’t move me. The thought of the future
doesn’t move me. There’s no magic left in anything. What I’m
trying to say is this
—
youth is so fleeting
—
now’s the time to take
risks. Did you keep up your music lessons? The guitar? And
singing? You must be so brilliant by now
—
it wouldn’t surprise
me if you were a hundred times more talented than me. Well, it
wouldn’t surprise me if anyone was more talented than me, but
that’s a different story!

And I’ve grown up a lot. I’m not that ambitious, greedy, hard-nosed girl I used to be. Things have happened over the years.

Terrible things. Things that change a person beyond recognition.

Things that I could never tell anyone about. And I’m humbler
now and hopefully I’m nicer, too. God, I’m rambling. Sorry. All
I’m trying to say is that I’d love to spend some time with you.

Here, in London. I know you probably feel like you don’t owe me
anything, and you don’t. I’ve been a terrible sister to
you
—
selfish, self-serving, thoughtless. But I’ve always loved you,
and nothing would make me happier than to spend some time
with you now. Show you my world and the new, improved Bee. I’d
love to see London through your eyes
—
it might reawaken the
magic within me. . . . And to get to know you. Yes
—
mostly, I
want to get to know you.

I don’t expect to hear from you again. But nothing would make
me happier. I want this very much.

My thoughts will be with you tomorrow. Please say a prayer for
Bill from me.

Bee hissed under her breath at the sack-of-potatoes cabdriver sitting there in all his Rothman-breathed, greasy-haired splendor while she hoisted boxes and boxes of stuff from the back of his station wagon. Then she turned to hit Mr. Arif, the corpulent and slimy property agent who was grinning at her from the front step, with one of her sweetest smiles—

when what she actually wanted to do was put his repellent testicles into a pants press and squeeze them till they popped.

It was one of those days. Wild and wooly. The sky was an intense blue and full of overfed clouds being dragged across the sun by an insistent wind, and it was bitterly, almost sadistically, cold.

Mr. Arif sucked in his gut to let her squeeze past in the doorway and smiled at her lasciviously. Bee nearly gagged on the smell of his liberally applied aftershave.

“Maybe, Mr. Arif,” she began sweetly, “it would be easier if you waited for me in the flat.”

“Oh yes, Miss Bearhorn, of course. I will await you.

Upstairs.” He backed away, grinning at her as if she were the answer to all his prayers. And in a way, she was. She’d phoned him that morning, asked to see a selection of flats, looked at this one off Baker Street just an hour after their phone conversation, told him she’d take it, gone back to his office, filled out some papers, given him cash for three months’ rent in advance, and was now moving in a mere four hours after first contacting him. He’d probably never had to do so little for his commission.

It really was a bloody miserable flat, but with the meter running on the cab and John threatening to do something unmentionable in his cat box at any minute, time to find the perfect flat hadn’t been a luxury available to her. And, besides, she quite liked the anonymity of the area around Baker Street. The blandness of it. There was no “scene” in Baker Street, no vibe, just streets of blank-faced apartment houses full of foreigners and retired people. In her current state of mind, Bee wasn’t ready to fall in love with a neighborhood again. And, anyway, this was only going to be temporary, just six months to get her life back together, make some money, and then she might even buy a place somewhere.

An elderly lady with intricately curled silver hair and a tartan-jacketed dachshund was waiting outside the lift as Bee made her way up with John in his carrier. She smiled at Bee as she pulled open the metal gate and then down at John.

Bee smiled at her warmly. Any friend of John’s was a friend of hers.

“What a beautiful creature,” the woman said, “what d’you call him?”

“John? Goodness. That’s an unusual name for a cat. What type is he?”

Bee stuck a finger between the bars of John’s carrier and played with the fluff on his chest. “He’s an English blue. And he’s the best boy in the world. Aren’t you, my little angel?” John rubbed himself against her finger, purring loudly.

“And who’s this?” Bee asked, addressing the small, bizarrely shaped dog sitting at the old lady’s feet. She didn’t really want to know but thought it only polite, having discussed her own pet in such detail.

“This is dearest Freddie—named after Freddie Mercury, you know?”

“He loves Queen, would you believe? He can howl his way through the whole of ‘Bohemian Rhapsody.’ ” She chuckled and eyed her pet affectionately.

Well, thought Bee, you never could tell about people, you really couldn’t.

“Oh good,” said the old lady, “then we shall be neighbors.

I’m at twenty-nine. And it’s about time we had a new young person about the place. There’s too many old people in this house. It’s depressing.”

“Well, dear—when you get to my age, just about everybody seems young. Alone, are we?”

“I beg your pardon.”

“Are you moving in alone?”

“Oh well. A beautiful young thing like you, I shouldn’t imagine you’ll be alone for long.” She squeezed Bee’s arm with one tiny crepey hand and shuffled into the lift. “Anyway.

I’d better get going. It was charming to meet you. My name is Amy, by the way. Amy Tilly-Loubelle.”

“Bee,” said Bee, feeling for once like her name wasn’t quite so whimsical, “Bee Bearhorn.”

“Well—nice to have met you, Bee—and John. See you around.”