Read One of Us Is Next Online

Her voice breaks again. “But the game kept going. Then Brandon died and…” Tears start falling fast, streaming down her face and onto her dry, cracked lips. “I didn’t know what to say or do. I was so scared all the time. I started drinking to try to calm down, and then I couldn’t stop. I broke my phone and threw it away because I thought it might get me in trouble. And I’m
sorry,
I’m sorry for everything, I’m so sorry.” She crumples against Mom, who holds her gingerly, like she’s not sure how Emma is supposed to fit against her anymore.

I squeeze my eyes shut so I won’t cry, too. It’s all beyond horrible. All I can think is
This never would have happened if Emma and I were still close. Emma and I would still be close if Dad hadn’t died. Dad wouldn’t have died if it weren’t for Brandon.
It’s the worst kind of vicious circle, and I’m starting to see how it could take over your mind.

Martin lets Emma cry for a few minutes, sifting through his folder until her sobs turn to sniffles. When she finally detaches from Mom and wipes her eyes, he says, “I know that was difficult. Are you all right to continue?” She nods. “Can you tell me exactly when you stopped corresponding with Jared? The date and, ideally, the time?”

Emma takes a shaky breath. “I mean—it was pretty much right after the text about Phoebe went out. I spent the night at my friend Gillian’s house, but I couldn’t sleep. I started messaging Jared, and we argued until he agreed to stop the game. I logged off and went to bed, right before midnight, I think. That’s the last I ever spoke to him.”

Martin’s looking at the papers in front of him. “That would be February nineteenth, then. Is this the conversation you’re referring to?” He hands Emma a sheet of paper, and she nervously licks her lips as she takes it.

“Are these printouts?” she asks. “Of our ChatApp conversations?”

“Yes,” Martin says. “Pulled from the burner phone Jared used. Just skimming them, it looks like they’re consistent with what you told me, right up through February nineteenth. As you stated, you asked him to stop the game and, after some initial dissent, he agreed.” For the first time since I met him, the lines around Martin’s mouth get grim. My skin starts to prickle even before he says, “But after that, we have a problem.”

“What do you mean?” Emma licks her lips again as Martin holds up another sheet of paper.

“This is a transcript from the morning of February twentieth,” he says. “When the conversation between ‘Phoebe’ and Jared started right up again.”

My stomach drops as Mom says,
“Emma,”
in a low, warning tone. Emma turns to her, wide-eyed, and Mom adds, “You need to tell Martin everything.”

“But I did,” Emma insists, looking shocked. “That’s not possible. Let me see.”

Martin hands her the paper, and I edge closer so I can read it, too.

Phoebe:
Sorry about what I said earlier. I didn’t mean it.

Jared:
Didn’t mean what? That I’m “too extreme” and you’re out?

Phoebe:
Yeah. I freaked for a sec but I’m on board now.

Phoebe:
Let’s do this.

“No, no,
no
!” Emma drops the paper like it’s on fire, staring at it with what seems like genuine confusion. “That’s not me. I never communicated with Jared again after the night at Gillian’s.” She looks beseechingly between Mom and Martin, like she can get them to believe her through sheer force of will. “I swear to God. I swear on Dad’s
grave.
Can’t you…I don’t know, check the IP address or something?”

Martin looks grim again. “I’ll see how trackable the technology is, but messaging apps are tricky. Now, if we had your phone, we could possibly work with that. Is your device entirely unsalvageable?”

Emma flushes and drops her eyes. “Yeah. I smashed it with a hammer and threw it into a dumpster. I don’t even know where it is anymore.”

“I see.” Martin’s tone is calm, but he can’t be happy about that.

Mom leans forward, her voice tense. “Isn’t it possible this young man wrote all those chat messages to
himself
once Emma stopped talking to him?” she asks. “He’s obviously disturbed.”

“It’s possible,” Martin says. “Jared was certainly under an enormous amount of mental strain from his brother’s arrest, his father’s illness, and his mother’s suicide. That may be a theory worth advancing, particularly if the later correspondence shows a marked difference in speech patterns.”

Emma stretches out her hand like a drowning person who just spotted a life preserver. “Can I see more of them?”

“Of course.” Martin hands her a sheaf of papers and a pencil. “Here’s the rest of the February twentieth conversation. If you see anything that strikes you as dissonant, make a note.”

Emma starts reading, and I do the same. After “Phoebe” returns and promises to keep the game going, Jared spends a good half page patting himself on the back for his brilliance. “Phoebe” agrees—and as I read those responses, a tiny spark of hope takes hold of me. This truly doesn’t seem like Emma’s messaging style. “Phoebe” is using way too many
lol
s and question marks, for one thing. And the flattery toward Jared seems excessive. Could Mom’s Hail Mary theory actually be right?

Then I read to the bottom of the page.

Jared:
This game is genius. You can make people do whatever you want.

Jared:
Doesn’t matter how strange it is, people will do it.

I swallow my gasp just in time. My heart starts pounding, so hard that it’s physically painful, as I read the last sentence again. Not bizarre.
Bazaar.
I glance at Emma, whose face has gone red and splotchy. When her eyes meet mine, I know she’s seen it too.

I’m frozen in my chair. I have absolutely no idea what to say or do. I just keep thinking about all the little things that meant nothing until now:

My sneaky brother always listening at our doors.

My tech-savvy brother networking all our devices.

My lonely brother hanging out at Café Contigo, where Maeve told Bronwyn what happened between her and Knox.

My sad brother saying
Our family is ruined
after Emma and I fought about Brandon.

And, oh yeah. My spelling bee champion brother making a rare yet memorable error. The reunion between “Phoebe” and Jared happened before I’d had the chance to correct him.

I’m starting to feel light-headed and take a deep, steadying breath as I mentally slot my brother into the events of the past few weeks. He fits. Owen could have been monitoring Emma’s conversations with Jared all along—everything from our father’s accident, to plans for the Truth or Dare game, to Emma’s decision to pull out. And when she did, he could’ve easily stepped in. He probably would have been a lot more careful about covering his tracks than Emma was, too. The whole thing must have seemed like a video game to him: the ultimate
Bounty Wars
challenge, planning one move after the other.

Right up until Brandon died.

Emma lays the sheet of paper on the table so carefully that you’d have to be watching closely to see her hand tremble. “Can I see the last page, please?” she asks. “The very end of the transcripts?”

Martin thumbs through the sheaf he’s holding and hands it to her. “Correspondence stops the day Brandon Weber died,” he says.

I force myself not to look at Emma as we both start to read:

Phoebe:
That wasn’t supposed to happen.

Jared:
Sure it was. It’s what you wanted.

Phoebe:
I…don’t think I did.

Jared:
But we’re only half finished. Now it’s my turn.

Then it ends. I don’t move except to shift my gaze toward Emma, waiting for her reaction. She meets my eyes again, and for the first time in years, we have a conversation with no words. Just like we used to when we were kids, reading the thoughts written across one another’s faces. Invisible to anyone else, but perfectly clear to us.

Emma glances down, notices the undone button on her oxford shirt, and neatly fastens it. Then she looks up, pale now but composed, and pushes the transcript toward Martin. “I think my mother is right,” she says. “Jared is delusional. This is nothing more than him talking to himself once I stopped speaking to him. And nobody can prove differently, can they?”

One of us is lucky, and by that, I mean me. In my third book, I not only got the chance to revisit characters and a setting that I love, but I did it with the same phenomenal publishing team that has supported me from the start.

Endless thanks to Rosemary Stimola and Allison Remcheck for seeing the spark of possibility in that early query for
One of Us Is Lying
and for guiding this sequel (along with my career) with such insight and care. There’s no one I’d rather have in my corner.

Krista Marino, sometimes I try to imagine what my books would look like without your editorial brilliance, but that’s too terrifying a thought for this thriller writer to contemplate for very long. Thank you for helping me find the beating heart of “the Maeve book” and build a story that could both follow its older sibling and stand on its own.

Thank you to the incredible staff of Penguin UK, especially Holly Harris, Francesca Dow, Ruth Knowles, Amanda Punter, Harriet Venn, Simon Armstrong, Gemma Rostill, and Kat Baker, for being my literary home away from home. I hope we publish many more books together, and not only because that will mean more personalized cupcakes.

Thanks also to Jason Dravis, my amazing film agent, and to the agents who helped this book find homes around the world: Clementine Gaisman and Alice Natali of Intercontinental Literary Agency, Bastian Schlueck at Thomas Schlueck Agency, and Charlotte Bodman at Rights People. Thank you also to John Saachi and Matt Groesch of 5 More Minutes Productions and Pete Ryan and Erica Rand Silverman at Stimola Literary Studio. Huge shout-out to my amazing critique partners Erin Hahn, Meredith Ireland, and Kit Frick for helping me make sense of early drafts, and for being generally awesome people and friends.

Special thanks to my brother-in-law Luis Fernando for your help with translation, and thanks to the rest of my family for all your support: Mom, Dad, Lynne, Jay, April, and Julie. Lots of love to the next generation, who continually impress me with the young adults you’re becoming: Kelsey, Drew, Ian, Zachary, Aiden, Shalyn, Gabriela, Carolina, Erik—and my son, Jack, who is funny, loyal, kind, and officially taller than me.

Finally, thank you to all the readers who keep coming along on this journey with me, because none of this happens without you.

Karen M. McManus earned her BA in English from the College of the Holy Cross and her MA in journalism from Northeastern University. She is the
New York Times
bestselling author of
One of Us Is Lying, Two Can Keep a Secret,
and
One of Us Is Next.
Her work has been published in more than forty countries. 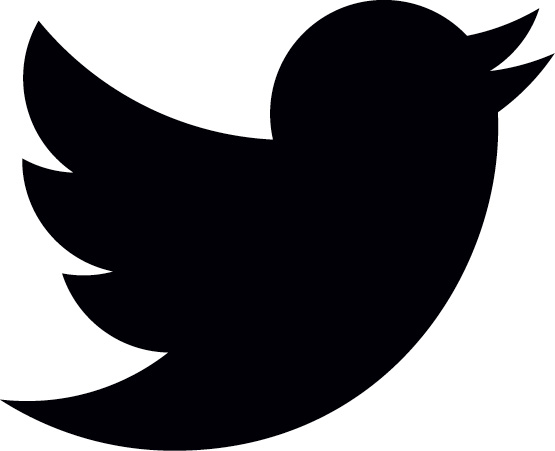 Golden Earth by Norman Lewis
Spy Mom by Beth McMullen
Mercenaries of Gor by John Norman
Bond, Stephanie - Body Movers 05 by Jill
The Annihilation Score by Charles Stross
Stages by Donald Bowie
The Midnight Dress by Karen Foxlee
Something Different by T. Baggins
My Wild Highlander by Vonda Sinclair
The Suspicions of Mr. Whicher: A Shocking Murder And The Undoing Of A Great Victorian Detective by Kate Summerscale
Our partner