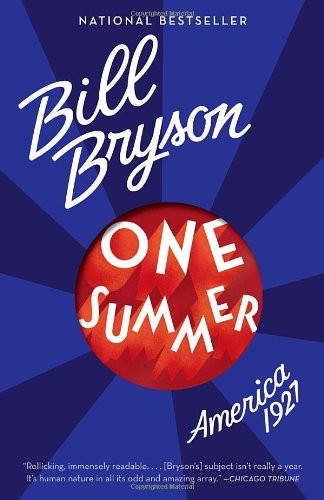 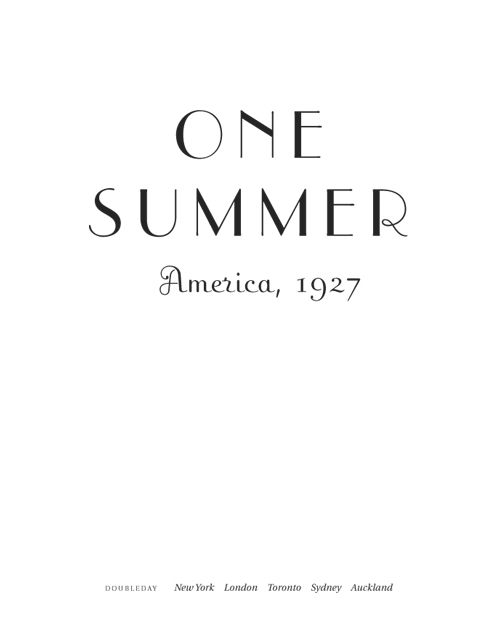 DOUBLEDAY and the portrayal of an anchor with a dolphin are registered trademarks of Random House LLC.

This page
constitutes an extension of this copyright page.

To Annie, Billy, and Gracie,
and in memory of Julia Richardson

Notes on Sources and Further Reading

On a warm spring evening just before Easter 1927, people who lived in tall buildings in New York were given pause when the wooden scaffolding around the tower of the brand-new Sherry-Netherland Apartment Hotel caught fire and it became evident that the city’s firemen lacked any means to get water to such a height.

Crowds flocked to Fifth Avenue to watch the blaze, the biggest the city had seen in years. At thirty-eight stories, the Sherry-Netherland was the tallest residential building ever erected, and the scaffolding—put there to facilitate the final stages of construction—covered the top fifteen stories, providing enough wood to make a giant blaze around its summit. From a distance, the building looked rather like a just-struck match. The flames were visible twenty miles away. Up close, the scene was much more dramatic. Sections of burning scaffolding up to fifty feet long fell from a height of five hundred feet and crashed in clattering showers of sparks in the streets below, to the gleeful cries of the spectators and the peril of toiling firemen. Burning embers dropped onto the roofs of neighboring buildings, setting four of them alight. Firemen trained their hoses on the Sherry-Netherland building, but it was a token gesture since their streams could not rise above the third or fourth story. Fortunately, the building was unfinished and therefore unoccupied.

People in 1920s America were unusually drawn to spectacle, and by ten o’clock that evening the crowd had grown to an estimated one hundred thousand people—an enormous gathering for a spontaneous event. Seven hundred policemen had to be brought in to keep order. Some wealthy observers, deflected from their evening revels, took rooms in the Plaza Hotel across the street and held impromptu “fire room parties,” according to the
New York Times
. Mayor Jimmy Walker turned up to have a look and got soaked when he wandered into the path of a hose. A moment later a flaming ten-foot-long plank crashed onto the pavement near him and he accepted advice to withdraw. The fire did extensive damage to the upper reaches of the building but luckily did not spread downward and burned itself out about midnight.

The flames and smoke provided some welcome diversion to two men, Clarence Chamberlin and Bert Acosta, who had been flying in circles in a small plane above Roosevelt Field on Long Island since nine thirty that morning. They were doing so in an attempt to break the world endurance record set two years earlier by two French aviators. This was partly a matter of national honor—America, birthplace of aviation, was now hopelessly behind even the smallest European nations—and partly to confirm that planes could stay up long enough to make really long flights.

The trick of the exercise, Chamberlin explained afterward, was to squeeze maximum mileage out of the plane by adjusting the throttle and fuel mixture to the point at which the plane was just able to remain airborne—keeping it “on starvation rations,” as Chamberlin put it. When he and Acosta finally glided back to earth, shortly before one o’clock in the afternoon of their third day aloft, they were essentially flying on vapor. They had been continuously airborne for fifty-one hours, eleven minutes, and twenty-five seconds, an advance of nearly six hours on the existing record.

They emerged grinning from their plane to the approving roar of a large crowd. (People really did gather in enormous numbers for almost any event in the 1920s.) The two triumphant pilots were tired and
stiff—and very thirsty. It turned out that one of their ground crew, in a moment of excited distraction, had left their canteens filled with soapy water, so they had had nothing to drink for two days. Otherwise the flight was a great success—great enough to be the main story in the
New York Times
on Good Friday, April 15. Across three columns the headline declared:

They had flown 4,100 miles—500 miles more than the distance from New York to Paris. Just as significantly, they had managed to get airborne with 375 gallons of fuel, an enormous load for the time, and had used up just 1,200 feet of runway to do so. All this was extremely encouraging for those who wished to fly the Atlantic, and in the spring of 1927 there were many, like Chamberlin and Acosta, who most assuredly did.

By a curiously ironic twist, the event that left America far behind the rest of the world in aviation was the very one that ensured its dominance in so many other spheres: the First World War.

Before 1914, airplanes barely featured in military thinking. The French air corps, with three dozen planes, was larger than all the other air forces in the world put together. Germany, Britain, Italy, Russia, Japan, and Austria all had no more than four planes in their fleets; the United States had just two. But with the outbreak of fighting, military commanders quickly saw how useful planes could be—for monitoring enemy troop movements, for directing artillery fire, and above all for providing a new direction and manner in which to kill people.

In the early days, bombs often were nothing more than wine bottles filled with gasoline or kerosene, with a simple detonator attached, though a few pilots threw hand grenades and some for a time dropped specially made darts called flechettes, which could pierce a helmet or
otherwise bring pain and consternation to those in the trenches below. As always where killing is involved, technological progress was swift, and by 1918 aerial bombs of up to 2,200 pounds were being dropped. Germany alone rained down a million individual bombs, some 27,000 tons of explosives, in the course of the war. Bombing was not terribly accurate—a bomb dropped from ten thousand feet rarely hit its target and often missed by half a mile or more—but the psychological effect, wherever a large bomb fell, was considerable.

Heavy bomb loads required planes of ever greater size and power, which in turn spurred the development of swifter, nimbler fighter craft to defend or attack them, which in further turn produced the celebrated dogfights that fired the imaginations of schoolboys and set the tone for aviation for a generation to come. The air war produced an insatiable need for planes. In four years, the four main combatant nations spent $1 billion—a staggering sum, nearly all borrowed from America—on their air fleets. From almost nothing, France in four years built up an aircraft industry that employed nearly 200,000 people and produced some 70,000 planes. Britain built 55,000 planes, Germany 48,000, and Italy 20,000—quite an advance, bearing in mind that only a few years earlier the entire world aviation industry consisted of two brothers in a bicycle shop in Ohio.

Up to 1914, the total number of people in the world who had been killed in airplanes was about a hundred. Now men died in their thousands. By the spring of 1917, the life expectancy of a British pilot was put at eight days. Altogether between thirty thousand and forty thousand fliers were killed or injured to the point of incapacity in four years. Training was not a great deal safer than combat. At least fifteen thousand men were killed or invalided in accidents in flight schools. American fliers were particularly disadvantaged. When the United States entered the war, in April 1917, not a single American military official had ever even seen a fighter aircraft, much less commanded one. When the explorer Hiram Bingham, discoverer of Machu Picchu but now a middle-aged professor at Yale, offered himself as an instructor, the army made him a lieutenant colonel and put him in charge of the whole training program,
not because he had useful experience—he didn’t—but simply because he knew how to fly a plane. Many new pilots were taught by instructors who had only just been taught themselves. America now made a huge but ultimately futile effort to catch up in aviation; Congress appropriated $600 million to build an air force. As Bingham wrote in his memoirs, “When we entered the war, the Air Service had two small flying fields, 48 officers, 1,330 men, and 225 planes, not one of which was fit to fly over the lines. In the course of a year and a half, this Air Service grew to 50 flying fields, 20,500 officers, 175,000 men and 17,000 planes.” Unfortunately, almost none of those 17,000 planes reached Europe because nearly all available shipping was needed for troops. So American airmen, when they got to the front, mostly flew in borrowed, patched-up planes provided by the Allies, leaving them in the position of being sent into the most dangerous form of combat in modern times with next to no training in generally second-rate surplus planes against vastly more experienced enemies. Yet at no point was there a shortage of volunteer pilots on any side. The ability to climb to thirteen thousand feet, to fly at 130 miles an hour, to roll and dart and swoop through the air in deadly combat was for many airmen thrilling to the point of addiction. The romance and glamour of it can scarcely be imagined now. Pilots were the most heroic figures of the age.