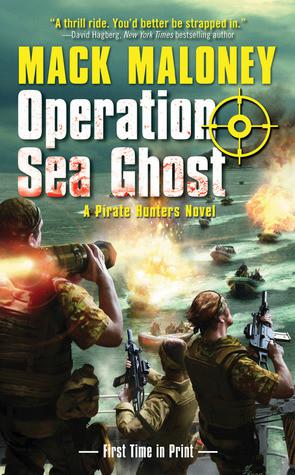 Thanks to NCIS Special Agent Chris Ahr and the real pirate hunters of Combined Task Force 151, USS
Mason
, DDG–87, and to Al Picardal and everyone at CENSECFOR, LS Pearl Harbor, Hawaii.

Rescue in the Jungle!

THE C-130 CARGO plane took off in a violent rainstorm.

It was 2350 hours, almost midnight, and the monsoon that had battered Southeast Asia all day was still intense. The wind was fierce and lightning flashed everywhere. The thunder was like artillery booming in the distance. This was dangerous flying weather, but the C-130’s mission was a top priority. It was going to fly no matter what.

The aircraft rose from its secret base on the eastern edge of Thailand and turned north, over Laos, heading toward Vietnam. The four-man crew was wearing standard U.S. Air Force flight suits, each with his name tag attached—
DAVIS, LEE, RUBY
and
JOHNSON
—but the crew members were not military personnel. They were civilian employees of the CIA.

Five containers were stacked in the plane’s cargo bay. Four were made of plain thin plywood barely held together by tiny screws. At six feet long and about two feet wide, they looked like bargain-basement coffins.

The fifth container was an SMT. About the size of a footlocker and officially known as a “Sensitive Materials Transport,” these containers were used by the CIA to move highly classified material around the war zone. Built of the same nearly indestructible material as an airplane’s “black box,” SMTs had small, sealed-environment enclosures to preserve their contents over long periods of time, be they documents, important items taken from the enemy or even secret experimental weapons.

Several SMTs had been captured by communist troops during the recent Tet Offensive, causing the loss of valuable war intelligence. Since then, SMT containers were supposed to be accompanied by at least two armed guards at all times. But this one was traveling alone.

There was no paperwork attached to any of this cargo; no manifest or ID tags were in evidence. The only writing was on the SMT: The letter “Z” had been faintly stenciled onto it, next to an almost imperceptible keyhole.

The C-130’s crew did not know what was inside any of the crates, though their collective gut told them some kind of secret weapon was probably involved. The plane’s pilot was carrying sealed orders issued by their CIA station chief in Bangkok. These orders were not to be opened until the cargo plane reached a so-called control coordinate about 100 miles from the border that divided North and South Vietnam.

Only then would the crew know the details of their mission.

FIVE MINUTES AFTER takeoff, the C-130 reached its cruising altitude of 10,000 feet. It had now gotten out of the worst of the storm—though the weather was still harsh over most of Indochina.

It would take forty minutes before the plane reached the control coordinate where the crew’s orders could be opened. To help pass the time, the flight engineer produced a thermos of coffee. He poured cups for the pilot and the copilot and himself. The cargomaster had his own thermos. He preferred tea.

With the crew settled in, the cargomaster pulled out a copy of
The New York Times,
dated two weeks before. He showed the others a small story, stuck deep inside the third section. Its headline read: “Nixon hints at nuke use in Vietnam.”

The pilot saw the headline, nodded to the SMT in back, and joked, “Is
that
the ticking sound I hear?”

The flight engineer was quick to dismiss this notion. He’d been on the flight line when the SMT arrived and said none of the people handling it had worn radiation suits. However, he said they might have been wearing gas masks; it was hard to see in the torrential downpour. If so, perhaps the SMT contained some kind of secret poison gas.

But now the copilot disagreed. He, too, had been close by when the SMT was being loaded and he thought he saw the people handling it wearing hazardous material suits. That indicated some kind of deadly material, a powder or something, might be involved.

“But if that’s the case,” the pilot said, “where are
our
suits?”

THEY REACHED THE control coordinate just after 0035 hours.

The others looked on as the pilot tore open the orders envelope and removed a single sheet of paper.

He read it quickly, then whispered, “This has
got
to be a joke.…”

He passed the orders to the copilot, who read them aloud.

“You are to proceed one hundred miles due north of your present position. Prior to reaching that coordinate, you are to reposition the four wooden crates near the flight deck. On reaching the assigned coordinate, you will purge all but two hundred pounds of fuel from your tanks. You are to put your aircraft on automatic pilot and then the entire crew should leave the aircraft via parachute. The pilot shall be the last to leave the airplane. Prior to leaving, he is to remove the contents of the four wooden crates and then dispose of the crates. Upon reaching the ground, the entire crew will make its way to the Special Forces camp at Lo Nimh, on the Laotian border, for retrieval and return to Udorn. You will not disclose the details of this mission to anyone.”

It took a moment for the words to sink in.

Then the flight engineer said, “They want us to let the plane
crash
? On purpose? That doesn’t make sense.”

The pilot reread the orders, then shook his head.

“This is Vietnam, boys,” he said. “Nothing makes sense over here.”

THE FLIGHT ENGINEER and the cargomaster went back to the cargo bay and, per their orders, dragged the four wooden crates to the front of the aircraft.

Then, five minutes before reaching their coordinate, the baffled crew climbed into their parachutes and prepared to bail out.

With one minute to go, the pilot set the plane’s controls as ordered and then told the others to jump. Each man stepped out the side access hatch and disappeared into the blustery dark night. The pilot could just barely see their parachutes open.

Returning to the flight deck, the pilot unscrewed the lid of the first wooden box. He was shocked by what he found inside.

It was a dead body. Male, Caucasian, with a bloody chest wound, the corpse was wearing a flight suit exactly like his own. Most astonishing, though, the flight suit’s name tag read
DAVIS
, his own name.

Totally confused now, the pilot rolled the crate over and let the body fall out. That’s when he noticed the corpse had a chain around its neck with a small key attached. The pilot had no idea what it was for and, at the moment, didn’t care. He hastily took the lids off the three other wooden crates, finding three more bodies, each wearing an ID tag bearing a name identical to one of his crew. He guessed the bodies belonged to soldiers recently killed in battle.

He emptied them onto the deck as well and then kicked the four plywood boxes out the open door. All this took him about a minute and it was very disturbing and weird.

“Why do they want someone to think we’re all dead?” he thought, once the four makeshift coffins were gone. Then he looked back at the SMT, still sitting at the rear of the plane, and added: “And what the hell is inside that thing?”

He didn’t have any time left to think about it. He rechecked the plane’s controls, purged its fuel tanks to just 200 pounds, and then jumped.

His chute opened quickly but roughly, jerking both his shoulders up and nearly cracking his collarbone.

The C-130 continued flying north, toward North Vietnam, the bodies and the mysterious SMT still on board.

The pilot figured by that course, and at that altitude and fuel load, the intentionally doomed plane would crash about twenty miles north of the DMZ, well inside communist-controlled territory.

But just as he was preparing himself for his landing, the pilot saw a sudden flash of light rise up from the dense jungle below. It exploded under the C-130’s right wing. It took the pilot a moment to realize an antiaircraft shell had hit the cargo plane.

The last time he saw the C-130, it was disappearing into a cloudbank, its right wing completely engulfed in flames.

THE SWARM OF paparazzi helicopters finally dispersed around sunset.

The armada of fast boats and Zodiacs carrying even more photographers left shortly afterward. Those villagers who’d gathered on the nearby cliffs at Ghadir also called it a day and went home. The western end of the Gulf of Aden was calm again at last.

The center of attention was a 210-foot Blenheim & Koch mega-yacht named
The Immaculate Perception
. At the request of the U.S. consulate in Aden, the giant luxury craft had skirted the Yemeni coast for about twenty miles, allowing a few people in the highly troubled, impoverished country, as well as the crush of international media, to get a fleeting glimpse of the vessel’s very famous passenger, American film star Emma Simms.

Now that the show was over, the yacht’s captain turned away from the barren coastline and headed toward Bab el Mandeb, the narrow strait that separated Yemen and Djibouti and served as the southern mouth of the Red Sea. Ordering the yacht’s running lights turned on, he upped his speed to seventeen knots and settled in behind the steering wheel.

It was an ideal night for traveling; the early moon had set and the stars were coming out. The weather was clear with hardly any wind.

THE PLAN FROM here was for
The Immaculate Perception
to sail up the Red Sea, through the Suez Canal, into the Mediterranean and then on to Italy where Emma Simms was to begin shooting her next movie. The film’s production company was already in place in Rome, set construction was finished, her costars were rehearsed and waiting. All they needed was for Emma Simms to arrive.

However, she’d just completed a whirlwind publicity tour of Africa. In the span of forty-eight hours, she’d visited an AIDS hospital in Kenya, dedicated another in Cameroon, cut a ribbon at a girls’ school in Liberia, read to blind children in Botswana and visited an orphanage in Nigeria. She’d posed for so many pictures and done so many interviews, she’d lost count.

The Breaking Point by Daphne Du Maurier
HIGH TIDE AT MIDNIGHT by Sara Craven, Mineko Yamada
Candlemoth by R. J. Ellory
Loving Blitz by Charlie Cochet
Rotting to the Core (Keep Your Crowbar Handy Book 2) by Durnin, S.P.
Andrew Lang_Fairy Book 09 by The Brown Fairy Book
Roses and Rodeo (Rough and Ready) by McCray, Cheyenne
Why the Chinese Don't Count Calories by Lorraine Clissold
Hannah & the Dom Next Door by BJ Wane
The Bond That Saves Us by Christine D'Abo
Our partner