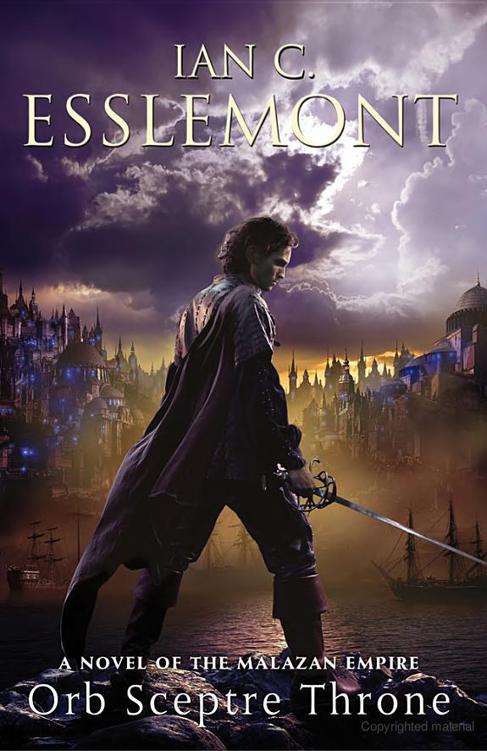 The tumult of great powers colliding has passed and the city of Darujhistan and its citizens can at last get on with what matters: trading, bickering, politicking and enjoying all the good things in life. However, not all are ready to leave the past behind. A treasure hunter, digging amongst the burial grounds that surround the city, is about to uncover a hidden crypt. He will open the last of a series of sealed vaults – the one that no other dared touch – and, in so doing, set free something so terrifying that the knowledge of its internment may have been systematically wiped from all history.

Fortune hunters are also at work far to the south. When a fragment of Moon’s Spawn, once the home of Anomander Rake, Son of Darkness, crashed into the Rivan Sea it created a chain of small islands. Legends and rumours already surround them. The most potent of these is that here is hidden the Throne of Night, claimed by some to be the seat of Mother Dark herself. Either way, all who seek this ancient artefact – renegade mages, hardened mercenaries, even a Malazan army deserter – believe it will bestow unlimited power upon the eventual possessor. The stakes are high, greed is rife, betrayal inevitable, and murder and chaos lie in wait …

Epic and exciting, Ian Esslemont’s new novel is an enthralling new chapter in the thrillingly imagined world of Malaz. 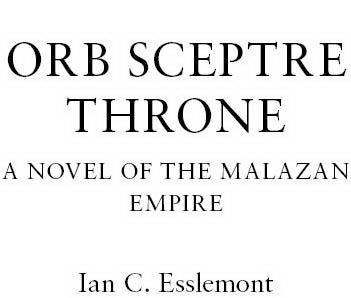 For Steve, once again

As always, my love and gratitude to Gerri and the boys for their support of my writing, which takes me from them more than I would ever wish. 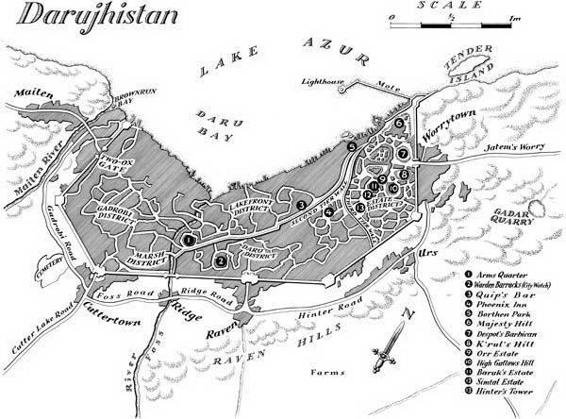 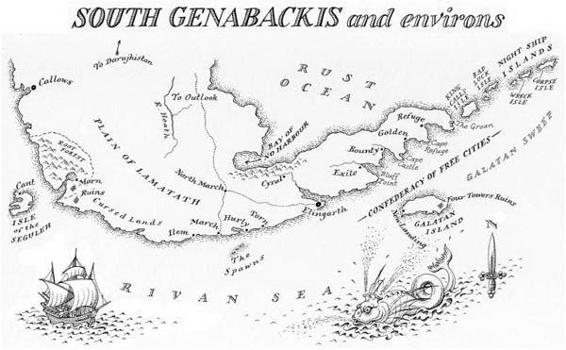 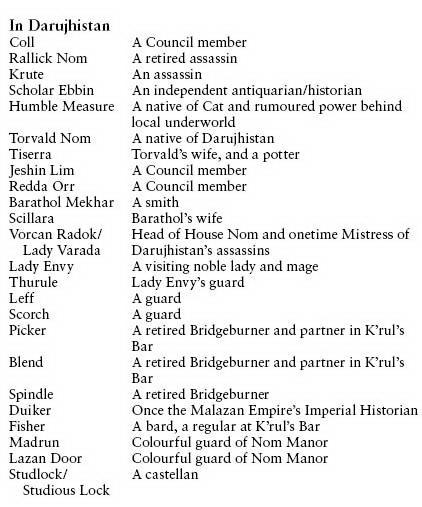 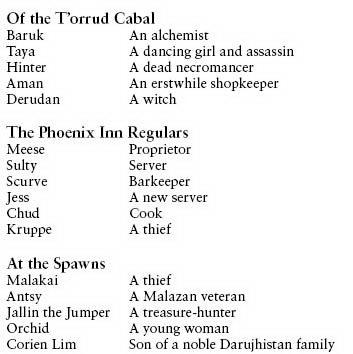 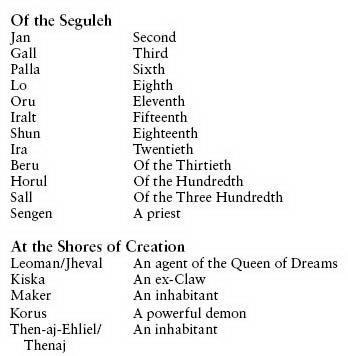 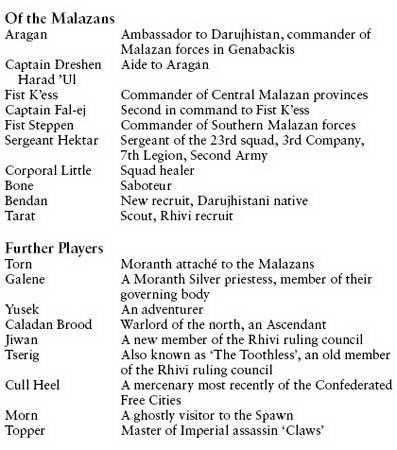 And behold there the constellations

Of both hemispheres at once?

Love Songs of the Cinnamon Wastes

That day of discovery began as any other. He arose before the dawn and saw to his toilet, aware that the toothless hag he kept as camp cook was already up, boiling water for the morning tea and mealy porridge. He checked in on the tent of the two guards that he’d hired simply because he thought he ought to have
someone
around to watch the camp. Both men were asleep; that didn’t strike him as proper guard procedure, but it was the Twins’ own luck he’d found anyone willing to work at all for the poor wages he could offer.

‘Tea’s on,’ he said, and let the flap fall closed.

He kicked awake his two assistants, who lay in the sands next to the dead campfire. These were sullen youths whom he paid a few copper slivers a month to see to the lifting and hauling. Like the ancient, they were of the older tribal stock out of the surrounding steppes, the Gadrobi; no citified Daru would waste his time out here in the old burial hills south of the great metropolis of Darujhistan. None but he, Ebbin, who alone among all the Learned Brethren of the Philosophical Society (of whom he was charter member) remained convinced that there yet lurked far more to be found among these pot-hunted and pit-riddled vaults and tombs.

Sipping the weak tea, he studied the brightening sky: clear; the wind: anaemic at best. Good weather for another day’s exploration. He waved the youths away from the fire where they huddled warming their skinny shanks, then pointed to the distant scaffolding. The two guards drank their tea and continued their interminable arguing. Ebbin knew that at the end of the day he’d come back to camp to find them still gnawing on the same old bones from the first day he’d hired them. He supposed it took all kinds.

The lads dragged themselves down the hill to station themselves next to a wide barrel winch. Ebbin knelt at the stone-lipped well, opened the old bronze padlock, pulled free the iron chains, and heaved aside the leaves of the wood cover. What was revealed appeared nothing more than one of the many ancient wells that dotted this region, once a Gadrobi settlement.

The Team by David M. Salkin
The Good Luck Potion (The Good Luck Series) by Tyler, Leanne
His Passion (By His Command #4) by Ana W. Fawkes
Danville Horror: A Pat Wyatt Novel (The Pat Wyatt Series Book 3) by Laura Del
The Cybil War by Betsy Byars
Paper Doll by Jim Shepard
The Big "O": A Romantic Comedy by Rose, H. Raven
I Am Not a Slut: Slut-Shaming in the Age of the Internet by Leora Tanenbaum
Best Man For The Job (The Men of Fear Incorporated Book 1) by Melinda Valentine
Medea's Curse by Anne Buist
Our partner