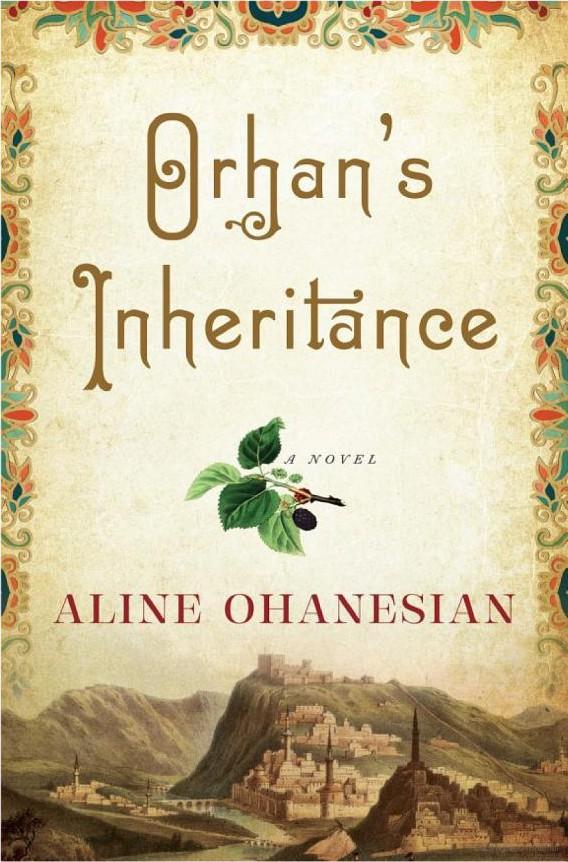 who made it possible

and for Alec and Vaughn,

who made it necessary

The past is not dead; it’s not even past.

Language is the house of being.

In its home man dwells.

An Axe in the Forest

The Staff of Moses

Under the Mulberry Tree

Bedros and the Dress

The Whips of Satan

The Road to Kangal

An Axe in the Forest

THEY FOUND HIM
inside one of seventeen cauldrons in the courtyard, steeping in an indigo dye two shades darker than the summer sky. His arms and chin were propped over the copper edge, but the rest of Kemal Türkoğlu, age ninety-three, had turned a pretty pale blue. Orhan was told the old men of the village stood in front of the soaking corpse, fingering their worry beads, while their sons waited, holding dice from abandoned backgammon games. Modesty forbade any female spectators, but within hours the news spread from one kitchen and vendor’s stall to the next. Orhan’s grandfather, his
dede,
had immersed his body, naked except for his britches, into a vat of fabric dye outside their family home.

Orhan sinks into the backseat of the private car, a luxury he talked himself into when the dread of a seven-hour bus ride back to the village started to overwhelm his grief. He wanted to mourn in private, away from the chickens, the elderly, the traveling merchants, or worse yet, the odd acquaintance that could normally be found on a bus ride to Anatolia, the interior of Turkey. He told himself he could afford a little luxury now, but the car showed up an hour late, sporting a broken air conditioner and a driver reeking of cheap cologne and sweat. Orhan lights a cigarette and shuts his eyes against the sting of the man’s body odor.

“Going to visit your family?” the driver asks.

“That’s nice. So many young people leave their villages and never come back,” he says.

The truth is it’s been three years since his last visit. Had Dede had the good sense to move out of that godforsaken place, there would be no reason to go back. The car veers off the highway, making its way along a recently paved road toward the city of Sivas, on whose outskirts Karod village is located. The driver slows down and opens a window, letting the
terroir
-laden scent of soil waft into the car’s cavity. Unlike Istanbul, whose majesty is reflected in the Bosporus, Central Anatolia is the quintessential other Turkey, in which allusions of majesty or progress are much harder to come by. Here shepherds follow the bleating of long-haired goats, and squat village women carry bundles of kindling on their backs. Time and progress are two long-lost relatives who send an occasional letter. The ancient roads of Sivas Province, once a part of the famed Silk Road, have seen the stomping of Assyrian, Persian, Greek, and Roman feet. Dry-rotted timber, blocks of concrete, and sheets of corrugated tin stand feebly upon ancient Byzantine stone structures whose architectural complexity suggests a more glorious past. Layer upon layer of earth and civilization washed downstream by the muddy waters of the Kizil Irmak, the Red River, produces a kind of sedimentary aesthetic. Orhan thinks of the unbearable heat of Anatolian summers acting as an adhesive for all these different layers.