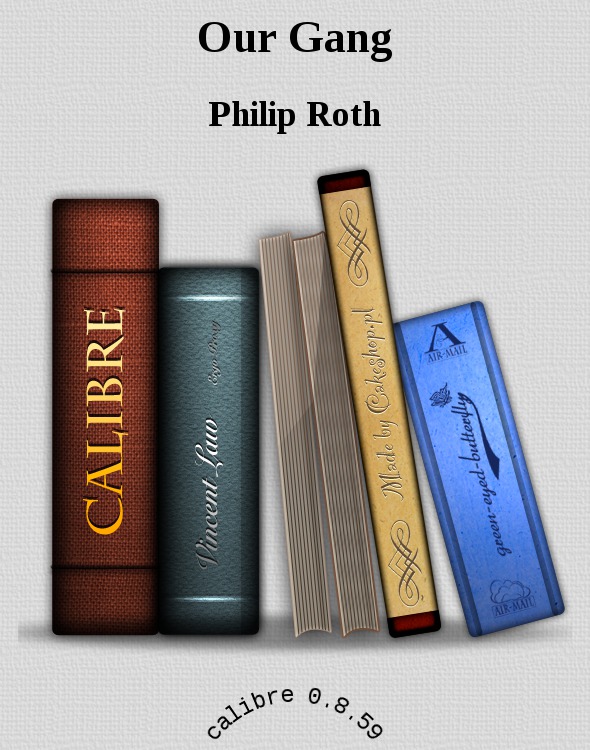 "The victims may not enjoy it, but they should be

flattered. It is no small distinction to have provoked the

Ask your bookseller for the books you have missed

WHEN SHE WAS GOOD PORTNOY'S

has been completely reset in a type face

designed for easy reading, and was printed

from new plates. It contains the complete

text of the original hard-cover edition.

NOT ONE WORD HAS BEEN OMITTED.

A Bantam Book / published by arrangement with

Sections of this book appeared in somewhat different form in

MODERN OCCASIONS
and
THE NEW YORK REVIEW OF BOOKS.

All rights reserved under International and Pan-American.

This book may not be reproduced in whole or in part, by

mimeograph or any other means, without permission.

company. Its trade-mark, consisting of the words "Bantam Books" and the

portrayal of a bantam, is registered in the United States Patent Office and in

PRINTED IN THE UNITED ST ATES OF AMERICA

To
MILDRED MARTIN
of Bucknell University,

and
NAPIER WILT
of the University of Chicago

three teachers to whom I remain particularly

grateful for the instruction and encouragement

And I remember frequent Discourses with my Master

concerning the Nature of Manhood, in other Parts of the

World; having Occasion to talk of Lying, and false

Representation, it was with much Difficulty that he

comprehended what I meant; although he had otherwise a

most acute judgment. For he argued thus; That the Use of

Speech was to make us understand one another, and to

receive Information of Facts; now if anyone said the Thing

which was not, these Ends were defeated; because I cannot

properly be said to understand him; and I am so far from

receiving Information, that he leaves me worse than in

Ignorance; for I am led to believe a Thing Black when it is

White, and Short when it is Long. And these were all the

Notions he had concerning that Faculty of Lying, so

... one ought to recognize that the present political

chaos is connected with the decay of language, and

that one can probably bring about some improvement

by starting at the verbal end.... Political language-and

with variations this is true of all political parties, from

sound truthful and murder respectable, and to give an

appearance of solidity to pure wind.

and the English Language,"

FROM PERSONAL AND RELIGIOUS BELIEFS

I CONSIDER ABORTIONS AN UNACCEPTABLE

ABORTION ON DEMAND, I CANNOT

SQUARE WITH MY PERSONAL BELIEF IN

THE SANCTITY OF HUMAN LIFEINCLUDING

THE LIFE OF THE YET

UNBORN. FOR, SURELY, THE UNBORN

HAVE RIGHTS ALSO, RECOGNIZED IN

LAW, RECOGNIZED EVEN IN PRINCIPLES

EXPOUNDED BY THE UNITED

CITIZEN:
Sir, I want to congratulate you for coming

out on April 3 for the sanctity of human life,

including the life of the yet unborn. That required

a lot of courage, especially in the light of the

TRICKY:
Well, thank you, I know I could have done

the popular thing, of course, and come out against

the sanctity of human life. But frankly I'd rather be

a one-term President and do what I believe is right

than be a two-term President by taking an easy

position like that. After all, I have got my

conscience to deal with, as well as the electorate.

CITIZEN:
Your conscience, sir, is a marvel to us all.

CITIZEN:
I wonder if I may ask you a question

having to do with Lieutenant Calley and his

civilians at My Lai.

TRICKY:
Certainly. I suppose you are bringing that

up as another example of my refusal to do the

TRICKY:
Well, in the wake of the public outcry

against that conviction, the popular thing-the

most popular thing by far-would have been for

me, as Commander-in-Chief, to have convicted

the twenty-two unarmed civilians of conspiracy

to murder Lieutenant Calley. But if you read

your papers, you'll see I refused to do that, and

chose only to review the question of his guilt,

and not theirs. As I said, I'd rather be a one-term

President. And may I make one thing more perfectly

clear, while we're on the subject of Vietnam?

I am not going to interfere in the internal

affairs of another country. If President Thieu has

sufficient evidence and wishes to try those

twenty-two My Lai villagers posthumously, according

to some Vietnamese law having to do

with ancestor worship, that is his business. But I

assure you, I in no way intend to interfere with

the workings of the Vietnamese system of justice.

I think President Thieu, and the duly elected

Saigon officials, can "hack" it alone in the law

me is this. Inasmuch as I share your belief in the

TRICKY:
Good for
you.
I'll bet you're quite a

as I feel as you do about the unborn, I am

seriously troubled by the possibility that Lieutenant

Calley may have committed an abortion. I

hate to say this, Mr. President, but I am seriously

troubled when I think that one of those twentytwo

may have been a pregnant woman.

TRICKY:
Now just one minute. We have a tradition

in the courts of this land that a man is innocent

until he
is
proven guilty. There were babies in

that ditch at My Lai, and we know there were

women of all ages, but I have not seen a single

document that suggests the ditch at My Lai

CITIZEN:
But what if, sir-what if one of the

twenty-two was a pregnant woman? Suppose

that were to come to light in your judicial review

of the lieutenant's conviction. In that you personally

believe in the sanctity of human life,

including the life of the yet unborn, couldn't

such a fact seriously prejudice you against Lieutenant

Calley's appeal? I have to admit that as an

opponent of abortion, it would have a profound

TRICKY:
Well, it's very honest of you to admit it.

But as a trained lawyer, I think I might be able to

go at the matter in a somewhat less emotional

manner. First off, I would have to ask whether

Lieutenant Calley was aware of the fact that the

woman in question was pregnant before he killed

her. Clearly, if she was not yet "showing," I think

you in all fairness have to conclude that the

lieutenant could have had no knowledge of her

pregnancy, and thus, in no sense of the word,

would he have committed an abortion.
CITIZEN:

What if she told him she was pregnant?

to tell him. But in that Lieutenant Calley is an

American who speaks only English, and the My

Lai villager is a Vietnamese who speaks only

Vietnamese, there could have been no possible

language, I don't believe we can hang a man for

failing to understand what must surely have been

the gestures of a hysterical, if not deranged,

CITIZEN:
No, that wouldn't be fair, would it.
TRICKY:

In short then, if the woman was not "showing,"

Lieutenant Calley could not be said to have

engaged in an unacceptable form of population

control, and it would be possible for me to square

what he did with my personal belief in the sanctity

of human life, including the life of the yet unborn.

CITIZEN:
But, sir, what if she was "showing"?
TRICKY:

Well then, as good lawyers we would have to ask

another question. Namely: did Lieutenant Calley

believe the woman to be pregnant, or did he,

mistakenly, in the heat of the moment, assume that

she was just stout? It's all well and good for us to be

but there's a war going on out there, and you cannot

civilians to be able to distinguish between. an

ordinary fat Vietnamese woman and one who is in

the middle, or even the late, stages of pregnancy.

Now if the pregnant ones would wear maternity