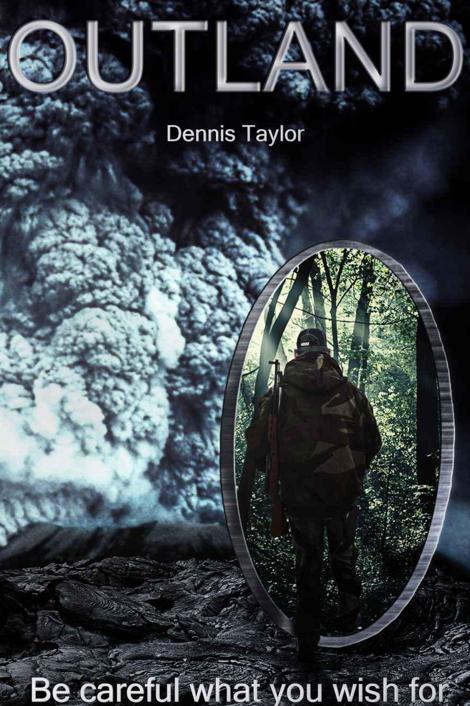 I would like to dedicate this book to my wife, Blaihin, who understands me yet doesn’t run screaming from the room, and to my daughter Tina, who completed our family.

This is my first novel. I’ve been reading science fiction since the age of ten, when I checked out a copy of
The Lost Planet
by Angus McVicar from the library. It hooked me on the genre immediately, and I’ve been reading very little else ever since.

I’ve always envied the likes of Heinlein, Asimov, Clarke, and the other greats for their ability to make a story come alive. I have no idea why it took me this long to metaphorically put pen to paper and try it myself. If even a few people like my stories and come back for more, I’ll consider it a success.

I want to thank my wife, Blaihin, for alpha-reading and for her constant encouragement, and for being the love of my life (she made me say that); the various beta-readers who’ve made many suggestions for improvement; the good folks at critiquecircle.com for tons of advice, education, and suggestions. And I’d like to give a shout out to the gang at snowboardingforum.com just because.

Thanks to my Beta Readers:

PART 1 - BE CAREFUL WHAT YOU WISH FOR

Let's Try the Other Way

Monica and Erin Have Lunch

Monsters From The Deep

Back At the Warehouse

At the Gun Range

A Visit from the Mob

PART 1 - BE CAREFUL WHAT YOU WISH FOR

Seriously? Parallel universes?
Bill paused with his burger halfway to his mouth.

Richard pinched the bridge of his nose and took a deep breath. “Well, no, not in the usual science-fiction sense. When we say
alternate world lines
, we’re talking about probability paths—“

“Through a five-dimensional universe,” Kevin interjected. He immediately looked alarmed and blushed furiously.

Bill looked at him, bemused.
This is like a Laurel and Hardy skit.

Kevin and Richard formed an unlikely pair. Richard Nadeski was over six and a half feet tall and built like a running back. Kevin Jahani, on the other hand, looked like the cliché of a math genius—skinny, bad haircut, horn-rim glasses.
No pocket protector, at least.
Bill idly wondered how they’d come to be working together on this project.

Bill grinned back at his friend, and shook his head minutely.

Bill and Matt had been invited to meet at Dempsey’s Pub to discuss their possible involvement in an experimental physics project. Richard had refused to give details in advance, and Bill was beginning to understand why.
Even money says previous candidates ran screaming for the door.

“Chrissake,” Richard said. “Can we focus, please?” He sat back and looked around the table. “We are attempting to put together a physics experiment to test Kevin’s theoretical models about the nature of the universe and probability space. Without getting into details…” Richard glared at Kevin. “Kevin believes that time is two-dimensional, and that the second dimension is where quantum uncertainty manifests.”

Bill considered this. Kevin’s theory—and Richard’s English translation—contained a lot of handwavium, but the basic concept sounded interesting. It could even end up being fun, in a nerdish kind of way.

He leaned back in his chair and absently looked around the dimly lit pub. Dempsey’s was less than half full, not surprising for a pub that depended on tired and stressed-out university students for most of its business. The third summer session was about to start at the University of Nebraska at Lincoln, and the population was down to a fraction of spring session levels. Small groups of customers had spaced themselves evenly around the pub for maximum privacy. The background buzz of conversation didn’t quite drown out the big TV playing a local football game.

The waitress showed up with more beer and Matt’s burger — the one he’d ordered this time. Matt smiled and thanked her. The waitress apologized again and looked like she was going to start flirting. Richard’s glare and curt “Thank you” sent her off with a blistering look at him over her shoulder.

Bill watched this byplay with a wry shake of his head. As usual, he envied the way girls just seemed to throw themselves at Matt; and as usual, he was a little ashamed of feeling that way. Matt had certainly put in the hours to get to that fit. Seventeen-plus years of various types of martial arts had resulted in multiple black belts and trophies, and a hard, trim physique that the girls rarely failed to notice. Bill glanced down at his own slight paunch, shrugged, and took another bite of his burger.

Matt looked at Bill and pointed to the side of his mouth. Bill frowned and wiped off a stray dollop of mustard.

A short period of silence stretched over the table as everyone attended to their meals. The aroma of cooked beef, caramelized onions, and vinegarized fries wafted around the table.

Matt paused in his task of burger destruction to take a sip of beer, then turned to Richard. “So where do we come in?”

“Through the front door,” Bill said, before Richard could respond. “Weren’t you paying attention?”

Richard’s kilowatt glare was back. “We need,” he said, waving a french-fry, “some control software for this experiment. Matt, you’re specializing in control systems, right? Linux-on-a-card and such? What we’re trying to do is too delicate for hard-wiring and bread-boarding.”

Matt sat up straighter, a look of surprise on his face, and nodded slowly.

Richard turned to Bill. “And you have a reputation as a bit of an artist when it comes to building weird-ass devices. Your engineering team’s Rube Goldberg entry last year, that was mostly you, wasn’t it?”

Bill strained to keep a straight face. He was proud of the contraption that had won them first place, but Richard’s attempt at handling him was too transparent. Not wanting to give him the satisfaction, Bill waved his hand in a
whatever
gesture. “And then what? Wham, bam, thank you, sir?”

Richard snorted. “Of course not. I doubt if it’s going to be that easy, so I’m hoping you’ll continue to be involved in the project.”

Well, this was turning out better than expected. Good thesis projects were always welcome, and original ones were hard to find. The alternative was to be assigned some boring subject that had already been beaten to death by generations of students.

All four sat back in silence, sipping their beers—or in Kevin’s case, his soft drink.

Sensing an opportunity to pour a little gasoline onto things, Bill sat forward and gestured to Kevin. “So, is this going to be anything like
Sliders?”

Kevin grimaced — and blushed again, which was an interesting combination. “First, no, this is science, not TV schlock. Second, you don’t get an entirely new universe from every branching. It’s—“

Richard dropped his forehead to his hand and let out a loud breath.

Bill sat back with a satisfied smile.
Bill Rustad wins on points. Again.

The Twelve Tribes of Hattie by Ayana Mathis
The Strangled Queen by Maurice Druon
Abby's Heart (Bryant Station Curves) by Rachels, Rayne
The Invention of Murder by Judith Flanders
Wedlock by Wendy Moore
Who Am I and If So How Many? by Richard David Precht
The Ka of Gifford Hillary by Dennis Wheatley
Playing Fields in Winter by Helen Harris
Skylight (Arcadium, #2) by Sarah Gray
The Dogs of Littlefield by Suzanne Berne
Our partner