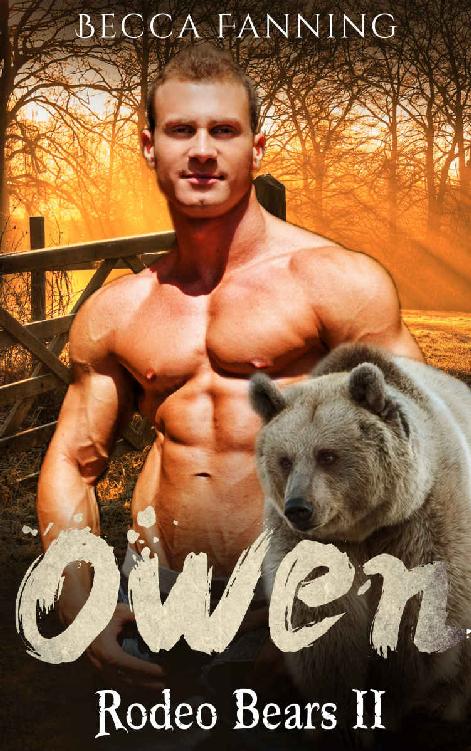 Thank you for supporting my work. I hope it’s as much fun to read as it was to write. This is the special Kindle Unlimited version of Owen. After you’re done reading it, you can continue to read almost every other story I have on Amazon. I’ve included them for free for you. Just keep turning pages as long as you like.

Also, if you sign up to my newsletter, I’ll send you five exclusive stories that you can’t get anywhere else!

Sipping her macchiato as she walked beneath the palm trees on Rodeo Drive in her Jimmy Choo heels, Mary Beth Chaudett would soon get the devastating news that would change her life forever.

“You have to stand up for yourself,” she said into her phone, which was pressed against her long blonde hair, bleached by the California sun. She walked out of a designer boutique where she’d tried on outfits that equaled the monthly wage of the staff working within her mansion, but she’d left empty-handed. The outfits had been repulsive. She wouldn’t put them on a dancing hippo. “I mean it, Claudette. Be the biggest bitch there is. Raise a fuss. It’s the only way to get the cow off your back.”

“But that cow is my little sister,” Claudette pointed out.

“It does. If you had siblings, you’d understand.”

“I understand plenty. Your sister tried to steal your boyfriend. Now she’s trying to steal your car by defaming you. Your dad had that car custom made for you. There’s no other in the world like it, and she knows it, so she’s using all the ammunition she has to talk it out of your garage and into hers. You have to fight back. Don’t let her walk over you. Stand up for yourself.”

Beside the cobbled stone of the street, a homeless man sat on the sidewalk with a cardboard sign asking for supper. He wouldn’t last long. The police would be on him in an instant. Mary Beth quickly pulled a hundred dollar bill from her pocket and set it in the man’s hand before hurrying on her way.

“Yeah, I guess you’re right,” Claudette said, giving in. “You know what she told Daddy yesterday? She said that because I was twenty-four, I should be working so that I could afford my own car. Can you believe it? The worst thing is, I think Daddy is considering it. I’m a little scared. You’re my age. You understand. We haven’t worked a day in our lives. I even paid the Geek Squad to do my homework in high school. Where the hell am I supposed to get a job?”

“That’s because your daddy has billions. He has more than enough to spread around.”

“No, not billions,” she corrected her friend. “But close.”

The truth was, her papa would probably love it if she got a job, invested herself in something other than fashion, but he couldn’t talk. He’d been jobless at twenty-four as well, traveling around as an amateur bull rider in the rodeo, eating away at the trust fund set up by his father, an oil tycoon. It was only when her papa was older did he invest his money into organizing rodeo events. Now, he was a recognized name, the leader of the pack, responsible for events as elite as the world championships in bull riding, adding millions to the fortune he had inherited from his father.

Reluctantly, Mary Beth went into another shop.
Ray Chaudett
. It belonged to her papa, one of his latest business ventures. Known for its designer Western wear, it was less than a year old, but it was already building an elite reputation with rich cowboys and cowgirls. She didn’t care for it. She didn’t care for any of it. Her papa could have the South. She’d stick with Beverly Hills. The only reasons she was in the shop was because hidden between the pinched hats and leather chaps were the best sunglasses on Rodeo Drive.

A host rushed towards her with a glass of champagne, but Mary Beth held up a finger to indicate for him to hold on while she finished her call.

“I wouldn’t worry about it, Claudette,” she continued. “Your dad won’t take your car away. He bought it for you because of all the charity work you do. Your sister can moan and bitch, but she’ll never get what she wants. She’ll never be as great as you are.”

“I would take it back. Seriously, Gucci is the poor man’s Versace.”

The door opened, and a man Mary Beth knew all too well walked in, grabbing the attention of everyone in the shop. Around her, men and women alike glistened with admiration. Mary Beth rolled her dark blue eyes. It made her want to dump her macchiato on each of their heads.

“I gotta go,” she said to Claudette. “The big bad bear has arrived.”

“You mean Owen Hutch?” Claudette asked. “Where are you? I want to meet him. He’s the sexiest thing to walk on two legs. And four.”

“What would you guys talk about? You don’t know anything about the rodeo.”

“I may not know anything about the rodeo, but I know he’s a superstar. Where are you?”

“Nowhere, because I’m about to leave before I get sick,” Mary Beth said. “See you later.” She hung up.

“Your brandy,” the host said to Owen, bringing him a glass of brandy on a gold platter.

“Where was my gold platter when you offered me the champagne?” she mumbled to herself. “I’m the owner’s freaking daughter.”

Like her, Owen was in his mid-twenties, but he had the stature of someone much older, carrying himself with a formidable confidence that came with being a superstar. It helped that he was also super tall and well built, with a broad chest that could rip trees apart. He was a champion bull rider, but his good looks and easy humor had earned him numerous television appearances and invites to red carpet events. The magazines loved him. Social media was constantly flooded with images of his brown hair and golden eyes. He was a gentleman and a redneck, a combination that made the public drool.

It makes them drool, but it makes me gag
, Mary Beth thought. She didn’t understand the obsession with Owen. Yeah, he was hot, but she preferred her men in sharp suits and fast cars, not jeans and flannels, no matter how well those jeans showed off his ass.

She’d known Owen for many years. As a bull rider, he was often at the events her papa organized, and when he was in town he came to the mansion for dinner. Impressed with his talent and drive, her papa had taken Owen in. To him, Owen was more than a rider in his rodeo. He was like the son he never had. It didn’t matter that Owen was a shifter, a werebear who could transform at any time into a giant grizzly. Her father treated him like family.

Mary Beth didn’t mind that Owen was a shifter either. But she did mind that he was so obnoxious. She didn’t know why she hated Owen so much, but she didn’t need a reason. He and his perfect smile left knots in her stomach even a sailor couldn’t untie.

Standing tall, though she was no match for Owen, she went to the host. “I’d like my champagne now,” she said righteously. “And make sure it’s a fresh bottle.”

“Of course,” the host said, clearly disappointed to leave. He let the platter fall to his side as he went to the back to do as she asked.

She turned to Owen. “What are you doing here?”

His smile didn’t falter. “You mean what is a bull rider doing in a store that sells snake skin boots and shiny belt buckles?”

“This isn’t a store. A store is where you buy apples and bubblegum. This is a shop.”

He laughed and walked by her. “Well, this shop has the best sunglasses in these parts.” He went to the display tucked into the far corner. “It’s a shame they’re hidden away in the back.”

Mary Beth had thought the same thing, but she wouldn’t admit it to Owen. “Don’t think you’ll get a discount just because you had dinner at the mansion with my papa last night.”