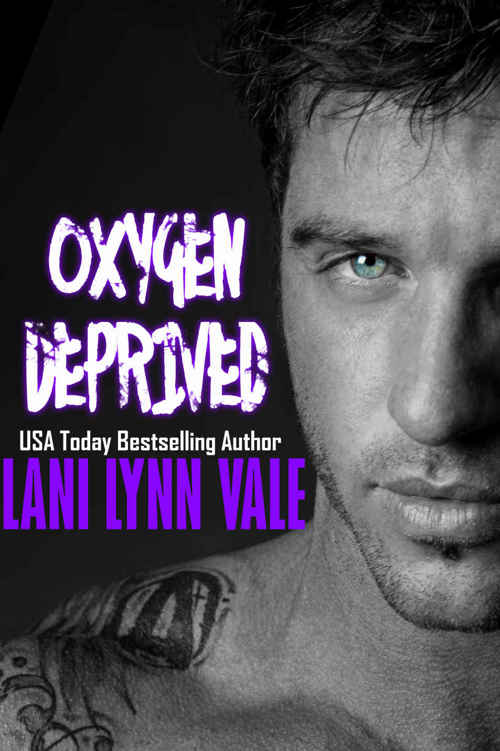 No part of this book may be reproduced in any form or by any electronic or mechanical means including information storage and retrieval systems, without permission in writing from the author. The only exception is by a reviewer, who may quote short excerpts in a review.
This book is a work of fiction. Names, characters, places, and incidents either are products of the author’s imagination or are used fictitiously. Any resemblance to actual persons, living or dead, events, or locales is entirely coincidental.

To my lovely children who have done nothing but scream, cry, complain and fight. I love you without conditions. Without you, I would have never started writing. I love you more than you’ll ever know.

FuriousFotog
: Thank you so much for taking these photos for me. They’re beautiful, and you have such incredible talent it’s unreal.

Gary Taylor- One day I’ll meet you! And when that day comes- I’ll tell you in person just like I’m writing you now, that you are a very beautiful person inside and out. Thank you so much for posing for this photo. You make a wonderful Drew!

Other titles by Lani Lynn Vale:

Another One Bites the Dust

Last Day of My Life

The Heroes of The Dixie Wardens MC

Lights To My Siren

Halligan To My Axe

Kevlar To My Vest

Keys To My Cuffs

Life To My Flight

Charge To My Line

Counter To My Intelligence

Right To My Wrong

Vodka On The Rocks

That was the motto that Drew lived by in all things, including his love life.

He’s a player, pure and simple.

He’s learned the hard way that women aren’t all hearts and flowers. Sometimes their sexy bodies and beautiful faces are just a pretty shield to hide the crazy, and he’s so freakin’ over crazy.

Been there, done that. He has the divorce papers to prove it.

Aspen needs a break. A long one that doesn’t include anything with a Y chromosome. Not even one as tempting as her new neighbor who just moved in across the street. Men are trouble with a capital freakin’ T, and she has the ankle monitor to prove it.

The last man she gave her heart to was a police officer. A man whose life was dedicated to protection, and he was supposed to protect her heart—not break it.

She decides right then and there that she’s done with being the better person.

Everything happens for a reason.

A rash decision—undoubtedly regrettable, undeniably unforgettable. In the heat of the moment, Aspen’s actions with a tire iron and her ex-boyfriend’s brand new SUV land him in the ER getting stitches and have her seeing the inside of a jail cell for the first time.

It’s just her luck that the whole town is there to witness the result of her poor decision, including her police officer brother and the neighbor that already made it more than clear she was more trouble than she was worth.

Drew enjoyed the show, though. For the first time in a year, he’s thinking about his life, and how it would be a lot more enjoyable with a woman like Aspen at his side.

Maybe crazy isn’t so bad after all.

I watched him play football for nearly an hour with my brother, completely and totally enraptured by him.

“Mom!” I hissed at my mother. “Do you see that teenage boy over there?”

My mother turned from the magazine that was in her hands, to me.

Everyone had seen him. I’m not sure why I was bothering pointing the man—
teenager—
out to her.

“I’m going to marry him,” I informed her.

“What?” She whispered in shock. “Why do you say that?”

I looked back over at the teenager, that wasn’t so much of a teenager but more of a young man on his way to adulthood, and back to her.

“And how are you going to accomplish that?” She wondered.

“She’s going to demand it of him, Mother,” Downy, my brother who wasn’t very happy about being on vacation with us, drawled.

Downy and the teenager were probably similar in age, although that’s where the similarities ended.

Downy had red hair, where the teenager had blonde.

Downy’s ugly eyes had nothing on the teenager’s gray eyes that looked like they were ringed with green.

I couldn’t tell for certain, though, which was why I moved closer.

And found myself next to a couple that was excited about something.

“He’s getting married,” the woman was saying to the man. “To Constance. Isn’t that something?”

The man shrugged. “She’s not the best, but I guess she could be worse.”

The woman snorted. “Don’t let him hear you say that. They’ve been dating for four years now. And he knows everything, don’t you know?”

“She’s cried every night this week because he’s been gone to the fire academy. How do you think she’s going to fare when he’s gone once every three days?” The man continued.

The woman had nothing to say to that, and I sat down in the chair right by them, hoping it wasn’t obvious what I was doing. I crossed my legs and started swinging my foot.

Then in a rush of moving limbs, the teenager took the seat, in between his parents and me.

He had his shirt off, and his skin was bronzed from the summer sun.

“Your mother tells me you’re getting married,” the man said to his son.

The teenager paused. “Because I love her, Dad.”

My heart thumped painfully, and I couldn’t help but look over at the three of them.

I must have made a small noise because the father’s eyes went to me, then back to his son.

“You should really have a better answer than that,” I blurted out, immediately clamping my hands over my mouth.

All three of them looked over to me.

“What?” The teenager asked shortly.

I dropped my hands and smiled weakly, suddenly feeling incredibly stupid for offering my two cents when it wasn’t asked for.

My mother was always getting on to me about that, too.

“Go on, child. Tell him what you meant,” the father urged.

He blinked, surprised at how well I’d answered him.

And the father smiled.

“Well,” the teenager growled. “You can’t take a ten-year-old’s opinion for shit, Dad. They don’t know anything.”

My mouth dropped open in affront.

“That wasn’t called for,” I blurted.

My brother showed up at my side, pulling me away from the three of them.

“She’s sorry,” Downy apologized to them. “She doesn’t realize how nosy she really is.”

I snatched my hand away from my brother.

“Get off me, you infidel,” I ordered crossly.

Downy laughed in my face, then dropped me back off to my mother before returning to the field.

It didn’t take long for the teenager to join Downy, and soon they had a full on football game again with a couple of other kids.

And I watched, and wondered, if maybe I was wrong about the teenager.

Maybe my instincts were off.

Then I decided that no, my instincts weren’t off.
His
probably were, though

He would be mine.

No ifs, ands or buts about it.

I stood at my front window, eyes narrowed as I watched man after man move heavy boxes out of the back of a moving truck into the house directly across the street from mine.

Every single one of the men that were helping were all drop dead gorgeous…and I knew them
all
.

It was kind of hard not to when the fire station was right next door to the police station.

If I didn’t know them directly, I knew their faces—and that wasn’t a good thing, either.

They would know all about my shame.

I grimaced at her.

“At least my job lets me work from home,” I mumbled darkly.

Somehow, in the light of day, this wasn’t anywhere near as
okay
as I thought it’d be.

In fact, once I ran out of milk around two in the afternoon, nothing was funny. Not at all.

“This
suuuucks
!” I whined loudly. “Why did this happen to me?”

There was silence for a few long moments, then my best friend’s laughter.

“Probably because you were caught beating the crap out of your ex boyfriend’s truck and then his woman,” Naomi giggled, laughter filling her voice.

I turned my glare on her.

“Shut your face,” I growled through clenched teeth. “Or I swear, by all that’s holy, I’ll shove that coke can up your ass.”

Naomi could no longer contain her laughter, and she fell to the floor with the hilarity of it all.

Me, on the other hand, yeah, I didn’t find it nearly as funny as she did.

Naomi continued to laugh until tears rolled down her cheeks, but I stared at her for long moments, letting my dissatisfaction show.

“I’m sorry,” she gasped, trying to catch her breath. “But you’d laugh at me, too, if our roles were reversed.”

She was right, I would.

I wouldn’t be able to help myself.

However, I was the one in this situation, not her, so it was hard to say what I would and wouldn’t do under different circumstances.

I crossed my feet out in front of me and stared at the blank wall where my TV used to be.

Danny had taken it while I was in jail, along with my Xbox, the controllers, my Dish satellite receiver and all of my kitchen appliances that were small enough to fit into his mom’s SUV.

How did I know this?

Because my neighbors told me.

They’d spent hours telling me how they watched him take everything.

“Why does your cat have a note attached to her neck?”
Naomi asked, her eyes caught by the sight of the white paper that stood out starkly against my cat’s black fur.

“Why?” she asked, crawling on her hands and knees toward the cat.

She stopped, read the note, and then snorted out a laugh.

“I was bored,” I said. “I even took his picture and submitted it to Ellen for that pet shaming contest she’s got going on.”

“Ellen?
The Ellen DeGeneres Show
?
”
Naomi asked. “I don’t think Ellen does that.”

Stay Away From That City . . . They Call It Cheyenne (Code of the West) by Bly, Stephen
Chasing Seth by Loveless, J.R.
The Bloodforged by Erin Lindsey
The Darling Dahlias and the Eleven O'Clock Lady by Susan Wittig Albert
Life Class by Allan, Gilli
Red China Blues (reissue): My Long March from Mao to Now by Jan Wong
The Midnight Line by Lee Child
Dead Men (Marie and Lotte Book 1) by Mette Glargaard
Reading His Mind by Melissa Shirley
The Gallows Murders by Paul Doherty
Our partner