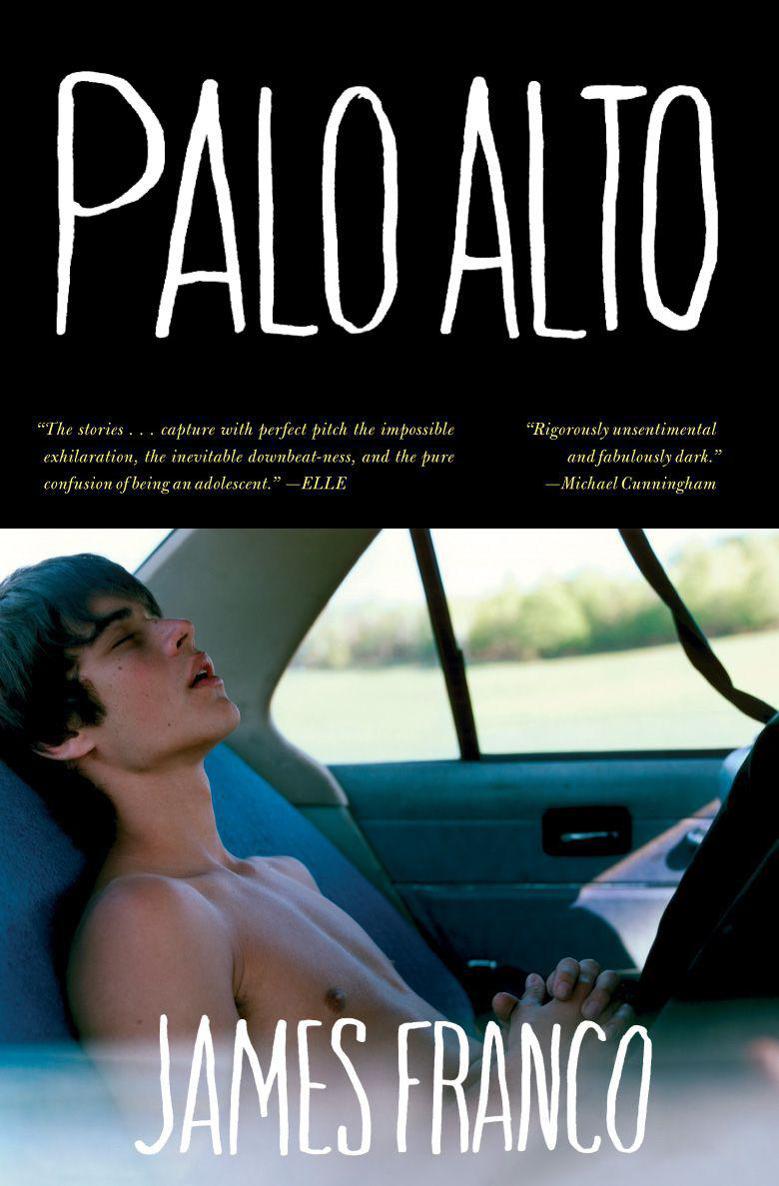 “The stories are raw and funny-sad, and they capture with perfect pitch the impossible exhilaration, the inevitable downbeat-ness, and the pure confusion of being an adolescent…. Franco has a flair for creating these stopped moments that lift a story from its specific setting into a universal place, so that particular meanings resonate out from themselves and redouble their effect.”

“Delightfully coarse, riffing dialogue that hones in on subjects like race and sex, love and violence …Compelling and gutsy.”

“Franco writes with such deep empathy and affinity that one has to wonder if he lived this life.”

“You’ll be able to pick out Franco’s influences: Raymond Carver’s tight-lipped stoicism; the sun-streaked disaffection of
Less Than Zero
…Hubert Selby Jr.’s
Last Exit to Brooklyn
…. He excels at dialogue.”

“In ‘I Could Kill Someone’ especially, about a high schooler’s deliberations over murdering a bully, there is an element of sympathy for the tormented narrator that makes his thought process real and frightening…. Franco is a serious writer.”

“[Franco’s] economic construction seems so simple throughout, but the stories end up approaching profundity. These stories were not published because James Franco is a movie star but because they are good. He makes the difficult appear simple, which only a good writer can do.”

“The collection exhibits a …clear sense of purpose…. It is, in short, literature.”

“It’s the harsh humor that surprises in these stories—that and the observations that show James Franco to be an original and simpatico voice finely tuned to the territory. These quotable, unsettling stories stay with you; they seem to change the ions in a room.”

“James Franco’s stories are raw, unsettling, and delectable. Each articulates a very American yearning within a dystopic suburban landscape of shifting sexuality, class, and race. They are both really scary and fun to read.”

“Franco’s talent is unmistakable, his ambition profound. He has taken the twin subjects of suburban Palo Alto and American adolescence and made them as scary and true as they must be. This is a book to be inhaled more than once, with delight and admiration, with unease and pure enjoyment. As a writer, he’s here to stay.”

“James Franco’s chilling stories seem too true for comfort. The characters in
Palo Alto
navigate off a moral compass so smashed, they bruise everything they touch. Franco’s intense artistry swarms all over this gripping book. Think Bret Easton Ellis, Dennis Cooper, Kathy Acker. Or better yet, just think James Franco.”

“These rough messages torn from the notebook of angry youth just make us want to ask James Franco to say it ain’t so. These angular stories read like dispatches from the edge of civilization: all the young people hurting and denying it, denying connection, denying their hope for anything but tonight, the next thing. James Franco does not blink as he offers us these stories—and it is hard for us to look away.”

—Ron Carlson, author of
The Signal

“James Franco is a writer of skill and sensitivity whose depiction of cruelty and neglect, of amusement and loneliness, of longing and being lost—of the pains and chaos of adolescence—is original and impressive. He manages to depict the numbingly stupid and dangerous behavior of teenagers and make it amazingly amusing then suddenly deeply sad.”

All rights reserved, including the right to reproduce this book or portions thereof in any form whatsoever. For information address Scribner Subsidiary Rights Department, 1230 Avenue of the Americas, New York, NY 10020.

SCRIBNER
and design are registered trademarks of The Gale Group, Inc., used under license by Simon & Schuster, Inc., the publisher of this work.

The story “Jack-O’” first appeared in
Esquire
magazine in a slightly altered form.

There is hardly a single action that we perform in that phase which we would not give anything, in later life, to be able to annul. Whereas what we ought to regret is that we no longer possess the spontaneity which made us perform them. In later life we look at things in a more practical way, in full conformity with the rest of society, but adolescence is the only period in which we learn anything.

—Within a Budding Grove,
Remembrance of Things Past

Part I, The Rainbow Goblins

I Could Kill Someone

Ten years ago, my sophomore year in high school, I killed a woman on Halloween.

I had been drinking at Ed Sales’s house all afternoon, which I wasn’t supposed to be doing because I was on probation. The probation rules said I was only allowed to drive to school and then right back home after school was out. But it was six months since I’d been arrested for being a minor under the influence, and my parents had become lax about the driving rules. On that Halloween Tuesday, instead of going home, I took some friends over to Ed’s and we all got drunk.

His father was a mathematics professor at Stanford and his mother was a nurse, and neither of them came home until
at least six but usually seven. His professor father had a great liquor cabinet. I had my first drink there when I was thirteen, and in the three years since then we had been taking from his cupboard and putting water back into the bottles. We could never get much from any one bottle because it would be too obvious; so we would take a little from all the bottles and mix everything into a punch like the bums did in
Cannery Row.
I like that we did that, I liked thinking that we were like Mack and the boys, even though the punch tasted horrible. We’d usually mix it with grape juice, but it wouldn’t help much.

We were all sitting in the backyard on a little picnic table that you might find at a park. His dad probably took it from the dump. He was always doing weird stuff like that to save money. Ed did it too, like scraping the mold off old bread and then eating it. His dad was a mathematics professor who smoked a pipe, every night. His teeth were yellow and crooked and horrible. Ed had a little pipe and he smoked tobacco with his dad at night. Ed was half Korean and half white because his mother was Korean and his dad was white from Gary, Indiana.

Outside, we were smoking weed in Ed’s little tobacco pipe. We were all planning on going to Alice Wolfe’s house later for the Halloween party, and we were getting ourselves revved up. I picked a fight with Nick Dobbs. I had seen him hanging around my girlfriend, Susan, and I didn’t like it. I spotted them a couple times laughing in the corner of the library at school. I probably wouldn’t have cared if he had been just one of those theater dorks that she was always planning events with, but he wasn’t. He was a handsome skateboarder, and I had enough of the alcohol punch in me to start something.

“I heard you and Susan did acid. Why did you give my girlfriend acid?”

His eyes actually looked worried. It was not the reaction I was expecting. I suddenly felt powerful and a little bad for him at the same time. I probably couldn’t have asked for a better reaction because I really wasn’t a fighter, and this way, because he looked scared, I had beat him without having to fight him. I didn’t like to see people intimidated, but this guilt made me turn meaner because I told him to apologize, and when he did, I demanded that he say it louder so that everyone could hear. I was pushing it a little and I could see him consider just taking a swing at me, but he apologized again slightly louder. Jack spoke up.

“What the fuck do you care, Ryan? She does acid and other drugs all the time, with all of us.”

Well, I didn’t like that. Funny how new facts pop up and make you doubt that there’s any goodness in life. Everyone pretends to be normal and be your friend, but underneath, everyone is living some other life you don’t know about, and if only we had a camera on us at all times, we could go and watch each other’s tapes and find out what each of us was really like. But then you’d have to watch girls go poo and boys trying to go down on themselves.

Then Ed’s Korean mom came home. She was only about four foot ten, but we all got scared anyway. We heard the front door close inside the house, and Ed said, “My mom’s home!” And we grabbed most of the cups and someone grabbed the punch and Ed grabbed his pipe and we all scrambled over
the fence and jumped into my car. It was a Honda Accord I’d inherited from my father when things were better between us, and it was pretty small for eight people. There were two others in the front besides me and five in the back. Jack’s elbow was in my face, and when I looked in the rearview, the backseat was a jumble of arms and torsos and heads up against the ceiling. Nick wasn’t in the car. He ran off somewhere to go and cry, I guess.

I raced out of there. It wasn’t time for Alice’s party so we had to find a place to go. The sun was going down, and there were already trick-or-treaters out with their parents. Everyone started getting rambunctious. It made it hard to drive with all the yelling and Jack’s elbow in my face.