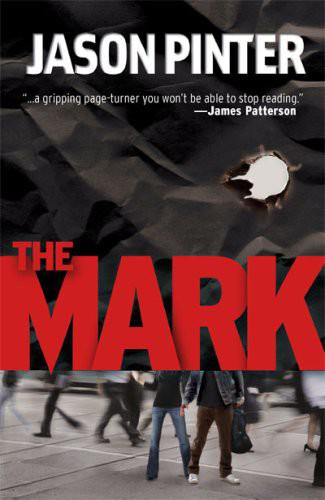 R
ight as I was about to die, I realized that none of the myths about death were true. There was no white light at the end of a tunnel. My life didn’t flash before my eyes. There were no singing angels, no thousand virgins, and my soul didn’t hover and admire my body from above. I was only aware of one thing, and that was how much I wanted to live.

I watched the shotgun, moonlight glinting off its oily black barrel. The stench of death was thick. The air smelled of cordite, ripe and strong, blood and rot choking the room as everything grew dark around me. My panicked eyes leapt to the body at my feet, and I saw the spent shells scattered in a spreading pool of rich, red blood.

There were two other men alive in this room. I’d met them each once before.

Five minutes ago I thought I had the story figured out. I knew these men both wanted me dead, knew their reasons for desiring my death were vastly different.

On one man’s face burned a hatred so personal, just looking at him felt like the grim reaper had come for me. The other man held a cold, blank, businesslike stare, as though my life was merely a timecard waiting to be punched. And I couldn’t help but think…

Human emotion was formerly an obsession of mine.

In my twenty-four years of life, I’d experienced them time and time again.

Experienced everything but fear. And over the last three days, all the fear I owed the house had been paid back in spades.

Traversing the black and white of human emotion was my passion, finding the gray between was my calling. Seeking out man’s limits and limitations and conveying them to the masses, it was my insulin. I moved to New York because I was given the chance to experience these emotions on a grander scale than I ever imagined. Here I had a chance to uncover the greatest stories never told.

The bullet in my chest sent cold sparks rippling down my spine. The right side of my body was numb, every breath felt like I was sipping mud through a crushed straw. When the slug entered me, tearing through my flesh, my body sent flying like a broken puppet, I expected to feel a blinding pain. White searing heat. Waves of agony that crashed against my body like vengeful surf. But the pain didn’t come.

Instead I was left with the terrifying sensation that there was no sensation at all.

As I lay dying, I tried to imagine the precious moments I might lose if that black muzzle fired again, its orange flame illuminating the darkness, death traveling so fast my world would end before the realization even hit me.

Was I meant to have a family? A bigger apartment than the shitty, overpriced rental, now with crime-scene tape crossing the door? Was I meant to have children? A boy or a girl? Maybe both? Would I raise them in the city, where I so eagerly arrived just a few months ago?

Maybe I’d grow old and get sick, die of natural causes. Maybe I’d step out from the curb in front of Radio City Music Hall and get hit by a double-decker bus filled with tourists, digital cameras snapping pictures of my mangled body as a bicycle cop directed traffic around my chalk outline.

But no. Here I was, Henry Parker, twenty-four years old, weary beyond rational thought, a bullet mere inches from shattering a life that had seemingly just begun.

And if the truth dies with me tonight, I know many more will die as well, lives that could have been saved, if only…

I can’t run. Running is all I’ve done the past seventy-two hours. And it all ends tonight.

My body shakes, every twitch involuntary. The man in black, his face etched in granite, grips the shotgun and says two words. And I know I’m about to die.

I don’t know Anne. But I’m about to die for her. And for the first time since it began three days ago, I have nowhere to run.

I want my life back. I want to find Amanda. Please, let it end. I’m tired of running. Tired of knowing the truth and not being able to tell it. Just give me the chance to tell the story.

I promise it will be worth it.

Mistress of Darkness by Christopher Nicole
Spy Who Jumped Off the Screen : A Novel (9781101565766) by Caplan, Thomas
Relentless by Simon Kernick
Song for Night by Chris Abani
Runaway Sister by Ann Jennings
The Resurrection of the Romanovs by Greg King, Penny Wilson
Bad Moonlight by R.L. Stine
The Cypress Trap: A Suspense Thriller by JC Gatlin
Dirty White Candy, The Beginning, Book 1 by Cox, Anita
The Nightingale by Kristin Hannah
Our partner