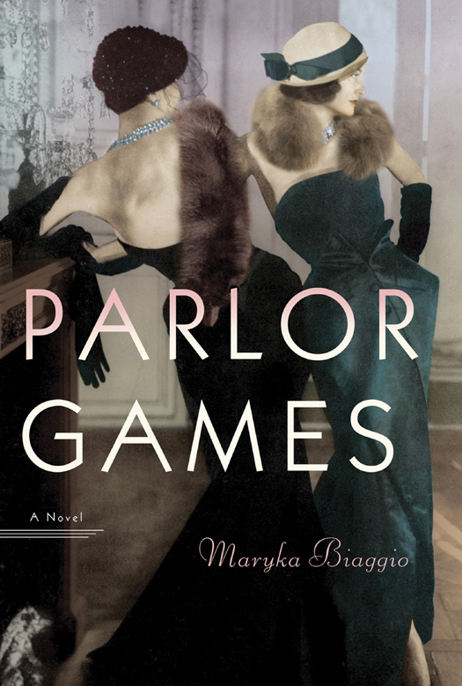 For my parents, Phyllis and Bill,
who made it all possible

A Start for Pauline Davidson: Chicago—August 1887

The Trial: My Lawyer’s Statement: Menominee—January 23, 1917

Matters of the Heart: Chicago—June 1888

My First Diamonds: Milwaukee and Menominee—June–November 1888

Out of the Frying Pan: San Francisco—April 1890

The Trial: A Matter of Calculation: Menominee—January 26, 1917

A Journey of Soul Searching: Tokyo to Vancouver—June 1891

Acquisitions Old and New: From London to Arkansas—September–October 1901

The Bonds of Family and Friends: To Menominee—October–November 1901

Gene and Frank: Chicago and Pittsburgh—1902

Heartache on Heartache: Mexico City to Arkansas to New York—January–February 1903

Whatever Will I Do?: New York and Pittsburgh—February 1903

Another Letter from Frank: Menominee—January 27, 1917

Dr. Ernest Whidbey: On the Atlantic—April 1905

The Trial: The Proper Way to Conduct a Trial: Menominee—January 29, 1917

Flirting with Danger: The Mediterranean—March 1907–March 1908

A Desperate Letter from Frank: Menominee—January 31, 1917

The Verdict: From Menominee to Points Beyond—February 1917

A Game of Cat and Mouse: The End of the Line—February 1917

A single bad act no more constitutes a villain in life than a single bad part on the stage. The passions, like the managers of a playhouse, often force men upon parts without consulting their judgement, and sometimes without any regard to their talents.… Upon the whole, then, the man of candour and of true understanding is never hasty to condemn
.

THE TRIAL
YOU BE THE JUDGE

I
believe, dear reader—and these words come from the bottom of my heart—that I can truly trust you. Look at yourself. You’ve sought out my story; you’re willing to hear me out through these many pages. Who but a worldly and curious soul would undertake such a journey? Why, already I discern in you the intellect and refinement of a person with an open heart and nimble mind. You and I, my new friend, will become well acquainted over the course of this tale.

But you’ll want me to proceed with the telling. That’s what you’ve come for, and I’ll not thwart your wishes a moment longer. So choose your favorite spot—a divan in a sumptuous hotel suite, the leather chair in front of your blazing fireplace, or a sun-soaked bench in a sculpture garden—any place, really, where we might enjoy the luxury of uninterrupted time together, and I will tell you the tale of the most dangerous woman in the world—or so the Pinkertons dubbed me.

Today was the first day of my trial in the booming metropolis of Menominee. I narrowed my attire choices down to an indigo dress or a modest black dress with fluted collar. Looking at the black dress, I thought, heavens, it’s no funeral, and donned the blue one. It hugged my torso in a becoming manner, but still struck the serious and formal note required of the occasion. I kept my jewelry to a minimum: a simple sapphire necklace and matching earrings; the carved gold bracelet the Baron gave me on our first wedding anniversary; and my three-stone diamond ring with garland filigrees. As much as I love my jewels, this was no time for ostentation.

With the trial slated to open at two in the afternoon, my brothers
and I enjoyed a leisurely luncheon at home. Then Paul drove us through swirling snow to the courthouse in his 1916 Apperson Jack Rabbit. He’s so proud of that car—with its spruce-green exterior and leather seats as comfortable as a sofa. But, then, his automobile business does stock the latest models in the Upper Peninsula.

“I believe, Paul,” I observed from the back seat, “that Mr. Apperson has taught Henry Ford a thing or two with this car.”

Gene, who sat beside me, said, “Taught him how to build the most expensive thing on wheels is what he’s done.”

I chuckled—Gene and I fell easily into the sport of teasing our older sibling—and added, “Now, if only you could find a buyer for it in Menominee.”

Paul pivoted his blocky head in my direction. “If I get the chance to sell it.”

I resented Paul’s insinuation that he stood to lose property in the lawsuit. After Papa’s passing, Paul had ordained himself head of the family, even though the best he’d ever managed was a lumber worker’s salary—that is, until I financed his automobile business. In truth, the responsibility for substantial support of the family had always fallen to me.

I reached over the front seat and patted Paul’s shoulder. “You needn’t worry. Have I ever let you down?”

“Oh, don’t make it harder than it already is,” Gene said. “None of us likes being dragged to court.”

I could always count on Gene to take my side whenever Paul goaded me. With a winking nod to Gene, I said, “I’m sure it will all come out fine.”

Everyone should have a brother like Gene. He’s as loyal as a musketeer, always ready to serve up merriment, and dashing to boot. Today he sported a trim charcoal-gray suit; Paul wore a baggy black jacket and shiny-with-wear wool pants. Gene, at six foot two, surpasses Paul in height and carries himself as erect as a proud stallion. Gene has the sort of looks that beguile women—twinkly blue eyes, a shapely mustache, and tawny-brown hair. Paul, stouter of build and perpetually glum, has only managed to attract a dowdy wife who disdains the revelry Gene and I naturally fall into. How perfectly
provident that Gene, and not dull Paul, was named after our charming father.

Paul eased up on the accelerator as we rounded the corner onto Ogden Avenue. Wagon and car wheel ruts grooved the snow-packed streets, and our car jostled over the ridges, bouncing us up and down on our seats. Between buildings and in storefront cul-de-sacs, a gusting wind played the snowdrifts, skimming snow off their thin peaks and carving them into lopsided mounds. The drying cold of winter that hangs in the air even during a snowstorm pricked my bare cheeks and neck; I clutched the folds of my moleskin coat against its bite.