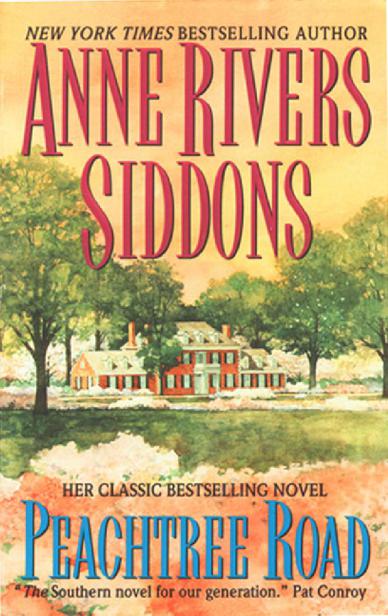 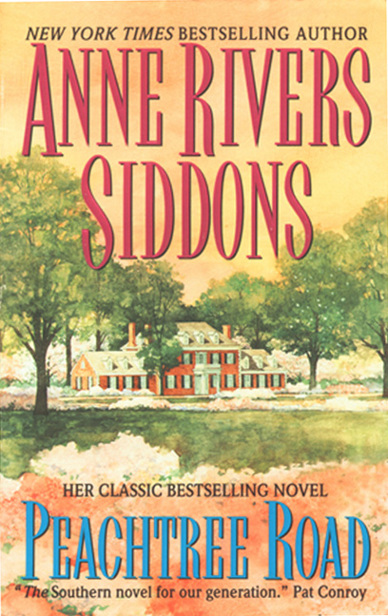 For Lee, Kemble, Rick and David

And for Betsy Fancher

When I wrote
Peachtree Road
, slightly more than ten years ago, I was aware, even in the first of its pages, that I was writing a bittersweet love song to a place that would cease to exist before the book was published. It has always been the nature of Atlanta to change like a chameleon, to be gone somewhere else entirely before the eye and the heart could hold it. It has been a city on the make and on the move all its young life, and the great arc of its trajectory has carried with it an incalculable number of vigorous, eccentric and none-too-principled men and women, among whose number were a handful who literally reinvented the city and the South in the short, supercharged decade of the Sixties. It was these men and women that I wanted to write about, and it was their home and their city I wanted to catch for myself and posterity before they, too, were gone into the sun.

A writer is never sure if he or she has succeeded with a book, or even what “succeed” means, but I do know that
Peachtree Road
opened a new door for me, one that led me to a world I might never have known. I like to think perhaps I was, in turn, able to introduce Atlanta to them. It was and is an Atlanta as surely gone with the wind as the one young Margaret Mitchell wrote of more than sixty years earlier, but to me, no less beautiful and seductive than that one.

My particular Atlanta, too, is nearly gone now, but I like knowing that I can find it anytime I want to revisit it, in these pages. It gave sweetness and shape to my first youth, and I will always think of it as Shep Bondurant did, in these words: “Peachtree Road…it is to me a name with far more scope and resonance than its dozen or so meandering miles of asphalt should rightly command…. Admittedly I see it now through the scrim of youth, but I do not think it looks like anywhere else on earth, and the very name of it rings in my heart like a bell.”

Some of the time, going home, I go

Blind and can’t find it.

Away for further development, but that does not stop me.

First in the heart

Of my blind spot are

The Buckhead Boys. If I can find them, even one, I’m home. And if I can find him catch him in or around

Buckhead, I’ll never die; it’s likely my youth will walk Inside me like a king.

“
Looking for the Buckhead Boys
”

The South killed Lucy Bondurant Chastain Venable on the day…

Lucy came to live with us in the house on…

They had not been in the house a week before…

Is that thing real?” Lucy whispered loudly to me, over…

Over that first year of fighting there hung and still…

They quarantined us immediately. Even before Jamie’s funeral, they separated…

Some people say that the great change began then, in…

This time our separation was complete. Martha and Shem Cater…

When I crossed Peachtree Road on a breathless, flaccid morning…

When I turned sixteen and got the red and white…

That afternoon I had a tentative date with Charlie Gentry…

On a misted Sunday morning in late October, in the… 305

When I came into the Peachtree road house on that… 325

“I never get over the feeling that I’m going to…

When I would not go to them, they came to…

The next Friday night I slept, for the first time…

My father did not die, though. All through the cold… 475

In Buckhead, when a titan falls, the rest of his…

From the very beginning, Lucy’s bond with her daughter was…

Looking back, I have come to think of the five…

“Did you know about him?”

Malory ran away so many times during the next decade…

“From now on we’ll be meeting mainly at funerals,”

In October of Malory’s freshman year at Wellesley my father…

Lucy never knew, after that New Year’s Eve, that she… 775

Well, and so there we were again this afternoon, at… 812

T
he South killed Lucy Bondurant Chastain Venable on the day she was born. It just took her until now to die. It was a textbook murder, classical in concept, faultless in execution; a work of art, really, as such things go. And no wonder. It’s what we do best, kill our women. Or maim them. Or make monsters of them, which may be the worst of all.

I was thinking of that as I stood by Lucy’s grave in the Bondurant plot in Oakland Cemetery this afternoon, in the pale lemon sunlight of a Georgia autumn. Of that, and of many other things, this being the accepted time and place for reflection: a quiet burial in an old cemetery where your family and friends and everybody you know lie, or will. One of the other things I was thinking was how contented and tranquil I always feel here; mindless almost. I have always loved Oakland. Lucy and I played together here as children, forty-odd years ago.

It is not that I am morbid, although there would be plenty of people in our crowd to dispute that. To our collective mind, morbid is synonymous with “funny,” and there was not one of the people gathered here today, me included, who would not agree that Lucy’s cousin Shep Bondurant is

“funny.” But morbidity is not the direction my aberration takes. Rather the opposite, I think. I’m pretty cheerful and optimistic, in the main, even if I don’t go out anymore, or hardly. If I were morbid, I expect I would be dead by now.

No, Oakland is not, to me, a place of shadows and stagnation. Not even of death. There is an air of ongoing bustle and life to it, in a silent and unseen way, of course, which is extremely attractive, in the manner of all places where like people dwell close together in harmony of purpose. The people here have their own grand, small 4 / ANNE RIVERS SIDDONS

mossy mansions, jumbled close together on tiny green, shaded lawns, and a tangle of brick streets threading the high hills, and fine old oaks and magnolias, and a great brick wall to keep out the riffraff, and a splendid view of Atlanta to the northwest, and uniformed servants to tend their lawns and streets and dwellings. That these citizens are all dead has always seemed to me quite beside the point of Oakland. The point is that its denizens are together, as they were in life, and safe, and that they will never, for all eternity, have to deal with the one thing that they detested and feared most in their lifetimes: the increasing intrusion into their ordered world of trash and tackpots. They have left all that to us who only visit them here, and there were not a few of us in the knot of handsome, seemly people gathered to send off Lucy this afternoon who will be relieved to join their sheltered ranks. In the core group of Old Atlanta, of whom I speak, the ecstasy of Heaven is surely incidental to the insularity of Oakland.

Our crowd has always been in and out of Oakland almost as frequently and easily as we enter and leave our homes and clubs. From the time we were small children, Lucy and I were brought here on picnics, and before the city got strict about closing hours and vandalism, it was a prime spot in which to park and catch some monk—a cloying term somebody in my crowd devised for necking, which caught on and became the rage for several years. Lucy always swore that it was here that she and Red Chastain first made love, on top of Margaret Mitchell’s grave, on a spring night after a Phi Chi dance when she was sixteen.

“I swear the earth moved, Gibby,” she said. “Old Red thought it was his incomparable fucking, but I’m sure it was little old Peggy Mitchell applauding.”

I doubt that it really happened, though I know that Lucy was sleeping with Red by then, and Margaret PEACHTREE ROAD / 5

Mitchell’s grave would have been just the sacramental fillip she would have chosen to mark the occasion of their first coupling. For one thing, Lucy was a baroque and gifted liar, and for another, Red was like a cat about his creature comforts, and would never have fucked on any but the levelest of ground, and then only atop the pristine Chatham blanket he kept in the trunk of the MG for such occasions. It’s even unlikely that he would have done it out of doors, having as he did access to any number of bachelor apartments around town, unless Lucy had brought him all the way to the brink before he could assess the alternatives. That
is
credible. Lucy had half our crowd lifting bumpers by the time she was twelve.

Oakland Cemetery hasn’t changed much in the hundred and thirty-odd years it has sheltered Atlanta’s favored dead.

It is the city’s proud claim that all classes of citizens lie here, from poor black and unknown potter’s field inhabitants to Atlanta’s silkiest gentry, the ones who built the ornate Victorian mausoleums, whose names can be found on a great many municipal streets, parks and buildings. Strictly speaking, this is true; for four years, until Westview was built, Oakland was, so to speak, the only game in town, and indeed, a few blacks of some distinction
are
here, usually at the behest of the white families for whom they or their progenitors toiled. There is, too, a separate Jewish section, an area devoted to the Confederate dead, many of whom fell at the Battle of Atlanta, and an Irish quarter, tactfully dedicated to the Hibernian Rifles of our cherished War. But over the years our crowd has largely usurped Oakland for its own, and now very few tackpots or trash are honored here.