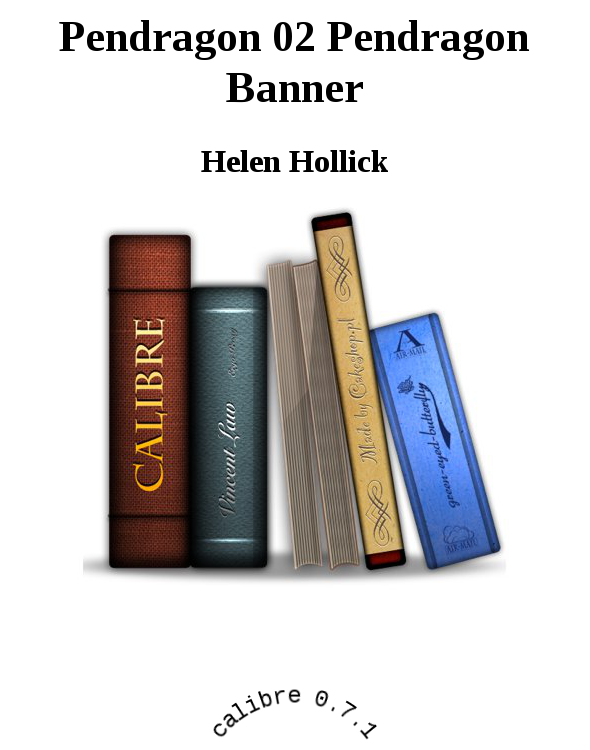 Acknowledgements
The research into the background facts of
Pendragon’s
Banner
has been
interesting, rewarding – and time
consuming! I am indebted to so
many:
the efficient and welcoming staff at Higham Hill Public Library,
Walthamstow;
Charles Evans-Gunther and Fred and Marilyn Stedman-Jones for their
encouragement and support.

At Heinemann my sincere
thanks go to Lynne Drew, my Editor, for
her
enthusiasm, experience and patience, and to Mic Cheetham, my agent.
I
don’t
know what I’d do without them.

Thank you to my special
friends, Hazel and Derek Cope, Mal
Phillips and Sharon
Penman – writing is a solitary occupation, true friends are especially needed.
Also, a thank you to Richard Cope for his knowledge of birds; Sue and Geoff
Williams for showing me the
very beautiful
area of Wales near Valle Crucis Abbey; Joan Bryant, and
her late husband Bill, who taught me so much
about horses; and Doris Hawkins and Joan Allen, both lovely ladies– it is often
the little things
that help the most!
To my Mum, Iris Turner and sister Margaret Clark, thank you for being there. My
only regret is that my Dad is not alive to
share the pleasures of
success.

Finally, and most important, I thank my
husband Ron and daughter Kathy. Kathy has never complained at my involvement in
my work, nor minded the long journeys to visit remote sites for research. Only
occasionally does she grumble that 1 monopolise the computer! Ron has supported
me, financially and emotionally, through all these
difficult years of writing. I am proud to have him as a husband, and to
him I dedicate
Pendragon’s
Banner, with all my love. 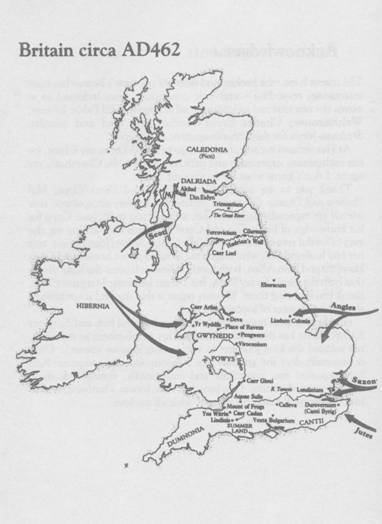 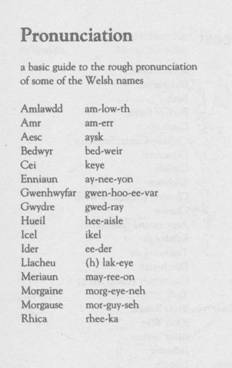 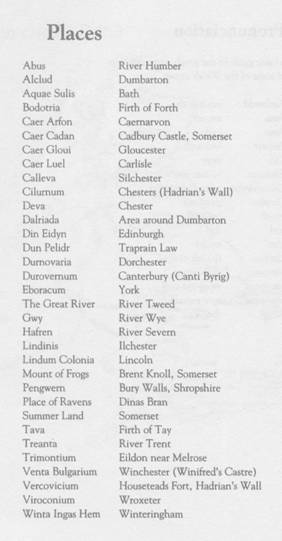 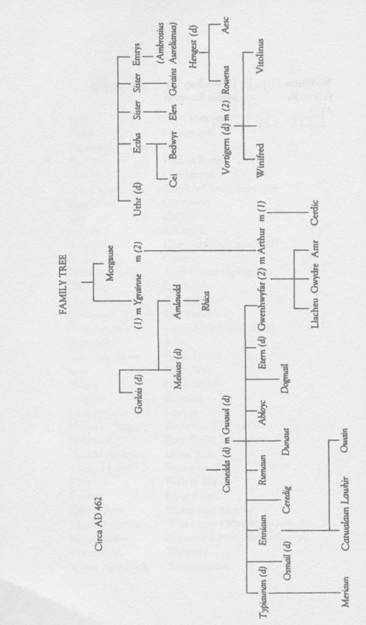 With an exhausted grunt of effort Arthur, the Pendragon,
raised his
sword and with a deep intake of breath, brought it down through the full force
of weight and momentum into the skull of an Anglian thegn. Another battle.
Arthur was four and twenty years of age, had been proclaimed Supreme King over
Greater and Less Britain three years past by the army of the British – and had
been fighting to keep the royal torque secure around his neck ever since.

The man crumpled, instantly dead. Arthur wrenched his
blade from
shattered bone and tissue with a sucking squelch, a sickening sound, one he
would never grow used to. Oh, the
harpers
told of the glories of battle, the victory, the brave daring
and skill –
but they never told of the stench that assaulted your nostrils, bringing
choking vomit to your throat. Nor of the
screams
that scalded your ears, nor the blood that clung foul and
sticky and
slippery to hands and fingers, or spattered face and clothing.

He
turned, anxious, aware that a cavalryman was vulnerable
on the ground. His stallion was somewhere to the left, a hindleg
injured.
The horses. Hah! No harper, no matter how skilled, could ever describe the
sound of a horse screaming its death agony. There was no glory in battle, only
the great relief that you were still alive when it was all over.

Sword ready to strike again, Arthur found with a jolt of
surprise
that there was no one before him, no one to fight. Eyebrows raised, breathless,
he watched the final scenes of fighting with the dispassionate indifference of
an uninvolved
spectator. No more slopping and
wading through these
muddied, sucking water-meadows; the Angli were finished,
beaten. The rebellion, this snatching of
British land that was
not theirs for the taking, was over.

The
Anglian leader, Icel, had wanted to be more than a petty
chieftain over a
scatter of huddled, backwater settlements,
and that wanting had plunged deep – deep enough for him
to unite the English warbands. Fighting against the British had
been sporadic at first, skirmishes, night raids
and isolated killings. Arthur had not been King, then, when Icel began
making
a nuisance of himself, but when the Pendragon bested
Hengest the Saxon, away down to the south of Londinium,
the army
of Britain acclaimed him as Supreme. And Icel sent
word across the sea for his kinsmen to come with the next
spring, to come and fight this new-made king of the
British
who rode at the head of an élite cavalry force; to come and
fight, for surely the victory over such a war-lord
would be
worth the winning! The thing
had grumbled on through the
roll of seasons ever since.

Those
Anglians able to run or walk or crawl were escaping, running away to die or
survive within the safe, enveloping darkness of fast-coming evening. It was
over, after all these long, weary months, over. Until the next uprush of the
Saexkind tried for the taking of more land, or some upstart son of a British
chieftain fancied for himself the command of supreme rule.

With slow-expelled breath, the Pendragon lowered his
sword and unbuckled the straps of his helmet, let them dangle free, his
face
stinging from the release of the tight, chafing leather. He was tired. By the
Bull of Mithras, was he tired! Arthur stabbed his sword-blade into the churned
grass and sank to his knees. His fingers clasped the sword’s pommel as he
dropped his forehead to rest on his hands, conscious suddenly of the great
weariness in his arms and legs and across his neck
and shoulders.
It had been a long day, a long season. He was bone tired
of fighting and this stink of death. He had a wife, two sons born, another
child on the way; he needed to be with them, to be
establishing a secure stronghold fit for a king and his queen; to
be
making laws and passing judgements – raising his sons to
follow after him. A king needed sons. Llacheu
would reach his
fourth birthday next
month ... Arthur had hardly seen his
growing; the occasional few days, a
passing week. He needed
Gwenhwyfar, but she
was to the north, more than a day’s ride at
Lindum Colonia, uncomfortable in her
bulk of child-bearing. Love of Mithras, let it be a third son!
Movement. Arthur opened his eyes but did not lift his
head. Two booted feet appeared in his lowered line of vision, the leather was
scratched and spotted with the staining of blood.
He would recognise those fine-made boots anywhere, the
intricate patterning around the heel, the paler
inlet of doe-
hide. He looked up with a spreading grin of triumph into
his cousin and second-in-command’s face. Cei, wiping sweat and
the spatter of other men’s blood from his cheeks,
grinned back,
his teeth gleaming white behind the darkness of his
stubble-
bearded face. For a while and a while
the two men stood,
grinning at each other like inane moon-calves.

‘That
is it then,’ Arthur said, climbing slowly to his feet and
pulling his sword from the ground. It felt heavy
to his hand
now, now that the fighting was done. ‘Happen we can think
about going home to our women and families.’ Cei shrugged a non-committal
answer. If God was willing they could go home soon. When the dead were buried
and the
wounded tended. When the submissions
were concluded,
hostages taken and
the King’s supremacy over these Saex scum
endorsed. When the grumbling
and muttering from the British,
discontent
with Arthur’s objectives, were silenced. Aye,
happen then, they could.

A Bad Bit Nice by Josie Kerr
H. A. Carter by Kimberly Fuller
The Angel of Highgate by Vaughn Entwistle
Nothing gold can stay by Dana Stabenow
India After Independence: 1947-2000 by Chandra, Bipan
English Lessons and Other Stories by Shauna Singh Baldwin
Dark and Stormy Knight by Nina Mason
Felicite Found by King, Julia
Why the Right Went Wrong: ConservatismFrom Goldwater to the Tea Party and Beyond by E. J. Dionne Jr.
The Obscurati by Wynn Wagner
Our partner