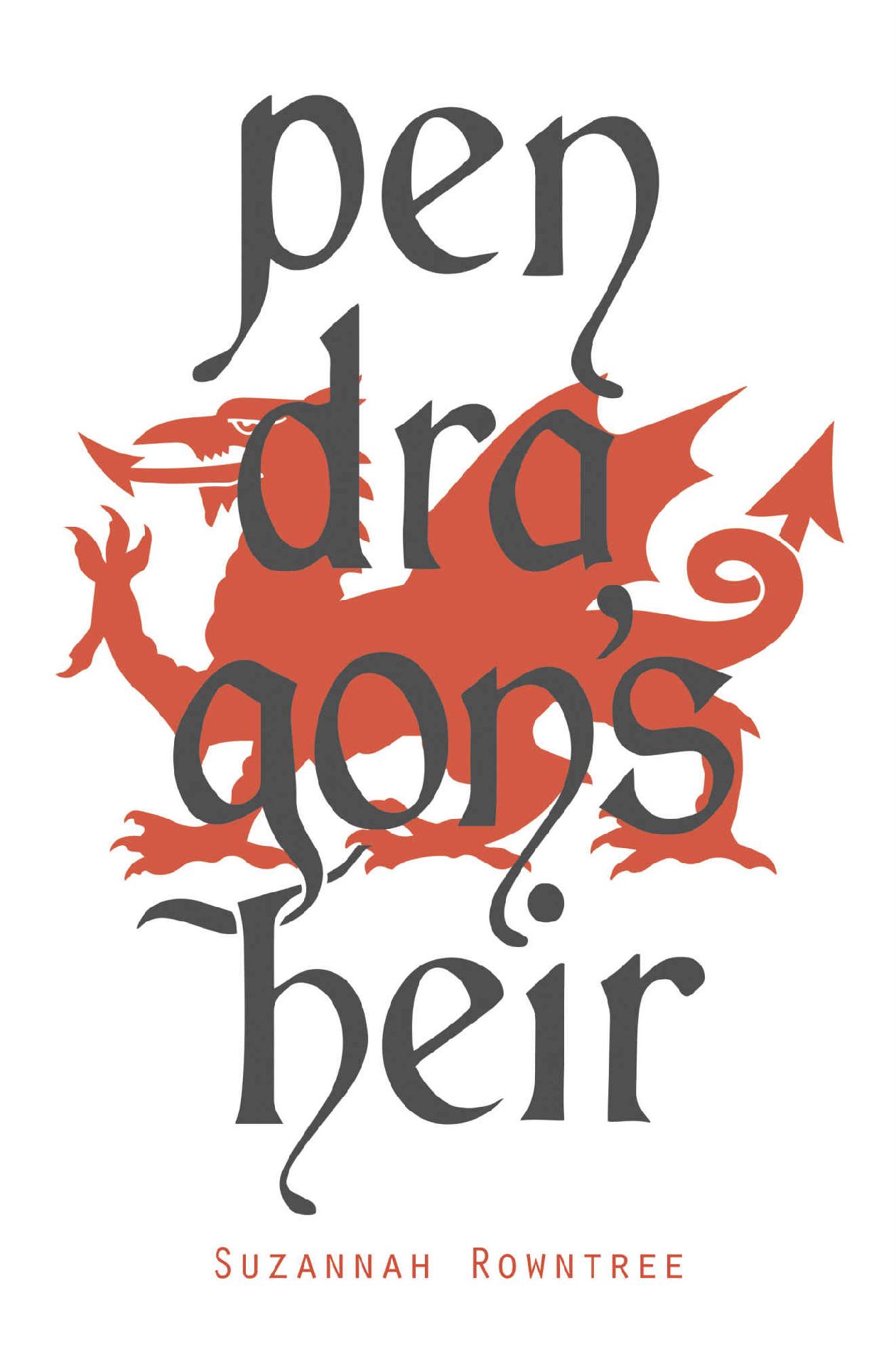 The Great Houses of Britain

All rights reserved. No part of this publication may be produced, distributed, or transmitted in any form or by any means, including photocopying, recording, or other electronic or mechanical methods, without the prior written permission of the author, except in the case of brief quotations embodied in critical reviews and certain other noncommercial uses provided by copyright law.

This book is a work of fiction. Names, characters, organisations, places, events, and incidents either are the product of the author’s imagination or used fictitiously. Any resemblance to actual persons, living or dead, events, or locales is entirely coincidental. 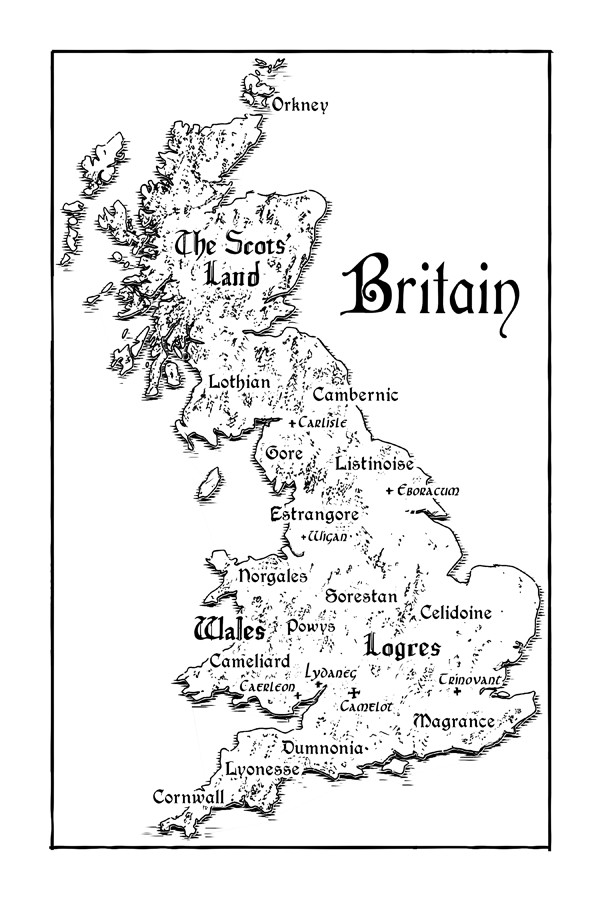 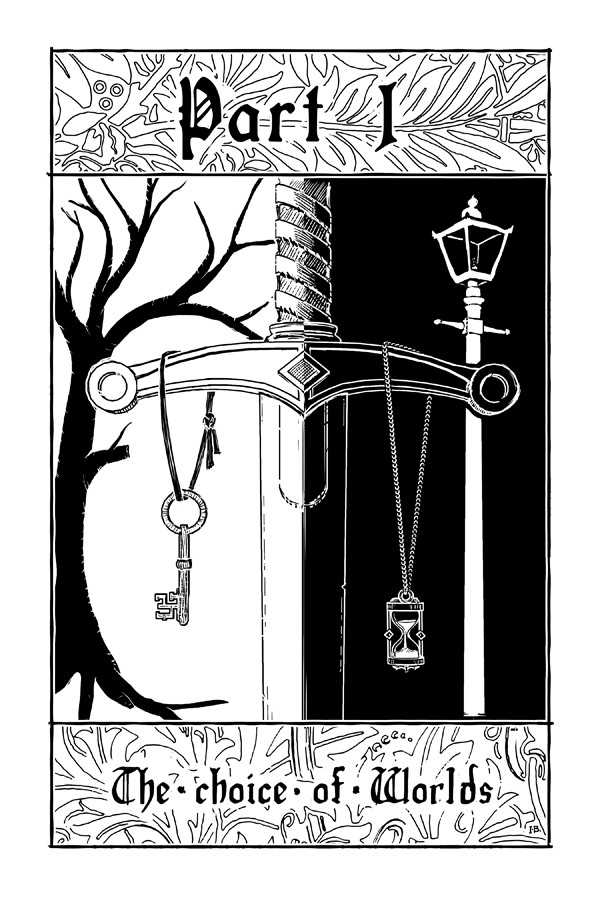 I
T BEGAN ON THE DAY OF
her eighteenth birthday. Blanche Pendragon woke that morning with Simon Corbin’s note burning a hole in her awareness from where it lay under her pillow. She burrowed a hand under her head to touch the paper and lay there nibbling her lip in indecision until the clock downstairs struck half-six in a rich and muffled boom that echoed through the whole house. As the backwash of sound faded, Blanche slipped out of bed and began to dress. Half an hour later she stole out of the house by the back door and hurried between garden-beds and under blossom-laden fruit-trees to the gate between the orchard and the hills.

There was a young man leaning against the other side of the gate, looking out at the hills with folded arms. Blanche stopped walking. After all, shouldn’t she have burned his note and refused to come? There was still time to slip back to the house, now, before he turned—

He turned and saw her and something that might have been a smile touched his thin secretive lips. All her misgivings faded away and she went up to the gate and put out her hand.

“Good morning, Blanche.” Instead of shaking her hand, he bent over it with an oddly ceremonial gesture, and she felt the shiver of his breath across her skin. “Many happy returns of this happy day.”

She pulled her hand back, hoping that the sudden pleasurable warmth in her cheeks was not too visible. “You wanted to see me?”

“Yes.” He indicated a bag in the grass at his feet. “I am on my way to Lydney to catch the London train, and I could not allow your birthday to pass without some token of my regard.”

There. See? It was all perfectly proper and respectable. Blanche felt a little contemptuous of herself for the scruples that had haunted her since Kitty Walker passed his note to her yesterday afternoon.

Mr Corbin reached into the pocket of his coat and drew out a box, which he presented with a flourish. “Miss Pendragon.”

She slipped off the lid and took out a little hourglass hanging on a silver pivot from a black ribbon, its belly full of twinkling black sand.

Her guardian, the antiquarian, who invested every colour, gemstone, beast, and planet with arcane and symbolic meaning, would likely give her a lecture on saturnine influences. Blanche decided not to care. “Yes, I do.” She threw a wry smile up at Mr Corbin. “Sir Ector wouldn’t.”

He reached out and closed her hand over the box. “Then don’t wear it where he will see it.”

She couldn’t do that; if her guardian didn’t see the pendant, her lady’s-companion Nerys would, and both of them would be hurt by her attempted deceit. Blanche smiled, trying to look daring and devil-may-care. “Oh, I’m not afraid to wear it. And thank you. It was sweet of you to walk so far out of your way.” She backed a few steps, signalling that it was time for him to move on and catch his train.

“Wait,” he said, and leaned over the gate. “Miss Walker means to take a motor to Tintern Abbey next week. Won’t you come?”

Blanche’s face fell. “Oh.
Perhaps
Sir Ector would let me go. But there will be church, and…”

The beginnings of a smile pulled at Mr Corbin’s face. “Oh, the Galilean can spare you for a day, surely?”

She bit her lip to keep from smiling, and failed. He saw, and the amusement deepened in the corners of his mouth.

“Yet one day I shall convince you to become a Freethinker, too.”

“Oh, I could never do that.” But she did admire the casual way he carried it off, as if impiety was no great risk to a man of his worth. She backed another step. “Maybe Sir Ector will let me come. I’ll ask. No, I’ll beg.” And with a laugh, she hurried away as quickly as she had come.

A
T DINNER THAT EVENING
, S
IR
E
CTOR
L’Espée was talking about the relief of Kimberly when he inevitably lost himself in historical minutiae and began lecturing on Roman cavalry. At last he paused between caltrops and stirrups to sip his wine and Nerys, from the other side of the table, said: “Blanche dear, I’ve never seen that before.”

Blanche put her fingers up to the hourglass around her neck, and her heart sank a little. So there
would
be trouble. “It was a gift.”

Sir Ector put down his wineglass, dabbed at his frost-white moustache, and leaned closer to see. “Someone has a morbid taste. Who was it?”

“When did he call?” Nerys did not change her expression, or the mild tone of her voice, but Blanche thought she could sense reproof.

“I was walking this morning and met him going down to the train at Lydney. It wasn’t improper in the
least
.”

Nerys’s eyebrow flickered up at Blanche’s defensive tone, but she made no further comment. Only the air around her grew a little cooler. Blanche sensed that, too, and heaved a sigh at her plate, wishing Nerys could forget about being a chaperone, just for a moment.

Sir Ector said, “Have him come to dinner some day. I should like to meet your friend Simon Corbin.”

Blanche poked at her food. “All right. I’ll tell him next time.”

Sir Ector looked at Nerys. Nerys looked at Blanche. “You know that your guardian would prefer to know your friends, Blanche. Especially such a close friend as Mr Corbin.”

“I know it,” said Blanche. She kept her voice sweet, but spoiled the effect by stabbing a potato. “He isn’t such a close friend, anyway. I’ll give the hourglass back if you don’t like it.”

Sir Ector blinked and said, “Give it back? Not if you really like it, Blanche.”

She nodded and took another bite, not looking away from her food. After a moment’s silence, Sir Ector’s fork scraped his plate and she knew the discussion was over. But silence hung on them all, becoming more difficult to lift with every moment. Blanche felt a quiver of melancholy in the air and glanced opposite, to Nerys.

It was odd that her young companion, who went so quietly clad in grey with never one black hair out of place, who spoke so reluctantly and so rarely changed expression, should be so legible in her moods. It was also odd that nothing seemed bleaker than Nerys’s melancholy, which might only be provoked by a birthday dinner gone sour, but held in itself all the tears shed since the beginning of the world. Blanche felt sorry for her petulance over the hourglass. She gathered all of her strength against the chill in the air and said with cumbersome gaiety:

“Why, Nerys, you look so thoughtful. Come, stop frowning like that. The wind will change, and where will you be then?” She leaned forward and whispered. “Remember what happened to the Queen when Prince Albert died—they say the wind changed at the funeral and she
never smiled again
.”

Nerys looked up gravely. “I’d not heard it.” But there was a silver shimmer through the tone of her voice that hinted at laughter deep below the surface, and her shoulders went back a little, and the mood in the room lightened.

Blanche turned to Sir Ector. “Kitty Walker has asked me to go with some friends to see Tintern Abbey on Sunday, in the new motor-car.”

“I know,” Blanche said, “but Kitty’s London friends are visiting, and I’ve never been riding in a motor before. And I haven’t missed a service once this year.”

“You might miss Evensong on Sunday, then. Perhaps Miss Walker can delay her excursion until after the morning service.”

“I’ll ask her.” It was, she supposed, the most she could hope for. Still, it would be too bad to miss the jaunt and spoil the day for the sake of a few hours at church.

They finished dinner and went into the library, where Blanche made tea for Nerys and herself and coffee for Sir Ector. Nerys took a book into a corner, but Blanche stood in front of the fire to warm herself, leaving her saucer on the tray so that she could curl both hands around the teacup. Sir Ector sank into an armchair.

“Well!” he said in a comfortable murmur.

She turned and smiled, unsure whether he was about to make a birthday speech or relapse into another comfortable silence.

The birthday speech it would be. “Yes. Not for another forty-two years will the word ‘sweet’ alliterate with my age.”

He smiled as though he hadn’t heard the joke, and she realised that a birthday speech was no time for banter. He’d laced his fingers together and was running each thumb in turn over the other.