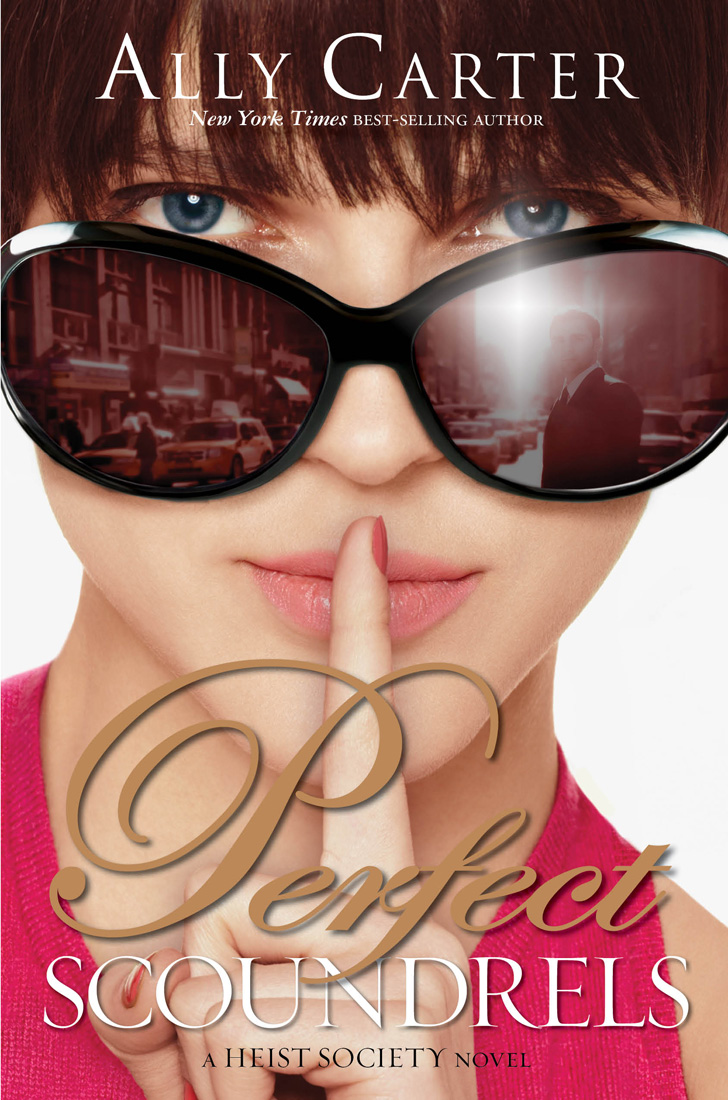 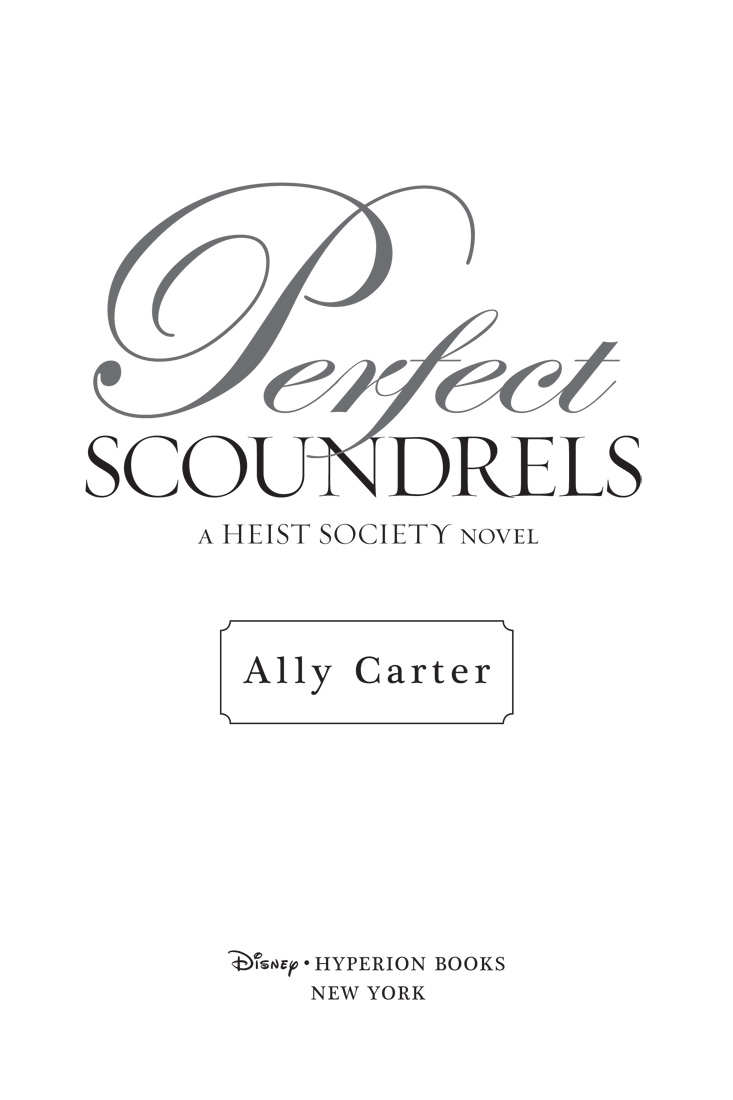 I’d Tell You I Love You, But Then I’d Have to Kill You

Cross My Heart and Hope to Spy

Don’t Judge a Girl by Her Cover

Only the Good Spy Young

Out of Sight, Out of Time

Double Crossed: A Spies and Thieves Story
(an eBook original) 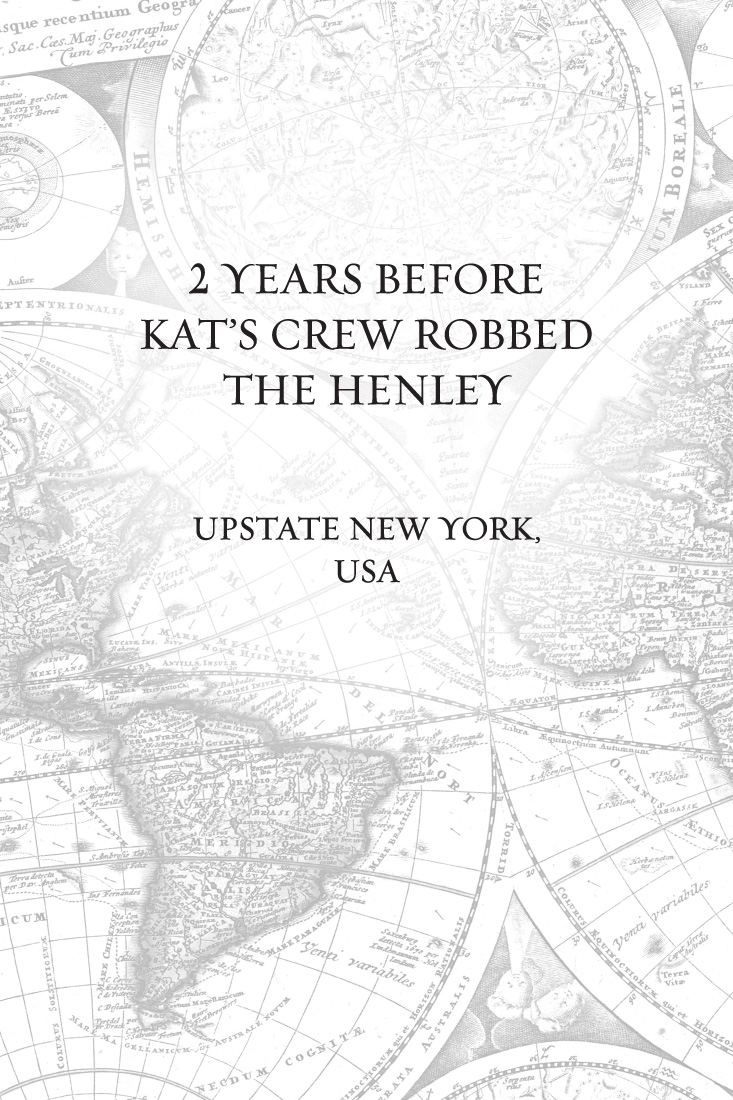 O
f all the people who knew about the big house in the middle of Wyndham Woods, very few had ever been inside. For over a century, the owners had been importing their chefs from France, their butlers from England. Occasionally, someone from town would be summoned through the tall gates and down the winding lane to repair a pipe or deliver supplies; but for the most part, the house was like a dragon in the hills, a sleeping legend that barely touched anything beyond its line of trees.

But that never stopped the stories.

The ceilings are forty feet high,
some people would say.
The bathroom faucets are made of solid gold.
Every so often, one teenager would dare another to climb the fence and wander through the grounds to get a look at the house, and the trespasser would show up at school the following day with tales of armed guards, Doberman pinschers, and a narrow escape through a tunnel lined with barbed wire.

(The one-way ride in the back of a squad car and the stern call to their parents, however, always went unmentioned.)

But more than anything, people talked about the painting. Sure, most of the town gossips knew only the most basic facts about Claude Monet. For them, it was enough just to imagine what a hundred million dollars might look like, hanging on a wall in the middle of the woods.

And yet no one ever saw it. In truth, no outsider even came close until the night a teenage girl with a long black ponytail and bright blue eyes drove through the town and down the narrow, two-lane blacktop.

No one saw her park the Vespa she had “borrowed” from her uncle Calvin. Not a soul was there to witness how easily she scaled the tall iron fence and landed softly on the damp ground on the other side.

She was not the first teenager to find the narrow path through the woods, but she was the first to stop when she reached the clearing that surrounded the house. She didn’t move an inch until the cameras were blind and the guards were distracted, and then all she had to do was stroll to the ivy-covered trellis at the rear of the house. And climb.

At the top of the trellis, the girl wasted no time in pulling a pair of pliers from her belt and clipping the wires that ran, almost undetectable, around the window. A moment later, she was sliding open the glass and crawling inside, as quick and nimble and quiet as a cat.

The girl dropped lightly onto the hardwood floor, but stayed perfectly still for a long while, waiting for a creak that never came. Even as she crept along the hall and down the stairs, there were no noises of any kind. Not the ticking of a clock. There were no crackling fires or rushing winds. The house was utterly silent, abandoned; and so she dared to walk a little faster, move a little easier, until she reached the big double doors at the back of the house.

There was an ornate desk that had once belonged to a king of England (one of the Georges, rumor said) and a grandfather clock that had been made in Switzerland, a Fabergé egg, and a Hemingway first edition that had been autographed by the author himself. But those things paled in comparison to the painting that hung in the gentle light over the mantel of the fireplace in the back of the room.

For a moment, the girl simply marveled at the painting. She might have been a student in a gallery, a buyer at an auction. It seemed almost enough just to see it—to be so close to something so beautiful. So she stood alone, waiting, until a voice said, “I see you found the Monet.”

She startled when the lights flicked on, but she didn’t yell or run. She just looked at the boy who stood behind her in a T-shirt with a frayed collar and a bright blue pair of Superman pajama bottoms.

“You’re not supposed to be here,” the girl said.

“Funny, I was going to say the same thing about you.” He smiled like his night had just gotten significantly more interesting.

Spotlights shone down, and the boy studied her in the manner of someone who is used to looking at rare, beautiful things. Then he jerked his head at the painting and said, “Okay. Go ahead, take it.”

He started to leave, but stopped when the girl said, “Yeah, I can have
this
one. It’s a fake.”

“Oh now, that hurts.” He brought a hand to his chest like he’d been stabbed. “Not that it’s any of your business, but the Hale family happens to have the largest collection of Monets in the United States.”

“Technically, it’s the largest
private
collection. And this isn’t one of them. This”—she shined a small flashlight onto the delicate brushstrokes—“is a slightly better-than-average forgery.”

When the boy eased closer to the painting, it was like he was seeing it for the first time. “No. That can’t be right.”

“Sorry to break it to you.”

He shook his head slowly. “But my grandmother said…”

“She lied,” the girl told him.

The boy smiled again and whispered something that sounded like
“Hazel is awesome,”
but the girl wasn’t quite sure.

“What was that?” she asked, but the boy just laughed.

“You’re a strange kid,” she told him.

“Yet another thing we have in common.”

This time the girl blushed. It seemed like a compliment, and the way he looked up at the painting told her that the forgery was more precious to him than any old master could possibly be. The girl, however, didn’t share that opinion.

Hurriedly, she put her tools away and turned, heading for her window and the path through the woods. But the boy rushed after her.

“Oh”—the girl laughed—“it’s probably best if I don’t tell you that.”

The boy raced ahead and blocked her way onto the landing. “Tell me anyway.”

The girl pushed past and started back the way she’d come. “No thanks.”

“I’m sure you’d try.” She reached for the window, but his hand landed on top of her own, and right then the glass beneath her palm felt too cold. His skin was too warm. And the girl felt her face flush even against the chill.

He raised an eyebrow. “Of course, I could yell.”

She tried to sense whether or not he was bluffing. He had tousled hair and sleepy eyes, and even though he couldn’t have been more than fourteen, there was a weariness about him. He seemed thin and pale, and she wondered for a moment if he were seriously ill, like in an old movie where the rich boy is kept locked away from the world at large for his own good.

“No dice.” The girl started to open the window. “A Monet I’m willing to steal, sure. But the heir apparent to the Hale empire? No thank you.”

“You don’t want to make that bet.”

In the moonlight, a shadow seemed to cross his face as he whispered, “You’d lose.” Then he moved the hand that had been on top of hers, held it toward her. “I’m W. W. Hale the Fifth, by the way. It’s nice to meet you.”

He looked serious. He sounded serious. But the girl just eyed the outstretched hand as if it might come with a hidden switch or sensor, and making contact would trigger some silent alarm.

“Take me with you and maybe you’ll find out.” He stared down into her eyes and whispered, “I go or I scream. You look like a smart girl. It’s your call.”

She
was
a smart girl, or so everyone always said. Her whole life she had been taught to be cautious, wise, and most of all, decisive. And yet she stood there in the cold air of the drafty window, completely uncertain what to do. After all, she’d stolen a lot of things in her short life, but she’d never, ever stolen
someone
.

But then again, the girl thought, there is a first time for everything.

So she pushed open the window and climbed out onto the trellis. A moment later, the boy followed; and in the morning, all that the security footage showed was two shadows disappearing into the deep black of the night. 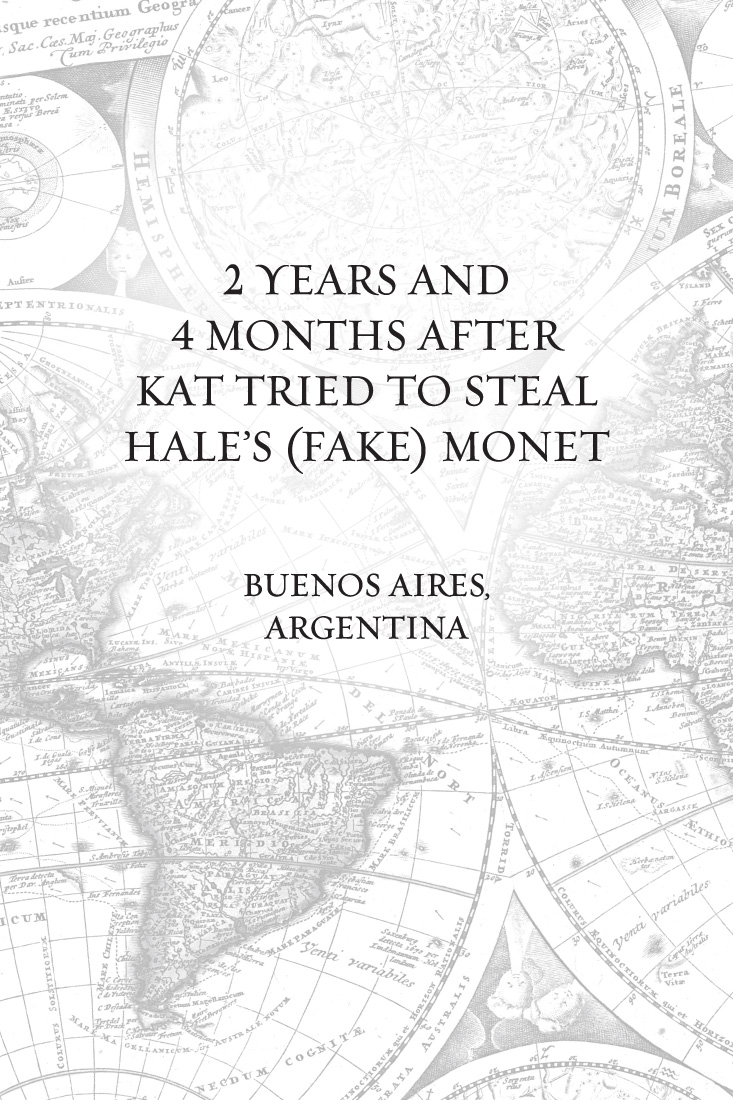 The Geography of Girlhood by Kirsten Smith
Darkest Fear by Cate Tiernan
Margaret's Ark by Daniel G. Keohane
Acadian Star by Helene Boudreau
After You by Julie Buxbaum
Tower of Shadows by Sara Craven
A Light to My Path by Lynn Austin
Saved by the CEO by Barbara Wallace
A Deepness in the Sky by Vernor Vinge
Taming His Tutor (Entangled Brazen) by Natalie Anderson
Our partner