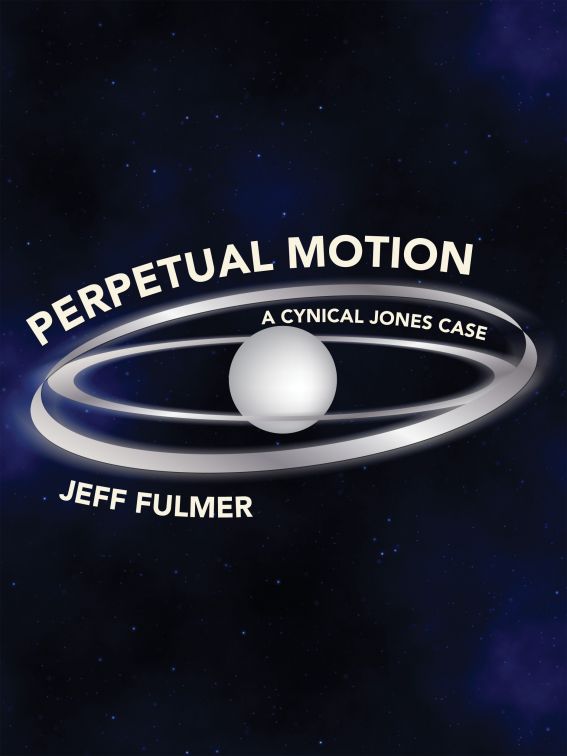 This is a work of fiction. All characters,
names, and dialogue contained in this novel are the products of the
author’s imagination, or are used fictitiously in this work. If
there is any resemble to actual people of institutions, it is
entirely coincidental.

Two pairs of low-flying headlights cruise
over a bridge that spans the concrete banks of the LA River. Just
beneath the overpass and beyond the “river,” rows of railroad
tracks resemble a stitched up wound in the heart of the city.

Darting down an off-ramp, the mini-convoy
descends onto surface streets. Behind the high beams, twin black
Escalades with tinted windows shimmer in the night. If anyone were
around to see them, these highly polished armored shells would look
conspicuously out of place in the land of shipping containers and
semi-trailer trucks.

Winding their way around the darkened
industrial buildings, the SUVs pass a scrap metal refinery,
followed by a cannery. Up ahead is a warehouse, distinctive only
because it overflows with electromagnetic radiation, otherwise
known as electrical light. Unlike all the closed businesses around
it, dazzling brightness shines from every window, crack, and
crevice.

The SUVs fly toward the beacon like a couple
of kamikaze moths to a brilliant flame. Veering into the parking
lot, they screech to a stop and, with no place to hide, park under
the vast tent of illumination. Car doors open as four figures clad
in black fatigues pounce out to the pavement.

The man leading the charge produces a
sledgehammer as he passes a crudely welded sign announcing
“O-Motors.” Using his forward momentum, he slams the hammer into
the metal door, instantly snapping the lock and dislocating the
hinges. The entry point swings wide, allowing the unit to move
inside without missing a beat.

As soon as they are in the sparsely furnished
office, one man begins rifling through a desk while another goes
straight to a vertical filing cabinet in the corner. Opening the
top drawer, he glances over the files before opting to simply pull
the entire drawer out.

The other two team members are already into
the adjacent warehouse. Stopping in their tracks, they openly gape
at a big object in the center of the cavernous room: a metallic
sphere, twelve feet in diameter, with an equivalent sized metal
beam spinning over the top. The entire apparatus is mounted on a
sturdy platform three feet off the ground.

One man nudges his mesmerized counterpart,
bringing him back to the mission at hand. As they move within ten
feet of the machine, they both feel a strong tug toward the
swirling steel rotor, as if its centrifugal force is pulling them
in. The motion of the bar is smooth yet it whirls with such
ferocity that, if it were to come loose, it would threaten to
destroy everything in its path.

Ducking underneath the staging, they
instantly feel the upward rush of the air flow. Both men look up to
take in the blur of the bar spinning overhead like a heavy
helicopter blade. Should either of them attempt to stand up, their
heads would instantly be batted toward the warehouse wall.

Reaching back into his duffel bag, one of the
men takes out a soft brick and carefully pushes it up against the
machine’s metallic underbelly. Following along behind, the second
demo man pokes a pen-shaped detonator into the pliable pile of C4.
In a well-rehearsed chorography, they began to work their way
around the circular casing, placing their plastic bombs every few
feet.

While the men in the office are busy taking
bags of papers and hard-drives outside to the SUVs, the demo team
completes its own circle of destruction.

Underneath the gyrating behemoth, thin lines
protrude out of a dozen soft gray mounds, a spider web of wires
coming together into a single blinking button on the concrete
floor. With a slight nod, the men slither out from underneath the
platform and scamper away from their handiwork.

The clean-up crew looks up as the demolition
team double-times it through the office and out the front door.
Finishing up, they gather the last shreds of evidence and make for
the exit too.

As all four men jump into their two waiting
rides, unseen drivers are already putting their cars into gear.
Doors shut and brake lights flash as both vehicles accelerate away
from the lighthouse on Alpha Street.

A moment later, from deep within the
warehouse, an explosion rocks the cinderblock walls, raising the
aluminum roof and blowing out the long, narrow windows.

The howling sound of ripping metal mingles
with the low groan of a heavy cylinder pitching and rolling. Lights
flicker before going out – plunging the building into darkness, and
leaving O-Motors a smoking husk of its former self.

The private detective carefully studied the
man sitting across from him at the Sand Bar. Hunched over an empty
glass, the sole patron looked like he’d been waiting a little too
long for his ship to come in and no one had the heart to tell him
it had sunk.

Under a tragically festive floral shirt, he
noticed the man had packed on a few hard pounds around what had
once been a middle-weight’s frame. While the man could still pack a
punch, he would now be a cruiser weight in the seniors division, if
such a thing existed.

With a nose that had been broken once too
often, his looks were now more ragged than rugged. A formerly jet
black head of hair was turning a gun metal gray; a dreary color
that had spread down to the two days worth of beard stubble. Etched
lines in his face underscored the painful reminder that his best
years were behind him.

Shaking his head away from his own reflection
in the mirror behind the bar, the private eye wondered if he could
file a missing person’s report on himself.

With a heavy sigh, he rolled his hazy eyes
toward the bartender who was nervously watching the television
hanging over the bar. On the TV screen, multi-colored images were
superimposed over a map of the ocean.

“Man, this thing is practically right on top
of us,” Ted the bartender commented.

With a tap on his glass, Ted’s lone customer
signaled for another drink. When that didn’t get a response, the PI
cleared his raspy voice, “Hey, if you’re still open, how about
another one of these – what do you call ‘em - ‘Widow Makers?’”

Breaking free from the TV, Ted began pouring
an assortment of liquors into a blender, looking like he’d rather
be anywhere.

While waiting for his next Widow Maker to
arrive, the PI let out a loud laugh when he heard they were calling
the white swirling mess “Hurricane Ilene.” The irony that Ilene was
his ex-wife’s name was not lost on someone named Cynical Jones.

Ted started to ask what was so funny about a
hurricane; then thought better of it. He’d missed his opportunity
to ask the man if he’d had enough to drink, which, in his
experience, was a pretty stupid question to ask someone who was
already drunk.

The news had cut to a weather woman who was
reporting from a location just up the beach. “St. Croix was hit
with winds well over one hundred miles an hour and Ilene has only
picked up steam since then,” she shouted with one hand on top of
her blonde mop. Cynical wondered if the concern in her voice had
more to do with the hurricane’s impact on the island or her hair.
“St. John can only brace itself as Ilene comes ashore.”

As if on cue, a loud thud was heard outside
the bar, like a VW had just crashed into the wall. Ted muttered
something as he threw a fruit kabob on top of the toxic concoction
and delivered it to his waiting customer.

“I’ll take this to go,” the punch drunk
fighter said as he wobbled off his stool for the final round of the
night.

Ted started to object to the customer taking
a glass away the bar, but the sounds of the high winds outside
distracted him to more important matters, like his own
survival.

Pulling crumpled bills out of his pocket, the
PI closed one eye to examine the greenbacks; then decided to leave
the small pile on the bar. Taking his drink in hand, he performed a
staggering foxtrot toward the exit; slow, slow, quick, quick,
slow.

“Thanks,” Ted called out as he accounted for
the drinks, one glass, and a pretty generous tip to boot. “Get some
place safe before Ilene hits!”

“Too late for that; she already KO’ed me,”
Cynical said, not caring that his inside joke was lost on the
bartender.

Chuckling at his own dark wit, he missed the
door by a foot, causing a mounted fish to smirk at his attempted
exit. “As if you could do any better,” he told the plastered
Wahoo.

His second attempt was more successful and he
was rewarded with a cold wet slap in the face from Ilene. Getting a
good grip on his cocktail, he gathered himself up and ventured into
the violent, unforgiving storm.

Leaning at a sixty degree angle into heavy
headwinds, Cynical crossed an empty street, dodging a flying
umbrella, a hubcap, and several palm leaves. A grocery cart with a
wobbly wheel sped by as if being pushed by a frantic shopping
ghost. No people were out. The smart ones had fled; the stubborn
ones had already hunkered down.

His cheap motel a block from the ocean was
within sight. Taking aim, he tacked across the parking lot until he
found himself underneath his room number. Lapping at his drink, he
fumbled for his hotel key. All the while, Ilene whipped and lashed
at him, sending an unidentified projectile into his neck.

Getting his door open, the private eye
stumbled inside. Slamming the door behind him sent the wind howling
like a scorned witch.

It was his first real vacation since his
divorce - almost four years ago. Cynical had come to the Caribbean
to do a little deep sea diving and fishing. Who knew? Maybe, if he
was lucky, he’d even hook a land mammal of the female variety.
Instead, he had run smack into his ex.

Ilene roared again, banging the clapboard
shutters and threatening to peel back the roof over his head. A
long swig and the private detective started up the interrogation
that always took place after he’d had too much to drink.

The line of questions went something like:
What series of unfortunate events led you to this low point? Why
did you fail as a husband? Why did you fail as a cop? How can you
account for all the missed opportunities and broken promises? How
can you ever hope to make up for all the lost time and long list of
failures?

If this had been an actual interrogation,
Cynical could have filed police brutality charges. But he wasn’t a
real detective or even a cop anymore. He was just a washed up
x-detective, all liquored up and no place to go.