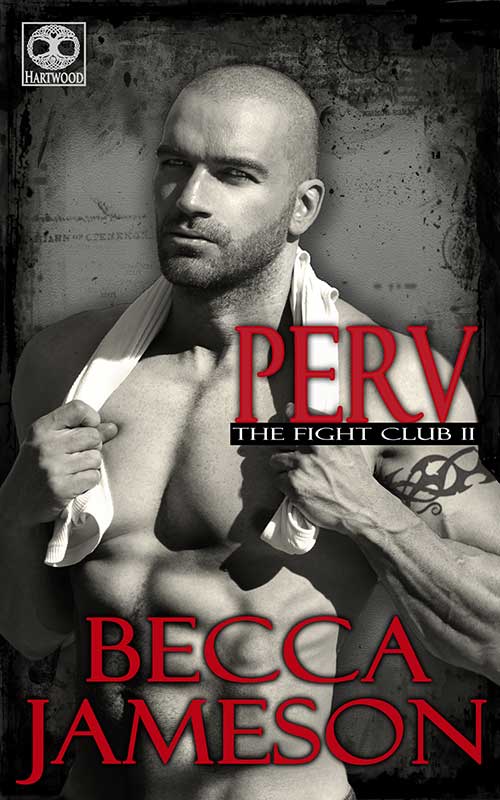 Warning: The unauthorized reproduction or distribution of this copyrighted work is illegal. No part of this book may be scanned, uploaded or distributed via the Internet or any other means, electronic or print, without the publisher’s permission. Criminal copyright infringement, including infringement without monetary gain, is investigated by the FBI and is punishable by up to 5 years in federal prison and a fine of $250,000 (http://www.fbi.gov/ipr/).

Published By: The Hartwood Publishing Group

This book is a work of fiction. The names, characters, places, and incidents are products of the writer’s imagination, or have been used fictitiously and are not to be construed as real. Any resemblance to persons, living or dead, actual events, locales, or organizations is entirely coincidental.

Jenna Mathews has nothing on her mind except making sure her best friend’s wedding is perfect in every way. As the maid of honor and the florist, she needs to keep on task. However, she is in no way prepared for the sexy best man who slides into place at the last second for the wedding rehearsal. He flusters her from the moment he arrives and manages to tip her world on its axis before the night is over. But Jenna isn’t ready for his world, and besides, she has family issues to deal with and has no interest in divulging the truth about who she really is.

But things don’t work out as planned for either Jenna or Mason. Every time they are together, the heat rises. Neither of them is capable of turning the flames down. Jenna proves to be far less vanilla at heart, shocking herself as well as Mason. The fighting is almost more than she can handle, but when Mason takes her to his club, Extreme, she finds herself titillated beyond what either of them expected.

Just when things are looking up, Jenna’s family enters the picture to rock the boat. Can their relationship survive the extreme turbulence? Secrets are one thing, but Jenna has a pile she wished she never had to divulge.

To my editor, Lisa Dugan, for all her patience with me and my forgetfulness. And to my publisher, Georgia Woods, for yanking this story up and turning it into a six-book series before I could even blink. Love you both!

“And on the other side of the octagon, we have Mason ‘The Bullfighter’ Simmons.” The announcer spoke, but Mason applied only a fraction of his concentration to the loud speaker. He bounced in his corner, waiting for the lull, the moment the bell would ring and he could begin the arduous task of taking out his opponent. At five eleven and one eighty-two, Reggie Tucker was a solid fighter, only an inch shorter than Mason and two pounds lighter.

Mason had competed against him before, and he’d easily taken him down on a number of occasions. Today he hoped to construct a repeat performance, and quickly. He needed to get out of there and get cleaned up. As the best man in his friend’s wedding, he was expected to be at the rehearsal in an hour.

Rafe should have been fighting today also. They both represented their local gym. How had a simple wedding rehearsal slowed the man down? He was pussy-whipped. Mason smiled to himself, his mouth contorting oddly behind the guard he wore for protection.

Somehow he seriously doubted Katy, Rafe’s fiancée, would have found the idea of her hubby-to-be fighting the night before his wedding quite as humorous.

Mason cocked his head to one side and then the other. He wiped his brow of sweat with his forearm. It was late October, but Vegas didn’t know her seasons well. As warm as it was today, it might as well have been the dead of summer.

He threw a few practice punches in the air as the announcer droned on about his accomplishments. “…middleweight champion…” Mason rarely lost. He didn’t have it in him to give up. And that mental state was what made him one of the best amateur fighters in the area.
Mind over body
, he repeated to himself. His mantra. His go-to phrase before a competition.

A bell sounded, and Mason lurched forward. His competitor furrowed his brow as he circled the ring, bouncing on the balls of his feet, assessing whether or not he thought he could take Mason down this time.
Not today, Reggie. Sorry
.

Mason hooked left and then swung around in a circle to apply a firm kick to the man’s head. Reggie staggered back a few steps but shook his head to clear his fog and lurched forward, frustration written across his face.

It was never a good idea to move too quickly. The man needed a moment to regroup. He’d let his frustration get the best of him. In an easy sweep of his leg, Mason flattened Reggie to the ground. In seconds he was on top of his opponent, grappling for a submission hold. If he was lucky, he’d attain the quickest takedown of his career and be out of there in no time.

But Reggie had other ideas. In a burst of energy, the man bucked his chest and punched Mason in his right eye. A moment of blindness followed the blow, and Mason held on to his opponent with all his strength, waiting for the dizzy sensation to pass before he released his hold. Letting go too soon would give Reggie the upper hand and leave Mason floundering.

Recognizing his need for retreat, Mason leaped off his opponent and bounced to a standing position. Reggie followed, bounding off the ground in an instant.

The match evened out for several minutes as Mason failed to get the upper hand. He threw several jabs, but Reggie managed to block him every time. His opponent was all about elbows today and landed a blow to Mason’s gut that made him suck for oxygen before he regained his control.

When the first bell rang, Mason turned for his corner and refused to sit. His cornerman held out a towel and wiped Mason’s face, heedless of Mason’s continued bouncing. Hell, Byron knew him well. He’d been his cornerman many times. “You okay?” Byron asked.

Mason ignored him. The man always asked. Mason never paid him any attention. Unless he was down on the ground, he was good to go. And only on a rare occasion was Mason taken down.

The bell rang again. An entire minute was very short when a man was trying to catch his breath.

Reggie came forward more aggressively this time. His cockiness increased since he hadn’t been beaten in the first round. Reggie struck from the left, his arm flying toward Mason’s head. Mason managed to duck at the last second and swept his leg out while Reggie was off balance. Reggie went down hard, Mason piling on top of him to grapple for a dominant position. Sweat coated both their chests, and Mason’s fingers slipped against Reggie’s skin. Mason silently cursed the cumbersome gloves, wishing for a moment he could grab the other man’s wrist and subdue him.

Mason spun right, forcing Reggie to lose his sense of direction. Mason moved in for the win, clinching his opponent around the neck in a chokehold and wrapping his leg across Reggie’s body.

The announcer hopped around above them while Mason waited for Reggie to tap out. He knew the moment the referee would concede Reggie had been defeated once again. The bell sounded, and Mason released his opponent. He jumped to his feet and lifted his arms in victory.

Damn. Katy was going to kill him if he didn’t get his ass cleaned up and to the church before the rehearsal started. But man, he hadn’t been able to pass up this fight. He loved this sport more than anything. Women and their plans for dresses and tuxedoes came second.

Jenna Mathews stared at the gaudy bouquet made out of bows as her best friend of eight years attempted to fluff it up and make it presentable. Somehow the group of ribbons had gotten smashed in the trunk on the way over.

There was no hope. Jenna laughed and reached to straighten out at least the top layer so it wouldn’t topple out of Katy’s hands as she stood at the altar. “Who came up with this idea, anyway?”

Katy turned toward her and smiled. “I think it was you.”

“No. I mean originally. Why would anyone think this was a cute way to walk through the rehearsal?” Jenna had been the one to make the arrangement. It was common practice for the maid of honor. Plus Jenna was the most likely candidate since she also owned the floral shop that was doing all the flowers for Katy’s big day tomorrow.

Ribbons and bows were Jenna’s specialty and aptly the name of her store.

With a smile still on her face, Jenna hugged Katy around the shoulders and then stepped back into her place as the minister declared they would begin.

They were running late. They had been waiting on the best man to arrive. He must have slipped into his spot while Jenna had been fixing the bouquet.

She lifted her face as the minister started speaking and glanced across at the line of men opposite her on the steps.

Her breath caught in her lungs.

She hadn’t met the best man. The other two groomsmen arrived earlier, and she’d been introduced, but not this man. Mason Simmons. She knew his name. Katy spoke of him occasionally. He and Katy’s fiancé, Rafe, had gone to college together. Aside from that, Jenna knew nothing about him.

Except he was ripped. Now she knew that too. The man stood at least six feet tall. Muscles bulged from his chest and arms, a fact she knew all too well since he wasn’t wearing a suit and tie like the other groomsmen.

Nope. Mason Simmons wore a maroon T-shirt tight enough to show off all his assets. It wasn’t a cheap T-shirt. It was a designer label of some sort that somehow made it appear to be almost acceptable for the event. The khaki pants helped also. He didn’t appear to be a slob at all. In fact, he looked delicious. His pants were ironed and creased to perfection, and his shirt had been pressed also, settling against his chest in smooth lines.

Jenna scanned him again from the bottom up, swallowing when she realized she hadn’t bothered to breathe since she’d laid eyes on him. When she reached his face, she nearly died. He stared straight at her, his eyes lifted, and there was a slight smirk on his lips. As if he’d spoken out loud, she could clearly hear him say, “You like?”

Empire Rising by Rick Campbell
Carry the One by Carol Anshaw
Spirit Horses by Evans, Alan
Letters at Christmas by Amber Lin
Persuasion Skills by Laurel Cremant
Rylie Cruz 3 - How to Date a Demon by Rose Pressey
Confidence Girl: The Letty Dobesh Chronicles by Crouch, Blake
Forgotten Lyrics: A Watersong Story by Amanda Hocking
Black & Ugly by T. Styles
Case of the Glacier Park Swallow by Anastasio, Dina
Our partner