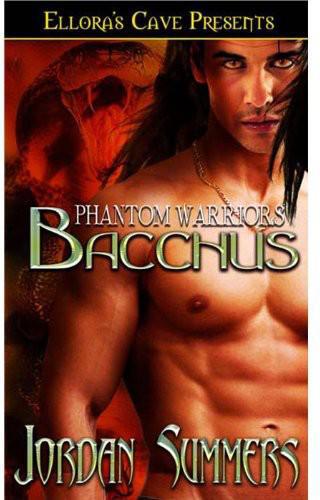 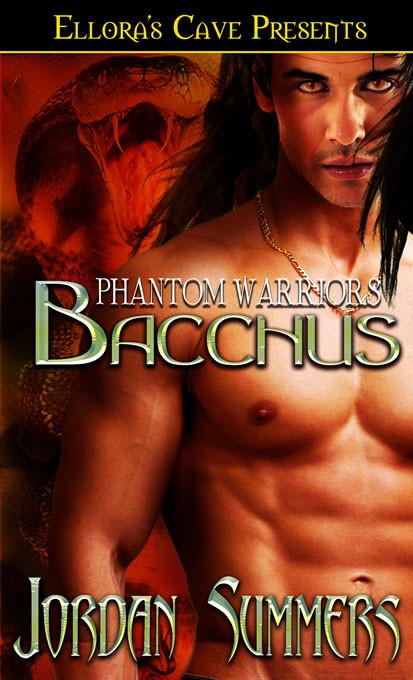 This book is a work of fiction and any resemblance to persons, living or dead, or places, events or locales is

purely coincidental. The characters are productions of the authors’ imagination and used fictitiously.

–rotic by a minimum of three independent reviewers.

E-
rotic
love scenes are explicit, leave nothing to the imagination, and are high in volume per the overall word

count. In addition, some E-rated titles might contain fantasy material that some readers find objectionable,

such as bondage, submission, same sex encounters, forced seductions, and so forth. E-rated titles are the most

graphic titles we carry; it is common, for instance, for an author to use words such as “fucking”, “cock”,

“pussy”, and such within their work of literature.

stories designated with the letter X tend to contain controversial subject matter not for the faint of heart.

The pleasurer straddled Bacchus’ cock, teasing his shaft with her moist opening. He

stared at her ripe breasts as she played with her nipples, popping first one, then another

into her mouth, sucking greedily. It was a feat few Phantom women could accomplish.

He couldn’t seem to catch his breath as his entire body tightened in anticipation. She

rimmed the head of his cock with her pussy, dampening it. Bacchus felt his fangs unfurl.

The urge to bite was strong, but it was too early. Acting before the woman reached

orgasm would frighten her and show little restraint on his part.

It was hard enough to book a pleasurer without adding fear into the mix; their

schedules remained full, with so many males to attend to and not enough pleasure

workers to go around. Some men waited months for their turn. Bacchus pushed aside

the sudden guilt that surfaced at the way he’d obtained this particular pleasurer. It

tonight. But Bacchus had no choice. Tomorrow he would stow away on a ship destined

“Relax,” the pleasurer said in a silky voice meant to ensnare as she finally lowered

her body onto his turgid shaft.

Bacchus groaned as her body swallowed him, sucking his cock deep, until it nestled

inside the comfort of her ribbed quim. She began to move, gyrating her hips so that the

fleshy protrusions caressed his length, stroking him like tiny fingers. Only a member of

the Claw Clan was blessed with such a sensual physical trait. That was why they made

the best pleasurers. Bacchus gripped the furs beneath him, lacerating the inside of his

mouth with a fang. Blood pooled, then poured down his throat.

The pleasurer bit her lip, tossing her head back as she rose up and down. Her nails

tore into his skin, leaving furrows of pleasure behind. Bacchus shot forward, latching

onto one of her four nipples and began to suck in time with her movements. She mewed,

arching her spine to get closer. Her breathing deepened as he nuzzled and laved, teasing

her breast with the tips of his fangs.

“Yes,” she hissed, grasping his head and burying his nose into her flesh. “Bite me,”

she demanded, increasing her speed.

Bacchus inhaled and closed his eyes. The scent of her blood beneath her skin wafted

like flowers on a breeze. He gripped her back, holding her in place so she couldn’t

change her mind and pull away. His tongue rasped her nipples twice more, then he

plunged his fangs into the plump flesh of her breast and began to feed.

The pleasurer screamed as her orgasm took her. All Bacchus could do was grunt,

while his hips bucked in time with the draw of his mouth. When he’d sated himself,

Bacchus withdrew his fangs, licking the stray drops of blood from her skin. She

shuddered and her body flushed anew. The venom from his bite would ease any

discomfort she might feel later. He reached for the pleasurer’s hips and began to raise

and drop her onto his still erect cock, while stroking the bundle of nerves hidden at the

base of her skull.

The woman whimpered as her need returned. “Please,” she murmured, her red eyes

filled with a mixture of pleasure and pain. “I don’t know if I can—”

“More,” he bellowed, cutting off her protest. It would be a long journey to Earth,

while he tried to hold his other form. He needed his senses filled and his body emptied

in order to concentrate. Failure was not an option.

The pleasurer’s mouth descended to his shoulder. She sank her teeth into his skin,

Bacchus roared in surprise, then came hard with a jerk of his hips. He stroked the

erogenous spot on her neck and the woman followed him over the edge. She collapsed

in a quivering heap on top of him, her lungs heaving.

“That was amazing,” she said, sounding genuinely astonished.

“Do we have time for one more?” Bacchus asked, already knowing the answer.

The woman sat up and looked into his eyes. “Sorry, Blood Warrior, but you know

the rules. I have to attend to the next warrior on my list.”

Bacchus kept his expression neutral to hide his disappointment. Just once, he’d like

to wake with a woman beside him. “I understand,” he said. “Let me get your credits.”

She slipped off his body, leaving his semihard cock to rest upon his chiseled

abdomen. Bacchus rose and walked to the credit unit in his quarters. He hit several

buttons and a green credit crystal popped out. He turned to the pleasurer and handed

the crystal to her.

“Would you like to book your next session, sir?” She pulled out a device that held

Bacchus shook his head. “That won’t be necessary.”

Something flashed in her red eyes. With any other woman he would’ve thought it

was disappointment, but not a pleasurer. They saw nothing beyond the green of the

He showed the woman to the door. She stepped into the corridor, a faint smile

ghosting her lips. Bacchus gave her a curt nod, then closed and sealed the entrance

behind her. He ran a hand through his hair, sending black sweat-soaked strands down

his back and over his chest. His cock twitched, rising without provocation. He took his

length in his hand and began to stroke.

Bacchus closed his eyes and imagined a woman’s hands encircling his thick girth,

tickling his balls. His breathing stuttered, as he drew closer to release. Unrelenting, he

pumped his cock until red seed sprayed onto the floor. Bacchus stared at the sticky

He growled in torment and pushed away from the door, walking to his bathing

chambers. With the pass of his hand, a giant tub filled with hot, steaming water. He

stepped down into the bath and sat on one of the many seats circling the round expanse.

Bacchus closed his eyes and allowed the water to envelop him.

His people were dying.

Like the Atlanteans, a race of people who settled on Earth thousands of years ago

before returning back to their home planet of Zaron, Phantom males outnumbered

females, but the disparity was far greater. Unless the Phantom people discovered a

children, they as a people would eventually die out. Since Atlantean women were scarce

and not a biological match, a Phantom warrior’s options were few.

Unbeknownst to outsiders, four distinct groups made up the Phantom people. Each

group or clan had very different abilities and selective breeding habits, but all held the

percentage of their population, followed closely by the Winged Clan, pterodactyl-like

shifters, the Claw Clan, which resembled saber-tooth tigers, and the Tooth Clan,

Planet Zaron. He had no choice but to stow away. Desperation permeated his people.

Earth remained their last great hope, due to its humanoid population. There the male

Phantom warriors would try to find mates. Bacchus had volunteered to be the first

warrior to attempt such an enormous undertaking.

The Phantom people had given him very little time, a few days at most. If he was

successful, word would spread and more warriors would come. If he failed, he feared

water and began to swim. He surfaced on the other side, relishing the feel of the warmth

sloshing over his body. Tomorrow, he’d leave for Earth.

the Atlantean people. The warrior flying the craft would probably notice a weight

discrepancy, but would otherwise remain blissfully unaware of his presence.

He’d studied as much as he could about the planet before departure. Although he

didn’t feel comfortable on this new world, Bacchus knew he’d get by long enough to

complete his mission. He turned his face toward the California sun, soaking in the heat.

The crisp ocean air tickled his nostrils and gently caressed his hair, leaving the taste of

salt upon his forked tongue. This planet was so much like Zaron, but different, more

exotic in flavor. Earthlings began to arrive on the beach, shattering the tranquility of the

Many ran in tight formation, wearing loose gray clothing that sagged on their

bodies. Bacchus watched in fascination. There seemed to be no ritual behind their

actions. They neither trained for combat nor executed stealth moves.

Strange, even for a primitive species.

Several people passed. He followed one of the women down the wave-swept beach,

taking care to blur his image in order to blend in with the environment. To the untrained

eye, he would appear as a glimmer of light, a flash of sun on the sand, invisible to all

until he deemed otherwise. The woman’s ass sashayed with each step she took. Bacchus

considered approaching, but decided against it when a male nearby called out her

name. She stopped and waited, kissing the man when he neared, then they continued