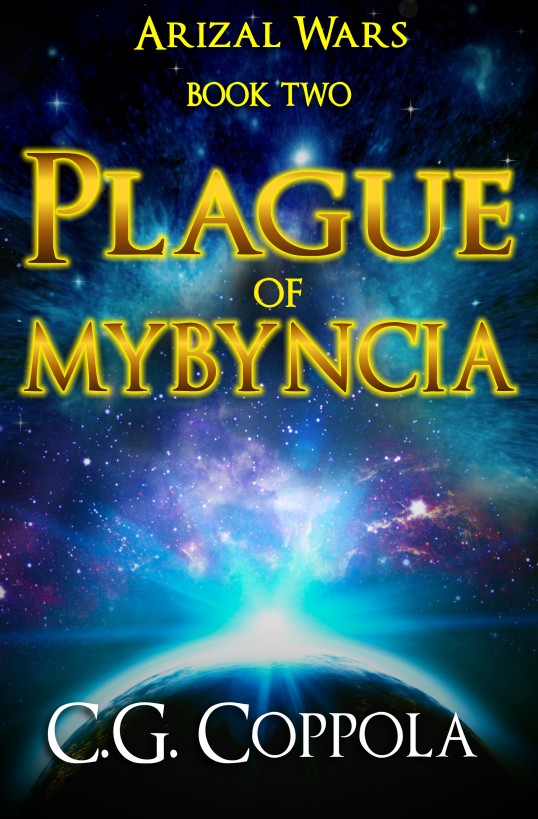 This ebook is licensed
for your personal enjoyment only. This ebook may not be re-sold or
given away to other people. It remains the copyrighted property of
the author and may not be reproduced, scanned, or distributed for
any commercial or non-commercial use without permission from the
author. If you would like to share this book with another person,
please purchase an additional copy for each recipient. If you’re
reading this book and did not purchase it, or it was not purchased
for your use only, then please return to Smashwords.com and
purchase your own copy. Thank you for respecting the hard work of
this author.

This book is a work of
fiction and any resemblance to persons, living or dead, or places,
events or locales is purely coincidental. The characters are
productions of the author’s imagination and used fictitiously.

“All my writing is God Given.” – Ray Bradbury

I am blessed to have such an amazing support team of
family and friends, all doubtless that I will succeed in this
dream, but I can’t take the credit. I put in the time and energy
because it’s what I love to do, and it’s a gift that I’m even able
to do it. I could’ve been born with anything else, but I was given
words. And they are only a percentage mine. Everything I do,
everything I have is because He gave it to me. And that should be
acknowledged.

For Batman. Thanks for being so supportive of this
dream.

We’ll be in the Castle-Mansion soon.

Jace is smirking next to me, an inch of
blonde hair whipping around his face but the rest of it—his neck
and everything below—is lost to the sparkling purple fogginess that
surrounds us. We’re traveling from Harrizel to Mybyncia, in the
cloudy lavender transit with Clarence, Pratt and Mae, the last of
the five percent who aren’t able to return home to Earth, to their
life before this. We finally left Harrizel only seconds ago, when a
smaller, unfamiliar Dofinike appeared and told Sampson that Blovid
had been located. Without much information, we were ushered into
two circles and grasping hands, we jetted up into the sky as the
billowing purple wind engulfed us.

Jace grins to my left.
I forgot how cool
this was.

How long will it take?
Pratt’s voice
asks to my right.

Only a few seconds more.
Clarence’s
eyes shift to her.
It doesn’t take long to travel from Harrizel
to Mybyncia, as we’re part of the same solar system. But from Earth
to Harrizel and back, it would take some time to cross galaxies.
This will be a shorter trip than what you’d remember.
Clarence’s smile turns down as he looks at Mae next to him.
How’re you holding up, Mae?

The ends of her jet-black bob whip around her
oval face. She’s staring down, her dark eyes lowered.

I don’t know how she’s able to deal with all
this. She arrived on Harrizel right before the Vermix invaded the
Castle, before a quarter of the humans were slaughtered by whips
and Chaisles and Traxpires, hunted through the jungle and chased
into the black fortress we’d known as home. At least the rest of us
had time to prepare. We knew what was coming—sort of. We had
anticipated the Vermix’s arrival; knew they were there to kill us,
to see our demise. But Mae arrived at the tail end, with very
little time to acclimate to the well rehearsed lie.

And then, to be attacked…

Sometimes I’m still surprised that we won.
That we fought our way free from the Vermix’s entrapment when it
seemed impossible. That we managed to send the others back when it
was believed they had no home to return to. The Vermix kept it from
us—all of our past lives and all of our memories of it. Designed
and orchestrated by Beshib and the Vermix Leader Reuzkimpart, we
were trapped under a lie that the world we had come from was gone,
destroyed by our own hands. But it never happened. Earth is still
there, still turning today, and we were being abducted. Collected.
So the Vermix could experiment on us to create an army of
zombie-like soldiers that they could pin against the Arizals,
Dofinikes like Sampson and Clarence.

But it didn’t work. Not towards the end. Once
discovering Sampson was a Dofinike, things changed. Once learning
of his macabre past on Ellae where he’d escaped to live free as an
Arizal, we had a chance. We had someone on
our
side. But it
wasn’t until I discovered what the Vermix were doing to the humans
that something actually shifted. Sampson and Clarence and Vix were
slaves for their crimes on Ellae but this… the death and mutation
of every person…
this
was what we needed. Atrocity. A cause
for the Arizals to finally stand against the Vermix in a splintered
culture on the verge of civil war. Ironically, our own demise had
become our ticket to freedom. And once the split cracked wide open,
there was no turning back. For any of us—the humans who needed to
fight to return home or the Arizals who’d been hiding quietly in
Dellapalania, afraid to voice their beliefs in The Way and The
Three Gifts. Because all Dofinikes are supposed to be Vermix and
any choosing to live as an Arizal—accepting an ideology of
universal peace—are treated as traitors.

So Sampson and the other Arizal Dofinikes had
to hide in the beginning, seeking refuge in the deep mask of the
Harrizel jungle until the Ellae Massacre, when the Dellapalanian
Leaders ordered the immediate genocide of all humans. Only a few
were spared, their memories erased while the Arizals were
imprisoned at the Castle alongside their former human friends or
worse… sent to collect more, and for reasons unknown.

But that’s all in the past now that the
battle is over, now that we’ve fought our way out, fought our way
free. It ended when Sampson killed Beshib in front of everyone and
the rest of the Vermix fled back to Dellapalania. And we’ve spent
the last week traveling through Harrizel’s lush environment,
waiting for our next move—when and where we need to meet up with
Blovid, the Arizal Leader that ordered the ceasefire during the
Ellae Massacre.

It came with a visit from a smaller Arizal
Dofinike, telling us we were needed on Mybyncia, Dellapalania’s
water neighbor. After a month and a half on Harrizel, I was finally
leaving. And for the others—like Reid who had been there for almost
four years, or even Sampson, who had been there for much longer—it
was time to finally go.

We’re on our way to a new place, a new
world
—one completely submerged in water. I have no idea what
it’s going to bring, but whatever it is, I’m sure we can handle it.
We’ve handled worse,
faced
worse. But Mae hasn’t. She’s new
to all this, to surviving terrible odds. No wonder she’s quiet,
keeping her voice like a whisper in my head. She won’t even look at
us, her eyes focused on the purple nothing below.

Clarence exhales with a frown.
We’re
nearly there.

Are
w
e landing near the others?
Pratt’s voice rings in my head, a few inches of her hair whipping
about.

On the North Shore, yes. But be prepared—the
Vermix might not have fled. We were given very little information
about the state of things so when we arrive, keep close.

We were given practically
no
information, other than that the Vermix attacked Pryncbia,
Mybyncia’s royal city. Blovid was hiding there after his escape
from Dellapalania once it became too dangerous for him to stay. But
word was leaked on his location and the Vermix invaded. The Arizal
Leader fled, but not after damage was inflicted on the water
planet. And we still don’t know where Blovid went—only that he’s
safe. For now.

Do you think the Vermix are still
attacking?
All eyes fly to me, then to Clarence for an
answer.

No. Once they realized Blovid fled, I’m sure
they abandoned the search. It will still be dangerous though, so
keep close to me.

I wish we could travel like this all the
time
, Jace grins,
this is sweet
.

Remember that young Rogue—we may have to.

Soft, almost malleable texture hits my feet
and I nearly stumble to my knees. It’s not like landing on
Harrizel’s hard dirt, but trying to balance on a moving cushion.
The others have difficulty standing too, but Mae immediately
collapses to her knees. She looks around, wide-eyed and confused at
the gobs and gobs of sand around us.

We’re on a beach.

In one direction, the yellowy-beige material
leads to towering walls of grey limestone sheathed in green and
brown fauna. It looks like ivy, but drapes between each jagged
formation, connecting an island of sky-scraper-sized rocks.
Monstrously huge, they soar into the clear sky while mammoth-sized
bushes and walled shrubbery nestle between them, creating a thick,
nearly impenetrable barricade.

But I can’t stop staring at the vast sapphire
abyss enveloping the shore around us. I’m only a yard from the
ocean, which sits quietly and, rather strangely, completely
undisturbed. There are no waves or ripples or wind washing the
water towards us. It’s as if there was nothing underneath the
blue-glass surface, nothing but silence and stillness.

“Everyone alright? Mae?” Clarence moves for
her.

“I’m fine,” she stumbles back to her feet,
eyes on her dirty white tennis shoes.

“Where’re the others?” Pratt asks.

“Hmm…” Clarence scratches his chin, “must
have landed a ways down. Hold on,” he concentrates on a sight in
the distance but makes no movement. After a moment, he nods.
“They’re over this way. Come on.”

We follow Clarence down the beach, shifting
inwards toward the grey limestone walls. Everything seems quiet—but
what do I know? Ever since Sampson killed Beshib—hell, even back
when he coordinated our initial takeover of the Castle—we’ve all
been leaning on him to guide us, to set a course. Clarence has been
his second in command and Reid, a close third, but we’re really
just following blindly. None of us have any idea what to expect.
We’re taking it one day at a time, hoping there will be a tomorrow,
just like we did on Harrizel.

“Mae? Fallon?” Clarence tosses over his
shoulder, “You keep close back there. We still don’t know what’s
around us.”

“Shouldn’t we have our rifles ready?” I
ask.

We walk for another minute when a soft
scratching rustles the nearby fauna. Pratt and Jace merely glance
over but Mae doesn’t even hear it. She’s right on Clarence’s heels,
her head low and focused on the sand as she crosses it. Another
rustle and I slow.

“Clarence?” I draw my gun to my front.

“Just a little farther… they should be around
this boulder.”

“Clarence…” I’m watching the walled shrubbery
but it’s silent. Still, again. Maybe I’m imagining it. I catch up
with the others but keep my gun ready. Another shuffle sounds and I
hold the rifle up, aiming as I stare into the green camouflage.