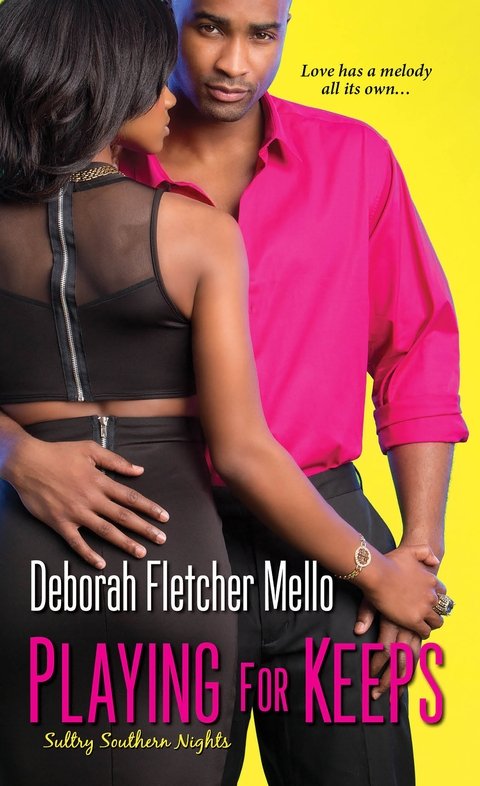 “I said now!” Claudette Cobb shouted, her deep alto voice vibrating through the home. “And I mean it!” the matriarch concluded.
Malcolm Cobb laughed as he moved from his downstairs office into the home's foyer. He leaned to kiss his mother's cheek.
“Where have you been?” she exclaimed, pressing a hand to her chest. “You scared me!”
“Sorry about that but I snuck in through the back door. I went for a run and then grabbed a cup of coffee from Starbucks. I thought I'd get some paper work done before I lie down for a nap.”
“I don't know why you waste good money when we have that coffeepot sitting right there in that kitchen.”
“I like Starbucks. It helps to clear my head after a long night.”
“Humph!” his mother grunted, her expression strained.
“But good morning to you!” Malcolm exclaimed, changing the subject.
“It was a good morning until them girls decided to work my one good nerve,” she said, her smile brightening her face.
Malcolm chucked warmly. “Math test today. Neither one wants to go to school.”
Claudette shook her head. “I don't know why. They both always do well. They whine that they're going to fail and then they always pass with flying colors.”
Her son shrugged his broad shoulders. “I don't know what to tell you.” He leaned against the banister and called upward. “Cleo! Claudia! If you're late for school, you will both be grounded for the weekend and I mean what I say. Get a move on it.”
Seconds later his thirteen-year-old twin daughters both shuffled across the hardwood floors and down the stairs. Malcolm eyed one and then the other. Identical, the two girls were making it their mission to express their individuality in their attire. Claudia, the eldest, was going for a
Little House on the Prairie
look with a ruffled maxi skirt, a blouse buttoned up to her neck, and low-heeled boots. Cleo, the younger of the twins by minutes, was hoping for more of a video vixen look.
He shook his head and pointed skyward.
“Change, Cleo. Now!” he snapped, his brusque tone voicing his displeasure.
“What's wrong with what I'm wearing?” the girl snapped back, defiance billowing across her face.
“You don't have on any clothes,” her grandmother quipped.
Malcolm moved quickly in the child's direction, her eyes widening as her father took the first four steps in one swift leap. He stood eye to eye with her, everything about his expression declaring there would be no discussion.
“I'm changing!” the girl muttered as she turned abruptly and raced back to her room.
Her sister stood laughing. Malcolm shifted his gaze, eyeing her with a narrowed stare. “Your lunch is on the counter. Grab a Pop-Tart or a banana for breakfast and get your tail to the bus stop.”
“Yes, sir,” Claudia responded, moving quickly toward the kitchen.
Minutes later Cleo returned, her skirt more modest and her blouse appropriate. She eased her way cautiously past her father, not bothering to comment as he repeated the same instructions to her. As the two girls headed out the front door he kissed both their cheeks and slipped a five-dollar bill into each child's pocket.
“Bye, Daddy,” Claudia said as she kissed him back.
“Love you, Daddy,” Cleo whispered.
He nodded. “I love you, too, baby girl. And you and I will talk when you get home this afternoon.”
“We're going to Mommy's this afternoon,” the girl responded, reminding him of their weekday visitation with his ex-wife.
“Then we'll talk when you get back,” he said.
“Do we have to go with Mommy?” Cleo questioned. She met the look her father was giving her.
Interrupting, their grandmother pushed her way between them. “You're going to be late and if you miss the bus I'm going to have to take you to school. Let's go and I'll pick you up when school gets out so we can meet your mother on time. You know how she gets if you're late.”
Malcolm watched as the girls hurried to the corner, their grandmother standing at the end of the driveway to see them get on the bus. Both had thrown him one last look and he wished he could have told them no, that they didn't have to visit with their mother if they didn't want to. But that wasn't an option for either of them, his divorce ruling dictating their mother's visitation rights. One weekend per month, one month each summer, and every other Monday the girls had to spend time with their other parent whether any of them liked it or not. And none of them liked it.

Grand Pleasure Station: Exposed! by Kendall Swan
Hound Dog Blues by Brown, Virginia
The Debutante's Ruse by Linda Skye
Cursed Vengeance by Brandy L. Rivers, Rebecca Brooke
The Slayer by Theresa Meyers
Seat Of The Soul by Gary Zukav
Juarez Square and Other Stories by Young, D.L.
Heavy Planet by Hal Clement
The Skin of Our Teeth by Thornton Wilder
Curvaceous by Marilyn Lee
Our partner