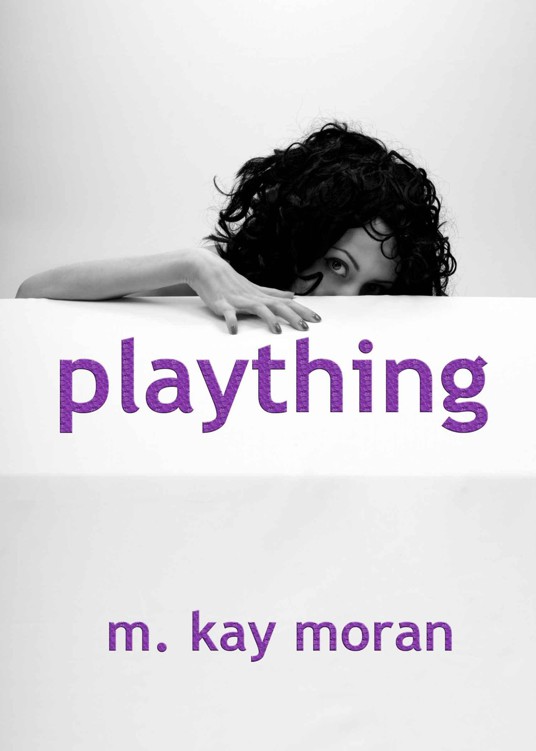 Soon
to be released

Mommy
Tied to the Swingset

I caught
most of it with a napkin until Ryan could arrive with a towel from behind the
counter. It never fails. Just when you've managed to spill the better part of
a double cappuccino all over your client files, that cell phone is bound to
ring.

"Sorry
about that," I said, pulling the impatient phone out of my purse as he
took charge of the sticky mess.

"No
problem," he said with that smile of his; the one that makes him look like
a black-and-white movie actor whose name always escapes me. "Are you
gonna get it?" he asked.

He nodded
toward the phone still playing a hip-hop ringtone in my hand. I'd been meaning
to change it to something more professional ever since receiving my real estate
license 18 months earlier. But then one listing turned into twelve listings,
turned into six closings, 80-something showings, 19 open houses and so on.
Figuring out how to download a ringtone would have to wait. Most days, it was
all I could do to answer the damn thing. Which I finally did.

"This
is Lauren," I said as if I weren't currently starring in a coffeehouse
shit-show.

"Did I
catch you at a good time?" His voice was new, but knowing. I generally
tried to call clients by name, even before they tipped me off, but this one had
me stumped. Too young to be Mr. Jankovich, too throaty to be Jimmy Wallis. I
didn't dare risk getting it wrong.

"I'm
sorry, who am I speaking with?" I asked as Ryan finished fixing my mess
and exited with a wink. I took my seat again and sipped what was left of the
cappuccino.

Silence.
Didn't he know you're supposed to fill in the blank?

"I'm
here," he said. "There will be time enough for names later. After
we've gotten acquainted."

Buyer?
Seller? Ax murderer? The real estate course hadn't covered this one. I
considered hanging up, but in a business where you're always one call away from
a five-digit commission, I wanted to be sure.

"Why
aren't you married?" he asked with startling nerve. "You look like
the marrying type."

Ryan showed
up with a replacement cappuccino and I reached for my purse only to have him
wave me off. "Thanks," I mouthed.

"Look,
I'm sorry but I'm walking into a meeting at the moment, perhaps you could give
me your number and I could call you back at a better time?"

"That
you're walking into a meeting."

Commission
or not, I'd had enough of this guy. "Look I really have to go," I
said, taking a sip of cappuccino number two.

There was a
long pause. I looked at the face of the phone to see if it was still
connected. "Hello?"

"You're
sitting in a bistro on the corner of 14th and Maple," he informed me.
"With a brand-new skinny cappuccino, lovingly prepared by a young Errol
Flynn."

I looked out
of the large picture window at the front of the shop, not knowing what for
exactly. After all, even an ax murderer wouldn't be stupid enough to actually
wield his steely weapon in broad daylight.

There was an
old man sitting on a bench facing away from the storefront, petting a golden
retriever. Two teen girls were leaning on a newspaper box, whistling at a boy
on the far side of the street. Eight or ten parked cars lined 14th Avenue, all
appearing to be empty.

I turned my
attention inside the shop, scanning the room for crazed psychos.

Of the
twelve or fourteen other customers, only two were using cell phones. One was a
female college student in front of a laptop computer.

The other
was a man in his early forties, impeccably dressed in Armani with the
accessories to back it up. He appeared to be reading a magazine from his right
hand, even as he held a phone to his ear with the left.

"Say
something," I asked. There was no response as I watched the man set his
magazine down, turn the page, and raise it back toward his face.
"Please," I offered, convinced his lips would not move, regardless of
the response.

"When
was the last time you were with a man?" I both heard and watched him ask.
His eyes looked up and found mine from twenty feet away, melting me all over my
chair. I looked away, searching frantically for anything else in the room.

I fixed my
gaze on the exit and took another sip of my drink, afraid to make any sudden
moves as he continued.

“Since when
is stalking okay?” I found the breath to ask.

"I'm
new in town. I saw you for the first time just twenty minutes ago as I stood
in line waiting for you to quit flirting with the coffee boy."

"How
did you get my number?" I asked.

"From
the business card you dropped as you were paying for your drink."

He was
right, by the way. Errol Flynn was exactly the movie star whose name I'd been
trying to pin on Ryan. My father's favorite movie was
The Adventures of
Robin Hood.
I should have recalled that
easily.

"I want
you to answer my question," he said.

"When
was the last time you were with a man?" he reminded me.

My mind was
racing even as my body sat motionless, afraid in fact to move. Who asks
something like that of a total stranger? Why was he doing this? And why did
he have to be so damned attractive? He was attractive wasn't he? I can't make
myself look. Those eyes were too deep, too green. I can't risk another
glance.

"Has it
been more than a month?" he persisted.

"Yes,"
I found myself offering for no apparent reason.

"Then
it's been two years," he suggested.

"Would
you look at me please?"

"Okay,
fine. Then just listen and breathe while I tell you what
I'm
looking at," he said, "Fair enough?"

"I'm
looking at a smart, successful young woman in her late twenties who is in
danger of squandering the best years of her life. Judging by the small diamond
ring on her right hand, she married at an early age but it didn't work out.
She's tried to date a few times since then, but they were all too impatient,
too eager. And who could blame them? After all, they knew exactly what was
hiding inside that perfectly dry-cleaned jacket and skirt. They'd seen those
ripe, round breasts pressing against her designer blouse. They'd studied the contours
of her adorable, bubble-ass. Watched everything from drink straws to bananas
slide between her hungry lips, wishing their own stiff cocks could be so lucky.
But they can't, and they won't. Because she's too busy selling California
split-levels and two-story brick Tudors to make time for something so trivial
as entertaining men."

He paused
and I heard him take a sip of his own coffee.

"Am I
right?" he finally asked.

"Not
entirely," I said, "I'm allergic to bananas."

I heard him
chuckle just a little, making me feel every-so-slightly more comfortable.

"And
besides," I continued, "I'm not a
complete
prude."

"Prove
it," he said with renewed seriousness.

"And
how would I do that?" I asked, ignoring an incoming call from my office.

"Show
me the color of your panties," he suggested.

"What?
Here?" I asked, feeling my pussy become instantly moist.

I needed to
hang up. No, I needed to hang up, stand up, walk over to his table and douse
his $3,000 suit with hot coffee. Instead, I found myself standing up,
repositioning my chair about 45 degrees to the right and sitting back down, all
without looking away from that exit.

"You
should really try to look at me while you do this," he said.

Sorry!
Sorry for what? Now I'm apologizing to a man who brazenly plucks my business
card off the floor, calls my phone and demands to see my panties? I'm supposed
to be a professional now. The days of fumbling around in the back seat with
awkward boys ended ten years ago. And, even then I never fully yielded
control. Never simply agreed to do as I was told. Why now? Why him?

"I'll
be looking at your trembling knees," he replied. "Waiting for them
to part."

"You're
going to have to say it," I pleaded.

"I
promise to look only at the delicious space between your knees as you part them
and show me your panties," he confirmed.

"Okay.
Here goes," I announced, as I slowly turned my head away from the exit and
found him with my eyes.

He was more
gorgeous than I had been able to appreciate in that first, electrified glance.
His eyes were set low on my knees as agreed upon, but I could still feel their
energy, even on my skin. His features were decidedly Mediterranean. A long,
proud nose pointed down to a strong, solid chin. His salt-and-pepper hair was
combed back to reveal a high, olive-skinned forehead with three very faint
worry lines that looked as if they had not been exercised in years. His left
leg was crossed over the right, his free hand draped over the dominant knee.
Arms and legs were lean and angular. He wore his beautiful clothes
beautifully.

He remained
stalk still, a Greek statue gazing back at its admirer.

I tore my
eyes off of him long enough to case the room. People typing on computers,
reading newspapers and tablet devices. A woman and her young daughter assembling
a puzzle at the back table. Three men in polo shirts--car dealers?--talking
shop. Ryan breaking down the espresso machine for cleaning.

Then him.
Sleek, beautiful him, still fixed on my frightened, pink knees.

"Okay,"
I half croaked. I cleared my throat. "Here goes."

I reached
down and pulled the hem of the skirt up just two short inches, resting it on
the tops of my legs. He took a sip of his coffee without so much as blinking.
I felt my knees slowly separate, shaking like a newborn fawn. His energy,
those damned eyes, instantly filled the space between my milky smooth thighs,
warming them then sending a wave of moisture from my intoxicated pussy lips.

He looked up
from my dripping wet panties and we locked eyes. This time I was unable to
tear myself away. They were emerald green and deep-set with large black
pupils. These eyes had seen things, that much was clear. Things far more
salacious than a pair of red satin panties. And yet there was softness in them
as well. A gratitude that he may have preferred to conceal, given his
otherwise commanding nature.

"Have
you ever shaved your pussy?" he asked.

I felt the
moisture nearly spraying from my pinkness.

Suddenly and
without warning he stood, produced a large roll of cash, peeled several bills
onto the tabletop, and walked for the exit. My heart screamed in protest as he
opened the door and stepped out onto the sidewalk. Halfway across the street,
he finally raised the phone back to his ear.

"Same
time tomorrow," he said. "Leave the panties at home."

The half
bottle of cheap Merlot on top of my refrigerator had partially turned to
vinegar, but I wasn't feeling picky. I poured a second glass and
quadruple-checked the call history on my phone:

No missed
calls. No new texts.

I understood
his decision to remain anonymous during that first, daring call. But now
found myself at his complete mercy. A deliciously agonizing thought.