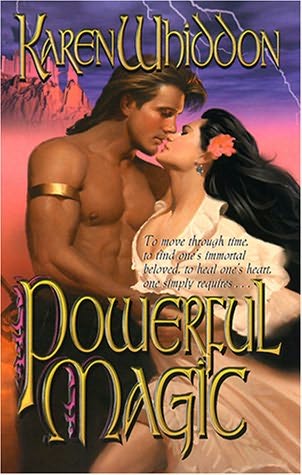 She watched as Roger hurried across the freshly cut field, wearing a harried expression of distaste.

In one manicured hand he clutched his wireless phone - wouldn't do to miss any important calls.

He hadn't wanted to meet her here, begrudging the time from his busy schedule.

But she, in an uncharacteristic bit of bravery, had insisted. She had to do this, had to put an end to it while she had the nerve, before it finished her.

Above, the old oak tree spread its leafy branches, sheltering her from the summer sun.

Though she knew it couldn't protect her when Roger heard what she had to say.

Even the weather seemed to mock her, the cloudless sky at odds with the turmoil inside her.

Once she had thought she loved Roger, when she was foolish and naive, and blind to the dark sort of cruelty that could exist, hidden away deep inside men like him.

She wasn't sure she even believed in it any more.

And Roger, well she thought he might not know the meaning of the word
love
.

To him she was a possession, nothing more, a young and rich heiress.

He meant to mold her to his every whim, to his will.

Once she married him she knew she would gradually waste away, a shell of her former, vibrant self.

It had already begun to happen.

The sharp edges of the enormous diamond ring he'd given her cut into her palm.

She'd taken the ring off and intended to give it back to him.

It terrified her, this action that she meant to take.

She was afraid, afraid of the anger that she knew could rise so swiftly within him, afraid that he would hurt her as he had before.

She took a big risk, this she knew, a risk that he would refuse to listen, to take her words seriously.

Or an even greater risk that, once he knew that she meant it, he would kill her this time.

He smiled as she got closer, the chilling kind of smile that made her freeze inside.

She forced herself to continue walking, to show no expression.

Most of all to show no fear.


She'd rehearsed what she had to say over and over; she knew the words well, though getting them past a throat gone parched would be difficult.

Her heart pounded and, though there was a cool breeze on this gorgeous June morning, she began to perspire.

It occurred to her that she could have done this much more safely by telephone or by mail. But she would not run; the one thing she had left, though it was in tatters, was her pride.

She would face him down somehow, and walk away with her courage and dignity intact.

She could hear her heart thudding inside her chest.

Forcing her breathing to slow, she lifted her chin and raised a hand to greet him, wondering if he could see how she shook.

He'd like that, she knew, so she redoubled her efforts to appear calm and composed.

Just then a loud crack sounded.

At first she'd thought he'd hit her; that he'd somehow read her mind and retaliated even before she could speak.

But no, it wasn't him, not this time.

From the cloudless, perfect sky a bolt of electricity snaked down, striking like a relentless cobra.

She knew a moment of terror, in that instant wondering if this was fate's merciless retribution, before everything went utterly, totally, black.

And it was freezing, Megan realized,

shivering in her denim overalls and short sleeve t-shirt as she slowly took stock of her surroundings.

She had to be in one or the other - after being struck by lightening, she doubted she had survived.

Yet she still clutched her engagement ring in one hand. With a shaky sigh,she slipped it on her finger for safekeeping.

Moving slowly, she blinked and swallowed.

Cautiously, she climbed to her feet, biting her lip to keep from moaning in pain.

She had to grab hold of the tree to stop herself from falling, though the rough bark scraped her hands. She realized she hurt.

Every bone, every muscle, even her skin felt like she'd been cooked too long in a high powered tanning bed, then pummeled by some sadistic masseuse.

Though this could be a good thing - if she hurt, then maybe she wasn't dead.

Why then, hadn't Roger taken her to the hospital?

Had she even got a chance to break the engagement?

No, Roger hadn't even reached her yet when the lightening had zapped her.

God, she was cold.

Or, she amended hastily, make that
dear
God.

Right she couldn't afford to take any chances of offending Him.

Still holding on to the tree; a tree, she noticed, that looked suspiciously like the very same tree she'd been meeting Roger under, minus the lush leaves, Megan took stock of her surroundings.

It was a barren winter land, she decided, her breath leaving her mouth in frosty puffs.

The kind of place best faced in a down-filled anorak and thermal jeans. Desolate.

Dead grass covered the rolling hills, and the entire thicket of trees in the distance looked stripped of leaves.

But it was June, the end of Spring, beginning of summer.

Unless she had somehow been transported to someplace on the other side of the equator, it shouldn't be this cold.

Not unless it was the dead of winter, or an alternate hell.

As if to prove her thoughts right, fat white snowflakes began to drift lazily down from the slate sky.

The thought occurred to Megan that perhaps she was dreaming. Maybe in reality she lay in some sterile hospital bed, hooked up to various machines, fed full of morphine or some other strong painkiller.

She'd heard people on drugs had some pretty strange and fantastic dreams.

Shivering in earnest, she discarded that idea too.

If this were a dream, she would wish herself toasty warm.

Or, at the very least, she'd give herself some kind of coat.

So then, where was she?

Snow began to fall in a heavy white curtain, soon obscuring the horizon from view.

Letting go of the tree, Megan took one faltering step, then another, ignoring the pain that racked her body as she moved.

She would have to decide later where she was - right now she needed to find shelter before she froze to death.

Kenric gave the war horse its head, knowing the animal merely exulted in the crispness of the December air. As he did.

God's teeth it was good to be out of the Keep, away from those who wanted only to use him.

Though he rode dangerously close to his lands - yea, he still thought of them as his, though another ruled there now - he felt far more richer in his freedom than could be accomplished by any gold.

To remind himself that he'd nearly reached his goal, he'd brought along the bag filled with coin that he'd accepted a mere two hours ago.

Jingling merrily, he knew he ought to hide it, but for now he counted himself safe.

None would suspect a ragged warrior such as he of any kind of wealth, he thought ruefully.

Though he did have his sword, more valuable than any gold.

The great blade had been forged, some said, in magic and blood some two hundred years ago.

It had been handed down from generation to generation, until his own father had placed it in Kenric's bastard hand as he lay dying.

A Child's Christmas in Wales by Dylan Thomas
Gargoylz Get Up to Mischief by Jan Burchett
Drawing the Line by Judith Cutler
Harvard Square by André Aciman
Vengeance: A Novel (Quirke) by Black, Benjamin
All I Want for Christmas...is you by Gayle Eden
Beyond Repair (Broken Girl Book 1) by Hughes, Annie
Stacey And The Cheerleaders by Ann M. Martin
Devotion by Howard Norman
The Praxis by Walter Jon Williams
Our partner