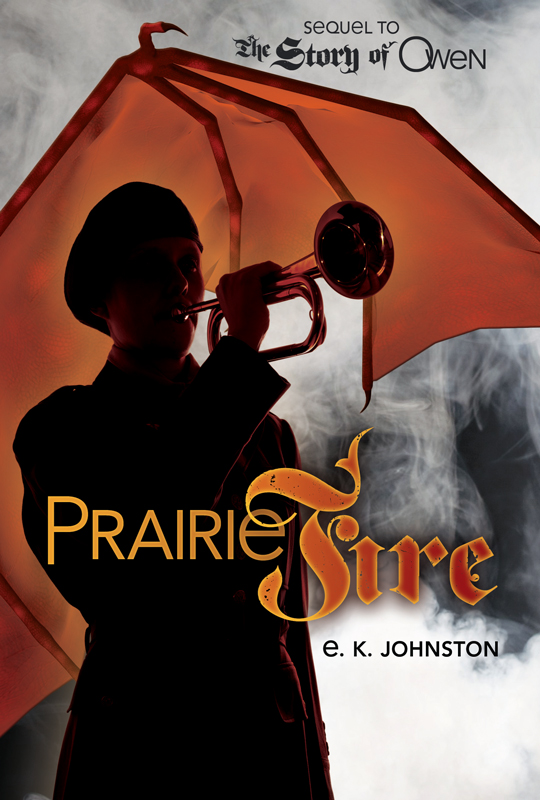 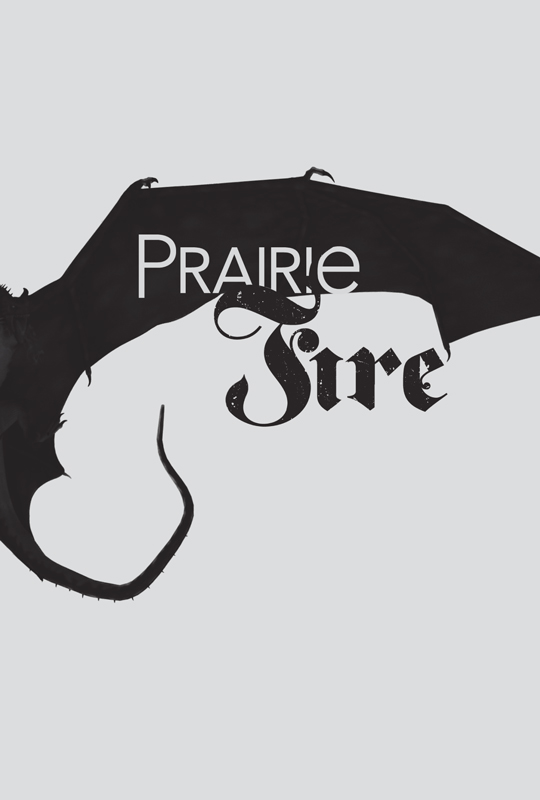 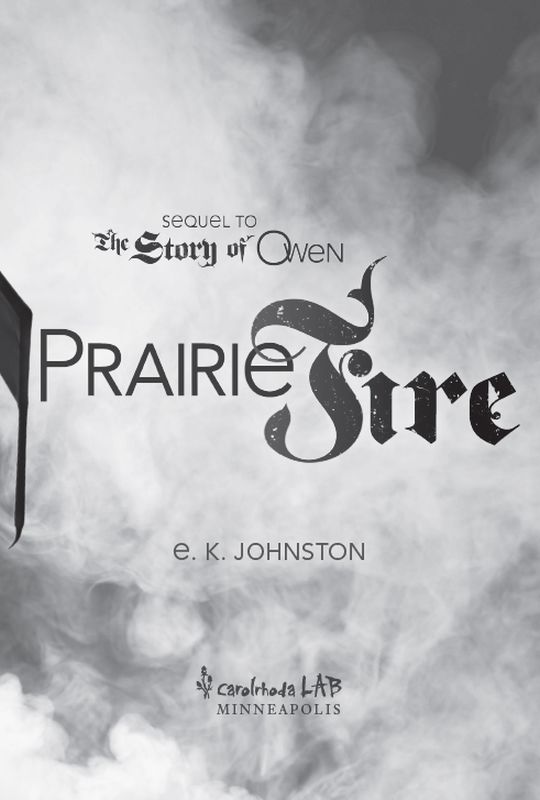 An imprint of Carolrhoda Books

For reading levels and more invormation, look up this title at
www.lernerbooks.com

Sequel to: The story of Owen. 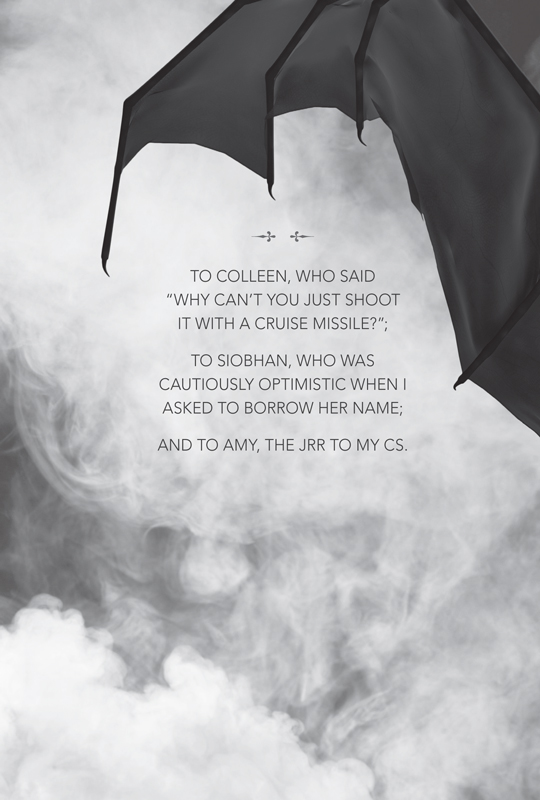 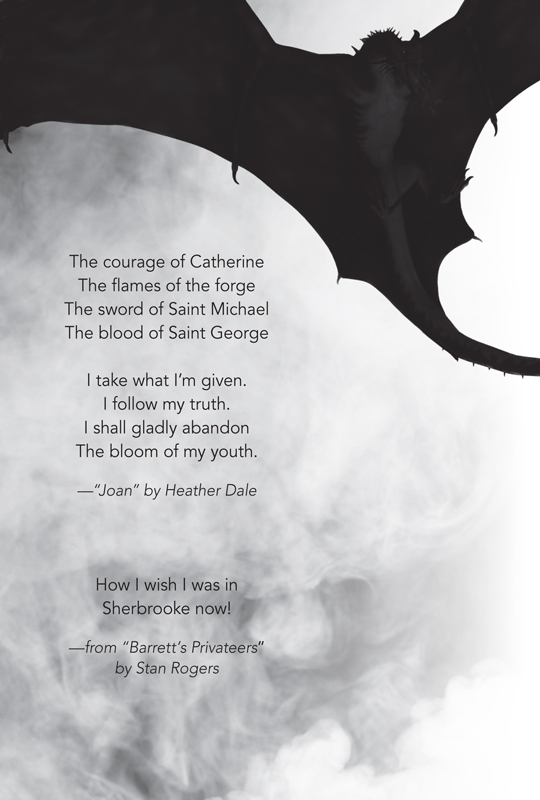 THE STORY OF TRONDHEIM

After the Thorskards moved to Trondheim, we always had a permanent dragon slayer. It wasn't necessarily the same dragon slayer, mind, but when the great beasts threatened from the sky or the lake or their squats in the fields, help was close by. Sometimes it would be Aodhan, the gentle giant in the ancient Volkswagen, his sword and shield strapped to the roof and lights flashing to herald his coming. Sometimes it would be Lottie, the fallen one who had worked so hard to slay dragons again, and Hannah, who would walk through fire.

But most of the time, it was Owen. And where Owen Thorskard went, I was not too far behind.

It hadn't always been like that. Once, Trondheim had been left to burn. We had no factories and little in the way of industry. We could not afford a dragon slayer and always waited for the mercy of those who worked for the government. After her fall and injury, Lottie had changed that. She had come to Trondheim to train her nephew, while her brother patrolled and her wife crafted swords. We didn't pay them, except with welcome and food. But it was enough, and even the threat of a new, much closer hatching ground couldn't worry Trondheim the way it might have.

Before, we were just another small town, another second violin in the greater orchestra of Ontario. Now, we looked nowhere else for a conductor, and we wrote our own score.

My name is Siobhan McQuaid of Trondheim, and I am the first true bard in a generation. Owen is my charge, and it is my work to shape his fractured notes into a logical melody. Strains of the others creep in too, of course. There's always a symphony in Trondheim now. Lottie's trumpet and Aodhan's cello and Hannah's oboe: They all work in concert. And every day, it seems, more instruments emerge from dusty cases and join.

We had one year to assemble our company before we would have to leave it. The Oil Watch had always loomed on Owen's horizon. I had chosen to put it on my own as well, and we would leave our town when we joined the Watch's ranks. Sadie Fletcher, who dreamed of fire and was born to dance with a sword in her hands, would come with us, but the others would stay and make the town safeâor go away to university in the fall.

So we worked. We rebuilt the houses burned out from when the dragons came. We trained even harder than before, knowing that Sadie, Owen, and I faced the strict physical requirements the Oil Watch maintained. And we kept one eye on the skies and one hand on our sword hilts. Just in case.

Owen slayed ten dragons that last year of high school. It wasn't a remarkably high number. He had slayed or helped to slay as many in the month before Manitoulin, and there had never been an accurate count of the dragon deaths the day we burned the island. But it was a very respectable number nonetheless.

Sadie managed three, with aid, and Lottie assured her that she would not lag behind when she reported for duty. Owen had been preparing and practicing for more than a decade, and Sadie a mere ten months. Her trumpet would soon more than match his horn.

For my part, I kept the record. I wrote the song for Sadie's first dragon and kept the details of the others. There was no need to immortalize them all in music. Owen was popular, and Sadie's notoriety was growing. I slayed no more, having already one more dragon to my name than I had ever thought I could, at the cost of my hands.

The Burned Bard, the media called me, though it was more my broken finger bones than burn-scarred skin that affected me. I'd gone to Manitoulin and left my music on its blazing shores. It wasn't the truth, of course. The music was inside my head, same as always. It was just harder for me to get it out.

Gone were the days of easy scratching on staff paper, and gone were the days of tinkering with notes on ivory keys. Even my beloved saxophone, the shape of my spirit and my indulgence throughout high school when I should have been focusing on composition, was lost to me. Instead, I struggled with software and often called on Emily Carmichael to make the little changes when I was too frustrated by my lack of finesse. I moved away from the part I'd played throughout my childhood to focus on my new responsibilities, but even the new noises couldn't fill that gaping hole.

I never doubted that it was worth the price, though. I had saved my town, my whole region. I had burned it, so they did not have to. And my neighbors, near and far, did not forget it. All through the summer and into fall and winter, the local farmers fed my family as they fed the Thorskardsâthe freshest and the best. My physical therapy, which would have been covered anyway, was never even billed. My high school gave me a trombone, the only orchestral instrument left that I could easily play.

Thus the vision of Lottie Thorskard was, in part, fulfilled. Trondheim, the town too small for a dragon slayer, now boasted four of them, even though two were still listed as “in training” on the official roll. And there was Hannah too, to hold Lottie's shields like the Vikings of old.

The day that Owen, Sadie, and I left for the Oil Watch, there was no parade. We left without fanfare, but with the well-wishes of the entire town. Owen and Sadie would do Trondheim proud, whether I chronicled it or not. They would be missed, but they would be welcomed home when their tours were doneâon that much the three of us agreed. And while they were away, their service in the Oil Watch would honor their home. I was much, much less sure of myself.

You see, I had known since before the moment I signed my name on the enlistment papers that most orchestras have no place for a saxophone.

Bed & Breakfast Bedlam (A Logan Dickerson Cozy Mystery Book 1) by Abby L Vandiver
The Pillars of Rome by Jack Ludlow
Dreams in the Tower Part 3 by Vrana, Andrew
Grey: Fifty Shades of Grey as Told by Christian by E L James
Simple Need by Lissa Matthews
Marcus Agrippa: Right-hand Man of Caesar Augustus by Lindsay Powell
Things I Know About Love by Kate le Vann
Lust and Bound by W. Lynn Chantale
Black Light by Elizabeth Hand
The Seven Levels of Intimacy: The Art of Loving and the Joy of Being Loved by Matthew Kelly
Our partner