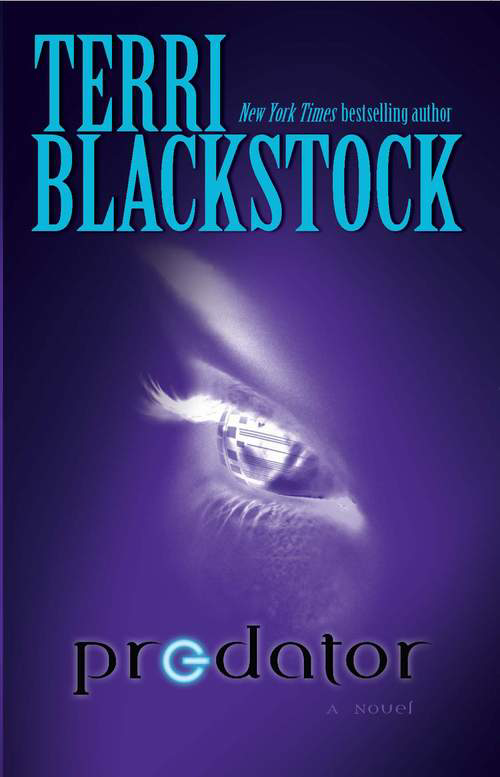 This title is also available in a Zondervan audio edition. Visit
www.zondervan.fm
.

Any Internet addresses (websites, blogs, etc.) and telephone numbers printed in this book are offered as a resource. They are not intended in any way to be or imply an endorsement by Zondervan, nor does Zondervan vouch for the content of these sites and numbers for the life of this book.

T
hey would find her sister today. Krista had felt it in her gut all morning as she’d assembled the volunteer search teams to comb the acres of wooded land behind the high school. Their search was for her little sister’s body—not a living, breathing Ella—but she’d clung to the hope that Ella hunkered somewhere unharmed. Elizabeth Smart, Shawn Hornbeck, and Jaycee Dugard had all been found alive. Even after two weeks, Ella could be too.

Security video near the place where she was last seen showed Ella riding her bike up to the curb across the street from a convenience store. As she waited to cross the street, a black van had driven up beside her, blocking her image for a moment. Then, when the van moved, Ella was gone, and her bike lay toppled over in the street.

In the days that followed, hundreds of volunteers had
searched the area around the store, gone door-to-door in the neighborhoods nearby, and trampled every field or wooded area within a five-mile radius.

And they were still looking, hoping beyond hope…

But when the police car arrived and pulled up to the registration table, Krista’s throat tightened. News vans had followed the squad car, and as the officer got out, reporters flurried around him.

Krista froze in the field, staring at the activity, unable to move. Her phone rang, startling her. Her hand was clammy as she pulled the phone out of her pocket and flipped it open. “Hello?”

“Hon, there’s a policeman here,” her friend Carla said. “He wants to talk to you.”

“I see him,” Krista said. “I’m coming.” She stood there a moment as she flipped the phone shut, carefully slid it into her pocket. Then she stepped through the tall weeds, no longer examining every blade of grass for any sign that her sister had been here. She kept her eyes on the officer as she slowly made her way toward him.

The volunteers who hadn’t yet been deployed to look for Ella stood motionless, silent as she approached. Cold wind whipped her hair into her face, and she hugged herself to stop her shivering. “You found her, didn’t you?” she said through chapped lips.

The officer hesitated. “Krista, I’m Lieutenant Baron. Is there somewhere we can speak privately?”

“In my car,” she said and pointed out her Kia on the curb. She glanced at the reporters, wondering what they knew. Pulling her keys out of her pocket, she headed for her car. Lieutenant Baron followed.

As they got in, Krista swallowed the knot in her throat. Ella wasn’t dead. She couldn’t be. It was all a big mistake. Maybe they’d found her alive. Maybe she was okay.

Lieutenant Baron closed the passenger door and looked down at his hands.

Krista stared at him, numb. “Is it Ella?”

“We’re not sure. She didn’t have identification on her…We need you to come and identify her.”

Now the numbness gave way, and a slow, burning rage climbed in her chest. “Where?”

“In a wooded area on Chastain Boulevard, behind the old Martin Lumber building.”

“That wouldn’t be her,” Krista said quickly. “She would never go to that area.” As she said it, she knew it wasn’t rational. Ella was abducted. She had no control.

“She was clearly taken there,” he said.

Taken there.
The rage faded into nausea. She pictured her little sister fighting some killer for her life. Ella, who trusted everyone. The shock of betrayal would have been the precursor to murder.

“It may not be your sister at all, but we have to make sure. We tried to reach your father, but he didn’t answer his phone and he isn’t home.”

“He’s at the other search site, over by Lake Lora.”

He made a note. “We’ll get somebody over there.”

Krista’s voice came out hoarse. “Where is she?”

“She’s still where they found her. The crime scene investigators are still working the scene. We could have waited until she was at the morgue, but Detective Pensky knew you had all these volunteers out searching. He didn’t want you broadsided by reporters who got to you first.”

She looked down at her hands. They were dirty, damp with sweat, even though it was forty degrees.

She nodded then, trying to make her brain work in systematic
steps. Step one, breathe. Step two, go to the site. Step three, look at the body. Step four, tell them it’s not Ella.

But she couldn’t seem to move.

“Ma’am, would you like for me to drive you to the site?”

She tried to think. Could she even drive? Her mind veered off, touching on places where she could reach her father. Why wasn’t he answering his phone? He’d kept it with him day and night since Ella’s disappearance. Then again, phone reception was spotty at the lake.

Her face burned, though her body shivered. She wiped the perspiration from above her lips. “Yes, I’m fine.” She started her car.

“I’m not going to talk to the reporters,” he said, “but should I tell the volunteers to stop searching?”

Krista looked out her windshield. Most of the volunteers had returned to their starting point and were huddled in a crowd, staring in her direction. The teens from the Eagle’s Wings girls’ center, where Krista worked, had come in a van to help. She had so wanted these inner-city girls to see their fragile prayers answered for Ella. They stood in a huddle with Carla, the ministry’s director, expressions of dread on their faces.

“It might not be Ella,” she said aloud. “Tell them to keep searching.”

Lieutenant Baron got out of the car, and she sat staring as he said something to the crowd, then walked away from the curious reporters and got into his car. He pulled out, and she followed him.

That flame of hope still flickered inside her. Maybe Ella was hiding somewhere, scared to death, afraid to answer the calls for her. Maybe if they just searched a little bit harder…

The police officer turned on his blue flashing light, and she followed him through Houston traffic. She glanced in her rearview mirror and saw reporters’ vans following behind her. Like vultures hunting down corpses, they were going to record this nightmare no matter who claimed the body.

Krista thought of trying to call her father, but it might be better if she waited until she saw the girl. There was no point in crushing his hopes if it wasn’t Ella. He was already distraught enough. Besides, they’d have a policeman at his search site in no time.

In minutes they were at the site—a patch of woods on a lonely, rural road—where a dozen police cars and a couple of television news vans sat haphazardly in front of a roped-off area. She double-parked next to a police car and got out, pushing through the crowd at the crime-scene tape. A reporter was taping a stand-up before a camera.

“Police say the body was found by two ten-year-old kids who were walking through the woods. The girl was partially buried, but part of her head was exposed. We’re waiting to hear if this is the body of fourteen-year-old Ella Carmichael, who went missing two weeks ago.”

Buried? Dizziness swept over her, sweat beaded on her face. Krista looked past the reporter, into the woods where all the activity seemed to be. Through the trees, about fifty yards away, she saw people moving around. Though she strained, she couldn’t see the girl.

The reporter noticed her and led her cameraman over. “Krista, can I have a word with you?” she asked, sticking a mike in Krista’s face.

“No.” Krista ducked under the tape.

“Is it your sister?” the reporter called behind her. “Have they asked you to identify the body?”

Krista ignored the questions and shot toward the activity, but a cop stopped her. “Ma’am, you can’t go back there.”

She was about to shake him off and push through, when Lieutenant Baron came to her side. “It’s okay. They asked for her.”

He took her arm and walked her toward the investigators. When she reached them, she realized the body was another twenty-five yards beyond them. “You can’t go any closer,” the Lieutenant said in a soft voice. “There could be footprints or trace evidence. We can’t risk disturbing the site. Only the CSIs are allowed near the body right now, but they’ll give you the chance to see her soon.”

Nausea rose, but she stood paralyzed, staring toward the mound of dirt where the girl lay. She couldn’t see a thing. Not what she was wearing or the color of her hair…

The girl was still in the hole where she’d been buried. Images flashed through Krista’s mind of Ella being buried alive…

Icy wind whistled through the trees, and Krista thought of Ella out in the elements, crushed by dirt, and freezing rain pouring down on her. Who could do such a thing?

Not Ella. Not Ella.

She heard thunder. The sky had grown appropriately dark, as if it mourned the passing of this young life. It was going to rain. They would have to move the girl soon, or whatever evidence was still on her body would be washed away.

Krista waited, willing back the numbness, certain she wouldn’t recognize the girl. As the first raindrops fell, a man in a medical examiner’s jacket took in a gurney, and Krista watched as they pulled the body from its shallow tomb. She saw the pink-striped shirt that Ella was wearing that last day. Blonde hair matted with blood and earth.

Her knees went weak, turned to rubber. She dropped and hit the ground. At once, a crowd of police surrounded her, asking if she was okay. She blinked and sat up, let them pull her back to her feet.

She heard footsteps pounding the dirt.

“Aw, no! No! It can’t be her!” Her father’s voice, raspy and heart-wrenching, wailed out over the crowd. She wanted to go to him, comfort him, but it was as though her hands were bound to her sides and her legs wouldn’t move.

The search was over. Her sister was dead.