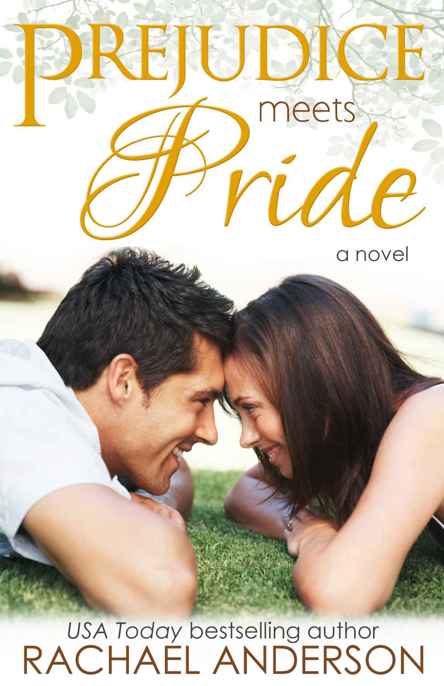 No part of this book may be reproduced in any form whatsoever, whether by graphic, visual, electronic, film, microfilm, tape recording, or any other means, without prior written permission of the publisher, except in the case of brief passages embodied in critical reviews and articles.

This is a work of fiction. The characters, names, incidents, places, and dialogue are products of the author’s imagination, and are not to be construed as real. The opinions and views expressed herein belong solely to the author and do not necessarily represent the opinions or views of HEA Publishing, LLC. Permission for the use of sources, graphics, and photos is also solely the responsibility of the author.

For their wonderful moms, Sarah and Lucy,

who have taught me what it means to be

who never fails to make me smile.

who I couldn’t have written this story without.

(from the
All I Want
Anthology)

(From the
The Timeless Romance Anthology: Summer Wedding Collection
)

If Emma had a dollar for every time her life took an unexpected, not-so-great turn, she’d have enough money for a beachfront mansion in Maui. But life didn’t work like that, and in the world of beachfront mansions, she’d more likely be a scullery maid in someone else’s. Actually, she’d be the maid’s maid, since most people in the service industry probably had more money in their bank account than she did at the moment.

But, as her mother always said, “If life gives you lemons, heap on the sugar and make sweet lemonade.” If only those heaps of sugar weren’t so hard to come by, especially now, when Emma’s life had taken the most difficult turn yet.

She yanked hard on her gearshift, and the thirty-year-old Datsun lurched from third gear to second, jerking her to a slower speed. As she drove slowly down the quiet, suburban road, she peered through the early evening light, searching for house number 311.

When she spotted the numbers on a mailbox, Emma pulled next to the curb and killed her engine, then waited for the puttering to stop. She would have parked in the driveway if Sunshine didn’t leak oil. But at least it still ran, at least it had gotten her and the girls from Ohio to Colorado, and at least the mustard yellow paint sort of masked the rust.

Through the dimming light, Emma looked at the house.
Her
house. Situated in a nice little neighborhood on the outskirts of Colorado Springs, it stood out like a weed in a flowerbed compared to the other well-kept homes on the street. Dandelions thrived in what appeared to be dead grass, paint peeled on both the garage and the front door, and cobwebs covered the corners of the windows. It looked pitifully tired and rundown, as though ready to be put out of its misery by the real estate version of euthanasia.

But Emma didn’t believe in euthanasia. She believed in fixing things up and wearing them out. Making them do or doing without. She believed in second chances, which was exactly what she’d give this home—just as soon as she found a job and replenished her bank account.

Easy peasy
, she tried to tell herself as she glanced over her shoulder at the two sleeping girls in the back seat. Her beautiful nieces were now her responsibility—at least for the next year. How she planned to do it remained a mystery, but Emma would find a way. She always did.

She reached her arm over the seat and nudged one of the girls. “Kajsa, time to wake up. We’re here.” Two large blue eyes peeked up from under the brim of a brown cowgirl hat that had gone askew, only to disappear behind thick, light-brown lashes. Emma gave her another nudge. “Kajsa, don’t you want to see our new house and your new room?”

The little girl’s small mouth opened into a yawn, revealing a large gap where her two baby teeth had once been. At nearly six-and-a-half-years-old, the permanent teeth had begun to take over. “We’re finally here?” Her eyes lost their sleepiness, and a large smile replaced the yawn.

After a long two-day drive from her brother’s former residence in Ohio, Emma could understand the feeling. They were finally to the place they could start calling home. At least for now.

“C’mon, get your stuff,” said Emma. “I’ll carry Adi inside.” Although Adelynn was only fourteen months younger than Kajsa, she was more prone to temper tantrums, especially when tired, so Emma didn’t dare wake her. Not yet anyway.

Emma stepped from the car and stretched her arms behind her back, loosening the muscles in her aching shoulders and back. The late afternoon August heat closed around her like a too-hot electric blanket. She hoped the house had air conditioning, or at least a swamp cooler. The back door squeaked as she pulled it open to help Kajsa gather her stuff. Then she carefully lifted Adelynn, who seemed to have gained ten pounds since yesterday.

Kicking the car door closed behind them, Emma made her way to the front porch, realizing too late that she probably should have unlocked the door before getting Adelynn. Awkwardly, she fished through her purse with one hand, her fingers finally closing around her keys. She shoved the key in the lock and gave it a hard turn, praying that it would work and that a couch would be waiting on the other side of the door to relieve her of her load. The lock stuck for a moment, then turned.

“Kajsa, could you open the door for me, please?” Emma said.

Kajsa nodded and turned the knob, pushing the door open. It squeaked a complaint, as if throwing a temper tantrum of its own about being awoken. Inside, a couch seemed to open its arms, and Emma stumbled past Kajsa, gratefully setting Adelynn down. A poof of dust filled the air around the little girl as her eyes popped open—eyes that didn’t look the least bit sleepy.

A smile pursed Adelynn’s adorable little lips as she nodded and giggled.

“Turkey,” Emma said, poking her in the ribs. Another giggle sounded, and Emma couldn’t help but smile in return. When either of the girls laughed, she melted. The sound was too cute.

“Is this our new house?” Adelynn said, turning those big puppy dog eyes on the room around them. Both girls had their daddy’s thick, dirty blond hair, and both wore it long. Other than their differing eye colors and height, they could easily pass for twins. But that’s where the similarity between them ended. Kajsa was one hundred percent adventurous tomboy, while Adelynn was a hundred and ten percent princess. Yet somehow, they were best friends.

Emma held out her hand for the little girl to take. “C’mon, let’s go look around and see our new house.” It didn’t take any more coaxing for Adelynn to jump off the couch and shout, “Yay!”

Hand-in-hand, the three set off on a self-guided tour through the empty home of Emma’s great aunt Maude—now deceased. Through an arched opening off the front room, they found a small kitchen and a quaint little dining nook. A thick layer of dust covered everything, making Emma anxious to wipe it all clean and uncover the surfaces hidden beneath. As soon as she could, she’d knock down the wall closing off the kitchen from the front room and open it all up. A large island would fit perfectly in its place, and Emma could already see herself rolling out dough or chopping vegetables while the girls colored or worked on their homework.

Down the hall, they discovered three bedrooms, one bathroom, a small laundry room, and a lot more dust. Since the girls would need a clean place to sleep, Emma quickly stripped the beds and shoved the sheets into an ancient looking washer. She chipped away some of the old crusted soap she found in the cupboard, threw it in, and prayed that the utility company had followed through on their promise to have the water turned on today. Thankfully, it streamed into the machine and began to agitate.

Emma smiled, feeling like she’d just added a spoonful of sugar to her now not-quite-so-sour lemonade.

“I want this room!” Kajsa called, running into a room across the hall and jumping onto a queen-sized bed. A charming bay window looked out over the front yard.

“No, I want this room!” Adelynn argued, trying to pull her sister off the bed.

“I called it first.”

Adelynn turned large, sad eyes to Emma, and her lips quivered. “But I want this room.”

Biting back a smile, Emma crouched down beside the girls, putting an arm around each of them and pulling them close. “This is a really big room. What would you guys think of sharing it? We could paint the walls yellow and—”

“And I want pink!” added Adelynn.

Oy. What now? Emma thought quickly. “What if we paint them green
and
pink? You both like Tinkerbell, right? We could turn this into a fairy room.” Kajsa frowned, looking ready to argue, so Emma rushed on, “I can paint a large tree over in that corner, and we can hang a swing from the ceiling with vines wrapped around the ropes. There will be pink and blue and green and yellow fairies everywhere, and we can put glow-in-the-dark stars on the ceiling, so that when you turn off your lights, it will look like you’re outside, lying on the grass. What do you think of that?” Emma held her breath for their response.