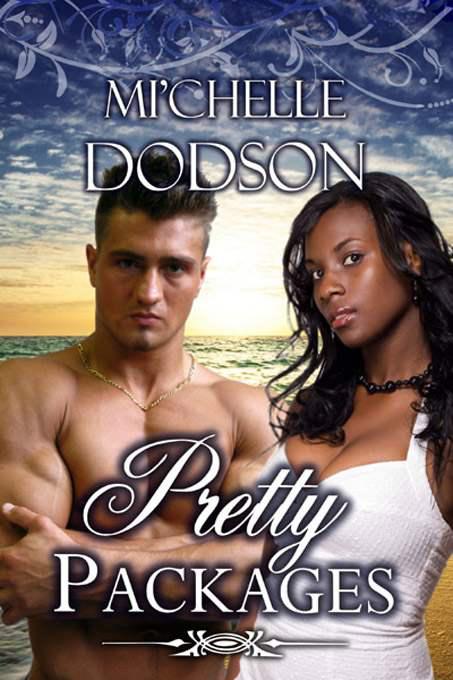 No part of this e-book may be reproduced or shared by any electronic or mechanical means, including but not limited to printing, file sharing, and e-mail, without prior written permission from Amira Press.

To God from whom all blessings flow.

Oooh . . . he sho’ is ugly,
Giada Dawson mused, misquoting a line from
The Color Purple
upon seeing her very unattractive neighbor mowing his lawn across the street on that sunny spring day.

Despite her condescending thoughts, she nodded in polite greeting to Kentucky Jones—the object of her scorn. No need to let him know how she really felt about him. As neighbors, she might need him for something one day.

Kentucky
nodded politely in return, paused to wipe the sweat from his brow, and continued with his task.

Brother has a nerve to make the ugly worse by being sweaty and dirty,
Giada thought, unlocking the trunk of her sky-blue BMW with the press of a button.
He’s lucky I even spoke to him at all
.

She turned her head to hide her wince of distaste at the man whose face only his mother could love. Giada didn’t make a habit of associating with unattractive men. Unless they had money or were willing to run errands for her, she found them a complete waste of her gorgeous time.

Kentucky
didn’t look like he had any money, or rather, not much, not the kind of money Giada was looking for in a man. If he did, he wouldn’t be living in this lower middle-class neighborhood. This same neighborhood was one step up from the hood, three steps down from where Giada wanted to be—in the elite upper class.

The only thing he has going for him is that body.
She turned to assess her neighbor’s physique.

At six-four,
Kentucky
was solidly built with rippling muscles from head to toe. He looked like he stayed in one of
Miami
’s many gyms. There was no fat anywhere on his large frame. Every muscle group was well defined.

If he wasn’t so ugly, he might have qualified to be one of my little boy toys,
Giada thought, referring to the men who she used just for sexual pleasure when she was in between relationships like she was now.

She never lied to her boy toys, and they didn’t have to have much money to be with her. All they needed was a fine body, bedroom skills, and the considerable stamina needed to keep up with her overactive libido.

Though
Kentucky
had the body, and very likely the stamina based on how long and how hard he usually worked to make his lawn the best on the block, his face cancelled him out in Giada’s book. It cancelled him way out.

He looks like he could be Arnold Schwarzenegger’s uglier little brother,
she thought, closing the door to her trunk now that she’d gotten all of her groceries out of the car.

Though
Kentucky
did look like the actor-turned-California-governor in Giada’s mind, there were some key differences. First of all, he was at least thirty years younger and two inches taller than
Arnold
. Secondly,
Kentucky
’s teeth had no gaps, and he had a slightly larger nose.

I bet he can smell chicken frying from a mile away with that schnauzer.
Giada’s own nose wrinkled with a frown.

Suddenly feeling gypped, Giada started to wonder if the Realtor had deliberately showed her the house on a day when
Kentucky
was at work.
I just know he’s scaring all the little kids on the block.
She almost wanted to pack up her things and move at the prospect of seeing
Kentucky
’s ugly mug every day.

Giada just bought this house and couldn’t afford to move right away, especially not on the money she made from her paralegal job or from the rental income she received from leasing her deceased grandmother’s old house.

Matter of fact, neither Giada’s current job nor her rental income had put her in this new house. Six months’ worth of dating a wealthy NBA player had given her the capital she needed to buy this house and finally move out of the hood where she’d been staying in the run-down home she inherited.

Joaquin was a newly signed player with the Orlando Majestics when Giada met him through the entertainment lawyer she worked for. It had taken half a year, but she’d charmed him out of thousands of dollars in jewelry, shopping trips, and even a new car.

When Giada caught Joaquin with another woman, she didn’t freak out. Instead, she parted with him on amicable terms. Giada understood that infidelity usually walked hand in hand with that kind of career. Plus, she had bigger fish to fry if she was going to get everything on her ever-growing wish list.

After that relationship ended, Giada pawned all the jewelry Joaquin had given her. Then she used those funds to renovate her grandmother’s house and also put a substantial down payment on this house. Though Joaquin wanted them to continue dating because of how well she’d taken his infidelity, Giada refused. She never shared herself or her man when in an exclusive relationship.

Standing at five-three, she had long, wavy black hair and a slender frame that was packed with curves. She didn’t need a man to tell her she was beautiful and fine. Her mirror confirmed that fact every time she looked into it. Most men said she reminded them of a young Salli Richardson, just with a plumper bottom, deeper skin tone, and bigger breasts.

I paid good money for these girls,
Giada thought, looking down at her perky Ds. They were a high school graduation gift from a male teacher who she’d secretly had an affair with during her twelfth-grade year.

Wonder what ever happened to him
. Giada toted her groceries inside. She’d broken things off with that teacher right before going off to college. She dropped him like a hot potato, in fact. She hadn’t looked back since.

“Hey, Mercedes,” Giada cooed, forgetting about all men as she greeted her beloved pet Chihuahua, a pet that she named after the dream car that she had yet to cross off her wish list.

When Giada turned her back to
Kentucky
, he scowled. He knew a gold digger when he saw one.

As a man with several psychology and psychiatry courses behind him,
Kentucky
also knew the signs of a person trying to fulfill emotional needs with material things. Giada fit the bill on both occasions.

As a professional bodyguard to the rich and famous, it was his job to keep women like Giada away from his clients. He did his best to keep them far, far away.

They will sell or rent a house to anybody in this neighborhood now.
Kentucky
remembered when only two-parent families resided in this community. Now they had single women on Section 8 dotting the neighborhood.
Kentucky
saw nothing wrong with that in and of itself. He was all for giving others a helping hand.

It was just that some of those Section 8 mothers had more kids than they could handle, which led to more unsupervised children roaming the neighborhood. Many of those women also had sleepover boyfriends who cared nothing about helping them maintain the properties they rented.

Mama really ought to let me move her out of here
,
Kentucky
thought, ready to bring up that topic again.

But he already knew how that conversation would go. Hannah Jones would go on and on about how she treasured the home she moved into soon after marrying his beloved father. This was the same home she continued to raise
Kentucky
in when his father died nearly twelve years later.

Then Hannah would talk about how most of her friends were still living in this neighborhood. She would share how she wanted to remain in her home, a home that contained precious memories in every room, for as long as she could.

After those potent reminders,
Kentucky
would drop the subject of moving yet again. Then he would head back to the upper east side of town where he lived now. At least he did when he wasn’t traveling with one of his many clients or spending the night at his stepmother’s after being fed another one of her bountiful meals. Lately he’d been spending a lot of nights at his childhood home due to a surge of break-ins in the area.

Kentucky
could afford to live on the upper east side for two reasons. One, he got paid very well to guard the lives of his clients and their loved ones. Two, as the owner of an MBA in business and finance, he’d made a fortune in wise investments. In fact,
Kentucky
had done so well with his investments that he was now closer to making a longtime dream come to pass—the establishment of a coed boarding school for fatherless children grades seventh through twelfth.

With a little extra funding, that dream would become a reality within a year.

But no need to ever let his stepmother’s new neighbor know all that. Although
Kentucky
couldn’t help but find Giada attractive just like any other heterosexual man would, he didn’t want or need a woman going after him strictly for his money.

If only his body didn’t tighten with desire every time he saw her.

After putting up her groceries, Giada went to her living room window and looked out. She could still hear the lawn mower running from across the street.

He’s not done with that yard yet?
She peeked through the blinds just in time to see
Kentucky
turn the mower off.

“Finally!” Giada said under her breath.

Suddenly she gasped. A moan followed as
Kentucky
proceeded to pull off his white T-shirt and use it to wipe the sweat from his face, neck, and chest. A pool of desire gathered in Giada’s nether regions and throbbed with need at all the muscles she saw on the man’s tanned chest.

Kentucky
truly was rippled with muscles. Every muscle group could be seen. He had an eight-pack for a stomach, and his waist came to a sensual
V
before exploding into powerful hips and thighs.

Giada moaned again as
Kentucky
ran the T-shirt over his short dark brown locks to remove some of the moisture collected there. Her fingers tingled, literally tingled, to touch him and roam over all the muscles she saw there.

Suddenly Giada snatched back from the window.

Had
Kentucky
turned and caught her staring at him in lust?

No, Giada caught herself. She wasn’t about to stand there and keep lusting after a man she didn’t want to want.
Kentucky
wasn’t worth the time of day to pursue in any way, shape, form, or fashion.

So why did Giada suddenly feel the need to take a cold shower?