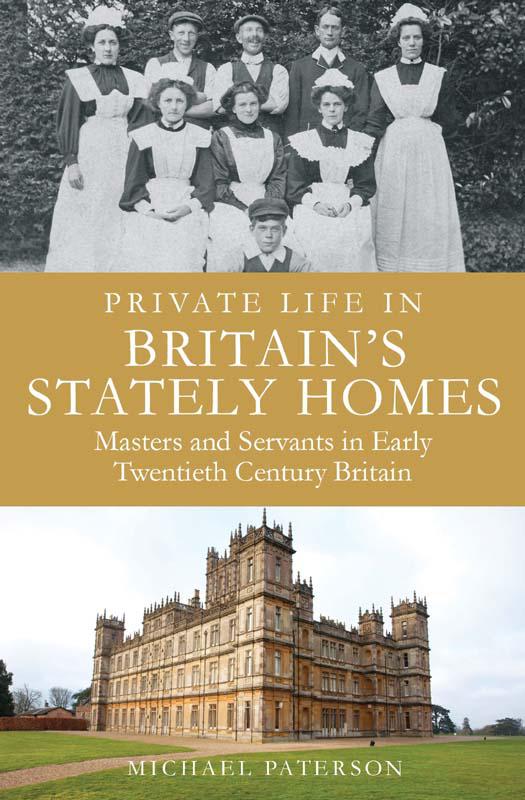 Michael Paterson
is the author of
A Brief History of Life in Victorian Britain
, also published by Constable & Robinson.

Highlights from the series

A Brief History of Roman Britain

A Brief History of the Private Life of Elizabeth II

A Brief History of France

A Brief History of Slavery

A Brief History of Sherlock Holmes

A Brief Guide to Angels and Demons

A Brief History of How the Industrial Revolution Changed the World

A Brief History of King Arthur

A Brief History of the Universe

A Brief Guide to Secret Religions

His Finest Hour: A Brief Life of Winston Churchill

A Brief History of Witchcraft

an imprint of Constable & Robinson Ltd, 2012

The right of Michael Paterson to be identified as the author of this work has been asserted by him in accordance with the Copyright, Designs & Patents Act 1988.

All rights reserved. This book is sold subject to the condition that it shall not be reproduced in whole or in part, in any form or by any means, electronic or mechanical, including photocopying, recording, or by any information storage and retrieval system now known or hereafter invented, without written permission from the publisher and without a similar condition, including this condition, being imposed on the subsequent purchaser.

All photographs are the author’s own.

A copy of the British Library Cataloguing in Publication

Data is available from the British Library

First published in the United States in 2012 by Running Press Book Publishers,

All rights reserved under the Pan-American and International Copyright

Books published by Running Press are available at special discounts for bulk purchases in the United States by corporations, institutions, and other organizations. For more information, please contact the Special Markets Department at the Perseus Books Group, 2300 Chestnut Street, Suite 200, Philadelphia, PA 19103, or call (800) 810-4145, ext. 5000, or e-mail special.markets
perseusbooks.com
.

Digit on the right indicates the number of this printing

Visit us on the web!

This book is dedicated to Anne Roberts, my companion on many visits to country houses. A dear friend and ally, she also happens to be my mother-in-law.

As always, I thank my wife Sarah – not least for managing to re-start a defunct computer – and Dennis and Yvonne Cox, a charming couple, who provided some valuable information. I am also indebted to two dear friends, Grethe Hauge and Nora Relingh, for invaluable insights. Sharan Bhambra was immensely helpful in the final stages and I am very grateful. Both Duncan Proudfoot and Nicky Lovick at Constable & Robinson were a dream to work with.

Above all, I wish to thank my editor, Lynn Curtis, whose delightful sense of humour made her emails a pleasure to read. Her sympathy and patience went well beyond what I deserved.

It was a joy to share this project with all of them.

2   The People and Their Houses

We know the scene. It is August, and in the grounds of a country house a garden party is going on. It is a warm afternoon, but the cool shadows of the cedars are lengthening over the lawns. Violin music is coming from a marquee. Ladies with parasols and elaborate hats are strolling in the middle distance. The gentlemen wear frock coats despite the weather. Uniformed servants hover discreetly, offering refreshments. For backdrop there is the great house itself, home for centuries to a titled family. The Earl is talking to his guests. He is a man of decency and goodwill and strict fairness, benevolent ruler of his realm. His relatives are also decent and well-meaning and his servants, give or take the occasional crisis, are happy. Everyone knows their place, and appears content within it. The household runs like clockwork.

But amid the sunlight and music and the well-bred, inconsequential chatter, we see a figure approaching with measured tread. It is Carson the butler, and he carries a salver on which there is a telegram addressed to his master. It contains the news that the world has ended – or at least this version of it. The Earl opens the envelope, scans the contents with an expression of concern, and calls at once for silence. He tells the gathering that war has broken out in Europe. His guests look suitably disturbed. Some are even surprised.

This is the event that ends the first series of the television drama
Downton Abbey
. The announcement comes as no surprise to the television audience, which, forewarned by its knowledge of history, has been anticipating this moment for weeks. Indeed viewers are already in the habit of guessing which of the young men they have come to know from both above and below stairs are likely to survive the coming conflict, and when the female characters will be liberated from their various traditional roles by having to undertake war work. Those watching know that, from the moment the telegram is unsealed, the world will never be the same again. The parasols and the big hats will be put away for ever. Innocence has ended in the blink of an eye. We have crossed the fault line between the old world and the new, between the fairy-tale glamour of Edwardian high society and the horror of the trenches. Like the sinking of the
Titanic
with which the series began, the outbreak of war in August 1914 is a metaphor for Edwardian hubris, enabling scriptwriters to convey a sense of apocalypse – of thoughtless, extravagant hedonism, of the assumption of aristocratic superiority and an entire complex, fussy, snobbish and taken-for-granted social order, all coming to a sudden, crashing end. Some of those watching from their armchairs regret this, others think it about time.

Drama and history are not the same thing, however. The former, understandably, wishes to make events exciting: to play on the friction between different personalities, and the reaction of characters to circumstances that are unexpected and overwhelming. The reality of August 1914 was certainly dramatic, but it was very different. For one thing, it was not, properly speaking, the Edwardian era, which had ended with the death of Edward VII four years earlier. Much of the excess associated with his reign was by now a memory for the new king, George V, and his queen were seen as dull and worthy. Society was less frivolous and pleasure-seeking. Even women’s dresses were more austere, angular, inelegant, than they had been a few years before.

It was not the case, as is so often implied in fiction, that the landowning aristocracy sat behind the walls of their estates with the smug sense that things would go on in the way they always had. These people were in crisis. Land – traditionally the source of their wealth and local prestige – had depreciated in value. They were increasingly unable to fill their servants’ halls with people who ‘knew their place’ and, because they now had to pay National Insurance for each domestic employed, could no longer afford so many of them in any case. The landowning class was heavily taxed, and as a group had faced in recent years the hostility of a radical government. (There had recently been a proposal by the Liberals, only just deflected, to create up to 500 new peers, swamping the House of Lords and outnumbering the traditional aristocracy.) National politics was a poisonous two-way stand-off between the old and the new, Liberal and Conservative, that caused serious family rifts within the aristocracy itself. The suffragettes, whose campaign of vandalism and disruption was continuing unabated, had added a further element of instability and anarchy, with even ladies of good family landing in prison, deliberately or otherwise. In that summer of 1914 it was regarded as a certainty that civil war would break out in Ireland, within a matter of weeks or even days, over the issure of home rule. Both Protestants and Catholics there were forming military units, importing quantities of weapons, openly drilling and practising marksmanship. When this conflict broke out, it would cause further political division, and might even lead to the break-up of the United Kingdom.

In Europe, matters were even worse. Several times in recent years war between the major powers had almost broken out over some crisis or other. Now it had actually happened. In the space of a few weeks, between the end of June – when the heir to the throne of the Austrian Empire had been assassinated in Serbia – and the beginning of August, several nations had called up their reserves, closed their frontiers and begun hostilities. Things had come to a head on 1 August, when the armies of the German Kaiser had crossed the border into Belgium – a neutral country which Britain was pledged to protect – in order to attack France. Britons living on the Continent were fleeing in their thousands, abandoning businesses, education, holidays, so as to get home as quickly as possible. They were arriving in trainloads at Charing Cross and Victoria, dirty and exhausted and with tales of hostility and harassment and the horrors they had seen.

For Britain, the First World War did not begin at teatime on a sunny afternoon but at eleven o’clock at night, or midnight Berlin time, the hour at which an ultimatum from the British Government expired. Because the Kaiser had ignored a diplomatic request to withdraw his troops from Belgium, Britain declared war on Germany. In London on that warm evening Whitehall and the Mall were packed with people, converging on Big Ben to hear it ring out the end of peace, or on Buckingham Palace because that is where the British go at moments of high emotion. They had been waiting weeks to see if war would come, and if their country would be drawn into the approaching general cataclysm. During that time householders had been stockpiling food; young men as is implied in the series – were getting ready to enlist or had been training as Territorial soldiers; and many young women had already taken courses in nursing.