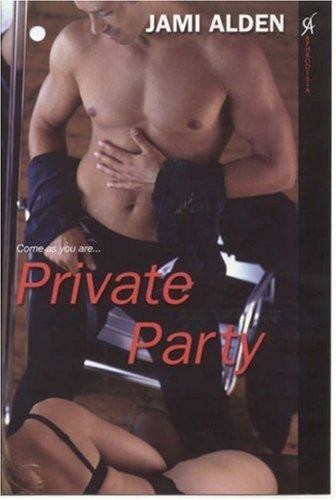 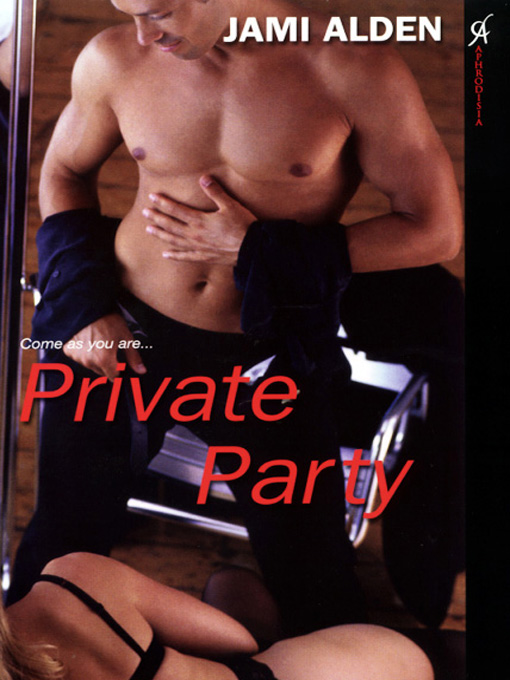 Thanks for loving me,

and always believing in me,

They say it takes a village to raise a child, but in my case it also takes one to write a book. As usual, I am indebted to my amazing friends and critique partners, Bella Andre and Monica McCarty. Thanks for reading this and giving me invaluable feedback even after the hundredth read. And thanks to the fabulous Fog City Divas—I always leave our gatherings inspired and ready to dive back in.

And I especially want to thank every single reader who has taken the time to write to tell me how much she enjoyed my books. When I’m sitting alone in front of my computer, literally pounding my head to get the words to come out right, it’s feedback like that that keeps me going.

J
ulie Driscoll was, without a doubt, the most beautiful bride Chris Dennison had ever seen. Her strapless ivory gown left her arms bare, and, if he closed his eyes, he could imagine how silky her skin would feel against his fingertips. Though her veil obscured her face, he could vividly picture wide, long-lashed eyes the color of the Caribbean sea at sunrise; her small, slightly upturned nose; and full pink lips. Her breasts swelled tastefully against the bodice of her dress, though even that was enough to make his mouth dry and his palms sweat. With the wide, poofy skirt of her wedding gown nearly spanning the entire width of the aisle of San Francisco’s Grace Cathedral, she reminded him of a luscious dollop of whipped cream, tempting him to lick her up with one lusty sweep of his tongue.

His chest got tight as she approached, his stomach twisting in knots as every step led her closer to the altar. She was really going to go through with this. He’d had eighteen months to mentally prepare himself, and still the realization hit him like a fist in the gut. He clenched his hands into fists, took a deep, calming breath, and willed himself not to turn tail and run from the church as fast as he possibly could. He’d made a promise, and unlike some men in his family, when he gave his word he kept it.

“Who gives this woman in marriage to this man?”

Chris watched, a sour ache building in his stomach, as her father, Grant, lifted her veil to reveal a nervous-looking smile that didn’t quite reach her eyes.

“Her mother and I do,” Grant replied, and Chris swallowed back the curse screaming in his brain as Julie’s groom, Chris’s older half brother, Brian, stepped forward to take her trembling hand.

“Where in the world is he? It’s time to cut the cake.”

“I’m sure he’ll be here any minute,” Julie Driscoll Dennison attempted to soothe the frazzled wedding planner. “Why don’t you have one of the ushers check the bathroom, and I’ll see if he’s out in the lobby.”

Honestly, you’d think Brian would know better than to disappear in the middle of the reception.

“Everything okay?” Wendy, Julie’s maid of honor, sidled up alongside her and asked.

“I can’t find Brian. He probably needed a moment to himself.” Wendy quirked a brow. “Right…”

Okay, so Brian wasn’t exactly the introspective type, but still, it was his wedding day. God knew Julie was all but overwhelmed by it all. “I don’t suppose you’ve seen him.” Wendy shook her head. “Where’s his brother? I thought it was the best man’s job to keep tabs on the groom.”

“He left right after he did his toast,” Julie said. She smiled a little when she thought of Chris’s toast. So practiced, so polite. So unlike him. Chris wasn’t the kind of guy who worried about what people thought of him, especially not the stuffy, overly self-important crowd attending her wedding. His easygoing, casual style made him stick out in this crowd, even as he tried to fit in.

Unlike Brian, who could have been a
GQ
cover model, Chris’s dark brown hair was always a little shaggy, his big, muscular body always looking a little too big for his clothes. But he had looked absolutely delectable in his tux, the white shirt a seductive contrast to his skin, burnished from the strong Caribbean sun. Chris had always been gorgeous in a rough around the edges kind of way, and he’d only improved in the five years since she’d seen him last.

She closed her eyes, trying not to imagine the acres of tanned muscularity he had hidden under that tux.

She’d thought she’d gotten over her silly teenage crush on Chris a long time ago, and her wedding day to his half brother was no time for her to resurrect it.

She mentally slapped herself. Today was her wedding day, for goodness’ sake. All of her months of hard work and planning had finally come to fruition, and now was not the time to revisit her long-dead infatuation with her fabulous groom’s black sheep of a younger brother.

She exited the ballroom and made her way down a hall, stopping to chat politely with guests along the way. As she neared a utility closet, a thump sounded from behind the door. Then a giggle. Then a moan.

Her stomach somewhere around her knees, Julie had an awful premonition of what she would find behind that door.

“You son of a bitch.” Her voice sounded very far away, like it came from the end of a long, echoing tunnel.

She squeezed her eyes so tight her eyelids cramped. This could not be happening. It simply couldn’t.

But there was no mistaking Brian, frozen mid-thrust as he nailed another woman against the wall, who was gaping over his shoulder at her in a way that would have been comical under other circumstances.

She spared the other woman a quick glance. Ah, of course, the lovely Vanessa, Brian’s newest assistant.

She had suspected Vanessa’s employment had more to do with her mile-high legs and oversized chest than her secretarial skills, and she kicked herself for stupidly giving Brian the benefit of the doubt. But the last time she’d caught him cheating he’d sworn to God, on his grandmother’s grave, and the title of his prized Ferrari, that it would never, ever happen again. He’d promised that the next time he would have sex would be with Julie, on their wedding night. And with their wedding plans forcefully in motion, it had been easier to believe him than to admit she was about to make the biggest mistake of her life.

“Julie, it’s nothing. It doesn’t mean anything.” Brian fumbled with his tuxedo pants, grabbing at his cummerbund as the trousers slid back down around his ankles. Vanessa had pulled her skirt down and made a dive to retrieve her underpants. The action sent Brian stumbling backward over a mop and bucket, and he landed on his ass in the middle of Vanessa’s chest.

Julie had never been sucker punched, but she imagined this was what it might feel like. A sharp hit to the middle of her chest, a sensation of all the air leaving her lungs, leaving her gasping like a dying trout.

Pain radiated through her, accompanied by the icy burn of humiliation. Still, she grasped for control, trying not to let Brian see that she was blowing apart from the inside out, into a thousand tiny fragments.

Her mind worked frantically, searching for the appropriate thing to do or say in a situation like this. But there was no sweeping this under the rug with social niceties.

Taking a mop handle and shoving it somewhere extremely painful was probably not the best response, however appealing it was at the moment. “We’re supposed to cut the cake now,” she said stupidly.

In a daze, she made her way back to the ballroom. How could she have been so stupid? Allowing herself to be hauled to the altar like some sacrificial cow. Sweet Julie, perfect Julie, always doing the right thing for her parents, for her family, for the business. So determined to never make a fuss that she had refused to acknowledge the truth about her husband-to-be.

Barely conscious of her actions, she pushed open the door to the ballroom of the Winston hotel, the crown jewel in the D&D luxury hotel empire. Her father, Grant Driscoll, and Brian’s father, David Dennison, had acquired the property just two years ago. Within a year, it was giving the Fairmont a run for its money as
the
luxury hotel in San Francisco.

But she didn’t even see the beautifully redecorated ballroom with its elaborate chandeliers and silk wall coverings that conveyed an atmosphere of old-fashioned elegance and luxury. She didn’t care about the tens of thousands of dollars’ worth of white roses that adorned each of the seventy tables that had been set to accommodate the wedding guests. She didn’t even care when she stumbled into a waiter and a glass of merlot splashed down the skirt of her custom-made Vera Wang wedding gown.

She moved through the crowd, seeing nothing but blurry flesh-colored shapes of guests as they tried to catch her hands, to kiss her cheeks and offer congratulations. Ignoring everyone, she made her way to the dais at the front of the room currently occupied by the band.

As she reached the first step, she felt a firm grip on her arm. She didn’t even acknowledge Wendy as she shook off her grip.

Signaling the band to stop, she grasped the microphone and lowered it until it was at mouth level. It was then that she realized she was shaking. Not just a little tremble of the hand, but a full-body quake. She stared out into a crowd that represented a who’s who of San Francisco society. Out of the corner of her eye she saw the mayor hitting on one of her cousins. Her father’s business partners, city council members, and wealthy financiers and their spouses stared at her expectantly.

Julie licked her lips and grasped the microphone. Her knuckles were white as she clenched the microphone in a death grip. Glancing to her right, her stomach clenched as two waiters wheeled out the five-tier chocolate raspberry with vanilla fondant icing wedding cake, and positioned it next to her.

“Can I have everyone’s attention please?”

The request was totally unnecessary—everyone was staring at her in slack-jawed astonishment.

“I appreciate that you have come here to celebrate what was supposed to be the most special day of my life.” A vague, outer-body sensation overtook her, enabling her to see herself as though from across the room. What would the little psycho bride say next? “Unfortunately, my special day has been ruined by the fact that my husband,” she gestured to the back of the ballroom, where Brian fought his way through the throng, “decided that his wedding reception was a perfect place to screw his new assistant.” A chorus of gasps and murmurs rippled through the crowd, snapping everything into sudden, vivid focus. Mouths gaped, eyes bulged as people craned their necks to catch a glimpse of the errant groom.

“So, while I encourage you to continue to enjoy the festivities, I’m going to call it a night.” She gathered PrivateParty

up her full skirts and had barely made it to the edge of the stage when Brian finally reached her.

“Julie, I’m sorry, please, you have to listen.” Brian had combed his hair and straightened his tuxedo, and was once again the epitome of perfectly polished masculinity. Grasping her arms so tightly she knew she’d have marks, he said in a pleading voice, “I’m a sex addict. It’s an illness. I can’t help myself, Jules