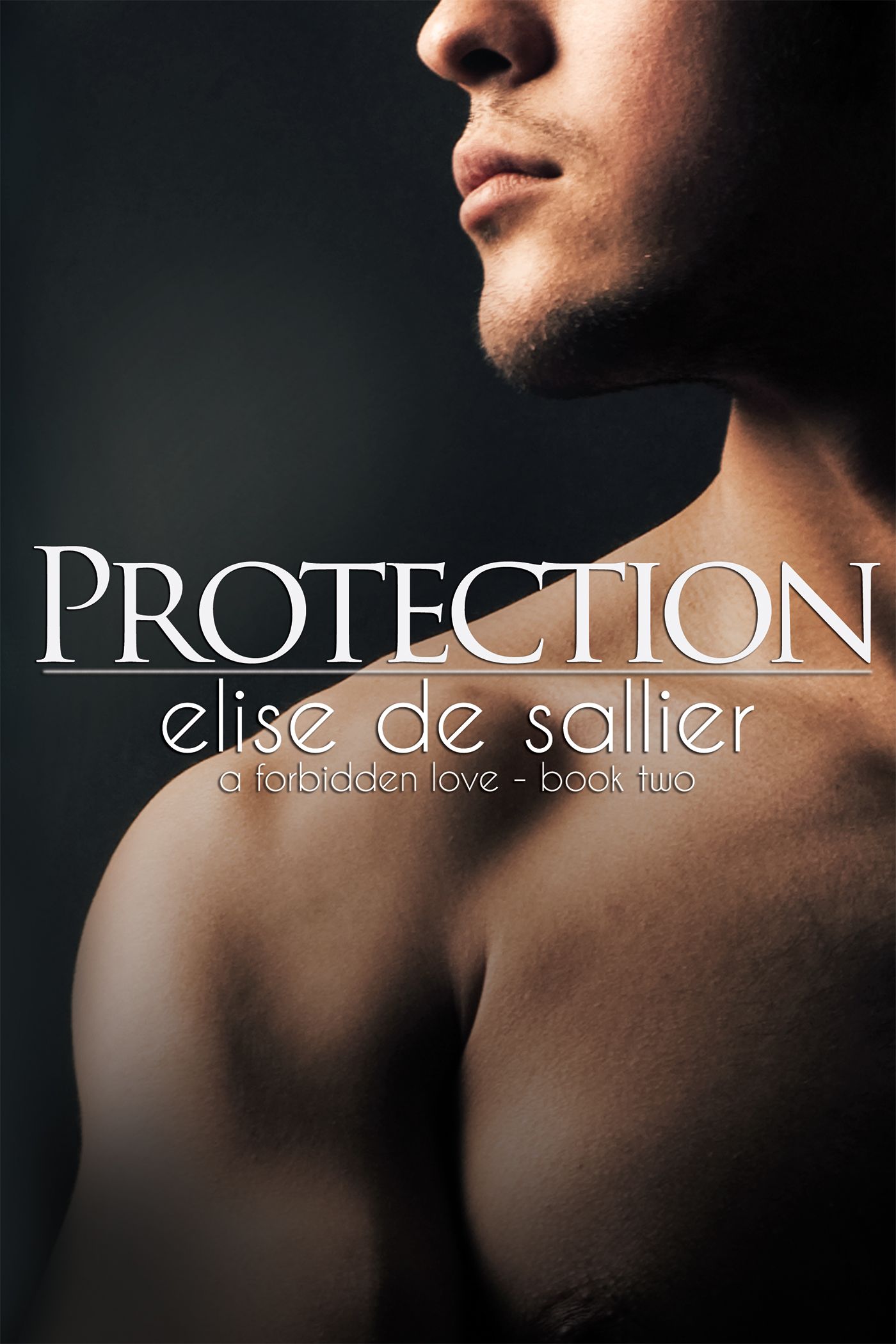 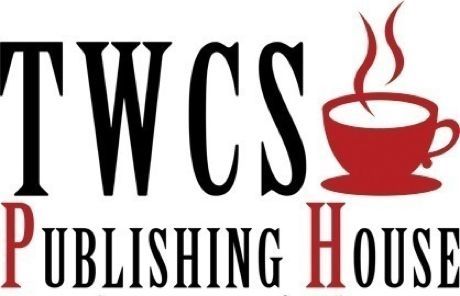 This work is copyright. Apart from any use as permitted under the Copyright Act 1968,
no part may be reproduced, copied, scanned, stored in a retrieval system, recorded
or transmitted, in any form or by any means, without the prior written permission
of the publisher.

All characters and events in this Book – even those sharing the same name as (or based
on) real people – are entirely fictional.  No person, brand, or corporation mentioned
in this Book should be taken to have endorsed this Book nor should the events surrounding
them be considered in any way factual.
This Book is a work of fiction and should be read as such.

Lord Richard Copeland, erstwhile baron and fugitive from the King’s justice, nursed
a brandy in his right hand, his left occupied with squeezing the hip of the blonde
lounging on the arm of his chair. She was overdressed in corset and chemise, a situation
he would soon remedy. Considering his plans for the evening, it was a good thing her
tolerance for rough treatment was high.

Having been stripped of his title and forced to flee abroad to avoid imprisonment—his
return to England only temporary—Copeland’s need for brutality was bordering on murderous.
He hoped the girl survived the night, as she had been with him for a while now. Finding
a replacement would be a nuisance.

“Sorry to hear about your trials, old chap.”

His drinking companion’s tone was gloating, and Copeland’s grip tightened on the girl’s
cloth-covered flesh.

“Gettin’ started already, my lord?” The whore stood and sauntered towards the bed,
the sway of her hips drawing his eye.

If his whip hand slipped and came down on the young lord’s fragile skin, there wouldn’t
be anything the arrogant fop could do about it—and he might learn to treat his betters
with a little more respect.

“Maybe next time. I’ve already put in my order down the road.”

Copeland shrugged. While he could appreciate the appeal of youth, he wasn’t interested
in bedding children. They bored him.

“You’re a brave fellow for returning to English shores after the stunt you pulled,”
his drinking partner continued. “We’ve all been tempted to preempt
an inheritance, but you must admit you took a risk trying to rid the Barlow estate
of its incumbent holder. Although, shooting the fellow in the chest
should
have been sufficient.”

“Bloody oath, it should have,” Copeland muttered, infuriated the retired officer had
survived what he’d believed to be a mortal wound.

“What I can’t understand is why you went to such effort over a minor estate, an entailed
one at that, or why you’d want to wed the man’s daughter?” he said, a sly smile twisting
his lips. “Don’t tell me you developed a tendre for the chit? Although it would explain
why you had all and sundry out hunting for her.”

“I couldn’t give a damn about the girl.” Copeland downed his glass in one gulp and
then threw it at the stone fireplace.

“Quite the opposite. Red hair, green eyes, and a form to make a man’s hands itch.
Well, a man
who appreciates that sort of thing.” Once she was under his control, Copeland anticipated
receiving great enjoyment from marking the girl’s porcelain skin—repeatedly. “She
was merely a means to an end.”

“What end would that be? I heard the necklace the daughter took with her when she
fled was valuable.”

His curiosity had been piqued by the rumours of a French princess having escaped the
Terror,
a priceless pearl necklace in her possession, but he’d never expected to discover
her daughter was his distant cousin. Motivated by increasing debt, he’d only made
the journey to Barlow Manor in the hopes of finding his predecessor in poor health
or a generous mood. But one glance at his flame-haired daughter, who bore a striking
likeness to the princess whose portrait Copeland had seen at St James’s Palace, and
he’d realised a far greater prize than the minor estate was within his reach. If they
had wed, the girl’s connections, once publicly acknowledged, would have greatly increased
his standing. Considering the paltry size of her dowry, he’d have had to realise the
monetary value of the necklace—a challenge given its notoriety. The situation was
simpler now that he no longer need worry about the opinions of others, a two-edged
sword for which he had Miss Barlow to thank.

“The necklace isn’t merely valuable, it’s priceless.” Copeland dangled the hook. “But
not worth half as much as my sweet cousin to the right buyer.”

“Really? She must be something special.” His visitor’s eyes lit with avarice before
slowly dimming. “It’s a pity your plan failed so comprehensively. The girl not only
escaped, she eluded capture for several
months
. Hid out with her old governess, or so I heard. Her father didn’t die, and now you’ve
been publicly denounced. A bit of a disappointment all round, I imagine.”

If Copeland hadn’t needed him, the young fop would have regretted his patronising
tone.

“Plan
A
was unsuccessful, but there are many more letters in the alphabet.”

“What do you have in mind?”

“I plan to make Sir George regret his survival. As for his daughter, Miss Anneliese
Barlow is going to pay a high price for thwarting me.” Confident his prospective accomplice
had taken the bait, Copeland reeled him in. “To take possession of what is rightfully
mine—the necklace and the girl, both worth a fortune in the right circles, a fortune
I am willing to share
—
I’ll need some assistance.”

Nathaniel took a deep breath in preparation for asking the most important question
of his life. A positive answer was assured, but he couldn’t help feeling apprehensive,
still reeling as he was from a series of stunning disclosures.

Discovering the young maid he had taken as his mistress was actually the gently raised
daughter of one of his father’s oldest friends, on the run from an unscrupulous baron
and in fear for her life, had explained a great deal about her behaviour. In particular,
her squeamishness over the role he’d offered her.

It had also changed everything.

While Nathaniel had been astounded to learn of Lisa’s duplicity, he could barely begin
to catalogue his misdemeanours where she was concerned. Even before discovering her
identity, he’d begun to feel an uncomfortable degree of guilt regarding his treatment
of her. She deserved so much more than the life of a mistress, relegated to the shadows
and having to share him with his legitimate family. Although what else he could have
done if she
had
been a lowly servant, he didn’t know. Marriage was out of the question, or so he’d
thought at the time. The only way he could have granted her his fidelity was to remain
unwed, thereby reneging on his duty to provide his father with an heir. An extraordinary
sacrifice for one of his station, it was an offer he had been about to make when he’d
learned she was a member of the gentry.

The shock of that disclosure had been bad enough, motivating his willingness to make
an even greater sacrifice and give up everything—his titles, inheritance, and place
in society—to marry her if King William IV withheld his permission. He was relieved
that shouldn’t be necessary, Lisa’s unexpected heritage making her more than suitable
to be his bride. But learning she was the daughter of a French princess—not just a
lady but an aristocrat, for God’s sake—had nearly brought him to his knees.

That she was willing to forgive him was a miracle, one Nathaniel had no intention
of taking for granted. Her father, Sir George’s, violent threats were quite unnecessary,
as he already intended to do everything in his power to make up to Lisa for his less
than gentlemanly behaviour.

But first, he had to propose.

Nathaniel glanced to where Sir George and the King watched them through the French
doors of the palace drawing room. The courtyard to which he’d escorted Lisa was an
attractive setting, the spring garden in colourful bloom. But he’d not expected the
occasion of asking for her hand in marriage to include an audience. At least they
couldn’t be overheard.

Kneeling beside her, he was taken once again by just how lovely Lisa was. Her vibrant
red hair, green eyes, striking features, and feminine figure combined in a way that
set his heart to pounding. Then there was her smile, though at the moment it was missing,
as she seemed as anxious as he was. After smoothing her full skirt, she placed her
trembling hands in her lap. While he’d seen her perform the exact same actions on
numerous occasions, this time was different. This
time, aware of her true heritage, he recognised what should have been obvious to him
from the beginning.