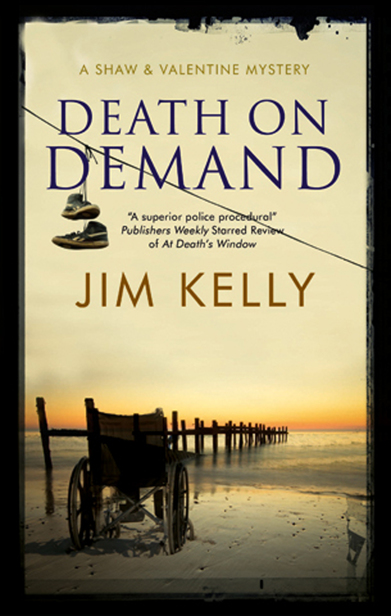 A Selection of Titles by Jim Kelly

A Selection of Titles by Jim Kelly 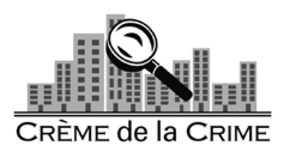 The right of Jim Kelly to be identified as the author of this work has been asserted in accordance with the Copyright, Designs & Patents Act 1988.

T
he first glimmer of the rising supermoon appeared as a star of light on the marine horizon at a point, according to DI Peter Shaw’s iPhone compass, five degrees from magnetic north. Its intensity brightened by the second, until a beam broke free, sweeping across the sea, as if from some unseen polar lighthouse. Within a dozen heartbeats the lunar curve was revealed, tracking east, gliding perhaps on watery rails.

Shaw checked his watch. Moonrise had been predicted at 7.08 p.m. precisely; it was now 7.09 p.m., revealing the precision of celestial mechanics. The crowd on the beach, in contrast, was chaotically human. Small groups broke into applause; a strange, neo-pagan welcome for the phenomena they had all come to witness: congratulating a lump of inanimate rock, if a spectacularly beautiful one, for succumbing to the universal laws of physics.

The speed of ascent into the night sky was extraordinary, clearly visible to the naked eye; the moon’s rise heavenwards accentuated by the warm layer of air just above the sea, the result of a day of unrelenting sunshine, which had, in effect, created a giant lens, an atmospheric magnifying glass. The crowd whooped and clapped, urging the moon along its inevitable path.

One of the party groups on the sand had a portable speaker and, on cue, it began to broadcast the opening bars of Strauss’s
Also Sprach Zarathustra –
the closest, it was clearly felt, that several thousand years of human evolution had yet come to the music of the spheres. Shaw, sitting on the bottom rung of the ladder which led to the lifeguard’s high chair, recalled that the opening bars of the musical poem were entitled
Sunrise
– and were therefore spectacularly inappropriate.

Rising, the moon accrued a pink-orange luminescence, giving the orb a subtle shadowing, a three-dimensional quality, a sense of untold mass often absent from the usual white, cold disc. Shaw was moved, not by the grandeur of the phenomenon, but by the way in which this ball of rock gave to the flat sky an astonishing depth, so that he sensed that he could reach out a hand and cradle the great sphere in mid-air, turning it if he wished to see the hidden dark side.

Sixty-five seconds after making its first appearance the moon finally let loose the bounds of earth and was free, launching itself into a silent voyage which suggested the verb
sailing,
a spinnaker billowing out at the leading edge, perhaps, with flags trailing, and a wake even, like a stream of stardust. Camera lenses clicked in a chorus behind him, on the crest of the dunes, where a line of photographers had set up their tripods to catch the event: the crowded beach as foreground, with its flickering barbecue fires, mobile phones flashing, and a single Chinese lantern already lit, a child’s hand away from its own free flight.

A family twenty yards down the beach from Shaw examined a large lunar map spread out on the sand, a father-figure excitedly pointing out the principal features to a ten-year-old boy, while his toddler sister stood, transfixed, dead arms hanging loose at her sides, watching this strange apparition as if bewitched by a hypnotist’s pendulum watch. The ‘Man in the Moon’ had never been more apparent, the ‘eyes’ of the Mare Crisium and the Mare Serenitatis like giant sockets in a pumpkin skull. As the colours bled away, the orange and red, the green and the blue, slipping from the surface as the moon rose, a lifeless white took their place, suggesting not just the bones and teeth, but the deathless quality of outer space.

A cheer rose behind Shaw, prompting him to look back up the beach to
Surf!
– the beach bar and café run by his wife, Lena. The dozen picnic tables had sold out for a special ‘Supermoon Menu’
of smoked eel, Hunstanton fishcakes (squid and hake) and toasted marshmallow pie; plus a house cocktail dubbed ‘The Moon Riser’, which fortuitously included shots from several untouched bottles on the shelf behind the bar (including a Japanese whiskey, a Basque sloe brandy and a vile Czech liqueur with the consistency of axle grease). The result was nothing if not potent, and Shaw wondered how many of the diners were applauding just the one moon. Several of the sky-watchers stood on picnic tables, but all faces tracked the magnificent progress of the light in the sky, like upturned sunflowers. A pleasing symmetry seemed to create a tension between the watchers and the watched: the giant face looking down, the hundreds staring back in reply.

Lena, meticulous in everything related to her clientele, had included a fact sheet on the back of the menu, pointing out, among other things, that no less an authority than NASA had estimated that a supermoon (the coincidence of a full harvest moon with the point at which the earth’s lone satellite is at its closest to its parent planet) would appear in the sky fourteen per cent bigger by area, seven per cent wider, and – best of all – thirty per cent brighter, than its every-night self. This was the moment of perigee-syzygy, according to the scientists. Shaw memorized the spelling on the one-in-a-million chance he ever got to use it in a game of Scrabble with his daughter.

The cheering persisted as three waitresses, employed by Lena for the occasion, dispensed a further round of the lethal potion.

Down by the water’s edge, a group had gathered around a quad bike loaded with an entire consignment of Chinese lanterns. Shaw, in his role as a crewman for the local lifeboat a mile south at Hunstanton, had been involved in making sure that
Surf!
’s supermoon event used bio-degradable lanterns, and would only proceed to a mass launch if an off-shore wind was blowing. Shaw planned a two-hour coastguard shift on top of the lifeguard chair, tracking the lanterns, making sure any real life emergencies didn’t get lost in the drifting light show.

Turning quickly at the sound of his name, Shaw found himself face-to-face with his chief constable, Kieran Joyce, in shorts and Irish rugby shirt, cradling a large Moon Riser. Twenty yards along the beach he noted Joyce’s personal driver, in dark suit and tie, sipping an orange juice, and looking bored. For a moment Shaw felt a distinct sense of doom approaching. At the same instant he realized that this was probably due to the supermoon itself, supposedly a sign of imminent disaster, for as the moon controlled the tides and the drifting tectonic plates of the earth, its super counterpart was said to trigger tidal waves, earthquakes and all manner of biblical dangers.

‘Sorry to creep up,’ said Joyce. ‘You were miles away. Makes you think, a sight like that.’

Shaw dutifully considered the giant moon with his one good eye, the right. He’d lost the sight in his left on the beach one day, ten miles to the east, when he tried to get a toddler away from a pool of toxic waste which was bubbling out of a discarded drum of industrial effluent. The kid, waving a stick, had panicked as Shaw scooped her up in his arms, the tip of the stick catching his right sclera, injecting the poison waste into the soft tissue. Lena always said it was like a beauty spot, that it simply served to accentuate how handsome the rest of his face remained. Echoes again: this time the rising moon and the white, lifeless pupil, a contrast to its water-blue twin.

‘It’s very big, I’m very small, that’s as philosophical as I get, sir,’ he said.

The former deputy chief constable of Northern Ireland, Joyce, a high-flyer at forty-eight years of age, found himself widely tipped as a potential candidate for the biggest job of all, with the Met, if the politics went his way. He’d been in the new job for six weeks and so far had taken the
softly-softly
approach. Shaw wasn’t fooled, for when he looked into Joyce’s eyes he saw echoes of the Irishman’s past: a vicious sectarian childhood spent in Belfast’s poorest Catholic neighbourhood – the Short Strand. Joyce had seen his father shot dead by a gunman at the height of the Troubles in 1976; a fleeting grey figure in the newsreel, hurling a petrol bomb over a barricade of burnt-out cars. According to one interview Shaw had tracked down online, ten-year-old Kieran had watched from his bedroom window as the fatal shot found its target, his father clutching at the throat wound that would drain his life away. Twenty years later his son was at the heart of the negotiations which had laid the foundations of the peace process. Shaw tried to imagine what that felt like inside; sitting across a conference table in an anonymous room, pouring out tap water into crystal glasses for men, any one of whom might have been behind the cross hairs of a rifle that day, adjusting the telescopic sight to bring his father’s outline into focus.