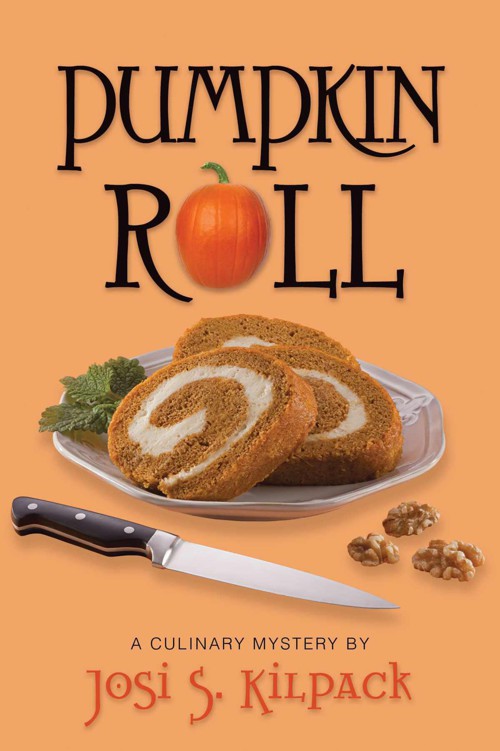 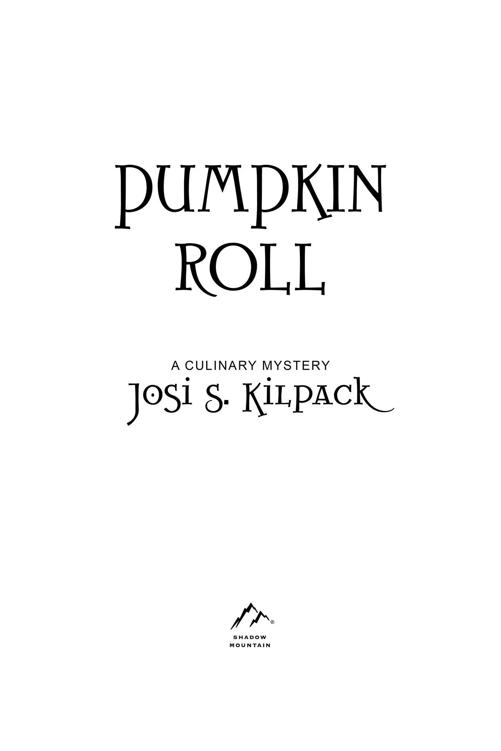 © 2011 Josi S. Kilpack.
All rights reserved. No part of this book may be reproduced in any form or by any means without permission in writing from the publisher, Shadow Mountain
®
. The views expressed herein are the responsibility of the author and do not necessarily represent the position of Shadow Mountain.
All characters in this book are fictitious, and any resemblance to actual persons, living or dead, is purely coincidental.

Summary: Sadie Hoffmiller is in Boston, Massachusetts, with her boyfriend, Pete Cunningham, babysitting his three young grandsons. The boys insist that Mrs. Wapple, the woman who lives across the street, is a witch, and Sadie and Pete are anxious to distract the boys from such Halloween-induced ideas. Then Mrs. Wapple is attacked in her home, and Sadie finds herself embroiled in a series of unexplained occurrences with life-or-death consequences.

To my Kylee-Bear, the very best thing about October. Love you, sweetie.

So, what’s the difference between a sociopath and a psychopath?” Sadie asked as she put the last plate in the dishwasher.

Pete Cunningham, Sadie’s boyfriend—though that was such a juvenile term—looked up from where he was replacing a hinge on a flat-fronted kitchen cabinet. “One starts with an S and the other starts with a P,” he said before going back to the task at hand—one of the two dozen items from his self-imposed honey-do list. They were in Jamaica Plain, a suburb of Boston, watching Pete’s grandsons while Pete’s son and daughter-in-law spent six days in Texas where Jared had just accepted a residency following his completion of medical school at Boston University.

“Funny,” Sadie said with exaggerated dryness. “I meant in a psychological way—how are the disorders different from one another?” She sat down on one of the cheap kitchen chairs that went with the cheap kitchen table. Jared and Heather had been poor college kids for ten years, during which time they’d had three children; cheap was all they could afford. The din of little boys playing in the other room was at a moderate level, giving Sadie and Pete a rare chance at adult conversation.

Pete turned the final screw and stepped back to shut the cabinet, which now hung perfectly. “This question wasn’t inspired by my grandchildren, was it?”

As if waiting for an invitation, three redheaded boys, graduating in height from tallest to shortest, ran into the kitchen. Kalan, the oldest, darted behind Pete, while Chance and Fig—a nickname somehow derived from Finnegan—held plastic swords above their heads, trumpeting a war cry in pursuit of their brother. All three boys had taken off their shirts to further emphasize their warrior physiques as only a six-, four-, and three-year-old could.

Sadie smiled as she watched the show; it was her favorite—Grandpa Pete.

After using a series of karate chop actions to fend off the blows, Pete grabbed the plastic blade of one sword and then the other.

“I cut your hand off!” Chance yelled, tugging at his sword.

“Hand!” Fig repeated, pulling on his sword as hard as he could.

Pete lifted both swords until the boys had no choice but to let go. They stared at him with angry pouts.

“Gib it back!” Fig demanded.

“It’s almost time for bed.” Pete put the swords on the counter behind him.

“If you get ready by yourselves, we’ll have dessert before story time.”

“Bread?” Chance asked, crinkling his nose and sticking out his tongue. “Bread’s not dessert.”

“Not bread—cake.” Pete pulled out the platter of rolled cake with cream cheese filling.

“Cake!” all three boys said at once.

“But you’ve got to get ready for bed first,” Pete said, lifting the platter out of their reach and looking to Sadie for help out of the mess he’d made.

She turned to Kalan. “Will you help your brothers put on their pajamas?”

Kalan was only six, but he understood what it meant to be the big brother, so he grabbed an arm of both younger boys and began pulling them out of the room.

“Are you sure cake before bed is a good idea?” Sadie asked once they were gone. It was after eight o’clock and the pumpkin roll was supposed to chill for a few hours so that the filling would set up—it had barely been two. She’d planned to have it tomorrow evening.

“What’s the fun of having Grandpa stay over if you can’t have cake right before bed?”

It was hard to argue with such logic.

“I should have asked you first, though, since it’s your cake,” Pete said, holding the platter with both hands as though trying to determine what to do with it now. “Sorry.”

It was easy to forgive. “I wasn’t planning to eat it all myself.” Sadie took the platter and went up on her tiptoes to kiss Pete’s cheek as she passed him on her way to the counter. “You’re a fabulous grandfather,” she said, putting the platter down and heading for the newly repaired cabinet to retrieve some plates.

“I don’t know about that,” Pete said, watching her busy about the kitchen. “This may turn out to be the longest week of my life.”

Sadie laughed and grabbed a knife to slice the roll. “Haven’t you ever played Grandpa full-time?”

“No,” Pete said, moving to the sink to wash his hands. “Pat went a few times when the kids went on vacations or had babies or whatnot, and we had Brooke’s kids for a weekend here and there, but I haven’t been called upon since Pat died.”

Sadie looked up at the casual mention of his late wife, liking that he was becoming more comfortable merging his old life with the new possibilities of their relationship. “Well, then, I’m glad I could be a part of this new experience,” she said. “And rest assured, you’re doing wonderfully—cake before bed notwithstanding.” She grinned at him as she carefully sliced the cake.

“I appreciate the validation,” Pete said with a nod, leaning against the counter as he dried his hands with a dish towel. “Even if I don’t really deserve it.”

Sadie carefully lifted each slice of cake spiraled with cream cheese filling before putting it on a plate. It was so pretty. A moment later, Pete’s arms snaked around her middle and his lips pressed against her neck, sending a tingle down and then back up her spine. She turned in his arms, holding the knife out to the side so as not to appear threatening.

“I couldn’t have done this without you,” he said in a tender voice. “Aunt Sadie is amazing with these kids.”

“I’m glad it worked out,” Sadie said. She’d been very uncomfortable with the idea when Pete had first invited her. Staying in the same house with him didn’t seem right, given that her reputation had suffered some painful blows in recent months, but the more she considered the possibility, the more she wondered why she cared so much what people thought of her. She
was
a woman of high standards, and the people who truly cared about her knew that.

Bride of the Baja by Toombs, Jane
Cinderella And Prince Dom by Sydney St.Claire
Savage Scheme by J. Woods
The Last Sunset by Atkinson, Bob
Fall for a SEAL by Zoe York
Destined for the Dom [Masters of Submission 2] (Siren Publishing Everlasting Classic) by Jan Bowles
Twelve by Nick McDonell
Creepy Teacher: A Psychological Thriller by Mackie Malone
Bleak City by Marisa Taylor
Whatever Love Is by Rosie Ruston
Our partner