Read Queen of the Dead Online

Queen of the Dead 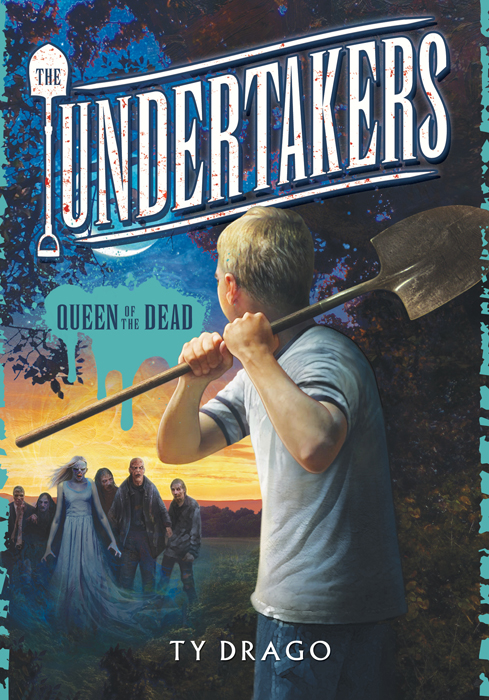 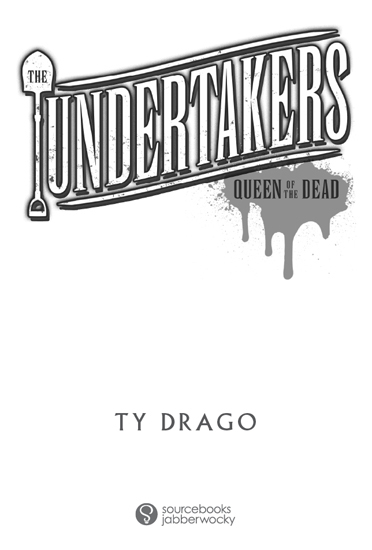 4. The Deader and the Barfly

7. Message in a Bottle

17. The Burgermeister and Helene

20. Getting the Band Back Together

21. Invasion of the Body Snatchers

24. Dueling with the Dead

For Susan Drago McDevitt,
a loyal fan, a great sisterâ¦and an even better friend.

“The first casualty of any war is innocence”

The Queen crossed the Void between worlds on Halloween, and the dead welcomed her.

She arrived without escort, emerging through the Rift without formâan entity of seething dark energy.

Her minions were already assembled, dozens of them, as many as would fit into this arched, windowless chamber. Being here was, of course, a tremendous honorâand only the most highly ranked had been invited. They stood at patient attention, a vanguard for the Army of the Dead, lit only by the Rift, which resembled a wide, fiery crack in the chamber's rear wall.

This “crack” did not close once the Queen's “Self” had fully entered this human realm.

In the midst of the welcoming dead, resting atop a steel hospital gurney, lay the body of a young woman. The cadaver was the freshest available, as suitable a vessel as the legions could find. For the occasion, she had been dressed in tailored clothes and adorned with gold jewelry.

No expense was spared.

Nor was time wasted. No sooner had the Queen emerged from the Void than her dark energy leapt into the waiting body. This is essential, as their kind couldn't exist in this world without a host.

The eyes of the woman on the gurney, which had been respectfully shut, snapped open. She sat up, moving stiffly with muscles that had begun to decay, and gazed down at her hands. In life, they had probably been long and delicate. Now they appeared purple, the fingers stiff with rigor mortis.

Seeing them, the Queen felt disgusted but resigned.

She rarely traversed the Void personally. But the sudden and inexplicable death of her predecessor, the late Kenny Boothâso well respected and accomplished a conquerorâhad made it necessary.

Oh, how she wished she could make that overrated fool pay for his failure. Sadly, his destruction made that impossible.

“How long has this host been deceased?” she demanded, speaking English for the first time, wrapping her unfamiliar tongue around the unfamiliar language.

“Six hours!” came the reply, barked by a dead man in a tailored suit who stepped dutifully forward.

The Queen eyed him. His cadaver, she noted, was nearly as fresh as her own. But while his host was of interest, she also examined his Cover.

They all had Covers, the illusions that allowed them to move unchallenged among the bald monkeys populating this revolting planet. Each Cover, each false persona, had been meticulously crafted to suit the individual. His was of an Earth male in his fifties, his smooth face distinguished and his hair pepper gray. To humans, he would appear as the picture of respectability, of professionalism, of thoroughly human prosperity.

The
Malum
, after all, were masters of disguise.

The Queen slid herself off the cot and stood, testing her new legs.

The man before her smiled. “Welcome, mistress.” She noticed with some approval that he spoke English, as was the protocol.

“You're Lilith Cavanaugh,” he replied. Then he held up a folder of papers. “Your dossier is here: education, employment history, personal references. You have tax records going back twenty years. It's as perfect an identity as has ever been fabricated. I handled it personally.”

The Queen accepted the paperwork and scanned it. Later, when she was alone, she would read it through several times. Embracing a Cover, making it part of yourself, was important. One had to
believe
the lie. It had been a long time since she'd personally harvested a world, but there could be no forgetting the Old Rule: a successful Cover was as much bluff as illusion.

“Acceptable,” she pronounced, dropping the folders casually onto the gurney behind her. “And you are?”

“James Dye, mistress,” the man replied. Then he smiled, his Cover showing perfect white teeth, while the ones in the cadaver he inhabited were yellow and visibly loose.

“Dyeâ¦an amusing name and one with which I'm familiar. You were Kenny Booth's personal secretary, were you not?”

Did his smile falter slightly? She wasn't sure. It didn't matter either way.

“I had that honor, mistress. Yes.”

“And what became of Booth while he was under your care?”

This time, the smile
did
falter. “Mistress, I wasn'tâ”

She took a step toward him. His smile vanished completely.

“Wasn'tâ¦what?” the Queen asked, closing the distance. “Wasn't in the television studio when your master was poisoned using the candies he so greedily and obsessively consumed? Wasn't on hand when his home was invaded? Weren't you laid low, along with the rest of his staff, while a collection of childrenâ¦
children!
â¦bested you all?”

She was very close to James Dye now, enjoying the fear that shone in his eyesânot his dead eyes or the more expressive eyes of his Cover. No, it was the being within, his Self, that quaked before herâand with good reason.

The Queen reached up with her dead purple fingers and cupped the trembling man's head between them.

Then, in a single hard motion, she twisted and pulled, roughly ripping Dye's head from his shoulders.

There was no blood, as the host's heart hadn't been beating. But there
were
juices, and some of these trickled out as his body fell heavily to the stone floor.

Lilith held the head a moment longer, admiring the way the illusion closed its eyes, as if in sleep. A human witness wouldn't have seen the decapitation. Blinded by the Cover, a typical bald monkey would have thought the well-dressed man had collapsed, perhaps fainted. They might even have come forward to offer aid, never knowing that the only aid available to James Dye now was a new host into which to transfer his trapped Self.

The body he currently occupiedâbeing suddenly and decidedly headlessâwas no longer usable.

“He doesn't transfer,” the Queen announced to the rest of the assemblage. Then, growling with only partially spent anger, she hurled Dye's head into the open fissure between worlds.

“He doesn't transfer!” And this time, she screamed it. Then, reaching down, she picked up the rest of the decapitated cadaver, and with a tremendous heave, she cast
that
into the Void too.

The
Malum
who had called himself James Dye was, like Kenny Booth, forever dead.

More murmuring, and the Queen noticed with irritation that none of their lips moved. They were speaking the Old Tongue.

“English!” she declared, her words reverberating off the arched brick ceiling. “Under my command, no one speaks the Old Tongue. You get one warning! Then you follow this fool! Is that understood?”

The murmurs ceased. Dozens of pairs of dead eyes locked on her, their Selves as well as their Covers looking suitably terrified.

“In time, one of you will attend me,” she said. “The way James Dye attended Booth. If that Self fails me as Dye failed his master, he or she shall meet the same fate. As you have no doubt heard, I'm neither patient nor forgiving, and the necessity of my visit to this wretched world has done nothing to improve my mood. But I
can
be generousâ¦if served with loyalty and competence. Is that understood?”

None spoke. None had to. Silence was assent.

She briefly scanned the first page of her dossier. Lilith Cavanaugh was five feet ten inches tall, with shoulder-length blond hair and green eyes. There were, of course, no photographs since, before tonight, Lilith Cavanaugh had never truly existed. But starting tomorrow, her faceâor rather, her Cover's faceâwould begin to appear in local newspapers and on local television. The
Malum
were expert publicists. Soon the entire city would recognize her on sight.

Time
to
select
the
face
they
will
see.

In moments, a beautiful, blond-haired woman stood in place of the purplish cadaver, wearing the tailored suit and gold jewelry as if she'd been born in them. She touched her face and once again examined her hands, which no longer appeared dead but were smooth and elegant, with alabaster skin and polished fingernails.

Then Lilith Cavanaugh addressed her minions. There was much to do, and she knew exactly where to start.

“One of you will now escort me to my new home,” she commanded. “Once there, I will rest and study and ready myself to begin living the new life that has been prepared for me. But before that happens, will someone please explain to me about theseâ¦Undertakers?”