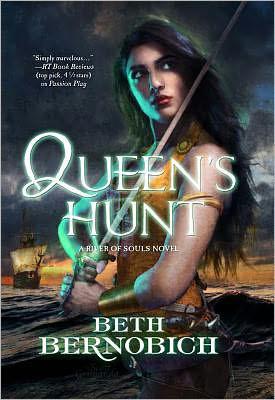 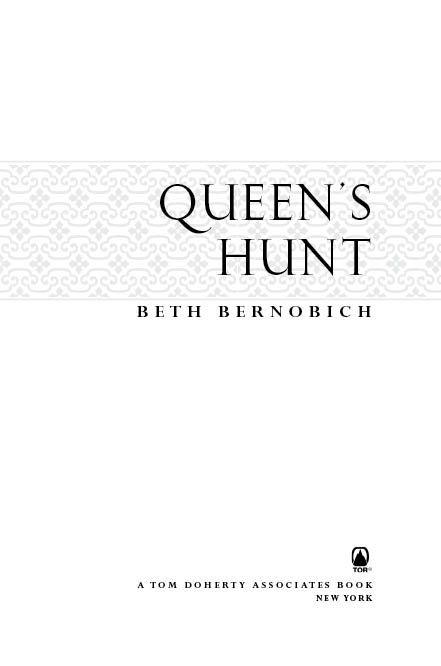 TO ROB, FOR EVERYTHING

Many years ago, I wrote a wildly different version of this book. Different characters, with different past lives, and almost a different storyline. Eventually I realized my mistake (with some help), threw out the original version, and started over. Still, the bones of that first novel remain, however much I’ve transformed them.

And for that transformation, I have a number of people to thank. First among these is my splendid editor, Claire Eddy, who pointed out the true focus of the story. Next, my very kind and patient readers, Delia Sherman, Jennifer Ford, Celina Summers, Fran Wolber, and Sherwood Smith. Thank you all! I am grateful for your critiques, comments, and suggestions.

And finally, I thank my husband and son for giving me the space to write, dinner when I forgot, and hugs when I badly needed them. 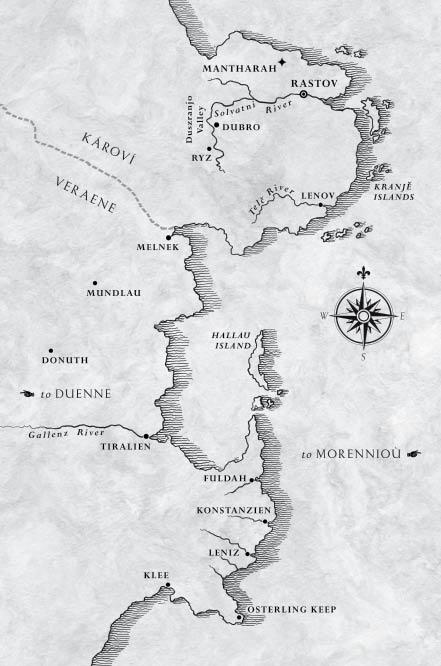 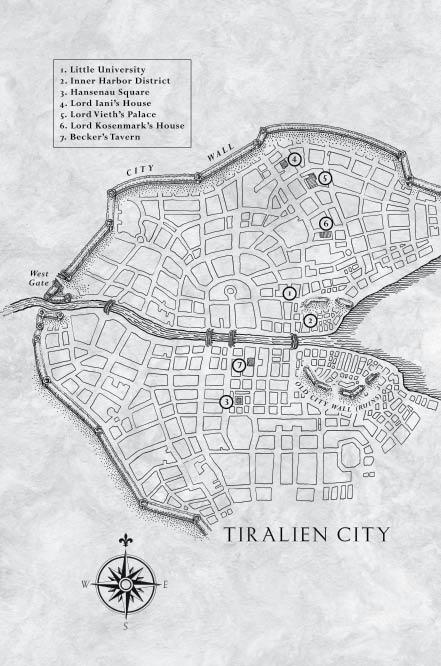 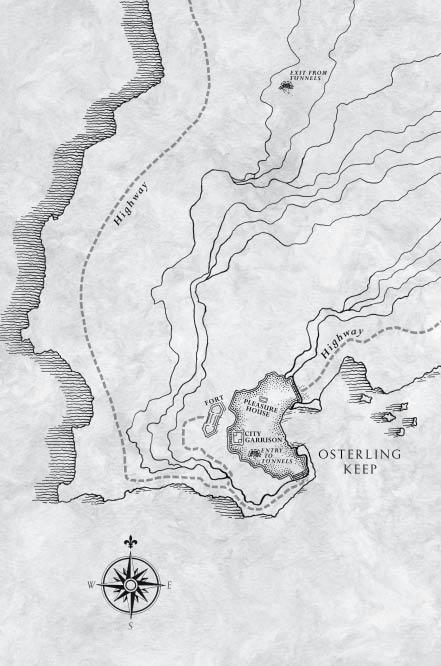 ONCE, WHEN HE
was a young child, six years old, Gerek Hessler had asked his great-grandmother about her life dreams, those vivid imaginings of past lives that came like nightmares upon a person in their sleep. Though she no longer saw anything but shadows, she swung her head around and stared at him, her milky eyes like pale moons in her dark face.
Nothing,
she whispered.
I dreamed of nothing, little man.

But when he asked again, she sucked in her lower lip. For a moment, her eyes brightened, her gaze turned inward, as if recalling those dreams. Then her mouth twitched in an unhappy smile, and she touched his cheek far more gently than she used to.
Live blind and you die blind,
she said in swift soft tones.
One day, Blind Toc himself makes sure you see the truth about yourself.

She had not answered his question, not directly, but he had not dared to say more. Three weeks later, between midnight and dawn, she died in her sleep. One life ended, her soul winging through the void to its next. Later, after he had studied the old philosophers, Gerek always wondered about his great-grandmother’s words. Had she lived blindly, life upon life, absorbed in the daily dull minutiae? Or had she at last faced the truth with eyes open, unflinchingly?

Gerek passed a hand over his face. Strange, unsettling memories. They had come upon him unexpectedly as he passed through Tiralien’s northern gates. Was it the sight of that aged fresco of Lir and her brother Toc over the gate itself? Or did the memories revive because of Tiralien itself, because of his cousin Dedrick, whose death had brought him so many miles?

Dedrick. Years ago, as children, he and Dedrick had spent a month here, along with their families. A second visit came about when Gerek’s parents decided he might study with an old scholar in the Little University. Now, riding in a freight wagon along a boulevard crowded with morning traffic, Gerek stared around, trying to see if the present city matched anything from his vague recollections. He remembered that bell tower, built of dark red brick and topped with an elaborate openwork crown for the bell itself, which flashed in the thin sunlight. That bridge led over the Gallenz River to the southern highway. And there, on the rising hills above, was the regional governor’s palace—Lord Vieth was the man’s name. He could not see the coast from here, but he could smell its heavy salt tang. He closed his eyes and tried to recall the hushing sound of water against the shore. A foreign sound to someone from the inland hill country.

From the nearby tower came the creak of ropes, the dull thump of the clapper. A pause, like the silence between each breath, then bell and bell and bell rang out over the morning.

The driver shouted to his team of horses. Abruptly the wagon jerked to the left. Gerek, used to this maneuver, braced himself against the nearest crate. His bones ached from sitting too long, his teeth rattled in time with the wheels as they jounced and bounced over the stone-paved streets. Soon they left behind the chaos of mules and carts, fishermen selling their catch, farmers arriving from the surrounding countryside to trade for supplies; it dropped away like an old cloak as they entered a quieter neighborhood where the merchants and richer tradesmen lived.

After the merchant houses came a district of fine shops, then a bleak expanse of counting houses and storage buildings. Just as he wondered how much longer until they arrived, the driver flicked his whip and barked out a command. Once more the wagon lurched, and they turned onto a broad avenue. Oh yes. Here were houses such as Gerek had imagined. Here was a neighborhood where a duke’s son might live. Even without his cousin’s description, Gerek recognized his destination.

The driver reined his horses to a stop. Gerek climbed awkwardly from the wagon. His legs, cramped from the long ride, buckled. He grabbed the wagon to keep from falling. His shin banged against the wheel. He yelped, in spite of himself.

The driver coughed. It sounded suspiciously like a laugh. “Would you like me to unload your trunks here, sir?” he asked.

“N-n-no.” Gerek swallowed and started over. “No. Thank you. Please leave them at the warehouse. I will send for them later.”

“As you wish, sir.” The man spoke politely enough. He clearly regretted that ill-timed laugh. Perhaps he knew of Gerek’s connection to House Maszuryn, itself elevated by the queen’s friendship with Gerek’s cousin Alia. More likely, he simply hoped for a few extra denier from his passenger.

Gerek paid the driver the final installment for his passage, then added five more silver coins. “For the safe delivery of my belongings. And for your kindness during the journey.” The words came out steadily, if not elegantly. It was more than he often hoped for.

The wagon lumbered off, its wheels rattling over the paving stones. Gerek stood alone on the broad and quiet avenue. He sniffed, smelled the scent of freshly turned dirt in the cool, clean morning air. This was one of the richest quarters in the city. A handful of stone mansions were visible through the trees, which were still winter-bare on this early spring day. The one that interested him—Lord Raul Kosenmark’s—stood directly opposite, behind a tall iron gate. In the center of the gate, an artisan-smith had twisted the iron bars into the likeness of a sinuous leopard. The insignia of House Valentain.

Gerek remembered his cousin Dedrick riding from his father’s estates, breathless with the news. A letter had arrived from Tiralien, delivered by a special courier. Their great-grandfather was to receive an award for his service to the Crown, and from the regional governor’s own hand.

“We shall all attend,” his great-grandfather had declared.

Standing here in Tiralien once more, Gerek recalled distinctly the shimmering summer heat in the governor’s palace. The pervasive stink of ocean tang, overlaid by sweat and too many bodies crushed close together, which even the sweetest herbs could not overcome. He could see clearly with his mind’s eye their great-grandfather kneeling before Lord Vieth to receive an astonishingly ugly chain, worked of silver and gold and studded with jewels of all sorts. His cousins whispering jokes to each other. Dedrick’s handsome face bending close to his, then retreating just as quickly, but not before he’d made some deliciously sarcastic comment. (Directed at the king? That vulgar chain? At Gerek himself, fat and stuttering and so misplaced among his cousins of all degrees?)

Amaretto Amber (Franki Amato Mysteries Book 3) by Traci Andrighetti
The Girl Who Came Home - a Titanic Novel by Hazel Gaynor
Junie B. Jones and Some Sneaky Peeky Spying by Barbara Park
All Light Will Fall by Almney King
Feel Again by Fallon Sousa
Helping Hand by Jay Northcote
Tangled Past by Leah Braemel
The Adventures of Mademoiselle Mac 2-Book Bundle by Christopher Ward
Because of Ellison by Willis, M.S.
Raised By Wolves 2 - Matelots by Raised by Wolves 02
Our partner