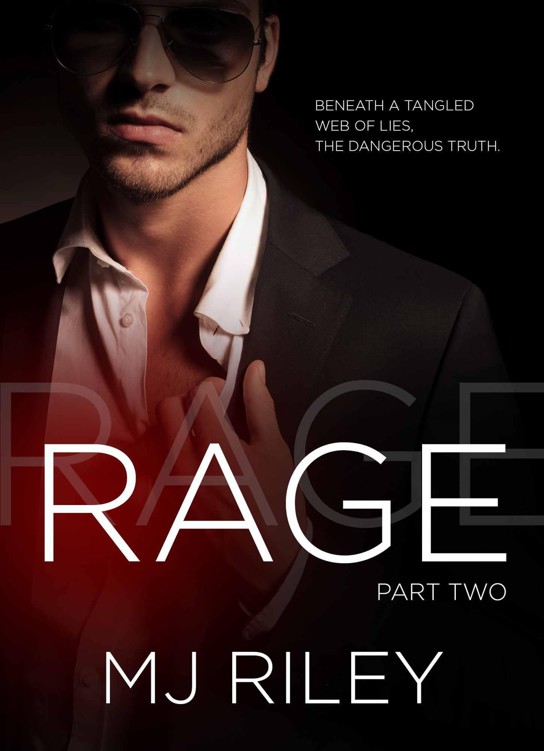 All Rights Reserved
. This book or any portion thereof may not be reproduced or used in any manner whatsoever without the express written permission of the publisher except for the use of brief quotations in a book review. All characters appearing in this work are fictitious. Any resemblance to real persons, living or dead is purely coincidental.

For a moment, she fought to catch her breath. Her father could be lying. It wouldn't be the first time he'd attempted to shock her over to his side. Somehow, it seemed more probably that her father would lie to her than the man she loved would manipulate her…only to be her own flesh and blood.

Suddenly dizzy, she gazed around the room at all those assembled. The impossible to shock Adeline looked slightly green, her father smugly amused, the two guards that accompanied him stolid and expressionless, and David…David looked somewhere between disgusted, enraged, and completely confused.

“You're a
fucking
liar.” Charlotte winced at the epithet coming from David’s lips. She'd rarely heard David curse. He didn't seem the type. Then again, he didn't seem to type to hack into her files and try to steal information either. “I knew you were scum, but I had no idea you'd sink so low,” continued David.

“Me?” Emerson barked a laugh. “You're the one who waltzed in here and went into your own sister's bed. All in an attempt to try to bring my company down.”

Charlotte was still totally confused. How could she have a brother? As far as she knew, she was an only child, and her mother had died before she was a year old.

“Dad,” she started, her voice trembling slightly, “what the hell are you talking about?”

“Let me spell it out for you, darling.” The endearment was scathing in its sarcasm. “Little David here is the product of one-night fling between me and his darling mother. I used to know his
father
, you see, and she was always on the lookout for someone who was more of a man than he was. We'd been getting on for a while and Marscomb found out. In a rage, he stole all of the company’s top designs and made off with them; so, I fired his ass. Good riddance. You want to know why I'm so paranoid? Look no further.” He pointed a thick, sausage like finger in David's direction. “
This
little whelp was looking for revenge for his dear old dad. When he found out what his mother had done, he made a personal vendetta out of it and went after you to get to me.”

“That's not true!” David's shout was so loud it echoed around the entire department, making several members of the weekend staff look back towards his office in curiosity. “There is no way my mother would ever sleep with a lying, cheating scumbag like you.”

Emerson merely grinned, showing his yellowing teeth. “Like father, like son. If I'd known you were this good of an actor, I might have hired you for my ad campaign.”

Without warning, David hauled off and slugged Emerson with all his might—which was
quite
substantial. Charlotte screamed, Adeline yelled for security, and the force of the blow sent Emerson back against the wall with an audible bang.

Within seconds, the guards grabbed the struggling hulk of a man. Watching in shock, Charlotte gasped as David spit, cursed, and struggled. Every muscle in his body strained to get at Emerson. She couldn’t help but wonder whether it could be true.

The world started spinning before her. “Charlotte?” Dimly, she heard Adeline calling her name, her tone colored with concern. “
Charlotte!
” Then, the world faded away to blackness.

When she woke up, it was to the sight of the ceiling in her bedroom. She was in a simple cami and a pair of pajama pants, and someone had moved her to her bed.

The bed where she and David had made love.

Her stomach suddenly lurched, and Charlotte sat up. The room spun about her, as she ran for the bathroom. She barely made it to the toilet before she violently emptied the contents of her stomach, her entire body heaving with the effort.

That was how Adeline found her—shuddering and bent over the porcelain bowl with tears streaming down her cheeks. Immediately, the redhead knelt at her side. “Jesus, Charlotte, are you ok?” She held out a washcloth to her companion, which Charlotte immediately took to wipe her mouth.

Quickly, Adeline turned to pour a glass from the tap and gave it to her. Charlotte used half of it to rinse her mouth out and chugged the other half before setting the glass on the tile floor beside her.

“God, Addy...” She couldn't keep the tears from her voice when she finally spoke. “What have I done?”

“Oh, honey,” Addy said, taking her into her arms, rocking her back and forth in a show of affection that was completely uncharacteristic. “It wasn't you. He had us all fooled. Goddamn
bastard
...”

Adeline made a sound of disgust low in her throat. “They're holding him down at the precinct in a cell. He’s where he belongs. We can charge the shit out of him later; but, for now, you rest.” Her hand stroked soothingly through Charlotte's hair. “You've had one
hell
of a shock.”

“How could he be my brother, Addy?” Charlotte whispered, still in disbelief. “Dad never even mentioned him—not once in my entire life.”

“Well, it would make sense.” Addy’s reply was rational, as always. “I'm sure relations with a prior employee's wife wouldn't look too great in the tabloids.”

“But…but that's just it.” Charlotte looked up, her eyes still red but now clear of any sign of moisture. “We did a
full
background check on David. If anyone in his family had worked for the company before, it would have turned up.”

Adeline made a face, but she didn't have a reply for her. Instead, she merely shrugged. “He's a techie, Charlotte. He might have had the know-how to falsify his own records. Why wouldn't he? He lied about practically everything else.”

Charlotte could only nod dully, as her friend enfolded her into her embrace once more. She still couldn't believe it. It had all been a lie—all the time they had spent together and relaxed side-by-side talking about their hopes and plans for the future. Even all the amazing technology they had created had been a lie.

“What about the tech?” she asked in a low voice. “All the new projects he was building for us. Were those just...flukes?”

“I've got everyone in the department going over them with a fine-toothed comb as we speak,” Addy assured her, softly, “but he's almost sure to have sabotaged them in some way. Those products will never see the market. I'm sorry, Charlotte.”

Jesus. Millions of dollars in potential revenue gone, just like that. Mountains of money spent in research and development for naught.

Though Charlotte was still hollow inside from the insane trickery David had unleashed upon her, she began to get angry when she realized how far he’d gone to blacken the name of the company. She might not have the best relationship with her father, but she was still CEO of Mathers Incorporated. He would have taken all of that away from her.

She began to wonder whether he had ever cared about her at all. Even the tiniest bit? Perhaps not. It took a pretty black-hearted man to sleep with his own sister in order to realize his half-cocked revenge plan. Plus, she'd fallen for it hook, line, and sinker. If it hadn't been for her father, Charlotte didn't even want to imagine where she might be now.

“Addy,” she started, looking back up at the woman who had been her closest companion for nearly a decade, “I'm
so
sorry I didn't believe you. I have no idea what came over me.”

“Infatuation.
Blind
infatuation. It happens to the best of us. There's no need to for you to apologize at all.”

Regardless of Adeline’s words, Charlotte felt as if she still had to apologize to the entire company for the time and money her oversight had cost them. Now, she'd experienced the reasons behind the company's strict policy about relationships between coworkers. She'd imagined that the rules were drafted without situations as serious as this in mind; but, all the same, she wanted to kick herself for being so easily taken in.

“I have to go in on Monday,” she finally said, sliding from Adeline's arms to stand, her expression still somewhat forlorn. “I need to address the company about Marscomb.” It seemed somehow wrong to call him David now. He had been David when they were intimate…when he'd been
lying
to her.

“And there are charges to file, right? We need to call up a lawyer and see to that, as well.”

Her voice had become firm once more. It was the voice she used in the office when she wanted to be straight with Addy, and the redhead knew the tone booked no argument.

Standing herself, Addy allowed a small smile to spread across her face. “We're going to take that bastard for all he's worth.”

Though the prospect should have made her feel triumphant and excited, after all he'd done to her, Charlotte felt like she had a rock sitting deep in her gut. It was a feeling that wouldn't budge—a sensation of having missed some important detail.

She assuaged herself by locking the emotion away. Of course, she'd missed an important detail.
Several
, really, since she'd allowed herself to become deeply involved with a man who felt nothing for her. He would pay. She would make sure of it.

“How's my dad?” Though she was loathe to ask the question—the man had, after all, hidden a brother from her all of these years—Emerson was her father, and there was still a part of her that cared for him.

At her question, Adeline's mouth screwed into an ugly scowl. “In the hospital. That dick, Marscomb, broke his jaw and half his teeth. Can you believe it?”

She most certainly could. From what she'd seen, David had swung with all his strength, and that would have been more than ample to do permanent damage to anyone's face.

“He wants to see you,” Addy said in a low voice, almost as if she was ashamed to say the words. “At Presbyterian.”

“I'll do it tomorrow.” Concerned for him as she might be, Charlotte was in no mood to deal with her father tonight. He was bound to be pissed as hell, both at Marscomb and at her for being so gullible. She was sure that, broken jaw or not, he'd have no problem chewing her out. The
last
thing she needed at this particular moment was to add insult to injury.