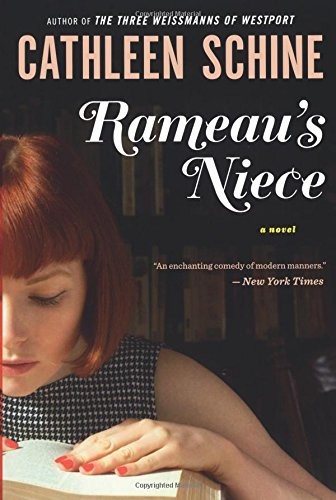 Behind their lives stood Edward's ...

Margaret spent the day at ...

Edward had no difficulties at ...

When Margaret had been very ...

Sometimes Margaret wondered at her ...

Margaret had been talking to ...

Margaret had eventually arranged another ...

At the airport, Margaret waited ...

Margaret sat at breakfast and ...

Margaret poured her coffee and ...

There was an unexpected message ...

Edward had gone out for ...

And how are the ivories ...

Edward adhered to his schedule ...

Margaret stood on the corner ...

To Margot Hentoff and Leon Tec

My ideas are my trollops.

T
HERE IS A
KIND
of egotism that shrinks the universe; and there was Edward's kind. It dominated the world not by limiting it, but by generous, almost profligate recognition of everything, like sunlight, illuminating whatever it touched, and touching whatever it could.

Margaret's husband was a wonder to her, a loud, handsome Englishman, a Jew from Oxford with gray hair that stuck up in tufts, like an East European poet's, an egotist whose egotism was of such astonishing proportions that he thought the rest of the world quite marvelous simply because it was there with him.

Margaret Nathan was herself a person of no mean ego, although she knew her own egotism shone less like the sun than like a battery-operated flashlight, swinging this way and that way, lighting short narrow paths through the oppressive darkness of other people. Margaret was a demanding person, hard on herself, certainly; harder by far on everyone else.

But turning her restless beam toward Edward, she could find nothing there to be hard about. As to Margaret's demanding nature, she felt immediately that here was a safe haven for it. Edward seemed to demand demands, so that he might have the joy of satisfying them.

Margaret marveled at her husband, awed that he had come to be hers at all. They met in New York when he was visiting an old friend of his and her boyfriend at the time, Al Birnbaum, a Marxist graduate student who spoke, in so far as he was able, like William F. Buckley. It occurred to Margaret that at some secret, buried level Al aspired not to change the world, not really, but to present the opposing view on "Firing Line"—to costar. She could envision him quite clearly: slumped, languorous and slack, in one of those low-backed chairs, right beside Bill, his own head rolling back on its own pale neck, the evil twin of the evil twin.

She took one look at his friend Edward, who was looking rather closely at her, and she saw that he was looking at her in that way that suggested that his old friend was not, after all,
such
an old friend. And she looked back at him in a way that she hoped said, Nor of mine.

"Why, you must come with me, of course," he said when he heard she was writing her thesis about an eighteenth-century female philosophe. He took her hand in both of his. "What a wonderful idea. We'll visit her château. Did she have a château? Surely the woman had a château! I was planning to go in the autumn, through France to the Alps, into Italy. A long and leisurely trip across Europe by car. We'll stop at Venice. Then we'll turn around and come back. Will you come with me? Of course you will. Oh God, what luck."

They were joking, playing around in front of the Boyfriend. But the Boyfriend wasn't paying much attention (he was sick of Margaret, who had become increasingly unpleasant, subscribing to
Dissent
and reading long, liberal anticommunist articles aloud to him); and Margaret and Edward, fooling and flirting in that self-conscious and ostentatious way one employs when one is indeed joking or when one is wholly in earnest, made a mock promise to meet the next night (ha ha ha, went the chorus), which they both breathlessly kept.

Madame de Montigny's château had long ago turned to dust, but Edward Ehrenwerth did take Margaret on a trip across Europe that fall just the same. They drove in a gentle, gray mist from London to the ferry, where Edward then had a long and apparently satisfying chat with one of the crewmen about model trains, then on to their first stop, a renovated farmhouse in a village just north of Paris, belonging to some friends of Edward's. Jean-Claude and Juliette, two exquisitely thin persons in identical, droopy black cashmere sweaters, were French academics who studied and taught American literature: he specialized in neo-Gothic romances written by former housewives, she in slim, laconic novels of a style she referred to as
minimalisme.
They pored over paperbacks and called them texts.

"You don't mind that these books are, you know, shitty?" Margaret asked after several glasses of the wine that had been brought ceremoniously from a cool cellar.

"But on the contrary, American culture, this is its vitality, life's blood, this"—
thees
is what he actually said—"aah, how shall I say it, this, this—"

"And you know, such judgment," Juliette interrupted, "such criticism is so patriarchal, so very, very logocentric."

"Margaret, Margaret, literature is, is what?" cried Jean-Claude. "The acquisition and distribution of cultural capital!" Jean-Claude, having warmed noticeably to both the wine and to his subject, slapped Margaret heartily on the back. "Good? Bad? Pooh! The project of the Enlightenment is dead! Invert the hierarchy of judgment!" He raised his glass and laughed. "Long live the liberation of the signifier!"

"Well," said Edward, after joining the toast, "the wine is awfully good. Thank God, my dears, you haven't inverted that particular hierarchy."

"Ah, well, the wine," said both the host and hostess, grinning with pride, shrugging in their lovely, loose sweaters. "The wine—of course."

In honor of the visiting American, Juliette had adapted her cuisine, making hamburgers. Then Edward and Margaret retired to the guest room, which was the entire top floor of the house, a beautiful room, and when she saw it, Margaret thought, with some envy, Ah, the French, so much taste, so little brain, for the room was decorated in the most luxurious velvets and brocades and tasseled cabbage-rose drapes and a Herman Miller sofa and butterfly chairs and original Eames and Knoll pieces, a marvelous, elegant, witty combination, a happy marriage of
minimalisme
and Gothic romance.

Outside, the wind howled, rattling the shutters. Margaret sank her head into the square feather pillows and listened. Creak creak. Clunk clunk. "Is this the attic?" she said. "Are we in the attic?"

"Did you see the door of their refrigerator?" Margaret said. Juliette and Jean-Claude had proudly shown them the refrigerator, a high-tech, extremely wide, remarkably shallow apparatus behind a door of elaborately carved wood.

"Yes," Edward said. "Theirs is a very pure and cerebral socialism."

Margaret picked up a paperback from the bedside table. The cover showed a dark-haired (raven-haired, she corrected herself) woman, her head thrown back, and beside her a beautiful black woman, head thrown back too, both of whom seemed to be bound, in an indistinct way (perhaps they were just sort of tangled) on a dock. The book was called
Desire's Dominion.

"Well, they're very considerate, your friends, aren't they?" She lay back, closed her eyes, and listened to the wind outside. "Do you like France, Edward?"

Edward leaned down and whispered, "'Thanks to the human heart by which we live, thanks to its tenderness, its joys, and fears, to me the meanest flower that blows can give thoughts that do often lie too deep for tears.'"

"To whom is that addressed?" she asked. "Who is the meanest flower that blows? Me or France?"

"Neither. It's my manifesto. Neither of you is in any way mean. I just like Wordsworth. And you. And France."

"How very un-British of you."

But Edward had spent most of his childhood summers in France. It was where he'd met Jean-Claude, on one of those summer holidays. Margaret thought of Jean-Claude and Edward, skinny boys in skimpy but still baggy bathing trunks, digging among the rocks on the Normandy shore. She thought of the "Immortality" ode. Now, whenever she thought of Jean-Claude, she would think of Wordsworth's lines, she would remember a boy she never met, until he'd become a considerate, fatuous post-modern man, on a beach she'd never seen, and tears would come to her eyes. How annoying; to be so vulnerable to poetry, to Edward.

"Did you ever see
Splendor in the Grass?
" she said, as some kind of revenge. "
That
was a post-Gothic romance."

Before that trip, Margaret never drank, not even wine; and she rarely drank after it. But during those weeks, she was quite thoroughly drunk every day.

The sun came up each morning to find her snoring in the starched white sheets of some plump little pension bed. No, she thought, when Edward tried to wake her. No, you see, I've moved in, I'm quite settled here and cannot be shifted, not ever, certainly not by you, Edward, whoever you are. And through half-open eyes she watched him get dressed, marveling at how the British could have conquered the world with such skinny, sunken chests.

"Maybe you should wear tight pants tucked into boots, you know?" she said. "Like Mick Jagger."

Driving through the Rhone valley, passing a party-cake castle in the distance, rushing to make a reservation at a four-star restaurant, still hours away, Margaret leaned her forehead against the cool glass of the window and thought, This is the last phase of my long, long childhood. This is the last time I will sit in a car, still drunk from lunch, staring at fairy castles while someone else drives and worries and frets and checks the road map and the odometer. It's the first time, too, but I know what I mean.

Theory of Remainders by Carpenter, Scott Dominic
Takeover by Lisa Black
And It Arose from the Deepest Black (John Black Book 2) by Keith Soares
Badge of Honor by Carol Steward
Between a Bear and a Hard Place (Alpha Werebear Romance) by Red, Lynn
At the Villa Rose by AEW Mason
The Maggie Murders by Lomas, J P
Tucker's Countryside by George Selden
Hollywood Stardust Supporting Roles - Wilson and Giselle by Kim Carmichael
The Master of Muscigny (The First Admiral Series Book 5) by William J. Benning
Our partner