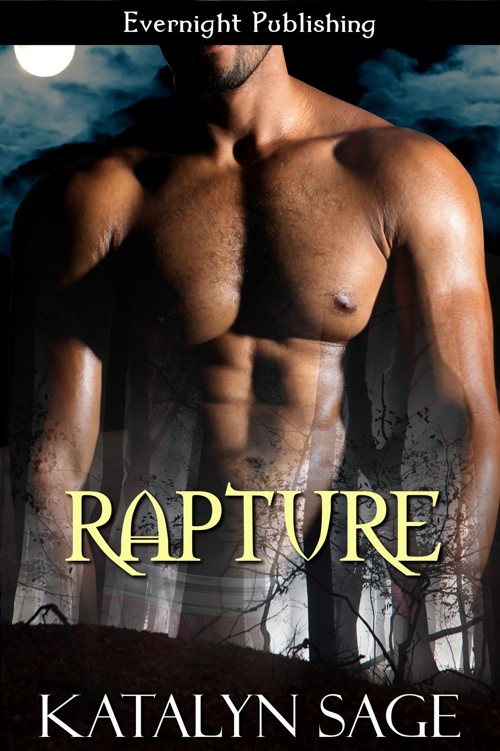 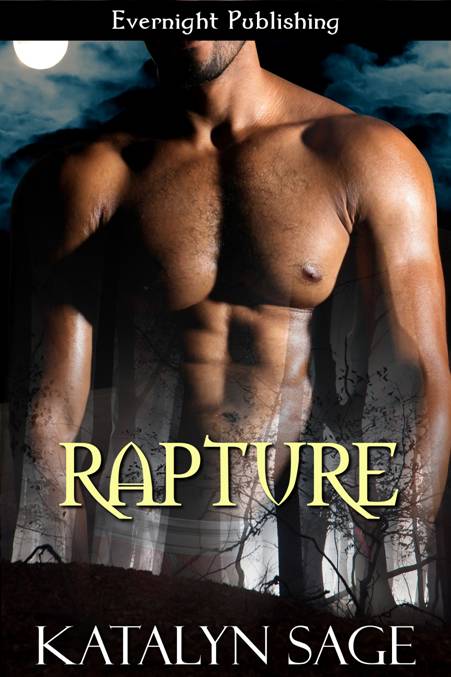 WARNING: The unauthorized reproduction or distribution of
this copyrighted work is illegal.

No
part of this book may be used or reproduced electronically or in print without
written permission, except in the case of brief quotations embodied in reviews.

This is a work of fiction. All names, characters, and
places are fictitious. Any resemblance to actual events, locales,
organizations, or persons, living or dead, is entirely coincidental.

To Mom. I couldn't have asked for a more supportive mom, or a
better friend. I miss you every day and wish that I could have one more chance
to give you a hug. I love you.

“Exactly how long have you
known?”

Raine bit the inside of her
cheek as she stood face-to-face with Damion. Gregory lay dead on the ground
near his feet, and she’d barely gotten Gregory’s nephew,
, out of the kitchen—hopefully without
Damion noticing him.

The vampire still wore
Ferox’s clothes, though he was even now trying to keep up the façade. His hands
were gloved in black leather, and in one hand he held a large black bag.

“What do you think you’re
doing?” she growled.

He looked surprised, peering
down at the plastic bag he held. “Good help really is hard to come by these
days,” he said. “You’d think I wouldn’t have to clean this up myself.”

Raine stepped to the side,
barely glancing at the block of knives that sat on the counter near the stove.

Damion saw her, his eyes
narrowing as a flash of red sparked within them. “Don’t move another muscle.”

She stopped, folding her arms
as she looked at the bastard she’d mistaken as her mate for the past weeks. How
she could have ever thought he was her vampire, she didn’t know. “Why did you
do it? Why kill Gregory?”

“He got in my way.” He
shrugged. “He found out about me. Planned to tell the others. In hindsight, it
didn’t matter anyway, did it?”

“No.” The vampire didn’t look
like he could care less that he’d killed her friend.

“So tell me, how long have you
known?”

“Does it really matter?” she
asked, stepping toward the counter and leaning against it. She slowly pulled
the drawer open and reached inside, silently extracting a kitchen knife.

“Fine,” she said, bringing
the knife up and hurling it at him. She didn’t wait for it to hit him before
she took off, rounding the island and shoving her way through the door. The
answering growl behind her alerted her that the knife struck true. She didn’t
stop though, didn’t even slow as she raced through the foyer and entered the
library, hurtling herself over furniture. There were weapons hidden behind some
of the books. If she could just reach one—

She didn’t quite reach the
bookcase. Damion tackled her to the ground, flipping her over and pinning her
by shoving his forearm against her neck. She made a choking sound as she kicked
and fought.

He growled each time she made
a connection. She didn’t care what kind as long as it hurt him. Damion shifted,
probably trying to get a better hold on her, but it gave her enough room to
kick with her leg. Bingo, she’d just socked his crotch. He made a squeaking
sound, and she shoved him off of her. She stood, eyeing the bastard as he lay
crumpled on the floor. He was between her and the weapons, but getting any closer
to him would be a big mistake. Trying to run for other blades would prove even
worse.

Damion stood slowly, holding
a hand up as he gripped himself. “Fuck,” he sputtered, turning an angry glare
on her. “You’re going to pay for that.”

Her heart sank, though she’d
known that he'd pay her back tenfold. She was ready for the fight, and she
would cause as much damage to the bastard as she could.

The front door crashed open,
and she turned, seeing Ferox freeze at the sight of Damion. Breath sawed in and
out of him as his hands fisted and unfisted over and over again. He roared,
showing his fangs descend in his mouth.

Raine turned again, seeing
surprise and horror cross Damion’s face. Oh yes, he’d most definitely thought
Ferox was dead. He faced her, gripping her forearm. “How in the fu—”

Ferox was beside them in that
very instant. He took ahold of Damion and shoved him away, breaking his grip on
her.

Raine stood just behind
Ferox, looking over her male’s shoulder at the one who had caused nothing but
pain for her and her family. She didn’t know what Ferox would do, but she could
feel that unyielding rage that was in him.

She hoped the male she’d
known and loved more than half her life would come back to her then—that he’d
recall their time together and all of their struggles with his twin—and that
he’d kill Damion once and for all.

Because if he didn’t, she’d
take matters into her own hands.

Draven
stood in the entryway of the Guardians’ mansion with his brothers, every bit as
stupefied as the rest of them. Damion and Ferox stood nose-to-nose, with Raine
standing aside. From his vantage point, he couldn’t tell the difference between
the two males. His uncle had always had a scar running down the right side of
his face, but his father had acquired one as well only a few weeks before in a
battle that should have rendered Damion … well,
dead
. And they’d all thought the bastard dead, until now.

One
of them flicked his gaze at him and the others before glaring at his twin again.
Draven stepped toward them, and the man tensed, his lips peeling from his
fangs.

“Ferox,
no,” Raine said, placing her hand on his forearm.

The
other male grabbed her wrist and wrenched her away. He’d barely moved her
before Ferox barreled into him, fists and fangs flying. Draven moved, the
others following close behind. He reached the two men, gripping the shoulders
of one of them as he pulled backward. Blaze jumped in to help him as Raider and
Ethan jerked on the other vampire. Finally the feuding males separated, and
Draven stood between them, whipping his head back and forth as he took in the
sight of the two of them. Both were feral, with their fangs bared and their
brows narrowed. While one’s face was scarred, the other was smooth. Free of
imperfections. He turned toward that one fully, knowing that Ethan and Raider
held the other—Damion—in their grasps. Holy gods, his father wasn’t marred at
all. He didn’t have any of the scarring he’d sported over the last few weeks.
Which meant….

Damion.
The bastard had been here the entire time. He took a single step toward Ferox,
and his father growled low in his chest.

His
eyes widened for a split second before he recovered, returning to his scowl.
There was something more to it though, a hint of confusion behind that feral
stare.

Raine
approached them, stepping around Blaze so she could face him. “Ferox,” she said
gently, the way one would when trying to calm a frightened child. He didn’t
look at her at first, but he slowly, hesitantly, turned his head toward her,
flicking his gaze at her at the last second. “That’s Draven. Your son.”

Ice
prickled down Draven’s back as his father focused on him again. Why had she
said it that way? Of course he would know he was his son.

He
opened his mouth to say something, but couldn’t find the words. It was Raine
who spoke again, breaking the silence that had spread through the room. Well,
the silence other than the racket Damion was making. She faced Draven. “Your
father has no memory of any of us. He doesn’t remember that I’m his mate, and
he doesn’t know you’re his son.”

Ignoring
Damion’s quiet laughter, Draven glanced at Ethan from over his shoulder. Ethan
looked at a loss as well, as did Raider, Nitro, Ash, Garrick, and Blaze.

“Do
you really believe that?” Damion laughed. “How ridiculous. I’m Ferox,
that
is Damion—”

“Oh,
shove it up your ass,” Raine said, turning her fury on him. “You’ve played us
long enough. You know damn well I know who you really are.”

Damion’s
laughter stopped, though his smile never faltered. “You are so right, my dear.
Tricking you all into believing I was my brother has certainly been a highlight
the last few weeks. Though it wasn’t nearly as fun as it was to play the part
for
you
,” he said directly to her.
“What do you say, do you want another fuck for good time’s sake?”

Draven
bellowed at the same time as Ferox and spun around. He charged the bastard just
as Ethan and Raider let loose of their grips in surprise. He was on his uncle
within a second, his fists slamming into his face. Damion’s fangs caught him a
few times, but he didn’t care. No one—
no
one
—talked to his mother that way. Damion laughed through the punches as he
tried to kick Draven off of him. He’d succeeded in rolling them over, so Draven
lay on the ground, still punching. Moving quickly, Damion whipped something out
of his pocket. Draven’s hand shot out to stop the movement, but he was a split
second too late.