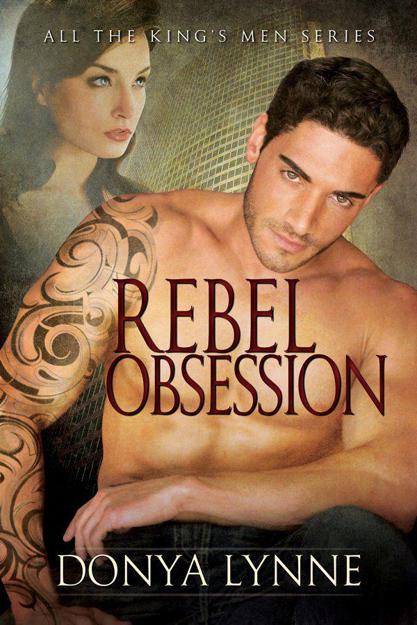 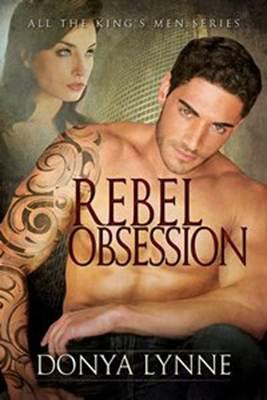 All the King’s Men

or by email:
[email protected]

All rights reserved. No part of this publication may be reproduced or transmitted in any form or by any means, electronic or mechanical, including photocopying, recording, or any information storage and retrieval system, without permission in writing from the publisher or author. Requests for permission to copy part of this work for use in an educational environment may be directed to the author.

This book is a work of fiction. References to historical events, real people, or real locales are used fictitiously. Other names, characters, places, and incidents are the product of the author’s imagination, and any resemblance to actual events or persons or locales, living or dead, is entirely coincidental.

To you. You’re a tough one. I didn’t think we could make readers like you, but you proved me wrong.

First, a special acknowledgement goes to Zach Tesar, my cover model, and Joem Bayawa Photography in Chicago. Joem took the fabulous shot of Zach that appears on the cover of Rebel Obsession. Both Zach and Joem are talented, wonderful people I’ve gotten to know through the course of writing Rebel, and I am so thankful they granted me permission to use Zach’s picture. He made the perfect Io, and the photo represented Io’s personality impeccably. I hope we get to work together again on another project. Many blessings to both of you.

Thank you to all who have joined me on this journey. Each book brings new readers, and I’m grateful for each and every one. I want to issue a special shout-out to my fans in Italy who continue to push for an Italian publisher to print these books in Italian. I hope you’ll be pleased to learn that I’m trying to learn Italian so I can better speak to all of you.

To my beta readers goes my gratitude in helping me to make these books better than even I thought they could be. The feedback you gave me for Rebel helped me to find Miriam’s voice, and guided me to make the story and characters stronger. I love the discussions I have with each of you. You truly are what make these stories as good as they are.

And finally, thank you to Laura, my editor, and Carla, my assistant, for keeping me on course and finding new ways to reach new readers.

“Hi, my name is Io, and I’m a cobalt addict. Welcome to our first meeting.”

Six new faces sat around Io in a circle. One particularly scrawny male squinted and blinked as if his eyes hurt.

“Is everyone comfortable?” Io gestured toward the light dimmer. Cobalt detox was hell on the eyes. “Should I turn down the lights?” He nodded for effect, receiving a couple of polite nods in return.

He had a shy bunch this time around.

The meeting room inside the AKM facility was small, and in a jiffy Io had dimmed the lights and was back with the group. Each of them wore a similar visage, all in various states of shame. Io had seen faces like theirs over and over in these meetings. Hell, he had
been
one of those faces.

A year ago, he had dragged himself into his commander’s office, head bowed, disgusted with himself.
Tristan, I need help.
Four simple words, but Io had never found it more difficult to speak than he had in Tristan’s office that day.

Had it really been only a year ago that he had confessed he was an addict and admitted himself into the drug treatment program? Now he served as one of AKM’s drug counselors, leading a group twice a week to help other recovering addicts as they fought through withdrawal worse than anything humans could imagine.

Tonight was the first meeting for this group. These six vampires were fresh out of a month-long detox, but they still had a long journey before they could consider themselves recovered and in remission, because cobalt wasn’t just an addiction. It was an affliction.

“I’m an enforcer here at AKM, but obviously, not even enforcers are immune to cobalt.” He held out his arms, presenting himself.

For recovering addicts, hearing his tale gave them hope and made them feel less ashamed. If an enforcer, whose job it was to battle the drecks who manufactured and sold cobalt—or
blue
as some called it—could become addicted to the drug, then maybe they weren’t the total losers they thought they were. The sentiment was painted all over their faces, just as it was over every face that passed through the door to participate in one of these sessions. Each one of them carried an incredible amount of humiliation and guilt for being an addict, and it was Io’s job to show them they didn’t have to shoulder that burden. Not anymore. As a member of AKM’s rehab team, he was committed to making sure as few people as possible went through what he had. If only he could get someone higher up to listen to his ideas to proactively seek out the true origins of the drug.

AKM stood for All the King’s Men, an agency set up to police the drecks and maintain the tenuous truce established between the two races centuries before. Drecks historically resented the strength and stronger genes of the vampires, which had led to several wars as they tried to rise up and overtake the vampires. This was why Io didn’t trust for one second that the drecks were blithely sitting by, not trying to find a way to rise up against them again. Cobalt gave them the perfect means to do so.

Io couldn’t deny the irony. This was the king’s agency, set up after the last truce had been agreed upon so that the king could keep an eye on the drecks. Rightfully so, he didn’t trust them and feared they would attempt another uprising, despite the peace agreement. And yet, King Bain refused to see the threat cobalt presented, even when the danger and evidence were right under his nose, hitting him at home.

Io’s mind flashed to Princess Miriam. Two weeks ago, she had been brought in to AKM, suffering from an overdose. Her first, or so the report had said, but who really knew? He hadn’t known she was the king’s daughter. Not at first. Not until later, after she had already burned a place in his heart, had he found out that the most beautiful female he’d ever seen was the one female he could never have. Never touch. Never see again. The short time they’d spent together was all they would ever get unless he found a way to steal time with her again. Fat chance of that happening with all the rules the king had instituted to keep Miriam sheltered.