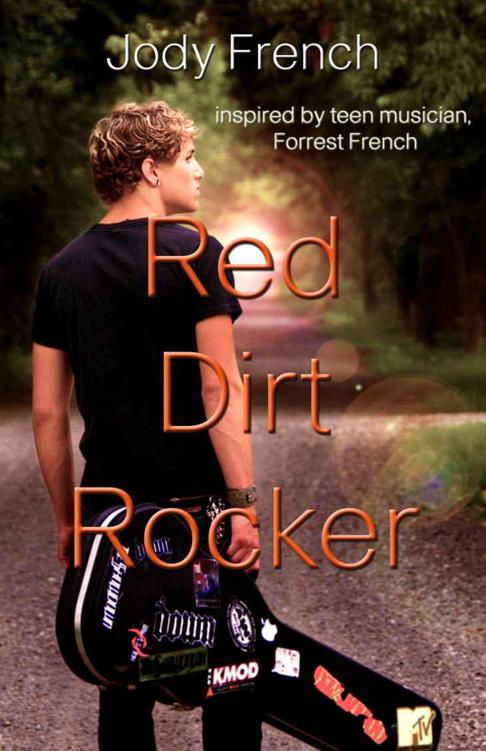 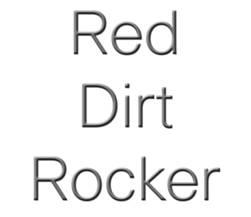 A Division of
Neverland
Publishing Company

This book is a novel and contains fictitious elements. Some names, characters, places, and incidents either are products of the author’s imagination or are used fictitiously. Some events and names relating to actual locales or persons, living or dead, either are fictitious or are used by permission.

All rights reserved, including the right of reproduction in whole or in part in any form

You came last but not least, my blue eyed son,

Leaving your mark with the songs that you’ve sung

With a rambunctious scream, or a soft church whisper,

Honor and faith lead your steps that are so sure

With golden spun curls, a cherub on Earth,

God sent us an angel the day of your birth

Of the stars in the night, you’re the brightest one…

My lion, my lamb, my blue eyed son

From “My Children’s Eyes” by Jody French

For my beautiful children, Jessica, Skylar and Forrest

You are the music in my life~~

I
t was a cheery Friday afternoon at Coweta Central Elementary.
The first, second, and third graders filed into the musty gym that smelled like lunch.
The school was hosting the student talent show, and excitement filled the macaroni and cheese and cinnamon roll scented air. High-pitched chatter bounced off the old stone walls of the gymnasium and mingled with the shrill voice of the music teacher, Mrs. Hall, as she commanded the students to quiet down, sit still, and to put their hands in proper places.

Tutus, tap shoes and trumpets punctuated the bleachers. A very pretty, petite girl sat straight, with a sparkling tiara nestled in her golden, spiral curls. Most of the students didn’t think that being a beauty queen should be considered a talent, but
Heather had been crowned "Little Miss Fall Festival" in October, and wanted to show off her fancy dress and ornate crown. Her planned performance was minimal, though. Little Miss Fall Festival would be demonstrating how to perform the perfect pageant wave.

Principle
Shrievport's
strong voice came across the static of the P.A. system.
Ksssshhh
"Attention, Tiger Cubs. Today is a very special day for our elementary students. Some of you will be showcasing your talents. Let's all stand and recite our Tiger Cub Creed before we begin.”

Forrest, a second grader in Mrs. Phillips’ class, was especially excited about the show. He was going to get to play his electric guitar for the first time in front of his friends. Forrest stood with a serious face and puffed his chest out with pride. The sweet, innocent voices of the elementary school munchkins began in unison,

"We are students at Central Elementary and this is our pledge:

We will not use the words, 'I cannot do it.'

We are each a bright possibility.

We will handle the day with positivity.

We are Tiger Cubs at Central Elementary!"

The children finished with a rambunctious roar.
They were brought back to order, and seated by Mrs. Hall as she announced her welcome to the parents.

The first act up was a first grader, Bobby Jackson. He wore a grey, flat-top hat and plaid knickers that made him look like Oliver Twist. Bobby sang, quite off key, "Just a Spoonful of Sugar," from the movie
Mary Poppins
. Some of the children snickered as they squirmed on the dusty gym floor, not at all impressed by his squeaky vocals. Mrs. Hall encouraged the scattered applause as she commended Bobby on a job well done.

"Next we have Forrest French, who will be playing his little guitar for us," Mrs. Hall announced, in a slightly patronizing tone.

Forrest climbed down the bleachers, propelling himself off of the last two steps. His heart was beating fast, not because he was scared—his heart always seemed to beat fast when he played his guitar. He grabbed his brand new, maple finish Gibson from a stand near the stage and hopped up onto the platform, not showing the least amount of nervousness. Forrest’s blonde hair was spiked into a spunky Mohawk, and his smile revealed the empty space where his two front teeth had been just one week before.

The student body continued to fidget as Forrest plugged in his amp. Static sputtered once again from the P.A. system. As Mr.
Shrievport
yawned, the mini-musician unleashed his metal fury. The young crowd jumped, along with Principle
Shrievport
, as Forrest began to play, note for note, solos and all, Metallica's "Enter Sandman." His little fingers moved fluently over the strings as he bobbed his head to the rhythm of the driving tune. The students' mouths dropped open and they began to whisper and shake their heads in approval of the mysterious heavy metal riffs. The faculty and parents also watched and listened in shock. Forrest plucked the last note that rang out in a long, perfectly toned whine, and then faded.

You could have heard a pin drop for a few seconds, and then wild cheers and applause began. Forrest exposed his toothless grin and flashed the rock sign to his new found fans. It was exhilarating. Forrest's mother, Lilly, who was also his roadie for the day, wore a wide, that’s-my-baby, smile.

Mrs. Hall stepped back to the
mic
, but was almost unable to speak. She adjusted the collar of her turtleneck as though it had suddenly gotten warmer in the gym, cleared her throat, and nervously continued. The microphone squealed loudly. Mrs. Hall looked like a chicken pecking grain as she bobbled her head back and forth until the
mic
finally behaved.

“Uh-
um.Thank
you very much, Forrest.
That was
incredible
…a-a-mazing!” she stuttered. Mrs. Hall regained her composure and announced the next contestant. "Okay, now, let's move on. Our next act is Little Miss Fall Festival, Heather Stevens. Heather will be demonstrating the art of being a beauty queen.” Several short critics throughout the audience moaned in disappointment. Forrest was a tough act to follow, but Heather glowed with confidence and poise. She twirled in her frilly frock, showing off her sparkling rhinestone crown and exposing her perfectly starched, ruffled pantaloons beneath her dress.

Heather demonstrated how beauty queens should wave in a parade as Forrest replaced his electric guitar into its stand. Before he could get seated under the basketball goal on the floor, a wrinkly scrap of notebook paper and a broken purple crayon were passed over to him by a fellow first grader, who looked up at him with a carbon copy toothless smile, and asked the young musician to sign his very first autograph!