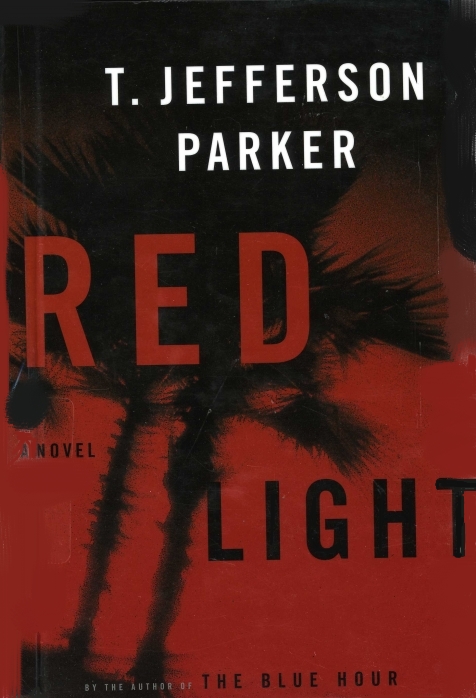 It's two years after the death of Tim Hess,
her partner and the father of her child, and Merci is working hard to do her
job, take care of her son, and hold it all together. In this suspenseful,
emotionally charged sequel to
The Blue Hour,
Merci faces a challenge
that makes her question everything she has taken for granted.

You
might not have liked Aubrey Whittaker. She acted superior. She walked as if she
were the most beautiful woman on Earth, which she wasn't. She didn't say very
much. She was tall but wore heels anyway, and if she finally did say something,
you felt like a driver getting a ticket. Her eyes were blue and infinitely
disappointed in you. She was nineteen.

She
let him come to her place again that night, something that had only happened
once before. Strictly against policy. But he was different than the rest,
different in ways that mattered. In her life she had learned to read men, who
were as easy to understand as street signs: Caution, Yield, Stop. But did you
ever really know one?

Aubrey
had chosen a small black dress, hose with a seam up the back, heels with ankle
straps and a string of pearls. No wig, just her regular hair, which was blond
and cut short, sticking up like a boy's. The lipstick was apple red.

She
made him dinner. She could only cook one thing well, so she cooked it. And a
salad, rolls from the bakery, a pot of the good French roast coffee he liked, a
dessert. Flowers in a squat round crystal vase that had cost a lot of money.
They sat across from each other at the small table.

Aubrey gave D.C. the seat
with the view of the Pacific. "D.C." was the abbreviation for Dark
Cloud, the nickname she'd invented to capture his pessimism about human nature.
It was an ironic nickname, too, because D.C. wasn't dark to look at, but light,
with a broad, tanned face, a neat mustache, sharp eyes and a chunk of heavy
blond hair that fell over his forehead like a schoolboy's. He was quick to
smile, although it was usually a nervous smile. He was taller than her by a
good three inches and strong as a horse, she could tell. He told stupid jokes.

She
told him he could hang his gun on the chair, but he left it holstered tight
against his left side, farther around his back than in the movies, the handle
pointing out. Whatever, she thought. The idea of safety pleased her, made her
feel compliant in a genuine way. Aubrey Whittaker rarely allowed herself a
genuine feeling, couldn't always tell them from the ones she portrayed.

They
talked. His eyes rarely strayed from her face, and they were always eager to
get back. Hungry eyes. When dinner was over he sat there a moment, wiping the
silverware with his napkin. He was fastidious. Then he left, at exactly the
time he'd told her he'd leave. Off to see a man about a dog, he said. Another
little joke of theirs.

At
the door she put her arms around him and hugged him lightly, setting her chin
against the top of his shoulder, leaning her head against his ear for just a
moment. She could feel the tension coming off him like heat off a highway. She
thought the kind of guy she wanted would be a lot like D.C. Then she
straightened and smiled and shut the door behind him. It was only ten minutes
after ten.

She
flipped on the kitchen TV to an evangelist, put the dishes in the sink and ran
water over them. She watched a car roll out of the parking area below, brake
lights at the speed bump. It might have been D.C.'s big, serious four-door or
it might not have been.

Aubrey
felt warm inside, like all her blood had heated up a couple of degrees, like
she was just out of a hot bath or had just drank a big glass of red wine. She
shook her head and smile lines appeared at the edges of her apple-red lips.
It's just unbelievable, girl, she thought, what you've done with your life.
Nineteen going on a hundred. You finally find a guy you can halfway stand, he
trembles when you touch him through his clothes and you let him drive away.

Oh
that you would kiss me, with the kisses of your mouth!

Song
in the Bible.

I
sucked you off in a theater.

Song
on the radio.

Has
everything changed, or nothing?

She
rinsed the dishes, dried her hands and worked in some lotion. The fragrance was
of lavender. Through the window she saw the black ocean and the pale sand and
the white rush where the water broadened onto the beach then receded.

In the middle of the
living room Aubrey stood and looked out at the water and the night. Thinking of
the different shades of black, she pried off her high heels, then got down on
all fours. Balance. She could smell the lavender. From there she was eye level
to the arm of the black leather sofa.

Tentatively she
placed her left hand out. Tentatively she raised her right knee and slid it
forward. Then the hard part, the transfer of weight to her other hand and the
moment of peril as the left knee came up to support her.

She
wavered just a little, but when her left leg settled beneath her she was okay
and very focused because she had to repeat the whole complex procedure again.
Her doctor friend, the shrink, had advised her to do this. She had never
learned. She had walked at eleven months.

Her
doctor friend had said that for an adult to develop fully, to form certain
concepts, especially mathematical ones, she needed to know how to crawl.

Then
she heard the knock at the door. A flash of embarrassment went through her as
she realized what she was: a six-foot woman in a short black dress crawling
across her living room through the scent of lavender.

She
sprang up and walked over. "Who's there?"

It
was a little hard to hear, with all the cars roaring by on Coast Highway.

She
flipped the outside light switch and looked through the peephole. The bug bulb
must have finally burned out because all she saw was one corner of the
apartment building across the alley laced with Christmas lights, and the tiny
headlights out on Coast Highway, miniaturized in a fish-eye lens clouded with
moisture. She hadn't replaced that bulb in months. When she opened the door she
was smiling because she half expected his return, because she knew he was in
her control now. And because she was happy.

Then
her smile died from the inside out and she formed her last thought: No!.

"
O
ut of the way, please. Sheriff's
investigator. Come on now. Out."

Merci Rayborn ducked
under the ribbon and continued down the walk. Her heart was beating fast and
her senses were jacked up high, registering all at once the cars hissing along
Coast Highway to her left, waves breaking on the other side of the building,
the citizens murmuring behind her, the moon hanging low over the eastern hills,
the smell of ocean and exhaust, the night air cool against her cheeks, the walkway
slats bending under her duty boots. She figured a place like this, oceanfront
in San Clemente, would run you two grand a month and you still got termites in
your walkway and spiderwebs high in the porch corners.

Or
maybe you got worse.

Two patrolmen were
talking to two paramedics, all four of whom nodded and stepped aside. Merci
stopped short of the entryway alcove to 23 Wave Street and looked at the door.
It was open about two inches. It was painted a flat Cape Cod gray. The red
splatter a foot above the doorknob looked wet in the overhead light, a
yellow-tinted bulb so as not to draw insects.

"Sergeant,
the neighbor heard a disturbance, suspected something was wrong. He saw the
presumed blood. We
knocked, identified
ourselves, no response. The door was ajar. I proceeded inside, found the body
where it is right now, notified my partner. Together we searched the apartment
for any other possible victims. Negative. And for a perpetrator. Negative
again. I checked for vitals, and found the victim deceased. Then we called it
in, sealed it off."

"What
else did you do inside?”

"Nothing.
I closed the door to the same approximate position I found it in. Not using the
knob."

"Did
you touch any of the light switches?"

"Yes.
I forgot that. Forgot to tell you that."

"This
outdoor light, was it on when you got here?"

"Was
the door ajar when the neighbor first came down?"

"That
was his statement."

"Start
an Order of Entry Log, fill it in and fasten it to this wall somehow. Nobody
gets in but the coroners and Zamorra. Nobody."

The
paramedics were leaning against the walkway railing but stood up straight when
Merci turned to them. They were young and handsome and looked to Merci like TV
actors.

"We
went in, examined her and came back out," one offered. "We didn't
defib or try CPR. She was cold, blood already draining down, extremities in
early rigor. I turned on the lights just inside the door there, then turned
them off. Looks like gunshot."

Merci
looked at her watch: 11:40, Tuesday, December 11. She gloved up, then toed open
the door with her boot.

Muted
light shone from inside. Merci saw a kitchen, a small TV screen flickering, a
dining-room table with flowers, a sliding glass door beyond the table. But what
drew her attention lay just inside the arc of the door she now held open with
one elbow: a young woman in a black dress, arms thrown casually back like
someone deep in sleep, her face peaceful and unmarked and inclined slightly
toward the sliding glass door behind her. Her chest and stomach were still wet
with blood, which looked black in the weak light. The blackness had progressed
onto the pale carpet on both sides of her.