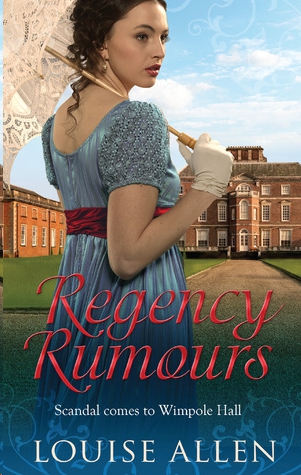 Married to a Stranger
‘Allen delivers a lovely, sweet story, demonstrating how strangers can build a relationship based on lost love. The gentle yet powerful emotions of a grieving brother are sure to touch readers, as will the budding romance between him and a shy but emotionally strong woman. Allen reaches into readers’ hearts.’
—RT Book Reviews

Seduced by the Scoundrel
‘Allen takes a shipwreck spying adventure with lots of sensuality and spins it into a page-turner. The strong characters and sexy relationship will definitely satisfy readers.’
—RT Book Reviews

Practical Widow to Passionate Mistress
‘With the first in her new trilogy, Allen hooks readers with her charming and well-portrayed characters, especially the secondary cast. You’ll cheer on the hero and the strong-willed heroine to the very end of this highly enjoyable and addictive read.’
—RT Book Reviews

‘I would give a year of my life for one night in your arms.’

His voice was muffled against her skin as she lifted her hand to touch his hair.

Isobel gasped. It was all her fantasies about Giles, all her wicked longings, offered to her to take. All she needed was the courage to reach out.

Almost as soon as he said it, she felt him hear his own words. The enchanted bubble that surrounded them shattered like thin glass. Giles’s body tensed under her hands, then he released her and stepped back.

‘I am sorry. I should never have spoken, never touched you.’ His face was tight with a kind of pain that his physical injuries had not caused. ‘I did not mean—Isobel, forgive me. I would not hurt you for the world.’

He turned on his heel and walked away without looking back, up the gallery and into the book room that led to the library.

She stared after him, still shaking a little from the intensity of that kiss, unable to speak.

LOUISE ALLEN
has been immersing herself in history, real and fictional, for as long as she can remember. She finds landscapes and places evoke powerful images of the past—Venice, Burgundy and the Greek islands are favourite atmospheric destinations. Louise lives on the North Norfolk coast, where she shares the cottage they have renovated with her husband. She spends her spare time gardening, researching family history or travelling in the UK and abroad in search of inspiration. Please visit Louise’s website—www.louiseallenregency.co.uk—for the latest news, or find her on Twitter @LouiseRegency and on Facebook.

Previous novels by the same author:

To be asked to write about a place I know well and love is a rare privilege and I did not have to think twice when it was suggested that I set a novel amongst the real inhabitants of Wimpole Hall, a magnificent National Trust property in Cambridgeshire.

Everything I read about the Yorke family, who lived at Wimpole at the beginning of the nineteenth century, convinced me they must have been delightful people and I knew my hero and heroine would relish their company, too. I hope you enjoy exploring Wimpole Hall and its lovely park alongside Isobel and Giles as they fall in love. It is a love that seems doomed, but then, as now, Wimpole Hall has a certain magic and things may not be as black as they seem!

T
HE CHAISE RATTLED
and lurched. It was an almost welcome distraction from the stream of bright and cheerful chatter Isobel’s maid had kept up ever since they left London. ‘It isn’t
exile
really, now is it, my lady? Your mama said you were going to rusticate in the country for your health.’

‘Dorothy, I know you mean to raise my spirits, but
exile
is precisely the word for it.’ Lady Isobel Jervis regarded the plump young woman with scarce-concealed exasperation. ‘To call it
rustication
is to draw a polite veil over the truth. Gentlemen rusticate when they have to escape from London to avoid their creditors.

‘I have been banished, in disgrace, and that is exile. If this was a sensation novel the fact that it is completely undeserved and unjust would cast a romantic glow over the situation. But this is not a novel.’ She
stared out through the drizzle at the gently undulating farmland rolling past the post-chaise window. In reality the injustice only increased her anger and misery.

She had taken refuge in the country once before, but that had been justified, essential and entirely her own doing. This, on the other hand, was none of those things.

‘That was the sign to Cambridge we’ve just passed,’ Dorothy observed brightly. She had been this infuriatingly jolly ever since the scandal broke. Isobel was convinced that she had not listened to a word she had said to her.

‘In that case we cannot be far from Wimpole Hall.’ Isobel removed her hands from under the fur-lined rug and took the carriage clock from its travelling case on the hook. ‘It is almost two o’clock. We left Berkeley Street at just before eight, spent an hour over luncheon and changing horses, so we have made good time.’

‘And the rain has eased,’ Dorothy said, bent on finding yet another reason for joy.

‘Indeed. We will arrive in daylight and in the dry.’ The chaise slowed, then swung in through imposing gateposts. From her seat on the left-hand side Isobel glimpsed the bulk of a large brick inn and a swinging sign. ‘The Hardwicke Arms—we are in the right place, at least.’

As they passed between the gateposts Isobel began to take more interest in the prospect from the window: it would be her home for the next two months.

The tree-dotted parkland rose gently on the left-hand side. She glimpsed a small stone building on the top of one low knoll, then, as the carriage swung round, the house came into view.

‘It
is
the largest house in the shire,’ Isobel pointed out. ‘I thought it might be a small palace from what Mama said, but it looks curiously welcoming, don’t you think? Quite like home at Bythorn Hall.’ It was no simple mansion, to be sure, but the red brick looked warm, despite the chill of the sodden February air.

The chaise drew up close to the double sweep of steps that led to the front door.
Too soon
. Isobel fought the sudden wave of panic. The Earl and Countess of Hardwicke had offered her shelter for the sake of their old friendship with her parents—Philip Yorke, the third earl, had met her father, the Earl of Bythorn, at Oxford—so they were hardly strangers, she told herself, even if she had not met them for several years.

‘Be on your best behaviour, Dorothy,’ she warned. ‘The earl has been appointed the first Lord Lieutenant of Ireland, so he will soon be the king’s representative.’

‘Foreign, that’s what Ireland is,’ the maid said with a sniff. ‘Don’t hold with it.’

‘It is part of the new United Kingdom,’ Isobel said repressively. ‘You enjoyed the celebrations at the beginning of the year, do not pretend that you did not! I must say I would like to see Dublin when the earl and countess move there in April, but they will have far more important things to worry about then than a house guest.’

In fact it was very kind of Lord Hardwicke and Elizabeth, his witty blue-stocking countess, to give sanctuary to their old friend’s disgraced daughter at such a critical juncture in their lives. It might suit the Jervises to put it about that Isobel was helping the countess with her preparations, but she was sure she would be more of a distraction than a help.

She had wanted to flee to her friend Jane Needham’s cheerful country manor in the depths of the Herefordshire countryside. It was remote, it was safe and it held warmth and love. But Mama had been adamant: if scandal forced her daughter to retreat from London, then she would do so, very ostentatiously, under the wing of a leading aristocratic family.

The doors opened, footmen came down the steps, and Dorothy began to gather up their scattered shawls
and reticules as Isobel tied her bonnet ribbons and strove for poise.

It was too late to back away now: the carriage door was opened, a footman offered his arm. Isobel put back her shoulders, told herself that the shivers running down her spine were due entirely to the February chill and walked up the steps with a smile on her lips.

‘My dear Isobel! The cold has put roses in your cheeks—let me kiss you.’ The entrance hall seemed full of people, but Lady Hardwicke’s warm voice was an instant tonic, lifting spirits and nerve. ‘What a perfectly ghastly day, yet you have made such good time!’

Caught before she could curtsy, Isobel returned the embrace wholeheartedly. ‘Thank you, ma’am. It was an uneventful journey, but it is a great relief to be here, I must confess.’

‘Now please do not
ma’am
me. Call me Cousin Elizabeth, for we are related, you know, although rather vaguely on your mother’s side, it is true. Come and greet my lord. You are old friends, I think.’

‘My lord.’ This time she did manage her curtsy to the slender man with the big dark eyes and earnest, intelligent face. Philip Yorke was in his mid-forties, she recalled, but his eager expression made him look younger.

‘Welcome to Wimpole, my dear Isobel.’ He caught her hands and smiled at her. ‘What a charming young woman you have grown into, to be sure. Is it really four years since I last saw you?’

‘Yes, sir. After Lucas…after Lord Needham’s funeral.’ As soon as she said it Isobel could have bitten her tongue. Her host’s face clouded with embarrassment at having reminded her of the death of her fiancé and she hurried into speech. ‘It is delightful to meet you again in happy circumstances—may I congratulate you upon your appointment to the lieutenancy?’

He smiled in acknowledgement of her tact. ‘Thank you, my dear. A great honour that I can only hope to be worthy of.’ Behind him one of the two men standing beside the butler shifted slightly. ‘You must allow me to introduce our other guests.’ The earl turned to motion them forwards. ‘Mr Soane, who is doing such fine work on the house for us, and Mr Harker, who is also an architect and who is assisting in some of Mr Soane’s schemes for improvements in the grounds. Gentlemen, Lady Isobel Jervis, the daughter of my old friend the Earl of Bythorn.’