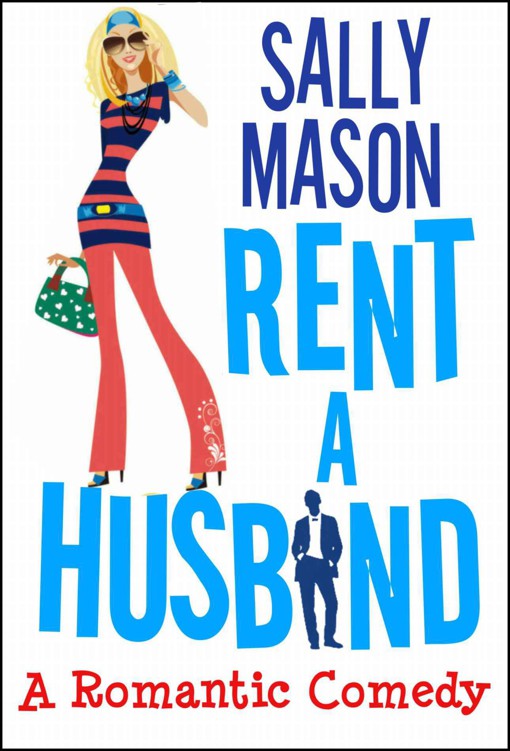 “Love is a game in which one always cheats.”

Glimpsing herself in the mirror at the Book & Bean, Darcy Pringle feels happier than she has in the year since . . .

No need to go there now and ruin her day.

Well,
girl
may be stretching things (she’s nudging thirty-six, after all) but—that all important
but
—she doesn’t look it.

She’s been away for a month, at a
very
exclusive spa being pampered and massaged and detoxed, spending her days sipping health drinks, trying not to gape at the
freakishly tall
supermodels tripping around, all skittish and
gawky
off the runway.

Yes, looking good, ready for the night that for the last decade has been the highlight of her year: the Spring Ball, a charity event sponsored by Darcy and Porter Pringle.

Once upon a time Mr. and Mrs. Pringle.

Darcy hums the little mantra to herself, taking a deep breath.

She will enjoy the Ball she has worked tirelessly to organize. True, it’ll be her first year going solo with no Porter to lean on, but she’ll do it.

Darcy smiles at herself, her good humor restored, pleased—again—at how rejuvenated she looks.

Then a face appears in the mirror beside hers.

A
very
young, very beautiful face framed by a froth of raven hair.

And a third face fills the looking glass, an all-too familiar one and Darcy stares at the tanned features of the man she woke up beside for a decade and a half.

When Poor Billy Bigelow tries to save Darcy Pringle he does what he always does: he blunders—snatches defeat from the jaws of victory, as his late father, a sour and unsightly man, would have said.

His father has gone to his reward, but he lives on at full volume in Poor Billy’s head.

Every town has a Billy Bigelow, a lightning rod for bad luck. In his mid-thirties, he’s never been called William (or even the more manly Bill), he’s always Poor Billy Bigelow, those three words like a little train of humiliation chugging through his life.

His bad driving was legendary, the whole town knew of the tragic events that unfolded that day when he was sixteen, the proud owner of a newly-minted driver’s license and took his mother and little sister Winona out for a drive.

But that, as they say, is another story.

Unloading a box of books from the rear of the station wagon, Billy saw Darcy Pringle crossing the main drag of Santa Sofia, a vision of loveliness in the buttery Californian light, even more beautiful now than when they were at high school together.

Raising a hand to wave at Darcy, Billy forgot that he was carrying the box, lost his grip and took a painful blow to the foot, paperbacks spilling onto the asphalt.

Fortunately Darcy, gliding into the bookstore, didn’t see him.

Kneeling, recovering the
scattered
books, Poor Billy watched as a gleaming new Mercedes slid effortlessly into the bay behind his car and tall, broad-shouldered Porter Pringle stood up out of it, still as athletic as when he was the high school’s star quarterback.

Porter opened the passenger door and guided a young woman out and Billy saw something that caused his jaw, and the books he had gathered, to drop.

By the time Poor Billy blinked, did a double-take, and then realized he really was seeing what he thought he’d seen, Porter and his new bride had disappeared into the bookstore, and Billy knew that the town
—still scandalized by Porter dumping his high school sweetheart for a trophy wife—
would soon be buzzing about how Darcy was confronted with this new bombshell in the most public and humiliating way.

How was Poor Billy Bigelow planning to rescue Darcy?

He didn’t know, but he knew he must do something.

Darcy turns from the mirror and looks up into the eyes of her ex-husband.

“You remember Paige,” he says, pointing toward Darcy’s replacement, the once-upon-a-time personal assistant (make that
very
personal) who is the new Mrs. Pringle.

“How could I forget?” Darcy says, knowing she has to take charge here.

“What a pleasure to see you, Darcy,” Paige says with an unconvincing smile.

“Yes, a wonderful surprise,” Darcy says. “Porter, I thought you were off counting your money in the Caymans or wherever?”

Porter shrugs. “Well, even though I don’t live up here any more, Santa Sofia is still my home town and I wanted to share the good news with all the old gang.”

“And we want you to be the first to know,” the child bride says, touching Darcy on the shoulder, and when Darcy looks down to assess the size of the rock on the ring finger she sees something that robs her of her breath: she’s sees a bump.

Not just any bump, a four-months-gone bump.

She’s staring at the girl’s midriff, and Porter—Port, darling, honey, lover man—lays a proud hand on the bump, lays a hand on the one thing that Darcy (accomplished, witty, smart, stylish Darcy) could never give him.

“I was going to come by the house and tell you . . .” Porter’s leading man smile not quite hiding his discomfort.

“Oh, well, what do they say about a picture being worth a thousand words?” Darcy says, feeling very much as if she has just stepped in front of a speeding bus.

By the time Poor Billy manhandles the box into the bookstore, managing to tread on the foot of an unfortunate woman who tries to dodge him in the doorway, he sees that Porter and his pregnant wife are already in conversation with Darcy who has dredged up a smile that resembles a grimace, and even from where he stands he can see that she is fighting to stay composed.

Then he sees Carlotta McCourt homing in on the action, her instinct for gossip as sharp as her tongue, and Billy knows that if he lets this continue Darcy’s oldest enemy’s finger will be burning up the touchpad of her iPhone with calls and texts about the humiliation of the woman she has loathed ever since she lost to her as home coming queen.

And lost Porter Pringle to her, too.

So, this tall, ungainly wannabe knight in shining armor sets off across the store, to do what he must.

When he sees the young baker’s assistant crossing his path with a tray filled with fresh cream cakes, Poor Billy knows this has the making of one of his famous moments, so he swivels away from the cakes, draws his hands up to his chest to keep them out of trouble and when he turns and trips over his own feet and stumbles, his hands are held at the perfect height to cup both of Darcy’s breasts.

But the tears are coming, and she feels a sob building in her throat when huge, clumsy Billy Bigelow—like a gift from above—suddenly appears in front of her, executing a spin and stumble that would have done a silent movie comedian proud and ends up breaking his fall by enfolding her breasts in his giant mitts.

Darcy’s sob becomes a laugh as Poor Billy jumps back like he’s been tasered and says, “Oh, God, I’m so sorry . . .”

And Darcy smiles at him and says in her best after dinner speaker voice, “Don’t be Billy, they have gone a little unappreciated lately.” Flicking her eyes over Porter, who has the good grace to smirk. “And I’m sure you’ll vouch that they’re real?”

Darcy says this with perfect timing as she snaps her gaze to the bitch Carlotta’s chest, her top cut low to display her esthetic surgeon’s finest work.

And on that note—an unexpectedly high note thanks to Poor Billy Bigelow—she turns and strides between the books to where her dearest friend Eric Royce has swanned into the coffee shop.

“Darling,” Eric says, kissing the air in the vicinity of her left cheek, “you look absolutely edible. You have to give me the lowdown on that spa.”

Eric, born Ernie Kaminski in the Bronx, affects the voice and manner of a camp Englishman from the thirties.

He draws out Darcy’s chair and seats her, whispering in her ear, “Is that the little cradle-snatchee I see over there?”

“Yes it is. Notice anything about her?”

He folds himself into a chair opposite Darcy. “Mnnnn, all those extensions must have left a Mexican village of Kojaks.”

“Look at her middle, Eric.”

He stares at Porter and Paige as they exit the store and holds a palm to his mouth.

“The bastard could have told you.”

“I know. Porter’s always been a coward.”

“I would use a shorter word.” He squeezes her fingers. “Anyway, darling, just think of those acres and acres of stretch marks.”

A waitress appears with menus but Eric waves them away. “Just a teeny little espresso for me.”

“Perrier and a slice of lemon, please,” Darcy says. She closes her eyes and sighs. “Tomorrow night is going to be a nightmare.”

“Relax, darling, I’ll be your plus one.”

“That’s just the problem, Eric. Porter will be escorting his young, beautiful and radiantly pregnant new bride to the Spring Ball and I’ll be on the arm of Santa Sofia’s gayest bachelor. No offense, sweetheart.”

Darcy’s Perrier has appeared and she takes a sip. “Where are all the damned single men, Eric?”

“In this town? The possessive wives have them shot as they exit the 101.”

Darcy laughs into her glass of water.

“Didn’t you meet anybody when you were away?” Eric asks.

“Yes, supermodels I could have smuggled out in my purse.”

“I take your point.”

“God, being a single woman in a town like this is so damned inconvenient. You know the other day I even had to call Rent-A-Husband?”

“Darling, you’re not about to reveal something sordid are you?” he says, leaning in to catch every word.

“Rent-A-Husband is a handyman, Eric. A chubby guy in his fifties, with a combover and bad breath.”

“He was very sweet and he sorted out my backed up drain.”

Eric stirs his coffee, looking out at the street, lost in thought.

Darcy says, “Am I boring you?”

‘No, Darce, you’re not. I think I have a teeny weensy little idea.”

“What you need is to arrive at the Ball tomorrow night on the arm of a handsome, successful man.”

“Stop talking yourself up, Eric.”

“Not me, silly. A
real
man, or at least what you girls would consider to be one.”

“You’re not telling me anything I don’t know, Eric.”

“And I think there’s a way to make it happen.
”

“This is my life, Eric, not one of your damned soaps.”

Eric is a successful creator of television shows, managing them by remote from Santa Sofia, two hours up the coast from smoggy of LA.

“That Rent-A-Husband thing has got me thinking,” he says.

“I’m not going to the Spring Ball with the plumber.”

“Darcy, there’s someone I know down in LA who would be perfect.”

“He’s the tall, terribly handsome scion of one of those ancient East Coast families.”

“And why would he be interested in attending a dance in this hick town with a divorcée on his arm?”

“Would you be interested in renting a husband, Darce?” She stares at him. “He’s a failed actor. He’s broke. He’d do it for the money.”

“Ow, Eric, I think that’s my self esteem you just stood in.”

“Darcy, it’s for one night. It’s a bit of play acting and it’ll give you a real boost. And think of how much easier it’ll be to stomach those two,” Eric says, nodding at the window.

Darcy’s eyes are drawn to Porter and his new wife crossing the road from the wine store, arm in arm, laughing as they approach the Mercedes.