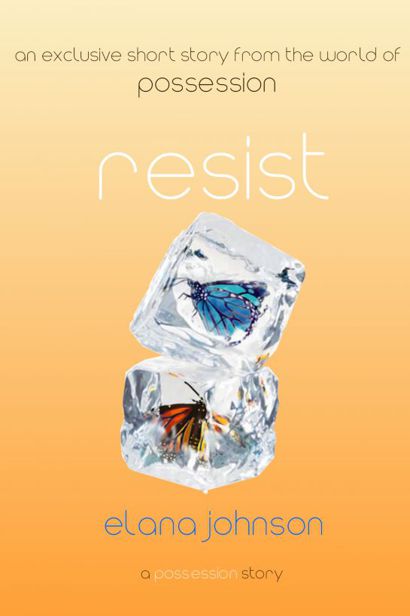 Go inside the Resistance
with this exclusive short story from Zenn! 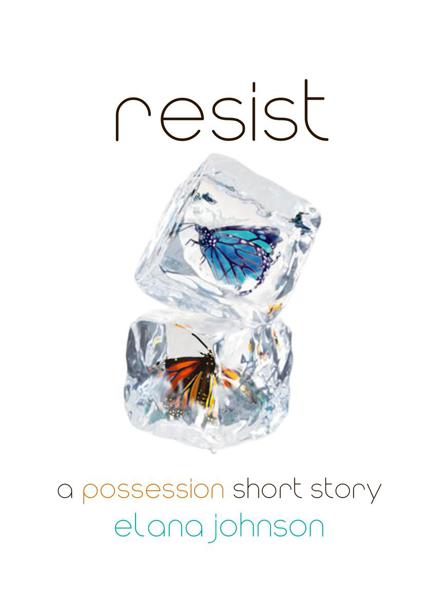 The city of Freedom lay a thousand miles to
the east, and teleporting such a great distance held the potential
for intense complications. I eyed the teleporters in front of me,
their indicator lights still dark, with a sense of
foreboding.

“
Blaze, you go first.” My
dad stood at the controls, adjusting a sensor. I watched from my
position next to Blaze Barque, a quiet discomfort growing in my
stomach.

But this mission was
necessary. Information created power, and we didn’t want the
Association to know how powerful the Resistance had grown here in
the west. Three prisoners had been taken from the Goodgrounds last
week, and we needed them back before they cracked.

Or were
killed
, I thought, but quickly pushed
away. No doubt the Director of Freedom would extract what he needed
and order their swift executions. Blaze and I needed to prevent
both.

“
Zenn, you’ll go second,”
Dad said without a trace of fear in his voice. I don’t know how he
did it. His government job in the teleportation department
benefited the Resistance greatly. But the risks he took every
day—and every night—had to weigh on him. He lived like they didn’t.
“The drop point has been set to an alley behind Rise
Eleven.”

Blaze nodded his
acknowledgement and tightened the straps on his backpack. He
carried the tech we’d need to cancel the incoming teleportation
signal that would bust us before we began. Freedom was no
lightweight when it came to security. The only way in or out
without breaching the tech barrier wall was by teleportation. And
that needed at least ten codes and special clearance from the
Director.

We had neither, which
meant that we didn’t have clearance to enter the capital of the
Association in the middle of the night. But that hardly mattered to
Jag Barque, Mr. Leader of the Resistance. My fingers fisted at the
thought of him. I glared at Blaze since I couldn’t laser-gaze at
his younger brother. They were both idiots. Blaze Barque had been
appointed Assistant Director of Seaside a month ago. He should be
nowhere near Freedom on this cold January night.

I could handle this
mission alone. I’d told Jag that. I’d argued that if Blaze got
caught, or recognized, or didn’t make it out alive—always a
possibility when entering enemy territory—that the entire
Resistance would be compromised. He was an
Assistant Director
, a position of
authority inside the Association. Someone who could gather
intelligence and keep the Resistance supplied with reliable
information. We didn’t have many spies as high up in the government
as Blaze. He shouldn’t be going.

But neither he nor Jag saw
the wisdom in that. When I’d mentioned it to my dad, he hadn’t
looked away from his notes and said, “Jag does what he
wants.”

And that was the
solid-silver truth. He didn’t care that he was only fourteen, or
that I was; he never considered that the few adults in the
Resistance might know more than him. Sure, he acted like he
listened, and he asked for opinions, but in the end, Jag always did
what he thought best. And apparently, sending his older brother to
Freedom to evacuate Insiders was what was best.

As his second-in-command,
I thought my opinion meant more.
Obviously
not
, I thought as the lights surrounding
Blaze blinked and wavered.

I’d been risking my life
for almost two years for Jag Barque and the Resistance. I believed
in it fiercely. I felt caged inside a life with no purpose, with no
way out, and the Resistance gave me an anchor to hold onto. Jag and
I worked together seamlessly. Though we didn’t always agree, we
kept the end goal in sight. Our methods differed, but our
determination to see this through to the end did not.

I just hoped the end
didn’t include my death. The knot of tension in my stomach
tightened as the teleporter whirred. Blaze blinked and
wavered.

Teleportation to Freedom
took two minutes, twelve seconds. Dad worked at his instrument
panel to cancel the record of the outgoing teleport while I
replaced images of Jag with fantasies of Vi. That should have eased
the clenching in my gut, or at least brought a smile to my face.
But no. All it did was remind me of how dangerously close I was to
losing her.

If the Resistance gave my
life purpose, then Vi gave it joy. We’d been best friends for
years, but at some point the friendship morphed into something I
couldn’t quite name. All I knew was that I loved her.

More than the
Resistance?

The question mocked me
inside my own head, but it rattled around in the tone of Director
Myers.

Vi meant more to me than
the Resistance. Infinitely more.

I hadn’t told Director
Myers that, but he’d figured out how incredibly close to my heart I
held Vi. She needed me in much the same way the Resistance did. And
while she was broken, I believed she’d find a way to fix herself.
Just like our society. It was broken, but I believed we’d find a
way to repair it.

And so I’d volunteered for
this mission to Freedom. But I dreaded it as well. Because I might
run into Director Myers. He’d given me an ultimatum last week via
e-comm.
Choose, Zenn. Jag or
Violet.

But if I put Director
Myers off much longer, he could do something drastic. Like kill Vi.
He’d said as much in his latest message.
You can’t play both sides on this one. And time’s not on your
side.

The fact that he knew
Jag’s name and how deep I was involved with the Resistance scared
me. I could’ve been one of the prisoners taken; what I knew could
be extracted and I could be left for dead.

The fact that he knew
about my infatuation with Vi brought a crippling terror to my
throat. Director Myers was not to be trifled with. He had the power
of the entire Association on his side, and I was inconsequential to
his end goal. As was Vi.

“
Ready, son?” Dad’s voice
snapped me out of the place in my mind where I imagined Vi
bleeding, her life drifting away along with the beauty in her
eyes.

I stepped into the
teleporter. As my particles shook and blazed into fire, the image
of Vi dying shifted to the murderous look I’d see on Jag’s face
if/when he found out I couldn’t help him anymore.

I could hold my breath for
almost four minutes. I didn’t practice because I liked to push the
limit. I did it so I could travel to Freedom without passing out.
Two minutes, twelve seconds had become nothing over the years. I
could probably hold my breath that long in my sleep.

But sleep was nearly a
thing of the past. I didn’t do much of that anymore, not since
joining the Resistance just before my thirteenth birthday. And I
gave up the habit altogether once Director Myers started hissing
threats over my comm.

The last thing I needed
was him inspecting my dreams.

His threats had started
coming in a couple of weeks ago. I’d been dodging Vi since then,
spending more time on my work with the Resistance.

But the Resistance is a
poor replacement for Vi. The Resistance didn’t look at me with
those turquoise eyes and pouty smile. It didn’t breathe my name
next to the lake and send me illegal e-comms in the middle of earth
science class. I didn’t dream about kissing the
Resistance.

Because of the great
distance, my particles reorganized agonizingly slow. After a few
seconds, I could make out Blaze standing next to the wall of Rise
Eleven, typing something into it. A bright light flashed, but by
the time I could draw breath and take a step, it faded into
blackness.

“
You’re the Assistant
Director of Seaside. You’re not going.” I didn’t care what Jag
said/did. I didn’t care what Blaze said/did. This was
my
life on the line, and
I wasn’t going in there with someone who could compromise the
entire mission, no matter what assurances Jag had given
me.

“
I’ll get the Insiders
myself,” I said, my voice creeping up in volume. “Have the
teleporter ring ready.”

“
I just need you to have
the teleporter ring ready.”

Blaze looked like he was
going to argue again, but he didn’t. “Fine. I’ll stay
here.”

“
Damn straight you will.”
I strode to the edge of the building. I didn’t turn to see if he’d
conceded. He’d stay.

Beyond the alley, the
streets of Freedom stretched into a black abyss. I’m not gonna lie,
my heart pumped into overdrive, spreading fear and adrenaline
through my body. I knew this city. I’d been here countless times
over the past few years.

And I hated this place
with every cell in my body. The lair of the most powerful
Directors. The birthplace of mind readers and schools to teach
people how to use and control others. Freedom epitomized everything
the Resistance fought against.

I stayed inside the
shadows, which wasn’t difficult on this moonless night. The height
of the buildings would’ve blocked any light from reaching the
immaculate cement anyway. Rise Twelve towered in the distance a
mile away. To the untrained eye, it looked as sleepy as the rest of
the Rises.

But I saw the flicker of
light on the roof that indicated someone stood there. I noticed the
flip of a curtain on the fifth floor which meant someone was
breaking curfew. I caught the flash as the front entrance opened
and closed, quick as a blink.

Despite the chill, I
arrived at Rise Twelve sweating. I needed a nice long break after
this. Midnight missions to enemy territory were taxing, especially
when you’re perched on the pinnacle of two impossible
decisions.

I’d always choose Vi. I
would not be responsible for her death, for any more suffering than
she’d already endured. With her dad gone and her mother on her case
all the time, she needed a safe place. I wanted to be that person,
that place. No matter what.

A Death in Valencia by Jason Webster
His Bahamas Affair (The Albury Affairs) by OW, Christina
THE GREAT PRETENDER by Black, Millenia
1 The Assassins' Village by Faith Mortimer
Black And Blue by Ian Rankin
LEGACY BETRAYED by Rachel Eastwood
Tom Swift and His Atomic Earth Blaster by Victor Appleton II
Escape Out of Darkness by Anne Stuart
Stardust (The Starlight Trilogy #3) by Alexandra Richland
Secret Sacrament by Sherryl Jordan
Our partner