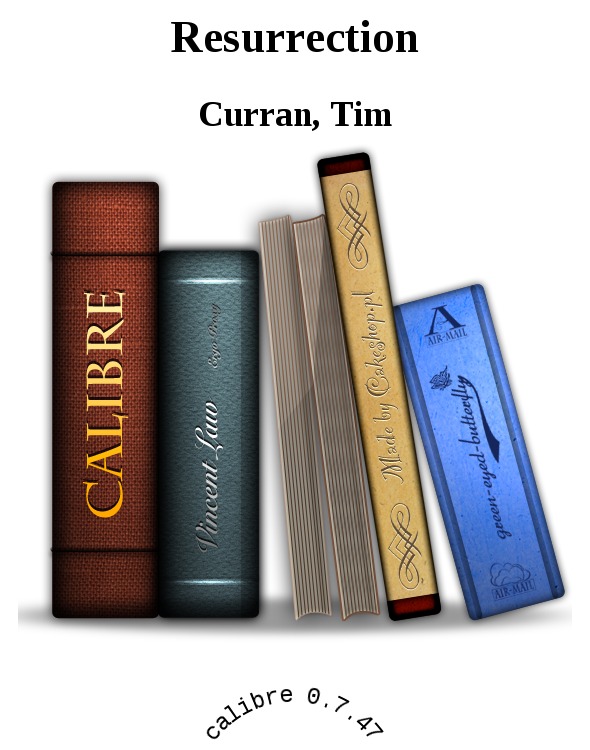 This was Witcham in the teeth of the storm:

A bog of sucking black mud and rising waters. The rain had been falling for four days nonstop and just after ten that night, it reached its peak. Truth be told, it did not just fall, it hammered down from the heavens. It sprayed and lashed and turned the roads to mud and filled cellars and pissed in through every available crack. Bolstered by sixty-mile-an-hour winds, it ripped off roofs and punched in windows and blew doors right off their hinges.

And by midnight, the cement wall hemming in the swollen Black River completely collapsed, sending a wall of water rushing through abutting neighborhoods. Particularly River Town, a historic part of Witcham. And not just water, but filth and debris and sewage from backed-up drains. Terrified as their houses crumbled around them, people ran out into the streets and were driven under the rippling mud and lost for good. Block by block, the lights blinked out one by one like somebody had drawn a single, masking shade. And then there was just darkness and wind and destruction, the rain pouring down.

The darkness, however, was not absolute.

It was spotty, a murky dreamlike half-light cut by elongated shadows. And had you been able to withstand the onslaught out in the open, you would have seen that wall of water strike Hillside Cemetery with incredible force. The hills it sat on did not just gently erode away, they
dissolved.
They disintegrated, exhuming things best left buried, creating a massive mudslide of bodies and headstones and rotting caskets that washed down into River Town, engulfing the neighborhood in a deluge of coffins and corpses. Tombstones speared through the walls of houses, caskets erupted through living room windows, and hundreds of cadavers ended up in the flooded streets, some standing upright in the mud and others caught in trees and bushes and wedged in doorways as if they were preparing to knock.

This was not just a night of fierce storms and flooding. This was the night the dead came out of their graves.

Later, Alan Sheeves wished dearly that he’d just gotten out like the others.

Meg was pregnant and the waters had been rising for days, but he had steadfastly held to the idea that the rain would stop and the waters would simply recede as they had other years. But that didn’t happen. And maybe down in his guts, he knew it wouldn’t. There had been no sleep for either of them that night. Just a tense cuddling with Meg under the covers, the both of them holding on for dear life as the storm battered the little house, making it shake and tremble on its foundation. The rain sounded like pellets. Like thousands of pellets striking the house.

And then, on around midnight as darkness and rain licked at the windows, a rumbling. A roaring wall of noise as the river burst its banks and rolled through the neighborhood, washing houses away and uprooting trees and vomiting the charnel waste of Hillside Cemetery into the streets.

Alan and Meg became aware of that when the picture window downstairs shattered and wind and chill rain blew through the house.

“Probably a tree branch. I guess I better have a look. You stay here.”

But Meg wasn’t staying there. She threw on her robe,
the thick terrycloth one,
and went down the stairs with him. Eight months along, it was no easy bit for her going up and down the stairs. Alan had even offered to set up a bed in the living room for her, but she’d have none of it. But that was Meg. Eight months pregnant or not, she would not let it slow her down or alter her lifestyle anymore than necessary.

The lights were out, but Alan had seen that coming. He had flashlights by the bed and a couple gas camping lanterns all primed and ready to go. Flashlight in one hand and lantern in the other, he moved down the narrow stairs, smelling the water and the night and something else that just did not belong: a putrescent odor. Like something had died and been washed into his house in the dead of night.

In the living room, water spraying into his face, he stepped around the fragments of glass while Meg waited behind him.

“Be careful for godsake,” she said.

Setting aside the lantern, Alan put the flashlight beam on the thing that had broken his window. Not a tree branch at all. But an oblong shape, a box dripping water and covered in mildew and clots of earth. A coffin.

“A casket,” she said for him, a note of panic just beneath her voice.

He swallowed. “Goddamn Hillside must have washed out of all things.”

He stepped forward, panning the light over the intruder to his happy little home. The box was old, pitted and discolored. It must have been in the ground for decades. Thank God it hadn’t burst open and spilled…well, spilled anything onto the carpet. It was wedged through the window tightly, just wide enough to slip through the pane. It was probably only a matter of shoving it back out.

You seriously want to touch that thing?

But he knew he didn’t have a choice.

There was no way in hell Meg would sleep with a goddamn casket stuck through the side pane of the picture window. She was a good kid in every way, but she was also a little on the superstitious side. Partly because of her Catholic upbringing and partly because she liked to read books that scared the hell out of her.

“Let’s get out of here,” Meg said. “I don’t like this, Alan. I’m not too adult to admit that this is freaking me out.”

“All the same nothing. I’ll just push it back out.”

It was the only thing he could do. There was no other choice. Outside, beyond the windows, a river of black water was flowing through his yard. The rose bushes were gone along with the picnic table, the street invisible. Nothing out there but rushing water and bobbing debris. Maybe alone he might have chanced it, but not with Meg. Not with Meg.

Behind him, she lit the lantern.

He went over to it and put his hands on it. Jesus, it was cold and slimy. The wood was soft. It gave under his fingers and he didn’t like the idea of that. The idea that he might give it a good push and his hands would go right through it, his fingers brushing up against a polished skull or rotting grave clothes. Sucking in a sharp breath, he placed his hands flat on the slimy wood and applied some pressure. The box did not move. But the wooden panel at the end bulged inward an inch or so with a mournful, unpleasant creaking.

“C’mon, it’s harmless. If it was full of Tinker Toys it wouldn’t bother you, would it?”

“No, Alan, it wouldn’t,” she said, her tone of disapproval growing. “But I’m pretty sure there’s no fucking Tinker Toys in there.”

He just shook his head. The rain was still falling hard out there, but the wind had lessened. That was a good thing. At least the house was no longer shaking. He pressed his hands back against the box, feeling an almost atavistic repulsion against touching it. He gave it a shove. Then another and another. It wasn’t moving.

“Now I push a little harder.” He smiled. “No harder than pushing out a baby.”

“Just leave it there,” she said again.

“If I leave it there, you’ll never get any sleep and you need your sleep.”

“Like I’m going to sleep anyway. In case you haven’t noticed, Alan, there’s a coffin trying to get into my living room.”

Funny. Well, she might have been eight months down the road, but her mouth still worked just fine.

Bracing his feet, he put his hands back on the end of the coffin and gave it everything he had. The box moved maybe an inch or two before the panel bowed in again and a trickle of black water came oozing out, running over the back of his hands. He yanked them away like he’d been scalded, letting out a little cry. God, of all things. Drainage from a coffin.

Meg giggled into her hand. “It’s just a wooden box, Alan. That’s all it is.”

He chose to ignore her amusement. Yes, it was just a wooden box hammered together in a casket factory somewhere and a spider was just a spider, still you didn’t want to go touching one if you could help it. And you sure as hell did not want to grab a fat, juicy one in your palm and squeeze your fist shut until that spider’s soft body pulped in your hand and brown juice ran between your fingers. And the coffin—and the juice running from it—gave Alan about the same sense of aversion and disgust.

But it had gone beyond that now.

At first, he was hesitant to touch it. Then merely revolted at its feel. But now he was simple pissed-off. The storm wasn’t bad enough. The damage to his house and yard were not enough, now he had a fucking coffin stuck in his window. And that sonofabitch was going back outside whether it wanted to or not. He put his hands on the box again and this time, he really put his back into it. His back and his upper body strength, which was considerable after working in a lumberyard these past twelve years. The panel almost completely collapsed, but before it did the box moved five or six inches, enough so that most of its length was hanging out the shattered window. Gravity did the rest. The casket balanced precariously there for a moment or two, then fell out the window.

It hit the water with a great splash, stood straight up and down like a ship about to go under, bobbed for a second or two, then righted itself, twisting in a lazy circle as the current found it and carried it away. It joined that gently rushing river of filth and bobbing things. And was gone from sight.

“
That wasn’t so bad, was it?” he said. “Just needed some convincing was all. A little push to show it who was in…”

Alan’s words dried up in his mouth.

For one crazy second in the glare thrown by the flashlight beam, he’d thought somebody was standing out in the street. But that was crazy. Nobody could stand out there. At least not for long.

And it was nothing. Just a shadow or something swept by in the current. That’s all. There was nothing out there now but that black, oily water and all manner of flotsam caught in its pull.

Alan did. They were muddy and dark. “Grab me a towel from the kitchen, will ya?”

“
You’re not going to wipe that crap on one of my towels.”

Sighing, she turned from him and then stopped. Stopped dead as he stopped himself. He could not have just heard what he’d thought he’d heard. Not on a night like this. Not in a storm like this. It just couldn’t be. But then it came again: a slow, insistent pounding at the front door.
Thud, thud, thud.

But he ignored his wife, things flowing through his brain, thoughts that told him how there could not be anyone out there knocking. Not tonight. It just wasn’t earthly possible. There were other thoughts, too. Thoughts that told him to take his wife by the hand and run upstairs, pretend that he had not heard a thing.

But that was silly…wasn’t it?

The porch angled away to the side, so he could not see who was out there from the living room window.