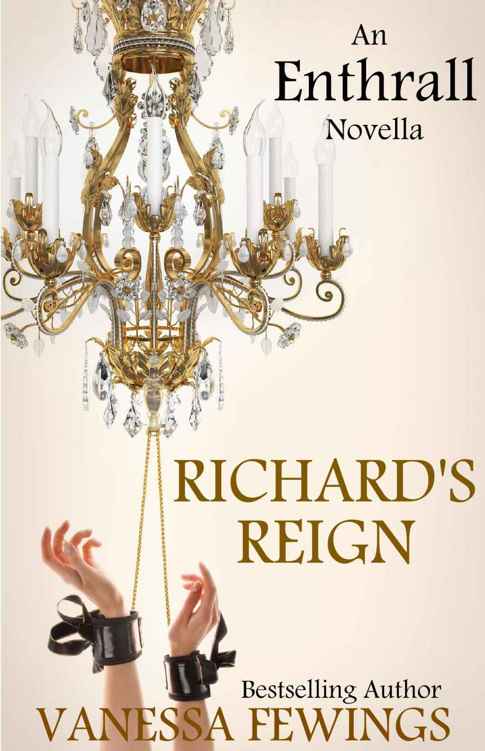 FBI Anti-Piracy Warning: The unauthorized reproduction or distribution of a copyrighted work is illegal. Criminal copyright infringement, including infringement without monetary gain, is investigated by the FBI and is punishable by up to five years in federal prison and a fine of $250,000.

All rights reserved. No part of this book may be used or reproduced in any manner whatsoever, including Internet usage, without written permission from the author.

This story is a work of fiction. References to real people, events, establishments, organizations, or locales are intended only to provide a sense of authenticity and are used fictitiously. All other characters, and all incidents and dialogue are drawn from the author’s imagination and are not to be construed as real.

“One must still have chaos in oneself to be able to give birth to a dancing star.”

Just how I liked it.

Wind whipping my clothes, this rush of air, the peacefulness of nothing.

Gravity owning me as the ground drew near.

Skydiving, the wind blasting my face, my body pummeled, death nipping at my heels and the arrogance of knowing I’d survive.

Those painful thoughts returning and my inability to outrun them, or even outfall them, reminding me I’d messed up
again
.

And lost my lover to another man.

The same arrogance that had led me to pursuits like this. The same trust that made me believe giving my girlfriend to my best friend to train was a great idea. A stellar endeavor that was supposed to turn out a world-class submissive. After all, this brilliant dominant who I’d entrusted her to was renowned for his unique talent that turned our lovers into legends. He was also the same person who’d pulled me back from the brink time and time again, saving me in Dr. Cameron Cole’s own indelible way. His psychological craft so effective that those of us who endured his special brand of therapy survived it with a sense of having saved ourselves; a profound statement of his brilliance.

Though genius was not without consequence.

Left her outside Cameron’s Malibu beach house knowing full well he loved her more than me, and he was fatefully waiting inside.

No
, it wasn’t that he loved her more…he loved her differently. The kind of passion I’d never seen in Cameron before, the kind that made him willing to give her up for me.

Cameron and I shared an endearing “bromance” - a connection as strong as brothers. Cameron had counseled me back from the edge of madness, back when my life was all about my father’s betrayal and my fiancée’s suicide. I’d been there for Cameron, too, when his life had spiraled after his fiancée Zie had betrayed him and he’d called off their wedding. Together we’d gone on the ultimate bender at Chrysalis which had left subs in our wake, giddy and sated. Cameron, me and Shay - our club’s head of security - had drunk and fucked our way into mythic status.

Cameron had always been such a private man. A good man. So, I threw myself onto my sword and gave him what he deserved: The love of his life - the woman who was meant to be mine.

I’d lied to myself that Mia would come round and learn the ways of a high-class submissive and enjoy being subjugated as she bowed down to me as her master. She only responded to Cameron like that. Proof that her soul had bonded with his…that only one man could truly set her free.

I’d had no choice but to shake my bad boy ways and do the right thing for once. Even if it meant my heart was going to be ripped out of my chest. Getting over her seemed impossible.

The strike to my back sent me spinning.

A flash of a face.

He shot up and that white cloud of a parachute billowed behind him, sending him rising.

My flesh crawling as I realized the danger.

Plummeting. Spinning. So close to blacking out.

My hand tugging, slipping off and trying again, my breath stuttering to fill my lungs with the air it forgot it needed. The cord ignoring these frenzied attempts, palms sweaty, fingers numb as they fumbled.

Unable to tell which way was up or down—

Refusing to give up, forming my body into a D-arch to slow my rate.

Fucking death in the mouth as the ground came up fast.

A yank backwards and I flew upwards, my canopy cordial enough to respond to that final frantic tug and blasting open, slowing my descent.

The patchwork ground now a solid color of dark green and fenced off boundaries becoming smaller.

With legs bent, my feet hit the dirt hard and I tumbled into a sprint until the parachute’s drag rescinded. I leaned forward, both palms resting on my knees as I sucked in adrenaline- drenched breaths.

Standing tall I howled my joy.

I STASHED MY parachute in the back of the van, grabbed my backpack and slung it over my shoulder.

Brendon was busy organizing the equipment in the corner of the vehicle. When he saw me he dropped what he was doing and jumped out the back. He grabbed my arm and guided me around to the front. The other five jumpers didn’t need to hear this.

“Did your cord fail?” Brendon whispered.

“I packed your chute. It passed.”

If I told him the truth he’d be on my case.

“What happened up there?” he said.

“If your equipment failed I need to know.”

“You’re an experienced skydiver, Richard. What the hell’s going on?”

“You scared the shit out of me.”

He didn’t need to hear I’d loved every second.

He nodded, looking unconvinced. “Any plans for tonight?”

“Have a couple of invites. Tossing up which one’s best. You?”

He glanced at the van. “We’re all getting together at Universal City. They hook up the East Coast link on the City Walk so you can watch the ball drop in Times Square.”

“We’re gonna eat dinner up there first if you wanna join us?”

“Thanks, I really appreciate that.”

“I’ll text you the details.”

“Great.” I gestured I should go.

Head down, I made my way on over to my open-top Jeep Wrangler.

I jolted to a stop.

A young, petite woman leaned against my jeep door, her arms casually folded across her chest, her deep brown eyes flitting nervously.

“Can I help you?” I asked sternly.

She stepped away, realizing the car was mine. “Mr. Sheppard?”

“I’m afraid you have me confused with someone else,” I said, spewing the well-practiced lie.

A life lost to the past when I’d distanced myself from my father’s illegal shenanigans, namely convincing strangers to trust him with their investments. An endeavor that had ended up losing millions for the trustees, ruining the Sheppard name, which I no longer went by, and landing my father in a North Carolina jail.

The main reason I was living in the desert known as Los Angeles and not New York, the city of my birth and the place I’d never call home again.

“We spoke on the phone?” she said, making it a question.

Lifting my backpack off my right shoulder, I threw it over the jeep door and onto the passenger seat.

I gave her a sideways glance remembering her name as Sienna. Our conversation flashed back. Something about her boss, Andrea Buckingham, wanting to talk to me. Probably to discuss her bad investments or those made by a member of her family after trusting the one-time king of Wall Street.

Fuck. This hell was destined to follow me forever.

I wondered how they’d found me.

Being summoned by one of American’s A-list actresses stirred my intrigue. I’d caught a couple of her movies last year that had been surprisingly good. Andrea had been likened to a modern day Audrey Hepburn, but that fame came with an annoying entourage and the paparazzi tight on her heels.

As a solitary man who hated cliques and cameras we were ill-suited to be friends.

She shrugged. “When I called you I was outside your home.”

A stab of annoyance that she’d followed me here.

“That was impressive.” She pointed to the plane. “You kind of left it late to pull your cord.”

“Sure that was me?” I glanced back at the van.

She oozed all those interesting traits of servitude that I admired - soft-spoken, polite, and easy to control with a fresh-faced innocence. From her lack of confidence I could tell she was new to this town, vulnerable. Her jeans and T-shirt were all business and her demeanor was that of a loyal personal assistant.

Her plump, sunburned lips and flushed cheeks revealed she wasn’t used to this climate. From the way she avoided making eye contact I knew she’d make a stellar sub, a natural. She swallowed her nervousness.

I’d never go for naive again. A promise I intended to keep.

“I’ve already told you,” I said. “I’m spending New Year’s Eve with friends.” I cursed myself for breaking her stare though she probably wasn’t smart enough to catch my lie.

With no intention of having to endure this spectacle of their happiness and my failure, I was actually going to stay home tonight with Winston, my lovable British bulldog.

I had an NFL special to watch and a fifty-year-old bottle of cognac chilling on ice.

“She’s forgiven.” I opened the door and climbed in.

Sienna ran around to my side and leaned forward. “Look, most men would give their right arm for a chance like this.”

Hearing that old surname made me cringe. I waved her back from the jeep. “I go by Booth.”

An Atheist in the FOXhole: A Liberal's Eight-Year Odyssey Inside the Heart of the Right-Wing Media by Joe Muto
A Hint of Rapture by Miriam Minger
Color: A Natural History of the Palette by Victoria Finlay
Secrets at Sea by Richard Peck
Driver's Ed by Caroline B. Cooney
Counterweight by A. G. Claymore
Patience, Princess Catherine by Carolyn Meyer
Spike by Jennifer Ryder
The Long Good Boy by Carol Lea Benjamin
Juvenilia by Miguel Cané
Our partner